SANTA CLARA, Calif. — Gonzaga’s Rui Hachimura loved the cheers from the kids in attendance. It reminded him of home in Japan.

Hachimura, who is Japanese and Beninese, noticed fans who looked like him during Gonzaga’s game at Santa Clara in late January. Santa Clara County has the largest percentage of Japanese in any county in California.

“There were half-black and half-Japanese kids that I saw at this game. I know they are watching me. And I have kids in Japan that are really watching me,” Hachimura said after scoring 16 points in just 18 minutes in the 98-39 blowout win over Santa Clara. “I’m Japanese. I am really happy about how they react to me. They follow me. They watch me on the internet.”

But in Japan, Hachimura is an inspiration.

“They have a lot of challenges in sports, not just basketball but other sports,” Hachimura said of biracial Japanese kids. “There is a lot of discrimination. It’s not crazy, but I don’t want them to feel bad for themselves. I want them to enjoy playing sports in Japan. …

“We have a lot of good athletes in Japan. It’s great. I have to be next, in basketball.”

Hachimura was born on Feb. 8, 1998, in the Toyama prefecture of Japan to a Japanese mother and Beninese father. His brown skin stood out in a country that is 98.5 percent Japanese. Exaggerating only slightly, he said his father was “the only black guy in Japan” and his parents reminded him of racial incidents he had growing up, including children telling him, “You’re black. Go away.” Hachimura endured comments about his skin color while playing youth basketball too.

“They looked at me like I was different,” Hachimura said. “I got used to it. It is what it is because they don’t have but so many black people in Japan. … They were really nice to me in junior high school or high school.”

Hachimura said he also takes pride in his African heritage and visited Benin, which is located in West Africa, when he was 7.

“I am really proud about being half-African and half-Japanese,” Hachimura said. “It’s rare. I’m glad to be like this.”

Hachimura started making a name for himself on the basketball court when he averaged a tournament-best 22.1 points per game for Japan at the FIBA U-17 World Championships in Dubai in 2014. He also scored nine points in the 2015 Jordan Brand Classic International Game in Brooklyn, New York. When he signed with Gonzaga, Hachimura became the fifth Japanese-born player to play NCAA Division I men’s college basketball.

“There is not exactly a wide, paved road of high-level McDonald’s All Americans coming from that island. But he’s a different cat,” Gonzaga men’s basketball coach Mark Few said of Hachimura.

Few has had his share of international players over the years. But none arrived in Spokane, Washington, without knowing English, like Hachimura.

“It was a challenge,” Few said. “We had to really think about what we were saying. We were talking over him often. I kept telling the staff that he is retaining about 10 percent of the stuff that we are saying. Slow it down and let’s get the main points over. The following year we ramped up to 50-60 percent. Now, he knows exactly what we are saying all of the time.”

Hachimura acknowledged he had second thoughts about his decision to come to Gonzaga after struggling 4,800 miles from Japan in his freshman year. But he wasn’t going to give up on his dream of making the NBA and being a role model.

“Communication. Language. That was very hard,” Hachimura said. “It’s different. Here and Japan are, like, the opposite things. Maybe I was thinking about going home a little bit, but I couldn’t quit. I had a bigger goal. I am playing for my national team too. I couldn’t do it.”

“We kept him around us and, thankfully, he listens to rap music,” Perkins said. “That’s how we communicated with him. That was a mutual language. … He listened to 21 Savage and Drake. He knew what they were saying. We had to say, ‘Rui, this is what they actually mean.’ Now he speaks better English than me.”

Hachimura said he’s enjoyed learning about other cultures since moving to America and found it refreshing to see so many biracial people like himself. He has also enjoyed getting to know African-American culture and the pride that comes with it.

“I like the music. Food. We have a confidence. That is a big part for me,” Hachimura said.

Hachimura, who was on the bench watching Gonzaga in the Final Four in 2017, is now the star on a Bulldogs team hoping to make history by winning its first national championship. Named a semifinalist for the Naismith Player of the Year award, the 6-foot-8, 230-pound forward is averaging 20.6 points and 6.7 rebounds for Gonzaga, which is 29-2, including a win against Duke this season.

And thanks to the help of Gonzaga basketball’s video staff, Hachimura’s parents and grandmother back in Japan are watching all of his games.

“They have the internet and they watch somehow,” Hachimura said. “The video coordinator sends them videos after the game. They watch every single game. They’ve been watching me play basketball since I started playing. They are happy about it for sure.”

Gonzaga has four NBA draft prospects on its roster, several scouts said: Hachimura, forward Brandon Clarke, guard Zach Norvell and center Filip Petrusev. The most heralded is Hachimura, who could be selected in the top 10 of the 2019 draft, several NBA scouts told The Undefeated. ESPN currently projects Hachimura, who is expected to enter the draft after this season, as the 14th pick.

“Rui has improved every year and still hasn’t reached his ceiling,” one NBA assistant general manager told The Undefeated. “He has a good feel for the game and has shown versatility at both ends of the court. His playmaking and ballhandling will translate to the NBA. I still don’t trust his shot totally, but I think that it will improve with repetition and working with a solid player development coach. With the proper work ethic, he could eventually be a starter in the NBA.” 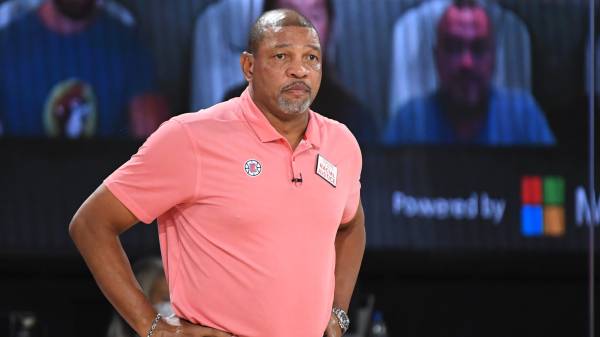 The first basketball player of Asian descent to play in the NBA was Japanese-American guard Wat Misaka, who played three games for the New York Knicks during the 1947-48 season. The first Japanese player in NBA history was Yuta Tabuse, who played four games with the Phoenix Suns in 2004. Yuta Watanabe, the Memphis Grizzlies’ rookie forward, became the second this season.

Hachimura, however, has the potential to be the best and most impactful Japanese basketball player.

“There are a lot of half-Japanese and half-black kids, especially in the Tokyo area,” Hachimura said. “I want to be the guy where they say, ‘I want to be like him.’ ”