There are few moments that can evoke a childlike sense of wonder out of a 6-foot-7, 300-pound offensive tackle. Then again, watching a 24-foot whale shark casually swim in one of the world’s largest fish tanks could have that effect on anybody.

This was the scene at the Georgia Aquarium on Wednesday evening as the third annual Celebration Bowl kicked off with a reception welcoming both the Grambling State and North Carolina A&T student-athletes, coaching staff, friends, families and sponsors.

For the more than 350 people attending the kickoff dinner, the night featured great food, rousing speeches as well as a private tour of the aquarium for the teams.

“This was a great start to a very festive, enjoyable week for the student-athletes, coaches [and] staff,” said Mid-Eastern Athletic Conference (MEAC) commissioner Dennis Thomas.

While the sharks, whales and other creatures initially captured the student-athletes’ attention, it wasn’t long before the thrill of competition stole the show.

“Getting to play Family Feud,” said Brandon Parker, the Aggies’ all-conference offensive left tackle, “that was kind of nice. They didn’t do that the last time we were here.”

In a matchup that pitted five Aggies players against five Tigers, the two teams squared off in the Family Feud of Champions. Whether it was the hilariously incorrect answers — Auburn was named as a school whose mascot is a bird — or the absence of host Steve Harvey’s horrendously loud suits on the game’s televised version, the game just seemed better.

Despite the laughter that echoed off the ballroom walls, there was an intensity on both sides that will rival that of Saturday’s contest. Neither side was willing to let the other gain an edge. While crowd participation was originally prohibited, it soon became the game’s greatest feature, with both sides helping their teammates as best they could.

The crowd eventually made a difference and gave Grambling the victory. For many players, seeing their opponents without helmets and shoulder pads was by far the biggest takeaway.

“Just to see that the other team wasn’t [obnoxious],” said Martez Carter, Grambling’s starting running back. “It was actually fun, man, [especially] the reaction that we got from the crowd.”

With the championship game just three days away, having this friendly competition was healthy. Unlike the infamous 1986 Fiesta Bowl dinner, no team should come into Saturday’s game bearing any preconceived malice about its opponent after Wednesday’s reception.

While the event provided both teams the opportunity to fraternize with their opponent, they didn’t lose track of their goal: 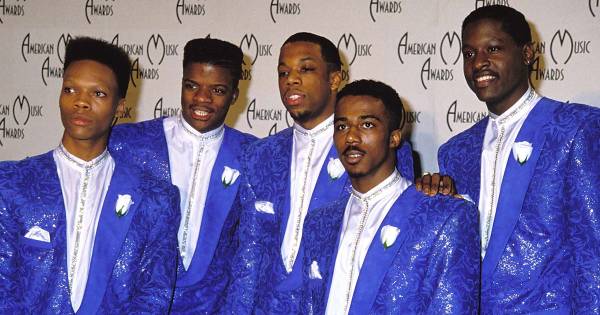 “We are still coming out with the mindset to dominate and win the game,” said Parker.

Just like the demeanor of the whale shark, the first interaction between the two conference champions was amicable. By Saturday, they will flip that competitive switch.

And when the time comes and one side begins to smell blood in the water, you’d better believe they won’t hold anything back.