Her quadruple-double (15 points, 10 rebounds, 10 assists and 10 steals) on Jan. 3 against Alabama State made her the fourth woman to achieve that mark in NCAA basketball history and the first since Soja Tate of Arkansas State did it 24 years ago against Mississippi Valley State.

This season, Hill has been selected twice as the Southwestern Athletic Conference (SWAC) Women’s Basketball Player of the Week, gained a national player of the week honor and reached the 1,000-point plateau.

Hill, a 5-foot-7 native of Little Rock, Arkansas, grew up on an Air Force base and had her first basketball by age 3 because it was a family affair. Her second-oldest brother, Raheem Appleby, broke Karl Malone’s scoring record at Louisiana Tech and played basketball overseas for Aries Trikala of the Greek Basket League. Her mother, LaTonya Cole, played basketball until college, and her younger brother, Tyree Appleby, plays at Cleveland State University.

“I don’t think that [playing basketball] was ever decided by me. I think that was decided by my parents, and all my family plays basketball, so it was never a question about whether I was going to play,” said Hill, a junior majoring in psychology.

“My favorite part about basketball would have to be the winning. I am a really competitive person, so I really don’t like losing. … I don’t know how to handle losing. Like growing up, I never really lost — maybe six games since middle school.”

Hill played all four years at Hall High School in Little Rock and helped the Lady Warriors to the state championship her sophomore year. Since coming to Grambling State, she’s played in every game and has been a full-time starter the past two seasons. 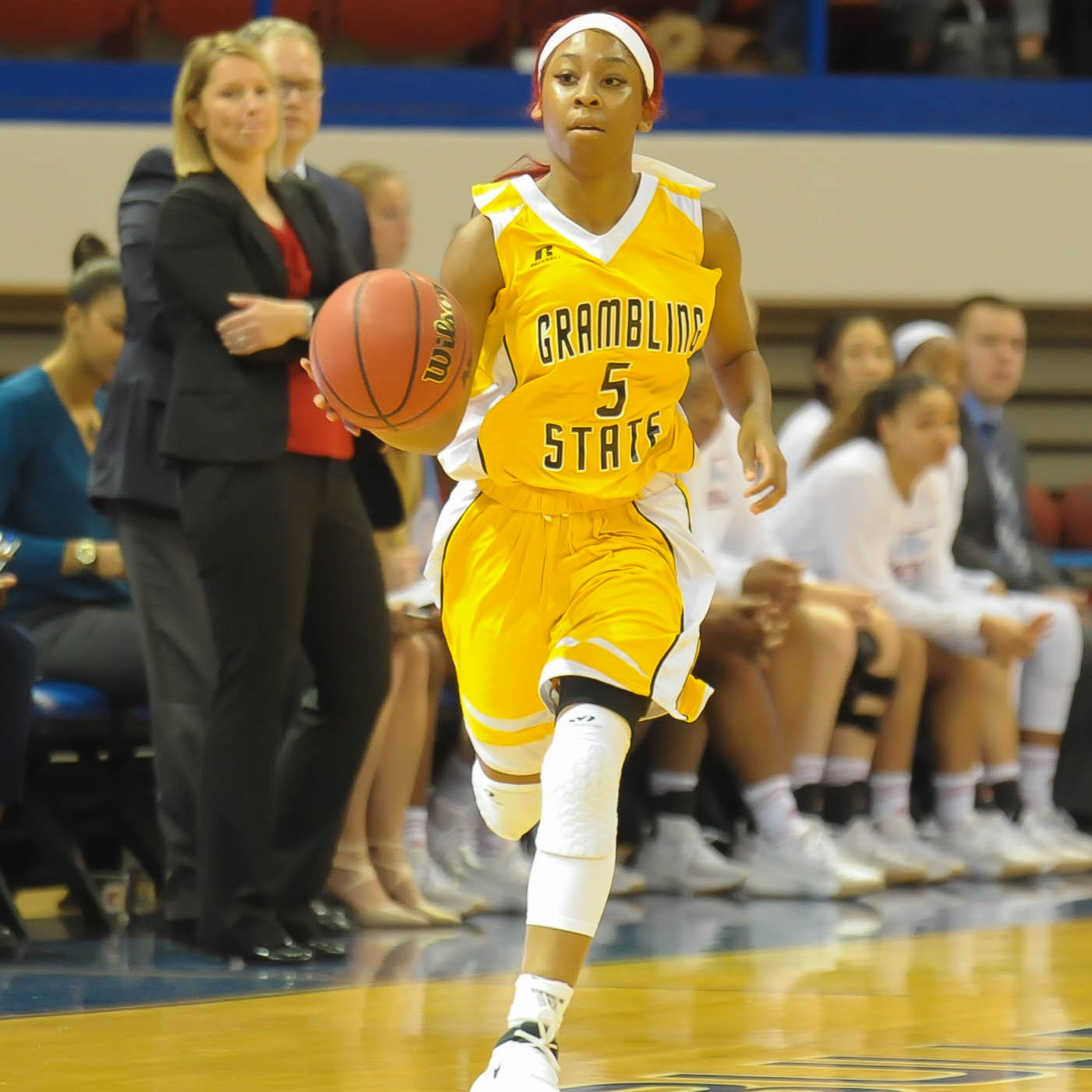 The Lady Tigers are 7-11 overall and 4-3 in conference play. The team is focused on winning the SWAC regular-season championship and the SWAC tournament. Hill said she feels nothing but support from her teammates and coaches over her quadruple-double.

Hill’s ultimate goal is to play professional basketball in the WNBA or overseas. Her backup plan is to become a lawyer.

“Since our freshman year, I have seen her grow tremendously. She’s been staying true to her game, attacking the basket, doing everything that a point guard is supposed to do. She shares the ball, she’s not selfish and makes everyone feel like they are a part of the team,” said Grambling State guard Jazmin Boyd.

The sports world showed her major love on social media after her big moment. She received congratulatory messages from the Houston Rockets’ James Harden and Chris Paul and Jacksonville Jaguars running back Leonard Fournette, a retweet from Skylar Diggins and more. Her favorite came from Cavaliers forward James.

At breakfast before the team was set to play Southern University in Baton Rouge, Louisiana, coach Freddie Murray showed her the video. She burst into tears because he is one of her favorite players. Another cool effect was her Instagram following going from 8,000 to 20,000 in less than 24 hours. On Wednesday, it reached 26,400.

Murray is proud of more than Hill’s quadruple-double. He says she’s playing “lights out” basketball, her basketball IQ has improved and she’s more accustomed to the speed of the game than she was when he first met her.

“It’s very special. Point guards are the coach on the floor. That’s the position that any coach wants to try to address first. We are blessed to have her playing great basketball for us and having her on the team for the next year. She is our quarterback of our team, and without her we wouldn’t be where we are right now,” said Murray.

Murray says she has what it takes to play professionally. But before that we’ll see her leading the Lady Tigers to new heights.

Miniya Shabazz is a Rhoden Fellow and a junior mass communication major from Laurel, MD. She attends Grambling State University and is a staff writer for The Gramblinite.