It’s a unique honor for the freshman to be chosen as among the best in the U.S.

Haileigh Adams is a walking contradiction.

“I’m not even gonna lie … when I was younger I didn’t watch soccer as much,” the Grambling State University soccer star said. But her rise to national prominence has taken more twists and turns than even she knows — or anticipated.

As a freshman playing varsity at Bishop Alemany High School in Mission Hills, California, the speedy defender played in 19 games, showcasing rare athleticism at that position, quickness and field vision while scoring two goals along the way. As a sophomore, Adams’ star was illuminated; colleges looking for players with Division I potential put her on their radar — and the Pasadena, California, native continued her ascent, playing 18 games, even bagging two goals.

Then came the fall: an ACL injury to her left knee toward the end of that critical sophomore year. Colleges, anticipating what would amount to 10 months to a year off, moved on to the next Haileigh Adams.

Portland State University was one of the schools keeping tabs on Adams. Justin Wager, then the school’s recruiting coordinator, had heard about the two-sport rising star (she also ran track) from her older brother, Vernon, a former quarterback at Eastern Washington University who’d moved on to play professionally in the Canadian Football League.

[“Vernon] reached out to me and said, ‘Hey, my little sister is a good soccer player. I played at Eastern Washington, so I know Big Sky schools — she’s talented,’ ” Wager recalled of the conversation with Adams’ 24-year-old brother. “But the thing about it is, she tore her ACL at the end of her sophomore year. That’s a critical time for soccer players, heading into your junior year, when a lot of the schools make the offers. She was out for, oh, gosh, 10 months or so, and so a lot of those schools dropped off. She missed the D-I window for a lot of them.”

While Adams worked to come back from injury, having missed her entire junior year, Wager, who had been coaching women’s college soccer for 16 years, was also thinking about a change in his career. With Portland State’s head coach abruptly retiring, Wager, the team’s first assistant, thought he might be given a shot to lead the program. “Even though I was next in line, they said it’s a female-only position, we won’t even consider males.”

Meanwhile, Adams was back to form. She’d switched from defense to forward, led the Warriors in scoring with 14 goals (and 11 assists) and earned conference MVP honors. Still, only two schools showed interest: Eastern Washington (with a partial soccer scholarship) and Marymount California University in Rancho Palos Verdes, California — with a track offer.

The offers weren’t aplenty for Wager either. After putting his name out there, the Kennewick, Washington, native was scooped up by the unlikeliest of schools, some 2,300 miles away: Grambling State University in the Southwestern Athletic Conference (SWAC).

With the job in hand, Wager made the pitch to Adams to join him in the bayou.

“It kind of fell into my lap.”

The job, and Haileigh Adams.

‘Grambling was absolutely the place for me’

When Adams walked onto campus to get the official school tour, she felt something. “Grambling was absolutely the place for me,” she explained. “I’m so glad I chose this school over Eastern Washington. It was my first time out here was when I came to move in. It was really nerve-wracking, but I’m glad I made the move.”

Adams felt even more comfortable on the pitch, joining a program that had only one win the previous year. Settling back in on D, Adams would be the only freshman on the three-woman back line, playing center back in the Lady Tigers’ 3-4-3 formation. The Tigers finished the season 11-7-2, good for second in the conference and runners-up in the SWAC tournament. Adams had made a name for herself, logging 1,800 minutes, contributing to eight shutouts and having been subbed once the whole season.

“In the past, things, the talk was, ‘Oh, it’s the SWAC — they’re not that good,’ ” Wager explained. “But, I’ll be honest with you, this year, in talking to coaches, even SWAC coaches who have been here a while, they said the talent level, my goodness, has improved tremendously in the last three years. And that can be witnessed just looking at the number of nonconference wins [two] the teams had.”

Their surprise finish put the Lady Tigers (and Grambling State University) in the respectability conversation. “Louisiana Tech played their second string against us and beat us 9-0 in 2016,” Wager recalled. “This year, we lost 3-2 in overtime in their best year in school history. And we outshot them seven to three for shots on goal, and should have won the game.”

For Adams, named the team’s newcomer of the year, she’d be rewarded with an invitation to attend the United States women’s national soccer team (USWNT) under-19 training camp May 5-12 in San Diego, becoming the first SWAC women’s soccer player invited to a USWNT training camp.

“It’s exciting and pretty cool because I did it as a freshman. That’s what really gets me,” said Adams, a business management major who is considering studying to be a veterinarian. “My family is in shock; they can’t believe this is happening either. It’s crazy. I never thought this day would come.”

The camp will feature U18, U19 and U20 national team players with roughly 22 to 26 representatives per age group all looking to make the full roster for the U.S. national teams. The opportunity and exposure — for Adams, Grambling, historically black colleges and universities (HBCUs) and African-American female soccer players — cannot be overstated.

Wager understands that, perhaps more so than Adams. “If you look at the roster, you have three players [from] UCLA, you have two players [from] Stanford. I think there’s six Pac-12 girls, ACC has three or four girls, SEC has two or three girls. There are zero mid-majors [represented]. I mean zero. Nobody that’s outside of the top 50 programs in the country except for Haileigh on that roster. So, yes — it’s huge.”

For somebody who admittedly didn’t watch a ton of soccer growing up, somebody who has to think long and hard for a female soccer player she idolizes, Adams does realize that this is something of a dream realized.

“Of course, making the national team would be huge,” Adams said when asked to forecast the next year. “And, hopefully more recognition and hopefully getting called up to the senior team. And, of course, I have to represent for HBCUs and African-American women. This is so huge … I just have to go out there, kill it and make this team.” 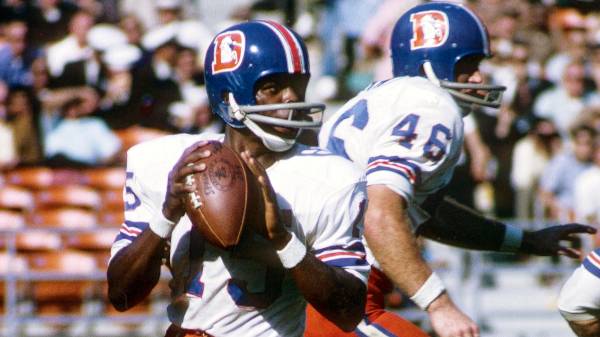 The rise and fall and resurgence of Marlin Briscoe Read now

Wager, a 38-year-old married father of three, is banking on Adams continuing her climb; after all, he’s been a witness to it every step of the way.

“I’ve sent four of my [former players] overseas to play full pro contracts, and two more should be going the next six months, in fact,” the coach said. “That’s one thing I will do for my players. I try to promote them. I try to get them opportunities. If they want to continue playing soccer competitively, by the time you graduate, I’ll do what I can to lobby for you to get opportunities, whether it’s England, Australia, Iceland.”

Or, in Haileigh Adams’ case, San Diego — for now.