Groin injury might slow Howard’s Makur Maker, but not the team’s progress

It’s a headline that, two games into the season that began with great anticipation, hit like a violent aftershock: Howard Bison shutting down Makur Maker indefinitely …

Some read it as possible turmoil in the Howard men’s basketball program after consecutive losses. Others assumed Maker might have been rethinking his dramatic decision to play at a historically Black university. Howard coach Kenny Blakeney wants to set the record straight.

“I just want to put this out there and be very transparent: [Maker’s] very happy at Howard,” Blakeney said. “He’s happy with his teammates and he’s not abandoning or leaving because we have an 0-3 start.

“So let’s put that out there and let’s not confuse any of this narrative with that.”

Maker, it was revealed by Blakeney after Howard’s loss on Friday to Division II Queens University, made his college debut with a groin injury. Maker had 11 points and eight rebounds in the season opener against Belmont on Thanksgiving Day, followed by 12 points and four rebounds in 19 minutes against Queens. Maker is not likely to play in Howard’s home opener against La Salle on Wednesday, and Blakeney is unsure when his prize recruit will return.

“I wish I was a medical doctor, and I wish I could have him back tomorrow,” Blakeney said. “With these types of abductor injuries or strains, he just has to get through the proper treatment. We’re going to take every precaution.”

You could see, through the first three games, why Blakeney has been warning followers to temper their enthusiasm. The Bison, winners of four games last season, trailed by as many as 30 in the second half of the 95-78 season-opening loss to Belmont and fell victim to 51.6% shooting from Queens in the 85-71 loss on Nov. 27.

Blakeney said he can’t make an assessment of Maker through his first two games. He didn’t suit up in Saturday’s loss to George Mason.

“It’s unfair knowing he was injured,” Blakeney said. “He’s been injured, and he’s been trying to do the best for Howard University and his teammates since he’s been here.”

Despite the 0-3 start, Blakeney, in his second season as Howard’s coach, said his team has been much improved through three games over last year.

“Our first game, we had a top-65 efficiency on offense against a good Belmont team,” Blakeney said. “Just in terms of analytics, we outperformed them on the offensive end.”

Yet, winning the analytics games doesn’t win basketball games. And just as much as it’s become cliche to describe basketball as a make-or-miss game, it’s reality that true success is determined by wins and losses.

Howard’s 0-3 start could be attributed to a defense that allowed 88 points through three games, with George Mason hitting a school-record 17 3-pointers (after making just two in its previous game) in a 84-70 win over Howard on Saturday.

Blakeney says the defensive rotations on 3-point shooters were not a problem. 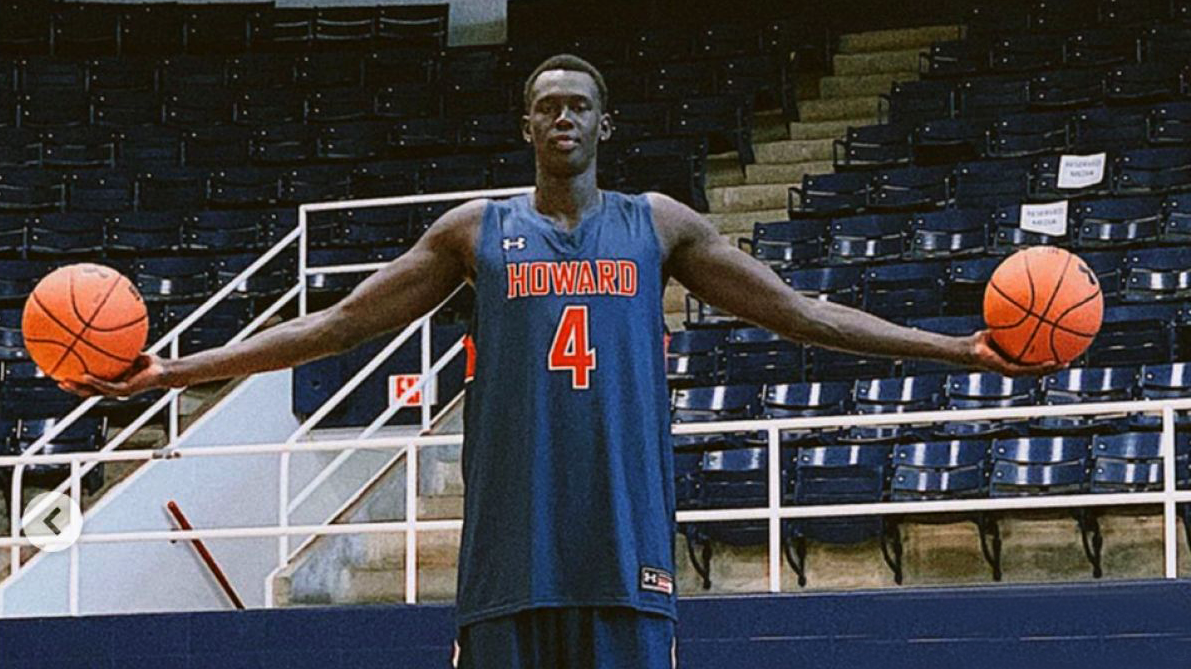 “They’re not a high-percentage 3-point shooting team and had to break a school record to beat us,” Blakeney said of the game against George Mason. “The game plan that we instituted, we did exactly what we wanted to do offensively and defensively. We knew for them to beat us, they had to make 15-plus 3s. They made the shots.”

The shot-making will come with experience. While Maker showed flashes of his skills in the two opening games, he’s on a team that played five sophomores and five freshmen in its three games this season.

Once Maker’s healthy, a true evaluation of his talent will come when he’s playing with Howard’s full complement of players. Nojel Eastern, the transfer from Purdue, is still awaiting NCAA clearance. Wayne Bristol Jr., the MEAC Rookie of the Year last season, is expected back to practice this week after recovering from a shoulder injury.

“We’re not judging our team on what the scoreboard says. Our goal is to get better every day. We’re miles ahead of where we were last year after three games. We have to stay the course and continue to put in the work.” – Howard coach Kenny Blakeney

The mood of Howard after opening the season with three losses?

“Upbeat,” Blakeney said. “We’re not judging our team on what the scoreboard says. Our goal is to get better every day. We’re miles ahead of where we were last year after three games. We have to stay the course and continue to put in the work.”

And focus less on the outside noise focused on possible problems at The Mecca.

“I know how this thing works,” Blakeney said. “Anyone who thinks that is not in tune to what is currently going on in our program.”