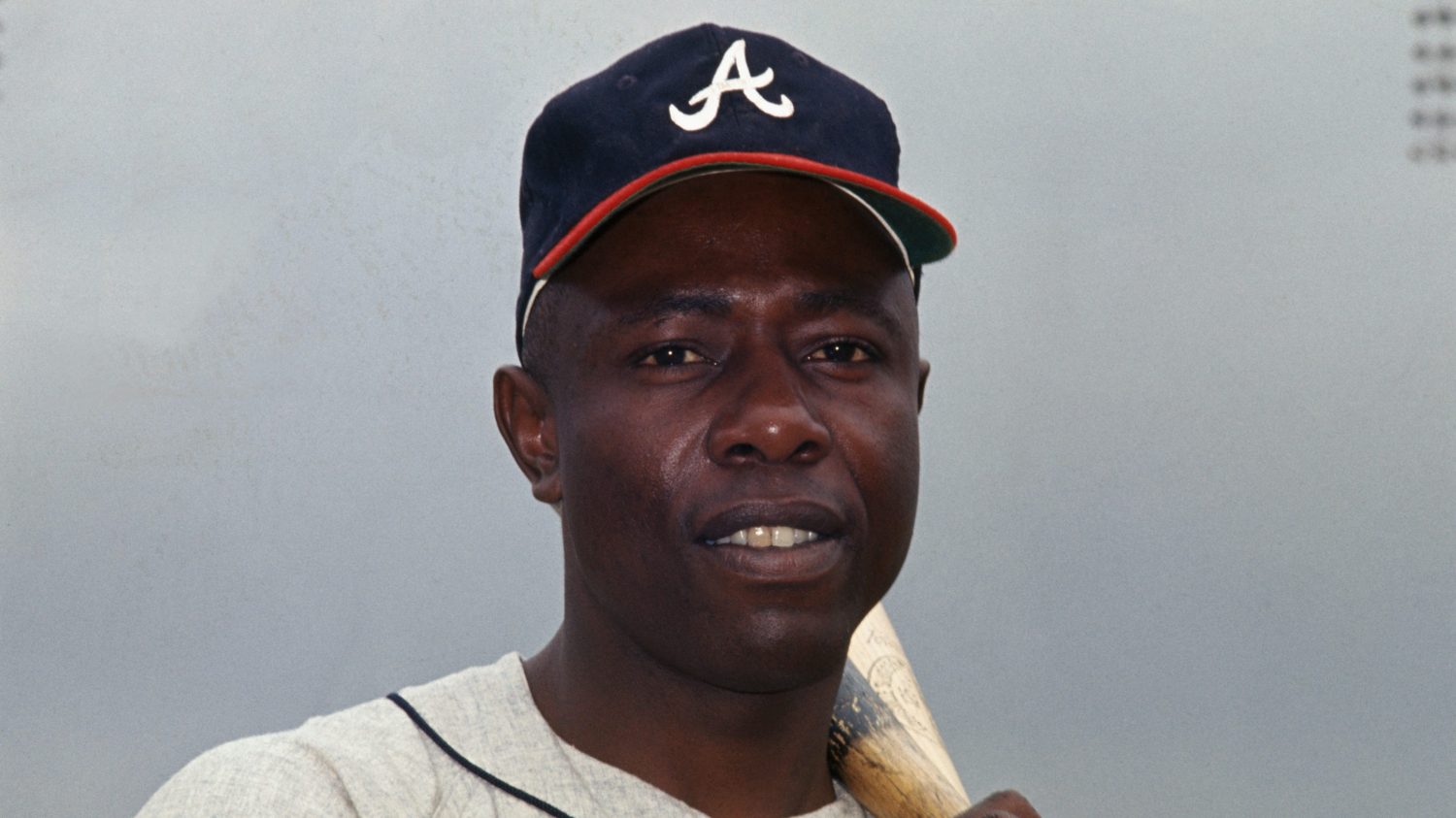 Hank Aaron is shown in this close up. He is shown as an Atlanta Braves outfielder during spring training. Getty Images
MLB

Hank Aaron on his time in the Negro Leagues: ‘It gave me opportunity’

Henry “Hank” Aaron was born in Mobile, Alabama, in 1934. In February 1952 he turned 18 and joined the Indianapolis Clowns of the Negro Leagues. He played outstandingly for the Clowns, at one point leading the Negro American League in batting average, runs, hits, doubles, home runs, runs batted in and total bases. He drew the notice of major league scouts, and was signed in June 1952 to the Boston Braves’ minor-league team, the Eau Claire Bears. He rose quickly through the minors, and in 1954 was called up to the major league roster for the Braves. Aaron played with the Braves for 20 seasons, from 1954 to 1974, and had one of the greatest major league careers in history, eventually being inducted into the Baseball Hall of Fame.

In August 2020, Aaron wrote about his Negro Leagues experience for the foreword of the upcoming book Comeback Season: My Unlikely Story of Friendship with the Greatest Living Negro League Baseball Players, by Cam Perron with Nick Chiles, which will publish March 30.

Let me start by saying if it hadn’t been for the Indianapolis Clowns offering me a chance to play in the Negro Leagues, I don’t know what would have happened to me. I have no idea what I would have done. They gave me the opportunity to keep playing a sport I wanted to play more than anything in the world.

When I was growing up in Mobile, Alabama, I taught myself how to hit by swinging at bottle caps with a broomstick. When you don’t have a lot, you take it upon yourself to learn how to do things, to discover what you are capable of. But I never thought I was developing some kind of special talent by learning how to hit bottle caps. It’s just what we had available. My friend Cornelius Giles, who is no longer with us, would pitch the bottle caps to me. Or I would toss them up myself. We would do this all day long.

I’ve heard people say that the bottle caps gave me the eye to later hit a baseball so well, but I don’t know if that’s true. I feel like God was the one who gave me the eye to do some of the things in baseball I wound up doing. In addition to that, I took it upon myself to learn how to play the game the way it’s supposed to be played. I told myself: No matter what happens, you have to be the best you can possibly be.

The first professional baseball game I saw was when the Clowns came to Mobile when I was fourteen, in 1948. They were playing against little scrap teams that were put together from players in Mobile. I was excited by what I saw on the field, but I also had an important realization that day. I knew I could play on the same level as those guys. I could compete on a professional level.

The atmosphere at that game was so much fun; the Black community was so excited. We had no other forms of entertainment — to us, this was baseball at its height. This was our major league. I saw kids on the field that day who easily could have put on a Major League Baseball uniform and played in the white league — though I wasn’t thinking about the white league at the time. [Jackie Robinson had debuted with the Brooklyn Dodgers only a year earlier.] I just enjoyed watching them play.

I was seventeen years old in November 1951 when I heard from the Clowns that they wanted me to play with them the next year, after I turned eighteen in February. They sent me a contract for $200 a month. I thought I was in a dream. I couldn’t believe I would get an opportunity to play in the Negro Leagues — and they would actually pay me. It was the greatest thing that had ever happened to me. Two hundred dollars seemed like an awful lot of money — I felt like I was robbing the bank. I had certainly never seen that much money. When I was growing up in Mobile, a nickel was a lot of money to me. But to be honest, I would have played in the Negro Leagues for free; I just wanted to play baseball.

When I left Mobile and showed up to spring training in Winston-Salem, North Carolina, I didn’t know whether I would even make the team and get a uniform. It was a lot colder in North Carolina and I didn’t even have a jacket or warm clothes. All I was thinking was that I had to show them I could play.

When I walked out on the field for my first game wearing a Clowns uniform, I felt like I was something special. I was getting a chance to do the thing I had been wanting to do my entire life. I still wasn’t thinking about the major league, about playing in the white leagues. I was just thinking about showing that I was capable of playing in the Negro Leagues, against that level of competition. If somebody had told me at the time that this was the highest I would ever go in baseball, I would have been fine with that. After all, we had no other choice at the time but to think that this was the highest we would go, and that we just had to do the best we could. We didn’t know whether we would have the opportunity to play in the major league.

I was lucky; they discovered that I could really hit the ball. God had put His hands on me. He had showed me the direction. I was so happy — I had $2 a day for meal money; I could wash my clothes every day, which was something I appreciated since I didn’t have anything else to put on. God showed me the way. I continued to have success.

Many years after my playing career was over and I had become an executive for the Braves, I heard that Major League Baseball was going to provide a pension to former Negro Leaguers, and I thought it was one of the greatest things that ever happened to the Negro Leagues. I was pleased that Major League Baseball was going to make sure things were made right. I didn’t have anything to do with it, but I was very happy when they passed it.

I was impressed when I learned of the work that Cam Perron is doing on behalf of former Negro League players, getting them what they deserve. I know how very, very important his work has been to them. They didn’t make much money when they were playing. Having an opportunity to receive a pension was one of the greatest things that could happen to them. There’s no question Cam should be applauded. For too many of the players, there was nothing there for them before.

Negro League baseball has been so important to my life. I won’t ever forget the way I felt when I walked on the field for the Clowns — like I was already in the major league. There was nothing else I wanted to be doing. And the Negro Leagues gave me the opportunity to go on to play Major League Baseball. Those months I spent on the Clowns helped me tremendously — not only teaching me how to play the game itself but also showing me that I belonged at that level. I’ll never forget that.

Excerpted from Comeback Season by Cam Perron with Nick Chiles. Copyright © 2021 by Cam Perron. Excerpted with permission by Gallery Books, a Division of Simon & Schuster, Inc.