The 700-win club for NBA head coaches is a hard one to get into. It has only 19 members among the 343 head coaches all time in the league’s 75-year history. This club also only has four active members in Gregg Popovich, Doc Rivers, Rick Carlisle and the newest addition, Nate McMillan.

Twenty-one years ago, McMillan reluctantly took over as an interim head coach for the Seattle SuperSonics. Today, the Atlanta Hawks’ head coach has 701 wins, is on pace to soon be the 18th-winningest coach in NBA history and has the third-most wins among all African American coaches in league history behind only Lenny Wilkens (1,332 wins) and Rivers (1,006).

“For me to even be in this position, I never even imagined it,” McMillan told The Undefeated. “I really didn’t. To coach over, what, 1,000 games and to win over 50% of them, I never ever imagined it.”

“It’s great because if guys get an opportunity, and it’s only one opportunity, then you have to make the most of that opportunity, or it’s going to go bad,” McMillan said. “And I think all of these guys are qualified. There’s a lot more out here that are qualified. This has been kind of a ‘who you know’ type of league, and that’s not to say that there’s some good Black coaches out here, too.”

McMillan did not have aspirations to be an NBA head coach while playing his entire career for the Sonics from 1986 to 1998. The defensive specialist averaged 5.9 points, 6.1 assists, 4.0 rebounds and 1.9 steals in 796 contests and was a two-time second-team All-defensive selection. He led the NBA in steals during the 1993-94 season.

McMillan earned the nickname “Mr. Sonic” and was an extremely popular player, viewed as a coach on the floor. The now-defunct Sonics also retired his No. 10 jersey.

McMillan credited former Sonics head coach George Karl for putting the first bug in his ear about coaching. After retiring, McMillan began his coaching career as an assistant under Paul Westphal with the Sonics during the 1998-99 season.

“When I was playing my last year, Coach Karl was there and I was injured,” McMillan said. “He always looked at me as a coach, and he would want me to come into his meetings and all of that. I was like, ‘Look, I’m still playing. I’m not going to do that.’ But he had offered me a position as an assistant, because I was going to retire that year, and then he got fired and went to Milwaukee. And Seattle wanted to keep me in Seattle. So, I got on to [Paul] Westphal’s staff as an assistant coach.”

Said Phoenix Suns head coach and ex-NBA player Monty Williams: “When I met him, he had no inclination of being a head coach. Now he is one of the best coaches in the league.”

On Nov. 27, 2000, Westphal was fired by the Sonics following a 6-9 start and after not seeing eye to eye with some of his star players, which included Naismith Memorial Basketball Hall of Famers Gary Payton and then-newcomer Patrick Ewing. McMillan thought that then-Sonics assistant coach Dwane Casey was deserving of the job and expressed that to management. Casey, now the Detroit Pistons’ head coach, told management that the players believed McMillan deserved it.

The Sonics ended up hiring McMillan as interim head coach at the age of 36 and Casey as associate head coach.

“Put the whistle on my neck, went downstairs and started coaching. So really, everything has been on the fly. I really felt like I needed to pay my dues as an assistant. I only spent one year as an assistant before I took over as the head coach,” McMillan said. 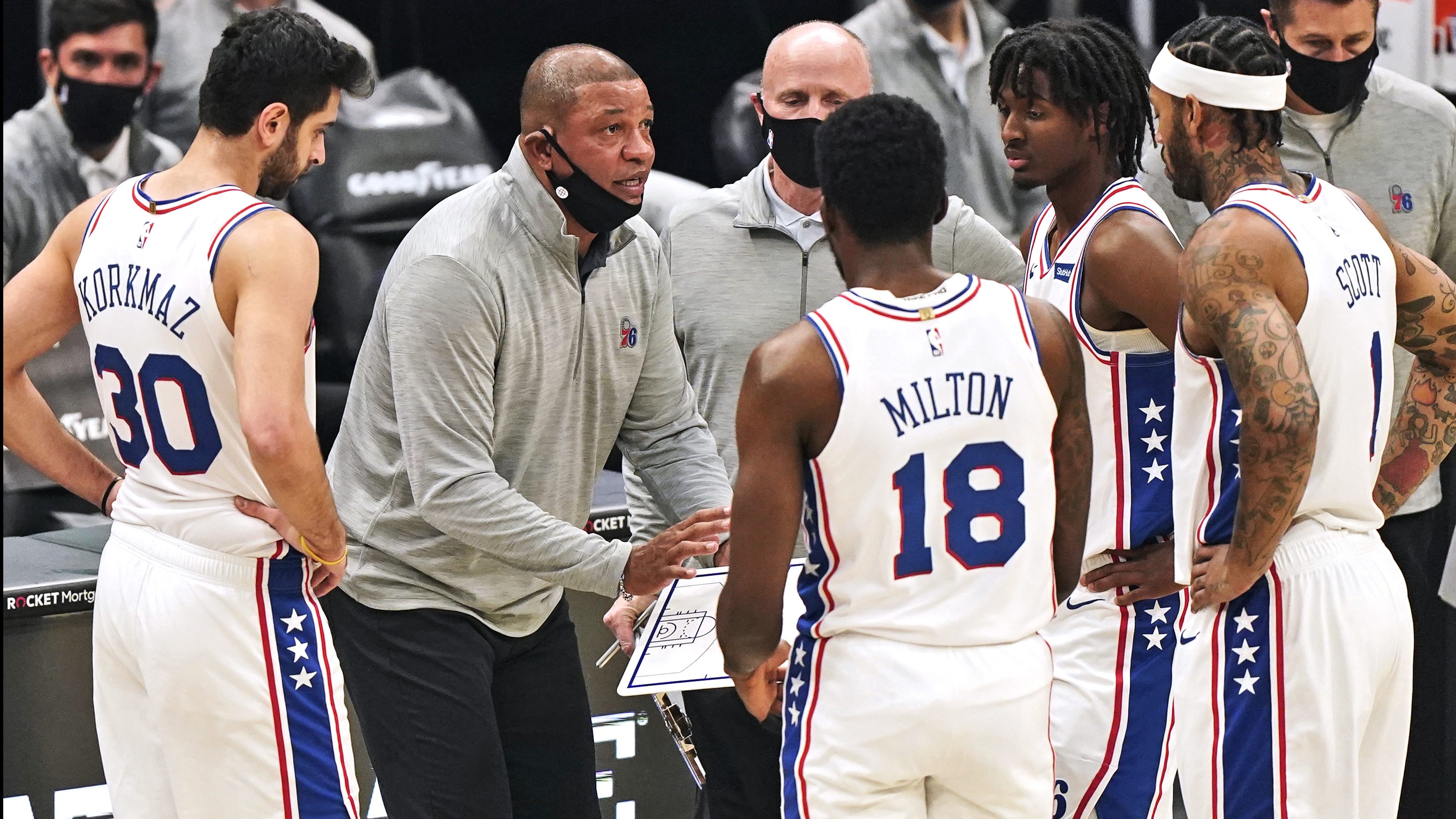 McMillan led the Sonics to a 38-29 record the rest of the 2000-01 season and was named the full-time head coach. During five seasons with Seattle, he coached the Sonics to a 212-183 record and two postseason appearances. McMillan also coached the Portland Trail Blazers to a 266-269 mark from 2005 to 2012.

Williams, the 2021 NBCA Coach of the Year and an assistant under McMillan from 2005 to 2010, credited McMillan for giving him valuable lessons during their time in Portland.

“I learned more in five years with Nate than probably any place I’d been,” Williams said. “When I was in San Antonio, that ship was already sailing so I didn’t know how to build. I got an idea when I was in Portland. I got a ton of latitude where he had to reel me in. It was good for me. I thank him all the time for how he helped my career, helped my family and helped me as a person.

“I love Nate and the success he’s had inspires me. He’s meant a great deal to my life and coaching.”

McMillan next coached the Indiana Pacers from 2016 to 2020, earning a 183-136 record and four playoff appearances without a losing season. The Pacers rewarded McMillan with a one-year extension on Aug. 12, 2020, while the franchise was playing in the NBA bubble in the midst of the coronavirus pandemic. Pacers president of basketball operations Kevin Pritchard said in a statement at the time that “between injuries and changes in personnel, he and his coaching staff have adapted and produced positive results. He also represents the franchise, the city and our state in a first-class manner.”

Those injury-plagued Pacers entered the playoffs as the fifth seed without star forward Domantas Sabonis, guard Jeremy Lamb and Victor Oladipo still trying to recover from a knee injury. The Miami Heat, who advanced to the 2020 NBA Finals, swept the Pacers in four games. And just two weeks after announcing the contract extension, the Pacers fired McMillan, with Pritchard saying in a statement that it was “a very hard decision to make; but we feel like it was in the best interest of our organization to move in a different direction.”

“It did hit me hard in the sense of how it happened — to get an extension and then a month later, to be let go, when you had all those injuries and you know that you’re without two of the team’s best players,” McMillan said.

“But I’ve been around long enough to know that that happens. I got caught up in a storm where Miami was playing great basketball, they swept us, and they ended up going to the Finals. That’s how good they were playing. But I just looked at it as Indiana, they found a way to remove me, and you move on.”

McMillan’s expectation was to take the 2020-21 season off. He initially declined an offer from then-Hawks head coach Lloyd Pierce to join his coaching staff as an assistant. But after an assistant coach left Pierce’s staff, he was able to convince his close friend, McMillan, to join the Hawks as an associate head coach.

“I knew what he was trying to do because I’d been there with my young team,” McMillan said. “He’s trying to take that team to another level, another step. And then I said, ‘Look, I’ll come down for a year, man, and try to help you.’ Basically kind of be a project manager.”

On March 1, the Hawks fired Pierce halfway into a season that began with raised hopes before being hampered by injuries. The Hawks had a 14-20 record and were in 11th place in the Eastern Conference. McMillan was immediately offered the job to be the Hawks’ interim head coach. It wasn’t until Pierce gave McMillan support to replace him that the latter agreed to take the job.

“I was comfortable with the role that I had,” McMillan said. “It was just tough to take that after seeing Lloyd work. And he and I had a conversation. He basically said: ‘You’ve got to take it. You’ve got to.’ He endorsed it. My thing was we’ll do this for the rest of the season and go from there.”

Under McMillan, the Hawks were the surprise team in the Eastern Conference and perhaps the entire NBA last season. They finished with a 41-31 record and landed the East’s fifth seed in the playoffs. Led by hot-scoring guard Trae Young, the Hawks defeated the fourth-seeded New York Knicks in the first round, the top-seeded Philadelphia 76ers in the second round and lost to the eventual NBA champion Milwaukee Bucks in the Eastern Conference finals. 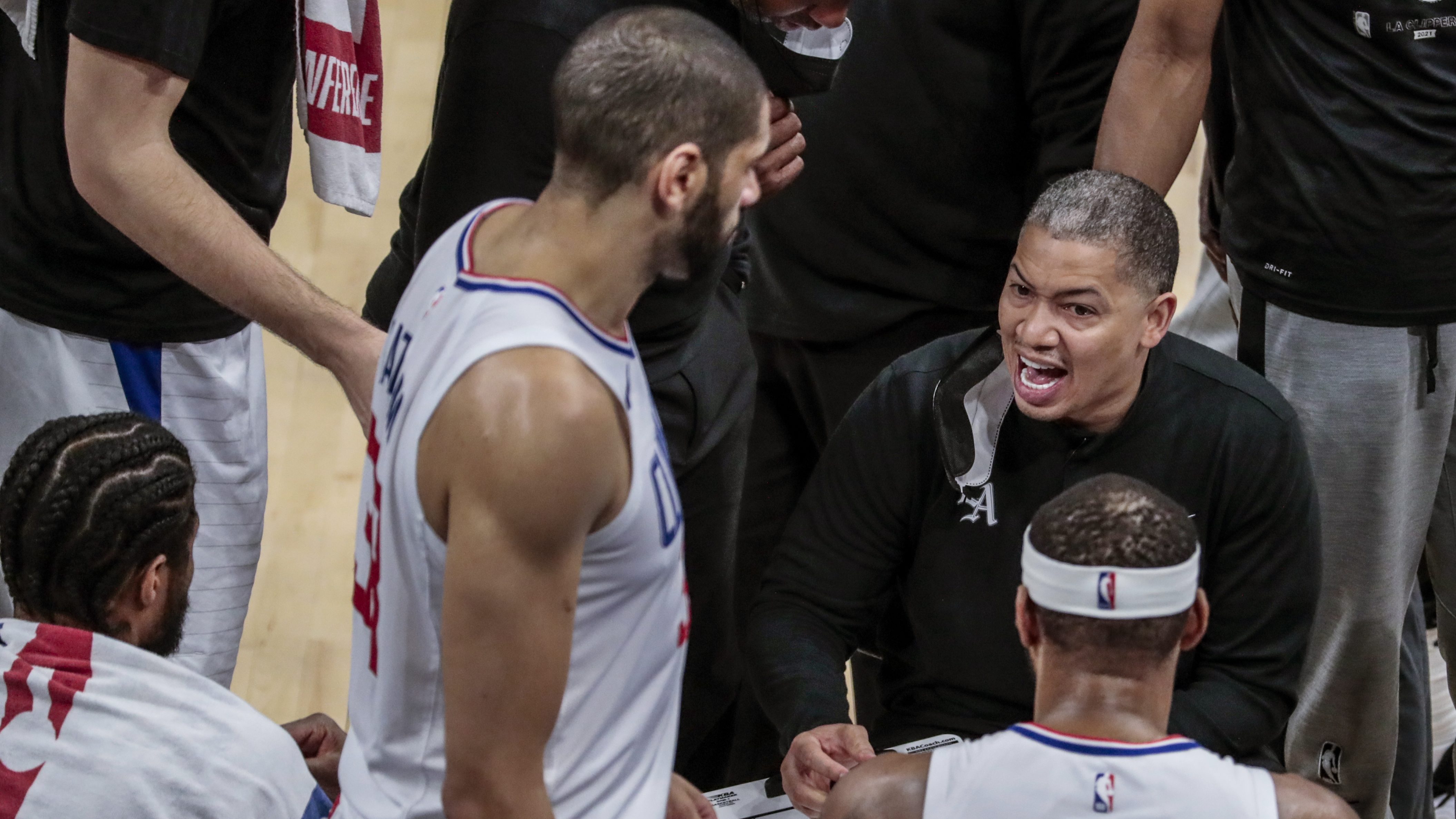 McMillan was essentially a pending free agent with eight NBA head-coaching openings available. With respect to the Hawks and the postseason, he didn’t want to entertain any openings elsewhere nor an extension in Atlanta until his season was over. McMillan said his agent told him that two other NBA teams with head coach openings were interested, but he never asked which ones as he only entertained possibly returning to Atlanta.

“The Hawks really started talking to us probably during the Eastern Conference finals,” McMillan said. “They were like, ‘Look, we want you to come back.’ My thing was just to stay focused on the playoffs. And at the end of the season, the conversation was had.”

McMillan was fond of Young and forward John Collins as the stars of the Hawks, and he liked the young roster and the foundation that the organization had built. But the 57-year-old also felt it was important to make sure that he and Young were on the same page before he agreed to return. Young became a big fan of McMillan’s last season and enjoyed the daily insight and advice he received from the former veteran NBA guard. The 2020 NBA All-Star also told management that he wanted McMillan to come back. McMillan said he and Young eventually had a great short conversation that solidified his return.

“He asked if I wanted him here. He knew that a big, big piece of team building is coach and the player that is the leader of the team. It was awesome. He thought about me when he was making his decision. It’s important,” Young told The Undefeated.

McMillan won’t make the Naismith Memorial Basketball Hall of Fame as a player, but could have an opportunity as a head coach. He enters Friday night’s game against the Brooklyn Nets seven wins shy of surpassing John Macleod to become the 18th-winningest head coach in NBA history with lots of basketball still to coach.

No job has come easily for him, with the Seattle and Atlanta roles coming after stints as interim coach, and he took over a Blazers franchise with salary-cap and off-the-court issues. In spite of that, McMillan now also ranks 20th all time in total games coached and will likely move up the ladder two spots this season.

Not a bad resume for an NBA head coach who never dreamed of being one.

“I’m kind of in awe of it and surprised, and a little bit shocked that I’ve been able to be in the game this long, and have a list of successes,” McMillan said.