The $1.5 billion esports industry, which is largely populated by white men, has few Black faces. That has begun to change over the past month with the formation of a historically Black college and university (HBCU) league on the horizon.

Organizers will announce this week a partnership with the Collegiate StarLeague (CSL), with some 2,000 schools and 100,000 players, to start a 16-team HBCU esports league to begin competition in early 2021. Two invitational tournaments slated for September (to celebrate the start of the new academic year) and October (a “homecoming” event) will introduce the new league.

Relatively speaking, HBCUs are late to the college esports game, with only a handful such as Morehouse and Tennessee State present in a landscape of thousands of predominantly white institutions that play for millions of dollars in awards and scholarships and billions in revenues.

Yet in partnering with the CSL, one of the largest college competition associations in the country, HBCUs are in position to catch up and capitalize fast with the endgame being a massive expansion of educational and vocational learning at the schools.

Besides competition, the organizers say, the HBCU league will emphasize an esports-related curriculum and career certification, research and development, and building a pipeline of future professionals in the sport and the business (who, ideally, would further their careers at the HBCUs).

“This is not one of those fly-by-night ideas that we really just put together,” said longtime gaming executive and sports business entrepreneur Marc Williams. He collaborated with Wim Stocks, CEO of the CSL, and Rod Chappell, executive director of the Atlanta-based marketing company HBCU Direct, to form the new league. Williams, who was appointed last month to create the new esports program at Florida Memorial University in Miami, is the league’s commissioner, with Chappell serving as associate commissioner and general manager.

The league won’t be just about gaming

Williams and Chappell, both of whom have extensive esports marketing backgrounds, go back more than 20 years. Williams and Stocks, who said he knew little about HBCUs and their involvement in esports, began planting the seeds for this venture about three years ago. Chappell and Williams connected at September’s gathering of the White House Initiative on Historically Black Colleges and Universities, where Williams gave a presentation about the potential of esports on HBCU campuses.

For them, the notion of a sizable HBCU entrance into the esports universe seemed like a no-brainer, so to speak – especially for the schools.

“As big as sports are, and that’s how they’re thought of, it’s hard to get additional sports onto HBCU campuses,” Chappell said. “That’s why we’re emphasizing education, curriculums and full-time careers. Coming in this manner, in a much broader ecosystem than just sports – as actual education – that really got [the participating schools] interested.”

All the schools that have seriously committed to esports have approached them this way, as conduits for their computer-savvy and tech-minded students to put their interests and skills to even more practical use. While the upcoming HBCU league is new, some schools have been competing on their own in various competitions for years, particularly ones with well-developed STEM (science, technology, engineering and math) programs.

“These companies understand that HBCUs are an integral part of their [gaming] community, but they are genuinely interested in creating opportunities for us.” — BerNadette Lawson-Williams, Johnson C. Smith professor and program’s coordinator

Morehouse has fielded a competitive team in recent years, and Johnson C. Smith will have a team competing this year as part of an esports-specific curriculum in its sports management degree program. It only makes sense, said BerNadette Lawson-Williams, a professor at Johnson C. Smith and the program’s coordinator, to take a group of students who love playing, get them competing collectively and steer them to the companies that invest in the sport and need interns and employees.

“These companies understand that HBCUs are an integral part of their [gaming] community,” Lawson-Williams said, “but they are genuinely interested in creating opportunities for us. We’ve actually had these kinds of conversations, these raw conversations with these companies. We’re looking at an authentic, long-lasting partnership.

“We don’t want, ‘Just play our tournament,’ and then we’re gone.”

Hampton, under the leadership of sports management professor David Hughes, has also begun laying the foundation of an esports curriculum, with a significant assist from a $340,000 technology grant from the Department of Homeland Security. As with the Johnson C. Smith program, Hampton’s curriculum focuses on teaching and training students for careers beyond playing, and includes a certificate program that doesn’t require a college degree or enrollment. 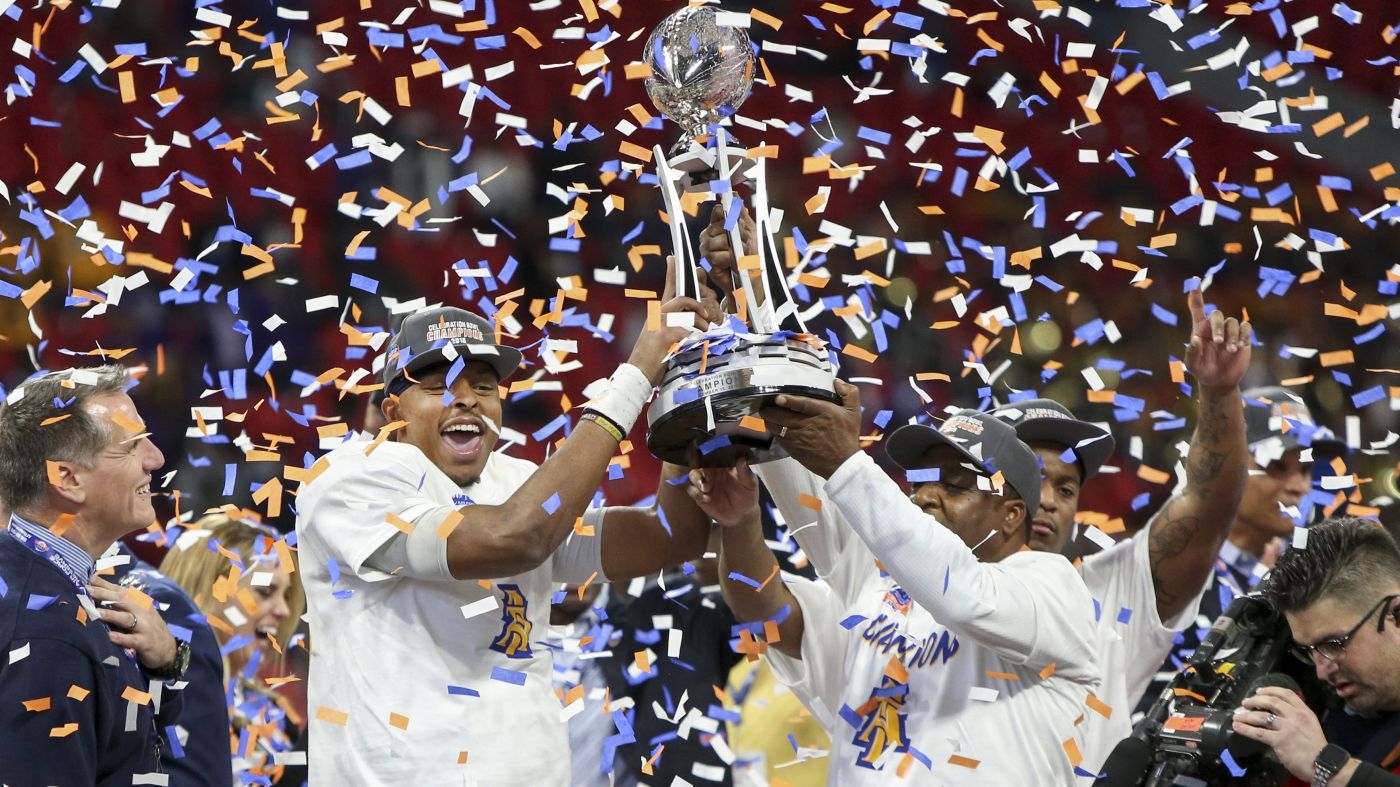 The Mid-Eastern Athletic Conference, even while navigating its membership crisis among its traditional sports members, announced in July it was partnering with Minnesota-based Blaze Fire Games in a league to begin play this month. Blaze Fire had previously partnered with Tennessee State, Benedict College and Texas Southern on esports participation.

Last week, Twitch, one of the primary streaming services carrying esports programming, collaborated with the Atlanta-based Black-owned marketing firm Cxmmunity for HBCU esports content, including teams from Hampton and Morehouse.

With HBCUs’ traditional sports in turmoil amid both chronic financial challenges and the COVID pandemic, the esports advocates agree that serious involvement in this sport makes perfect logical sense. “That’s the most exciting thing about it – there’s finally a level playing field,” Lawson-Williams said. “As long as our students have access to a laptop or a phone, there’s level ground. If you have good Wi-Fi, you’re good.”

Still, producing a full-scale HBCU league into a prominent intercollegiate association is a major leap forward.

“This is going to be big,” promised Chappell. “But we’re ready.”