Hip-hop finally gets the government stamp of approval

The four new postage stamps are dope, but long overdue

America took a long time to give hip-hop its props. First, they said we weren’t making real music, and that spinning on the ground wasn’t really dancing. They tried to wipe out our graffiti. Government authorities surveilled and harassed us. Now that we dominate the charts, and breaking is in the Olympics, hip-hop is finally on a postage stamp.

What, you don’t remember stamps? The little paper rectangles you stick on envelopes? The things that pay for human beings to physically deliver the envelope to your grandma or the electric company? I know – I don’t use stamps either, and I’m old enough to have heard “Sucker MC’s” on my Sony Walkman. We should’ve been had some stamps when we could have used them to, like, send fan mail to Salt-N-Pepa.

That said, I’m glad the United States Postal Service is releasing four “Hip Hop Stamps” (Can I get that hyphen back, yo?) on July 1. Almost 47 years after the birth of hip-hop, the stamps recognize the four original elements of the culture: DJing, B-Boying, rap and graffiti. (“Jewelry” was added in the ’80s; “selling out” is currently in committee.)

The stamps look dope. Designed by Antonio Alcalá from photographs by Cade Martin, they feature four symbolic figures portrayed with kinetic shadows that convey the movement and energy of the art forms. The red, black and green type pays homage to our African roots. The woman on the graffiti stamp holds her can of spray paint in a casually defiant pose, like she’s not pressed to be getting up on public property. The MC’s offhand is in the classic cadence position, and better yet, his pants sag. The most arresting image is of the B-Boy, who captures the upside-down impossibility invented by impoverished Bronx, New York, kids in the 1970s. The DJ picture is just aight, but since he may be the first U.S. postage personage with dreadlocks, we can give that one the same pass we ’bout to give Lil Wayne. 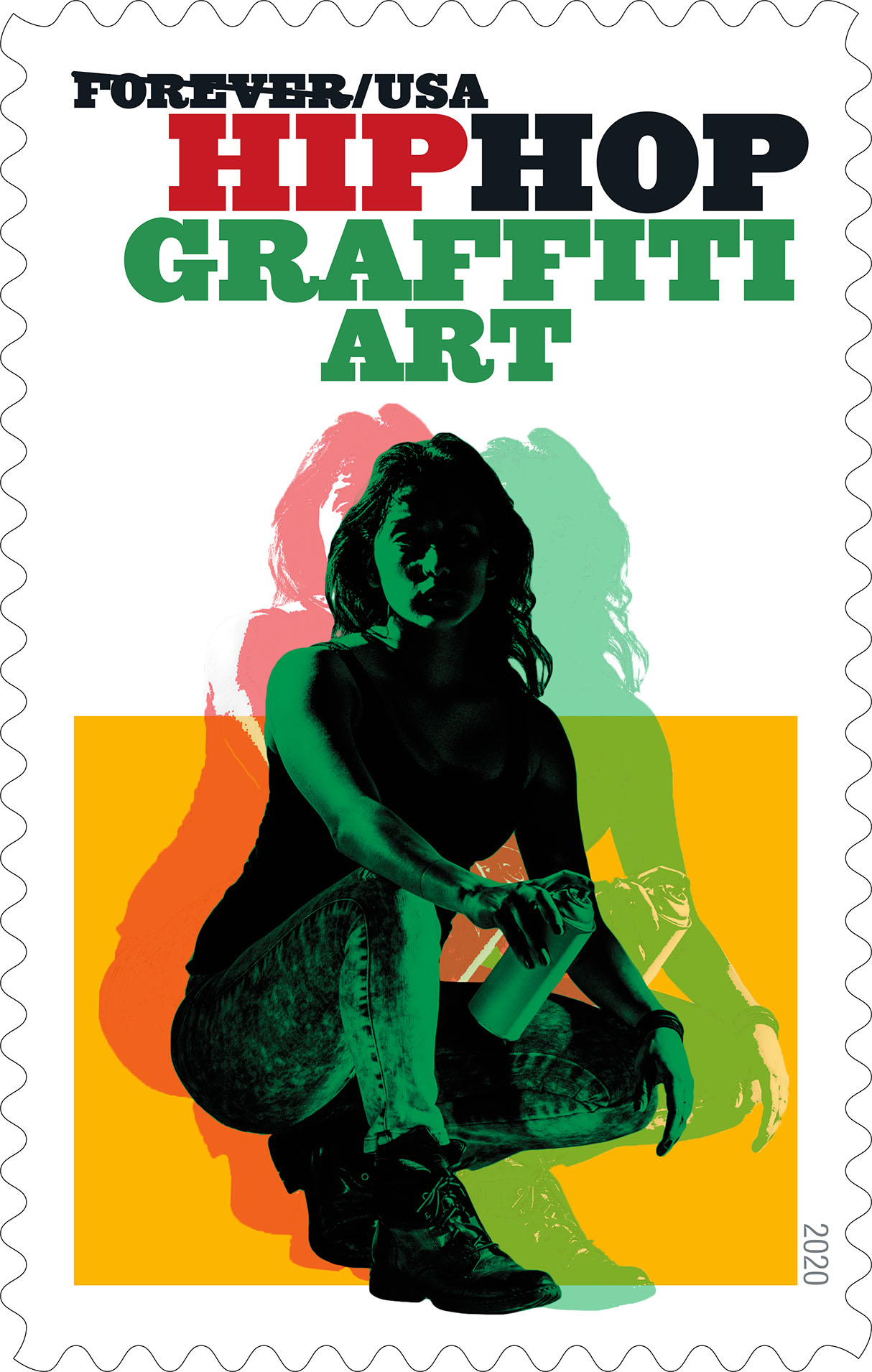 “I love them,” said Nana Carmen Ashhurst, chairwoman of the board of the Universal Hip Hop Museum in the Bronx, which will host a virtual dedication ceremony on July 1.

“Even at more than 45 years old, we’re still proving to the world that we are the power and the force that we know we are,” she told me. “The stamps are an acknowledgment. Even the United States government can’t help but acknowledge the impact that this art form has had on the world. They restate who we are and the significance of what we’re bringing to the culture.” 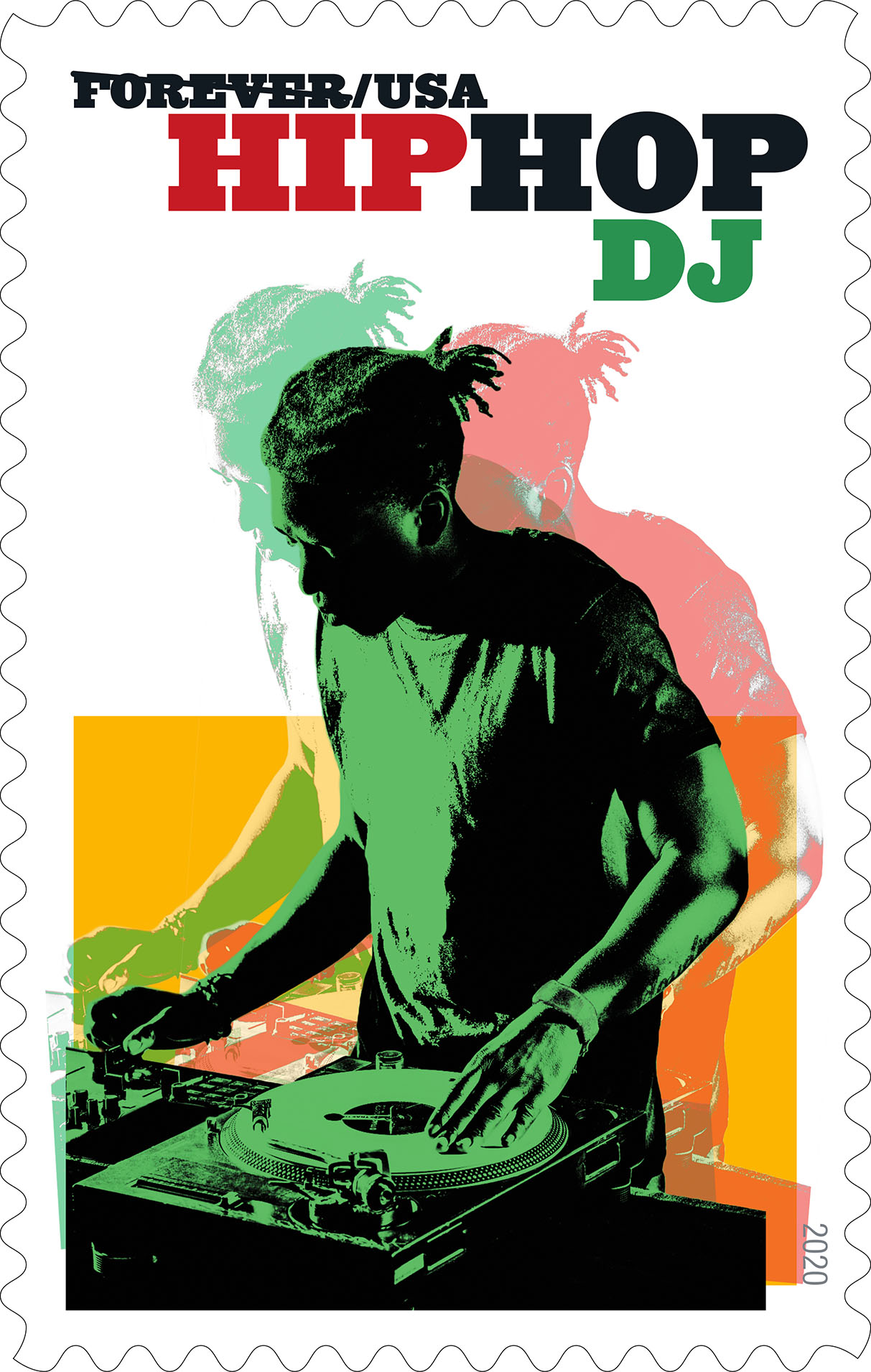 “To tell you the truth,” Ashhurst said, “I would have liked to see some faces that you could recognize.”

Word, true dat, #FACTS. Why not put actual artists on the stamp? In 2011, the Postal Service decided to allow images of living people on stamps. It would have been fitting for the first four hip-hop stamps to feature legends such as DJ Kool Herc, the founder of hip-hop; Rakim, who pioneered complex rhyme flows still used today; Crazy Legs, an original member of the Rock Steady Crew; and the graffiti legend Dondi. 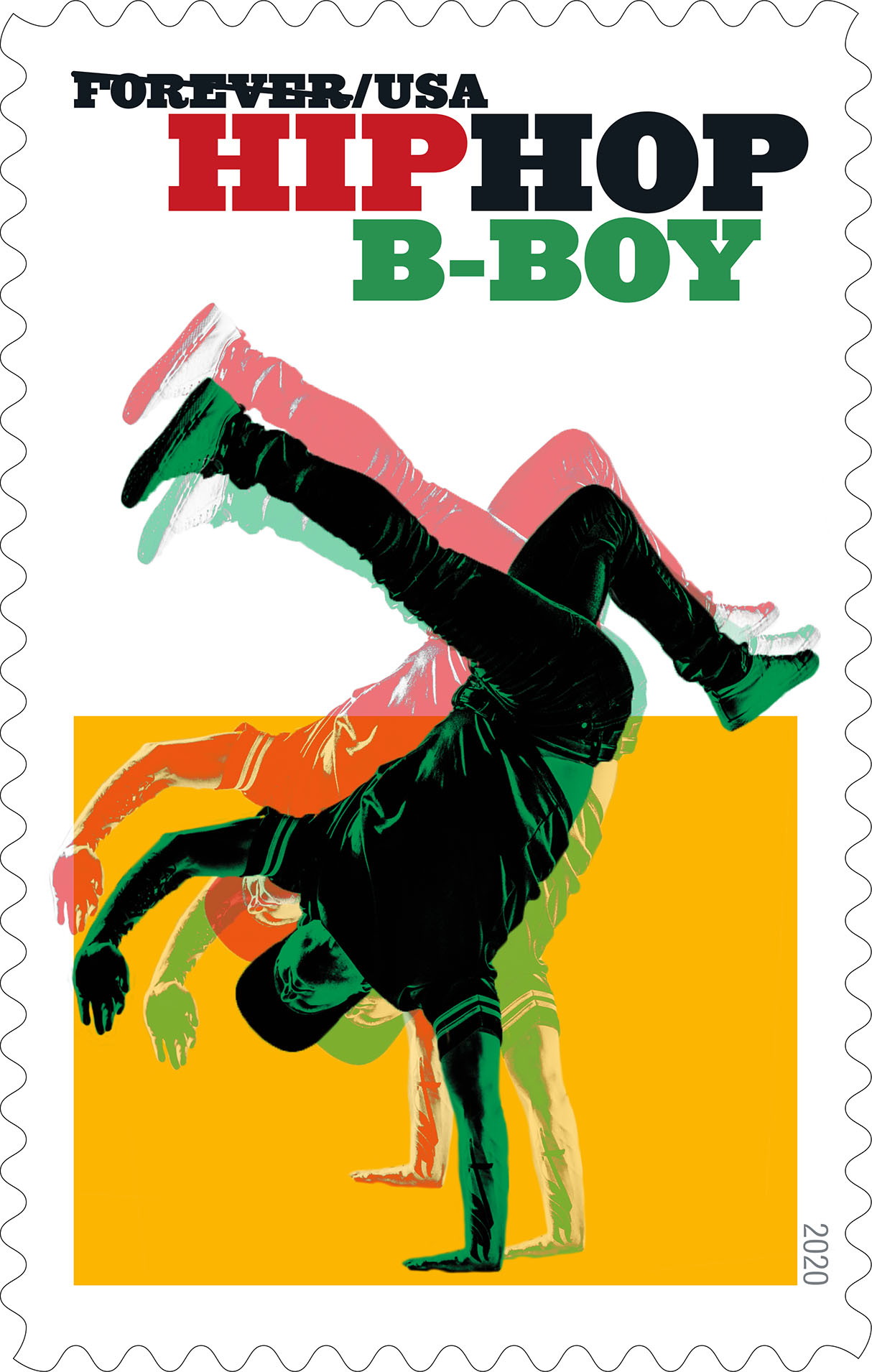 The government also should have recognized the unfortunate truth that there are far too many dead rappers to choose from. “I would think that they would automatically do Biggie and Tupac,” Ashhurst said. “They’re both a dream come true and a cautionary tale for us. I think they span the history, and both of them are MCs extraordinaire in their own right. They are really artists, not just entertainers. So they deserve to be recognized in that way. Maybe one day.”

Hope that day comes before stamps disappear like rotary phones and fax machines. Call me paranoid, but is it a coincidence that the government finally broke us off some postage when the future of the postal service is more dubious than Future’s child support payments? No disrespect whatsoever to great Black musicians such as Clyde McPhatter, the Drifters’ lead singer who got a stamp in 1993, but we’ve heard way phatter beats from Marley Marl. No need to wait until he’s dead. What more do we have to prove?

Hip-hop is still waiting for the full stamp of approval. In the meantime, go buy some of these new joints, mail grandma a letter and ask her to blast her favorite Public Enemy record. Because you know the government is listening.