Harold Varner III finished at 12 under par at last weekend’s Players Championship, tying for seventh place. It was the 27-year-old’s first top-10 finish in nearly a year, and yet most of the attention from non-hard-core golf fans wasn’t on him winning $331,375.

The internet was raving about his shoes.

While sinking seven birdies during the final round at TPC Sawgrass in Ponte Vedra Beach, Florida, Varner was rocking a pair of white Air Jordan 3s, catching the eye of sneakerheads across the country who probably don’t watch non-major championships or tune out when Tiger Woods isn’t on the course.

What the photos being shared across social media didn’t show was that Varner also wore Jordan Brand polo shirts and hats, requirements of a billion-dollar brand’s endorsement deal. He’s Jordan Brand’s second golf signee, and Varner is signed to the company’s “head-to-toe” endorsement contract (meaning he’s 100 percent decked out in the company’s apparel), making him the conduit for Michael Jordan’s foray into golf, something that wasn’t imaginable for Varner just a year ago.

In summer 2015, Varner played in the HoopTee Celebrity Golf Classic, the brainchild of Fred Whitfield, president and vice chairman of the Jordan-owned Charlotte Hornets and a former executive with Jordan Brand. Whitfield, who like Varner is from North Carolina, had noticed the younger golfer while watching the Wells Fargo Championship and Wyndham Championship during the 2014 and 2016 PGA tours. The pair kept in contact over the next three years — Varner spoke at Whitfield’s Achievements Unlimited Basketball School in July, while Whitfield hooks Varner up with courtside seats to Hornets games every now and then — until after the Wyndham Championship in August 2017. Whitfield knew that Jordan Brand was looking to expand out of just the NBA (hip-hop artist Drake has been collaborating with the shoemaker since 2014), and he believed Varner would be the perfect fit for that new frontier.

In 2014, Keegan Bradley was the first golfer to sign with Jordan Brand.

“Harold’s got the DNA of what a Jordan Brand athlete epitomizes. He’s a hard worker,” Whitfield said. “That’s really why I mentioned it to Michael, because I thought he was unique and I thought that if he ever got hot out on the tour and could start to win out there, he’d be a great young man to have in the brand as an ambassador to really continue to grow the Jordan Brand halo outside of just basketball players.”

Jordan, whom Varner calls “MJ” on every reference, eventually texted that he was looking to expand more into golf after establishing Team Jordan in professional football (Randy Moss), basketball (Russell Westbrook, Maya Moore), boxing (Roy Jones Jr.) and baseball (Derek Jeter). He wanted to bring Varner, who had recently won the Australian PGA Championship, aboard and asked if he was interested in joining the team. “I would love to,” Varner told him. “That would be an honor.”

He contacted the Jordan Brand team in October 2017 to iron out the details, and in January became an official Team Jordan athlete. In late October, Varner met Jordan in the owners box during halftime of a Hornets home game against the Houston Rockets. They spoke for about 10 minutes, with Jordan offering advice and his support, and also that infamous Jordan competitiveness.

Jordan, who has been playing golf since his junior year at North Carolina, told Varner that if he gave him a seven-shot head start, he could take him. “Well, let’s start off with five and see what happens,” he told his future boss, aka the guy who once gave teammate Steve Kerr a black eye for talking trash in practice.

Being the front face of the shoe empire that the Michael Jordan built doesn’t appear to faze Varner. He doesn’t see the endorsement as “that big of a deal.”

“It’s cool that I’m wearing Jordan clothes,” he said. “But it wasn’t like MJ came to Charlotte and was like, ‘Hey, I want you to wear Jordan Brand.’ ”

He does concede that moving on from his two-year deal with Oxford, which sponsors reigning Valero Texas Open winner Andrew Landry, to sign with Nike’s nearly-as-famous subsidiary division was a no-brainer. “It was a great opportunity for me to wear Jordan. If you pass that up, that wouldn’t be smart.”

Varner receives all the perks that would leave perusers of Flight Club and Hypebeast raging with envy. He’s shipped nearly every pair of Jordan shoes that the company produces, including his all-time favorite: “Without hesitation” the Air Jordan 3, he says of the shoe originally released in 1988 and the pair Jordan said were his second-favorite of his world-famous collection. Varner is also a fan of the low-cut Air Jordan 11 and the more casual “Elite” and “First Class” series of Jordan shoes that are separate from the numbered Air Jordan collection.

If Varner could design his own custom pair of the Air Jordan 3 (despite the heaviness of some of the earlier Air Jordan designs, Varner said his golf cleats are “lighter than they look”), he would make them blue. When asked if they’d be “Carolina Blue” like the boss’ alma mater, the East Carolina University graduate responded, “No. Hell, no. But I didn’t really have an option since MJ went to Carolina, so I have to represent it a little bit, which is a bummer.”

Playing in Air Jordan sneakers, especially white ones like Varner’s — he also wore a pair of black Air Jordan 3s during Round 3 of the Players Championship — on anything other than a hardwood surface leaves them susceptible to being scuffed or damaged. It brings to mind the scene from Do the Right Thing when an unsuspecting white man (clad in a Larry Bird T-shirt) scuffs Buggin Out’s “Cement” Air Jordan 4s. “One-hundred and eight, with tax!” one character exclaims about the price of the now-worthless kicks. 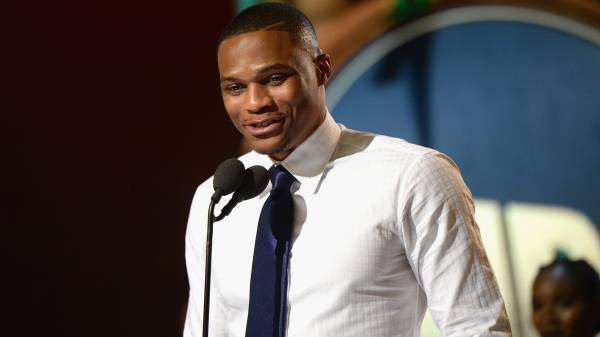 Varner understands that his kicks may not stay clean on a golf course, an occupational hazard in his eyes. “They’re going to get dirty, especially the way I’m hitting it sometimes.”

During his seventh-place finish on May 13, Varner finished 1 stroke ahead of Woods. Like many future golfers growing up in the 1990s, Varner watched Woods closely and aspired to reach the heights that the 14-time major champion has reached.

Still, finishing ahead of the 42-year-old didn’t mean much to Varner. “But,” he realizes, “if I finish ahead of him, I’m probably going to play pretty good.”