How I discovered my true black self at Hampton University

For the past 15 years, those were my primary teachers of black history. It’s sad to say, but true.

Today, I am at Hampton University, one of the top historically black colleges and universities (HBCUs) in the country, embracing my blackness daily. Professors and programs educate as much about African-American greats of the past as they do on the leaders and pioneers who are making an impact now: from former President Barack Obama to Shirley Chisholm to Ava DuVernay. My peers school me on fashion, music and tech trends.

Being at a black college during Black History Month is a special experience.

The Rhoden Fellows talk about their lives at HBCUs

First and foremost, we’ve had events almost every day in February in which we celebrate different aspects of being black. This year, I spoke at the “State of the Black Woman” event, where I discussed the stigma of mental illness in the black community. This is an issue that is constantly discussed on my campus, but many students shy away from the discussion because they don’t want to be labeled as “crazy.”

Staying silent isn’t helping anyone, and I felt like I needed to be a voice to show my peers that it’s OK to not be OK. Because of that speech, I was asked to be on a panel about mental health for the Hampton chapter of the NAACP. I discussed the importance of counseling, accepting and helping those around you with mental health battles, and understanding that sometimes we need to do more than “pray it away.”

It was Hampton that gave me the courage to speak to a room full of black people about the taboo topic of mental illness in a community to which I was once unsure I belonged.

Growing up, I attended predominantly white elementary and middle schools. The first majority-black school I attended was in eighth grade; the second was my high school. I always knew Black History Month existed and that it was important, but I didn’t celebrate it actively for all 28 or 29 days. Even in high school, we would learn black history facts for about a week in February — only in one class. The stories were surface-level and about the same people. Martin marched and Rosa sat, that’s it. I didn’t learn about Juneteenth and its importance. I didn’t think black Barbies were that cute, but I still played with them because they looked like me. (You can imagine what I thought of myself at the time.)

This was one of the reasons that I decided to attend an HBCU: I wanted to learn who I truly was and where I came from. Transitioning from predominantly white schools to predominantly black ones involved some culture shock. I was too black for white people and not black enough for black folks. So where did I belong? Who was I? And how would I figure out where my place was in society? 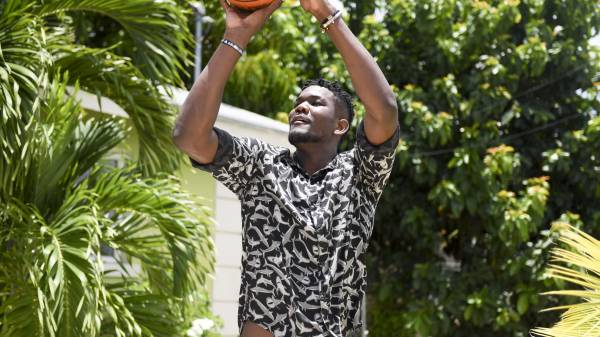 Those worries subsided when I stepped onto Hampton’s campus in August 2015. I immediately felt at home. The relationships that I’ve made feel like family, allowing me to embrace myself and those around me. The way that we dress, talk, wear our natural hair and embrace our talents never ceases to amaze me. This happens during Black History Month and all the ones that follow.

Through the ups and downs of attending an HBCU, I and my peers have learned to hold others accountable for their actions: in our case, the administration here at Hampton. Loving black people and black schools is not just about going to see the movie Black Panther, wearing dashikis and rocking natural hair. It’s about making sure our institutions do right by us. Hundreds of Hamptonians attended an #HUTownHall last week to address student complaints ranging from how sexual assault is handled on campus to moldy dorm rooms.

Keeping students safe and healthy should be a budgetary and communal priority. These issues require planning, not press releases that make questionable promises. In return, graduates must give back financially and support their HBCUs in other ways too. After all, we want to see the HBCUs we know and love survive and thrive.