Ten years ago, LeBron took his talents to South Beach and helped thousands of children in the process

Why won’t he ask the question?

That’s what Frank Sanchez asked himself as he watched off-camera as longtime journalist Jim Gray interviewed LeBron James at the Greenwich, Connecticut, branch of the Boys & Girls Clubs of America as part of The Decision, the ESPN special where James announced he’d be joining the Miami Heat in free agency 10 years ago on July 8, 2010.

Sanchez, the national vice president of sports, entertainment and alumni for the Boys & Girls Club, listened to Gray ask more than a dozen questions about James’ decision to bolt his home-state Cleveland Cavaliers — about how James came to the decision, at what time that morning James made up his mind, how many people knew. But Gray didn’t ask James on the telecast why he chose to hold The Decision at the Connecticut club.

Though it had been previously reported upon that day, if Gray had asked that simple question, James would have told a viewing audience of 10 million that he’d been partnering with the Boys & Girls Club for nearly his entire career and wanted to use the ad revenue from The Decision to donate resources to clubs across the country in the markets that had recruited him that offseason.

James, of course, would go on to say he’d be taking his talents to South Beach, touching off a yearslong public relations crisis for James that included No. 23 jerseys being burned in the streets of Cleveland and arenas across the league booing the most prominent player in the NBA. But what was mostly lost that evening in Greenwich was that more than $2 million would be going to the Boys & Girls Club, which may have changed how the entire country viewed James during that time.

This is the story of what happened to that money.

As covered recently in the ESPN documentary series Backstory, a behind-the-scenes look at The Decision, James’ team of advisers — including manager Maverick Carter, then-agent Leon Rose, then-adviser William “Worldwide Wes” Wesley, among others — had coordinated with ESPN to use the ad revenue generated from sponsors buying commercial time during the hourlong special — approximately $2 million — to give to the Boys & Girls Club.

Created in 1860 in Hartford, Connecticut, the Boys & Girls Club has helped mentor and educate young people across the country with the mission of ensuring that every child “graduate[s] from high school with a plan for the future, demonstrating good character and citizenship, and living a healthy lifestyle,” according to its website.

James, who Sanchez called an “uplifting force for young people,” understood the challenges that many Boys & Girls Club members face, whether it be access to free meals, safe spaces or mentors. More than one-fourth of the organization’s nearly 2 million members are African American and 61% qualify for free or reduced school lunches. As a child, James moved around a lot with his single mother, Gloria, barely being able to get by. In fourth grade, James missed more than 100 days of school.

“LeBron could’ve went to any organization and provided his advocacy,” Sanchez said. “I believe our values, the youth we serve, the kids we serve, the communities we serve, were reflective of why he felt he could make the greatest change.”

James has had a relationship with the Boys & Girls Club since his rookie season with the Cavaliers. For every All-Star Game since 2005, his first as a participant, he has helped refurbish or renovate a club in the host city, Sanchez said. During the 2009 All-Star Game in Arizona, James, accompanied by Jay-Z and Beyoncé, donated sports and musical equipment to a local club.

For The Decision, James and his team were very particular about which of the 4,300 nationwide clubs would receive the donations.

During the 2010 offseason, six teams — the Chicago Bulls, New York Knicks, New Jersey Nets, Los Angeles Clippers, Heat and Cavaliers — were the favorites to land James in free agency. A decision was made to donate resources to clubs in those markets as a way to leave a lasting impression in the city of every team that recruited James, even if he didn’t choose to play there. Clubs in Greenwich (the location of The Decision) and James’ hometown of Akron, Ohio, were also included.

“[James] wanted to use this opportunity so that nobody got offended and that he would be able to have a footprint in each one of the markets that were recruiting him,” Sanchez said.

While $2 million was raised from sponsors of The Decision broadcast, that wasn’t the total amount. The LeBron James Family Foundation donated $2 million to the national office of the Boys & Girls Club, located in Atlanta, according to 2010 tax returns. But, James’ corporate partners also stepped in. HP donated $500,000 worth of computers and other technology, and Nike, which signed James in 2003, donated another $500,000 in equipment and courts.

For his part, Sanchez reached out to the clubs in the aforementioned markets, asking leaders at each for proposals for any significant renovations and refurbishments their respective clubs could use if they had access to funding. They broke down the proposals into three tiers: major renovations, moderate refurbishments and smaller grants.

Once each club was approved for funding, the national office would disperse the money in three increments: startup costs, halfway point, and if the two previous criteria were met, the final payment.

The clubs used the donations to renovate gyms, build technology and learning centers, and provide other needs based on the communities where the individual clubs were located.

In Long Beach, California, $120,000 went to a new indoor basketball court, heating and cooling system and 15 new computers. At the Miami club, the roof was replaced, the gym was refurbished and new furniture was bought and designed by James’ now-wife, Savannah. In Akron, a grant of $240,000 was presented to a local club that was rechristened the LeBron James Boys & Girls Club.

In the end, $3 million was spread across projects in 59 clubs in the seven cities. The Boys & Girls club estimates that 200,000 kids were affected by James’ donation.

There were also residual effects.

Donations to the Boys & Girls Club jumped up 15% between 2009 and 2010, according to tax returns. Within two years, contributions increased by nearly 25%.

“[The Decision] definitely brought awareness to the organization,” said Mona Dixon, 27, a Tempe, Arizona, Boys & Girls Club alum who, in 2015, was named to President Barack Obama’s U.S. Presidential Committee and later was nominated by the president to serve on the board of directors of the Corporation for National and Community Service.

“You can’t see something like that behind a powerful person … and not think that that is not a huge organization, or what they’re doing is not great,” she said.

“We saw an impact in more revenue generation but also more advocacy from other celebrities and athletes from the halo effect of LeBron James, because his endorsement is advocacy for our organization,” said Sanchez, who added that James’ $3 million was one of the largest donations from an athlete the organization has ever received.

In 2011, a year after The Decision, the Boys & Girls Club awarded James its Champion of Youth Award.

In 2010, however, the public blowback was immediate. Fans of the teams James shunned, most notably those in Ohio, were incensed. Cavaliers owner Dan Gilbert called James’ decision a “heartless and callous action.” Author Buzz Bissinger, who has written two books about James, compared The Decision to waterboarding. Nearly every arena across the league booed James and the Heat when they visited town. For the four years James was in Miami, he was the league’s top villain.

Sanchez believes some of the criticism could have been avoided if Gray had just asked the simple question of why James was holding The Decision at a Boys & Girls Club. 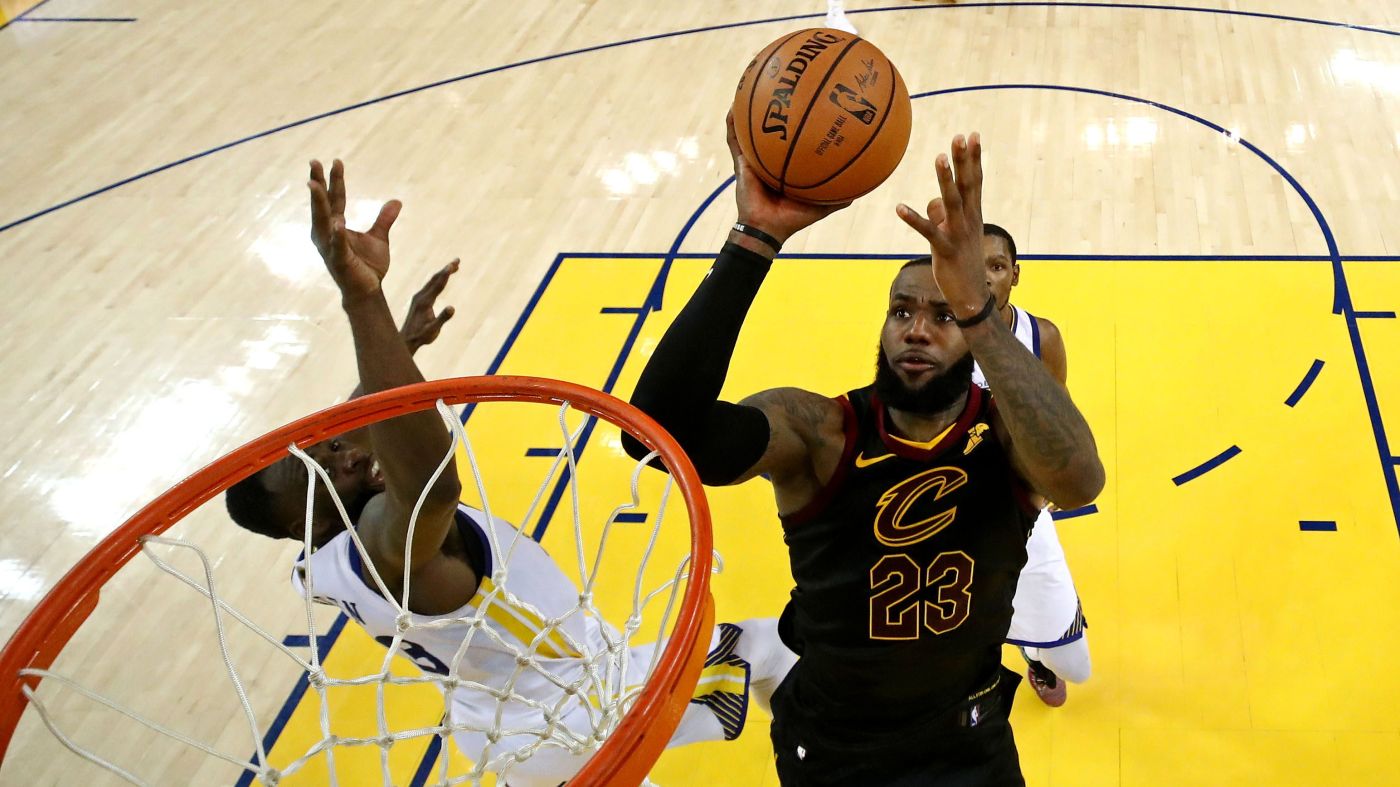 “That would’ve led to, I believe, a whole different outcome, because people would have understood where his heart was,” Sanchez said. “Much of that was lost because that question wasn’t asked.”

Sanchez won’t go as far as saying that question would have prevented fans from burning jerseys or that James wouldn’t still have only received four first-place votes in MVP voting at the end of the 2010-11 season, despite averaging 27 points, seven assists and seven rebounds while leading the Heat to a 58-24 record.

But he believes the narrative around James after The Decision would not be as toxic as it was.