How Obama changed the conversation around ‘first blacks’

The only relevant question now is when, not if, a black person will fill a particular job

A series exploring the cultural impact of Obama’s White House

After a stellar playing career, Bill White was hired by the New York Yankees as a broadcaster in 1971, and he eventually became the first African American play-by-play announcer in major league sports. Eighteen years later, White was named the first black president of the National League, which made him the highest-ranking black executive in professional sports.

White’s breakthroughs occurred decades before the nation elected its first black president. But the scrutiny and pressure that confronted White — or any black “first” — parallel what President Barack Obama encountered when he took office.

The weight of the race was on White’s shoulders, creating pressures no white man would have faced. If he made a mistake on the air, would it fuel the haters who believed that a black man did not have the necessary skills for the job? Would people say black folks do not have what it takes to run a professional sports league?

The Yankees had to convince White to accept the broadcasting job. His reluctance was over the particulars of the post rather than the fear of being a racial pioneer. But he was aware that the Yankees were among the last Major League teams to field black players. Catcher Elston Howard broke the team’s color barrier in 1955 — eight years after Jackie Robinson joined the crosstown Brooklyn Dodgers.

“I was persuaded to take the job. I also had to be convinced to take the league president’s job,” White said, because it required a more demanding work schedule than he wanted. Still, he said he felt well prepared and never focused on the implications of being the first black person to hold those positions. In any event, failure was not an option. “My family taught me to work as hard, at college, at sports, or anything. I’ve always carried that motto with me. I always wanted to do my best, which had nothing to do with race, and something to do with pride.”

Today, the idea of a black man calling a baseball game hardly raises an eyebrow. White’s work as a racial pioneer feels like the early steps in a long journey as the nation counts down the final hours of the Obama presidency.

Obama leaves office Friday boasting a consequential record that includes ending a crippling recession, saving millions of auto manufacturing jobs, expanding health care coverage and rekindling U.S. relations with Cuba. Still, the accomplishment for which he will be best remembered is breaking the ultimate racial barrier to become the nation’s first black president.

It is an achievement that puts any future talk of black “firsts” in a different light. No longer should anyone doubt whether a black person could fill a particular job. The only relevant question will be when.

Obama’s ascension to the White House came freighted with a set of racial baggage familiar to other black trail blazers. The burden was heavy, but Obama carried it lightly.

“Obviously, at the inauguration I think that there was justifiable pride on the part of the country that we had taken a step to move us beyond some of the searing legacies of racial discrimination in this country, but that lasted about a day,” Obama told reporters a couple of months after taking office. “And you know, right now the American people are judging me exactly the way I should be judged, and that is, are we taking the steps to improve liquidity in the financial markets, create jobs, get businesses to reopen, keep America safe.”

All of that was true enough. But it was also true that the stakes for the first black president were higher, the measures of success murkier, the expectations more elusive than they were for his predecessors. It is a reality that has been experienced by many black pioneers.

“There is no question that any of us who have had this privilege of being a ‘first’ faces an enormous amount of pressure,” said Dennis W. Archer, 75, who served as the first black president of the American Bar Association from 2003 to 2004. “You want to be able to do an outstanding job for the people who elected you. Plus, you know you are under a tremendous amount of scrutiny.”

Archer felt all of that responsibility when he stepped into his leadership role at the bar association, even though he had been in the spotlight for years. He had been an associate justice on the Michigan Supreme Court in the 1980s before serving two terms as mayor of Detroit from 1994 to 2001.

Despite his long experience, Archer said the ABA’s racist history weighed on his mind when he became the group’s president. The 400,000-member association did not allow black lawyers to be members until 1943, and as its first black president he felt extra pressure to get things right. “Of course, every leader has something at stake, but I felt more was at stake for me. You know there are elements out there who opposed people of color being in leadership, and you want to be sure to keep the door open for those who come behind you.”

Archer did that. Since his term as ABA president, other people of color have followed, including the group’s first Cuban-American president, a second black male president, and Paulette Brown, a Howard University graduate who was the first African-American woman to lead the organization.

“With each person of color in leadership, the pressure decreases,” Archer said. “There are more doors that are being opened and it is rewarding to see.”

Each step of the way, she said, her barrier-breaking role was never top of mind, although she was always aware of its significance. Instead, she focused on the task at hand, and the goals she wanted to achieve.

“There is extra pressure, which starts with extra scrutiny,” Jackson said. “There can be extra expectations, both up and down, which creates its own kind of pressure.”

At Rensselaer, Jackson has made news because she is one of the highest-paid college presidents in the nation, which school trustees say is a result of her fundraising prowess, her value on the private market and her work in enhancing the university’s standing. Still, her seven-figure salary contributed to an uproar at the university in Troy, New York. Jackson endured a vote of no confidence by the faculty, and student leaders have criticized what they call her “top-down” leadership style. At least one member of Jackson’s leadership team suggested the criticism was heightened because of Jackson’s race and gender.

“I think there are some people who see me as the first black this, or the first black that,” Jackson said. “But those who know me and understand organizations I am leading think of me differently. When you are a first, you kind of operate on parallel tracks. One has to do with symbolism and the breakthrough. The other is to bring unique perspectives and approaches that allow one to make a substantive difference.”

As co-chair of the President’s Intelligence Advisory Board, which assesses the quality of the nation’s intelligence gathering, Jackson has gotten a close look at the work of the Obama administration. She believes that while history will no doubt record his role as a racial barrier-breaker, other achievements will also be highlighted, including his nuclear arms reduction pact, the Iran nuclear agreement, the Paris climate change deal, his embrace of advanced manufacturing, and Obamacare’s focus on preventative health care.

“To be a first is its own accomplishment, but that is not the sum and substance of it,” Jackson said. “I am not naïve. I know it comes with opposition, but you have to push through that. One develops a step-back perspective because bitterness cannot carry you far. You have to stay focused on excellence.”

Jackson, like many others, believes that the accomplishments of any “first” make it easier for whoever follows.

Eric Holder, the nation’s first black attorney general, is confident that there will be another black president in the not-too-distant future. Over the past eight years, Holder would occasionally visit the White House for parties or to otherwise socialize with the president. Old-school R&B and hip-hop would sometimes be piping through the speakers — The Temptations, Biggie Smalls, others. 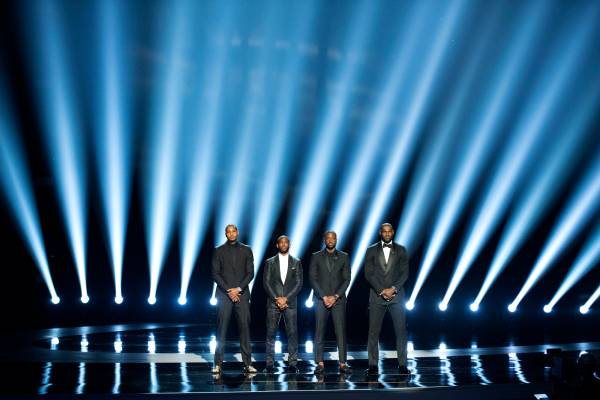 Athletes getting back in the protest game Read now

Famous for its history of diversity, ‘Star Trek’ gets its first black female director Read now

“You find yourself thinking, this is the first time the White House has ever heard these guys,” said Holder, who was succeeded by Loretta Lynch, the nation’s second black attorney general. “This guy is a brother.”

“Before Barack Obama, I thought I would probably never see a black president of the United States,” he continued. “Now even at age 65, between now and the time I depart this earth, I would not be surprised if I see another black president. It’s like Jackie Robinson. He did a good job. He carried himself in an appropriate way, which made it easier for other people to follow him.”