‘We’re here to continue to help people that are victims to police brutality, racial injustice and financial burdens’

In the aftermath of the Milwaukee Bucks sitting out their opening-round playoff game against the Orlando Magic on Aug. 26 — in protest of yet another case of police brutality when Jacob Blake was shot in the back seven times by a Kenosha, Wisconsin, police officer — the conversation quickly shifted to what potential impact the players would help drive as a result.

Bucks guard Sterling Brown, who had his own encounter with excessive police force during a 2018 parking violation in front of a Milwaukee-area Walgreens, was already at work behind the scenes. Throughout that week, Brown continued to commit his time and effort to form a deep web of political contacts to try and enact change at the local level.

“Getting on calls with the governor, mayors, lieutenant general attorneys and lieutenant governors, talking to unions and forming coalitions,” Brown said. “There’s been a lot of action … that I’ve seen that’s been critical and key to continue to change the narrative and keep this momentum going.”

The protest only added to the visibility of the players’ push for change, with immediate conversations with league owners being scheduled, and additional athletes around the world also joining in on their refusal in late August to play.

Within 48 hours of the Bucks’ protest, 21 NBA teams unified to turn their arenas into polling or voting centers leading into the November election. A week later, the Bucks and Sacramento Kings announced the third installment of their “Team Up For Change” initiative, a weeklong series of community educational programming in October that is now expanding this year to include seven additional NBA and WNBA teams.

“It was huge. It turned a lot of heads, and it made a lot of noise,” said Brown, who was appointed to the league’s new Social Justice Coalition on Tuesday. “It put people on notice that there’s change that needs to be made, and there are things happening that can’t just keep getting pushed to the side.”

Besides the impact the Bucks are looking to make in the Milwaukee community and surrounding region, Brown is launching two of his own programs this fall through the Brown Brothers S.A.L.U.T.E. Foundation that he and his brother Shannon, who spent nine years in the NBA, have formed.

While several players throughout the league have sneaker endorsement deals that allot them thousands of dollars in product or gear for their summer basketball camps, Brown will be using his Puma shoe deal in a unique way. The brand has pledged $30,000 to help fund the S.A.L.U.T.E. Foundation’s upcoming programs, which will begin in the Brown brothers’ hometown of Maywood, Illinois, before extending to the greater Chicago area.

“Just like myself, Puma has a goal to help as much as they can in the community, giving back, educating people and changing meaningful laws and policies that are going to help save and change people’s lives,” Brown said.

Brown was originally signed by Puma during the fall of 2018 to help headline and take an active role in its REFORM program, which also includes involvement from Jay-Z and rapper Meek Mill, with an aim to tackle police and justice system reform. Earlier this summer, Brown gave design input on the brand’s series of Black Lives Matter T-shirts that called for justice for victims of police brutality. The tees were then distributed to both NBA and WNBA players and staff personnel in each respective Florida bubble.

With the financial help from Puma, he’s now turning his attention to his foundation’s community efforts in his hometown. His first program this fall will be partnering with violence prevention agencies to provide special resources to families based on their unique circumstances or struggles in areas such as family structure, educational support and mental health.

“We’ll be going house to house giving surveys, and figuring out what families feel they need help with the most,” he explained. “[Hopefully] they can identify something that if they were given an extra boost or an extra person to help guide them, [their situation would improve].”

Secondly, Brown will launch a six-week virtual financial literacy program for families that he’s hoping can become an ongoing series for additional communities.

“We will educate those in need of the financial structure to be financially sound, stable and able to get out of the reality of living check to check. To be able to put something away for a rainy day and be able to provide for loved ones,” he said. “Credit, bank accounts, real estate, investments and [a variety of things] in the financial sector. We have a curriculum that will touch on a lot of key points that will help get families in a better position.”

Brown’s programs will aim to provide a more holistic view on addressing issues at an earlier stage for families in need.

“The U.S. is run by money – it’s the root,” Brown said. “The economic disparities and the differences between the Black community and others, the gap is huge.”

Over the last few years, the 25-year-old has made a concerted effort to not only look to educate those in his communities, but also work toward better understanding the protocols and processes that have long shaped how policies can come to life and be impacted.

“First and foremost, I’ve just been educating myself on the history of how things have played out and where they stem from,” he said. “[Looking] at policing and where it stems from, and going back to slavery and slave patrols being the original quote-unquote police officers.”

He also has a unique perspective close to home, as his father has been a police officer for more than 30 years, which he said has been difficult at times for their relationship. Brown believes the overall system of policing has been long overdue to be greatly improved.

“I’ve learned so much – how the system works, the chain of command, who you actually have to go to talk to in the city to get meaningful things even looked at,” he said. “That’s the first step towards getting something to change.”

While some have pointed to the Bucks’ continual efforts in the social justice realm as a potential distraction, Brown is quick to note that this isn’t an either/or option for him. His commitment to change is here to stay. 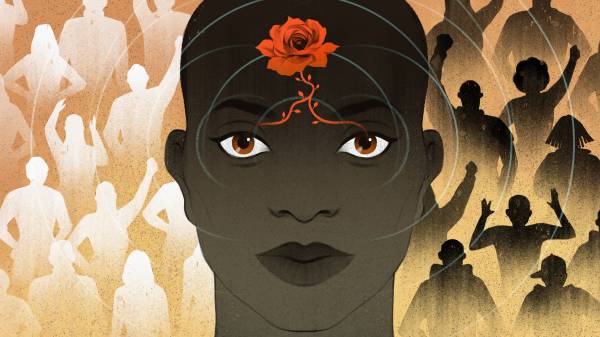 “We’ve got family members that are in these neighborhoods and in these environments that could be the victim. Some of them have been victims,” Brown said. “It’s something that we’re passionate about. It’s not about finding time for basketball and then dedicating some time to the cause. It’s something that we’re going to do regardless, because it affects our everyday lives. … We’re here to help whoever it is that is going through something. We’re here to continue to help people that are victims to police brutality, racial injustice and financial burdens.”

Brown has been encouraged by the genuine reception from local politicians throughout Wisconsin that he and his teammates have received, along with the steps he’s enacting to benefit residents in his hometown through his upcoming programs.

“I’m not in this game to choose a side or be political – Republican versus Democrat – I’m not doing that,” he said. “For me, it’s right or wrong. It’s human rights and civil rights. That’s something that I feel like everyone should stand on.”