How the Pistons embraced Black Detroit

Although the team may be struggling on the court, the Pistons’ marketing executives have a clear direction of their target audience

DETROIT — Some of Detroit’s most recognizable faces were dressed to impress on the evening of Nov. 14 at the Detroit Pistons Performance Center.

Mommy-to-be Kash Doll arrived around 6 p.m., sporting a stunning gold dress to cover her baby bump at the Pistons’ practice facility, which would be the site of the rapper and actor’s baby shower. (The team was off following a road game at Toronto.)

Nearly 100 or so of her close family and friends, including legendary lyricist Lil’ Kim, gathered for a basketball-themed event.

It was decked out in red and blue Pistons colors with a five-layer basketball cake and carriages that overlooked the practice courts, all to celebrate her unborn son, “Baby Kash,” who is due on Jan. 9.

“It was real intimate for my real close people in the city,” she added. “I had a good time.”

The celebration was only supposed to last until 9 p.m. but they had such a good time that Aaron Michael Johnson, who works on brand strategy for the Pistons, allowed them to stay an extra hour.

And that’s just how the organization likes it as it is going out of its way to connect with the city, particularly Black Detroit — which has a population that is approximately 77.2% Black, according to the 2020 U.S. census.

Although the team may be struggling to find an identity on the court, the Pistons’ marketing executives have a clear direction of where they’re headed and the target audience.

“I actually have a sticky note that’s pinned up on my board, in my office, in my handwriting and it says: ‘Imagine Black culture w/o Detroit,’ ” Jeffreys said. “And I leave it up there as my reminder of the incredible greatness that has always been in the city, and Tyrel and I talk about it on a daily basis: How do we use our platform on the greatness that’s always been here?

“I think there’s this misnomer that like all of a sudden Detroit is something different. There’s been talent in Detroit for years and there’s history that we literally are just leaning into. We don’t have to create it, it’s already here.”

Those long hours of plotting, planning and strategizing with local creatives and influencers, such as designers Ty Mopkins and Rick Williams, spoken word artist Mama Sol and even multiplatinum-selling rapper Big Sean, who was hired as the Pistons’ creative director of innovation in 2020, were on display for the season opener against Chicago on Oct. 20.

“I felt like the connection was there and I’m so happy for that because it’s like, don’t be leaving us out,” Kash Doll said.

At halftime, rising Detroit rapper Babyface Ray performed some of his street anthems such as “Gallery Dept,” “Paperwork Party” and “What the Business Is,” with a guest appearance by Big Sean, which generated a strong reaction from the Motown crowd. 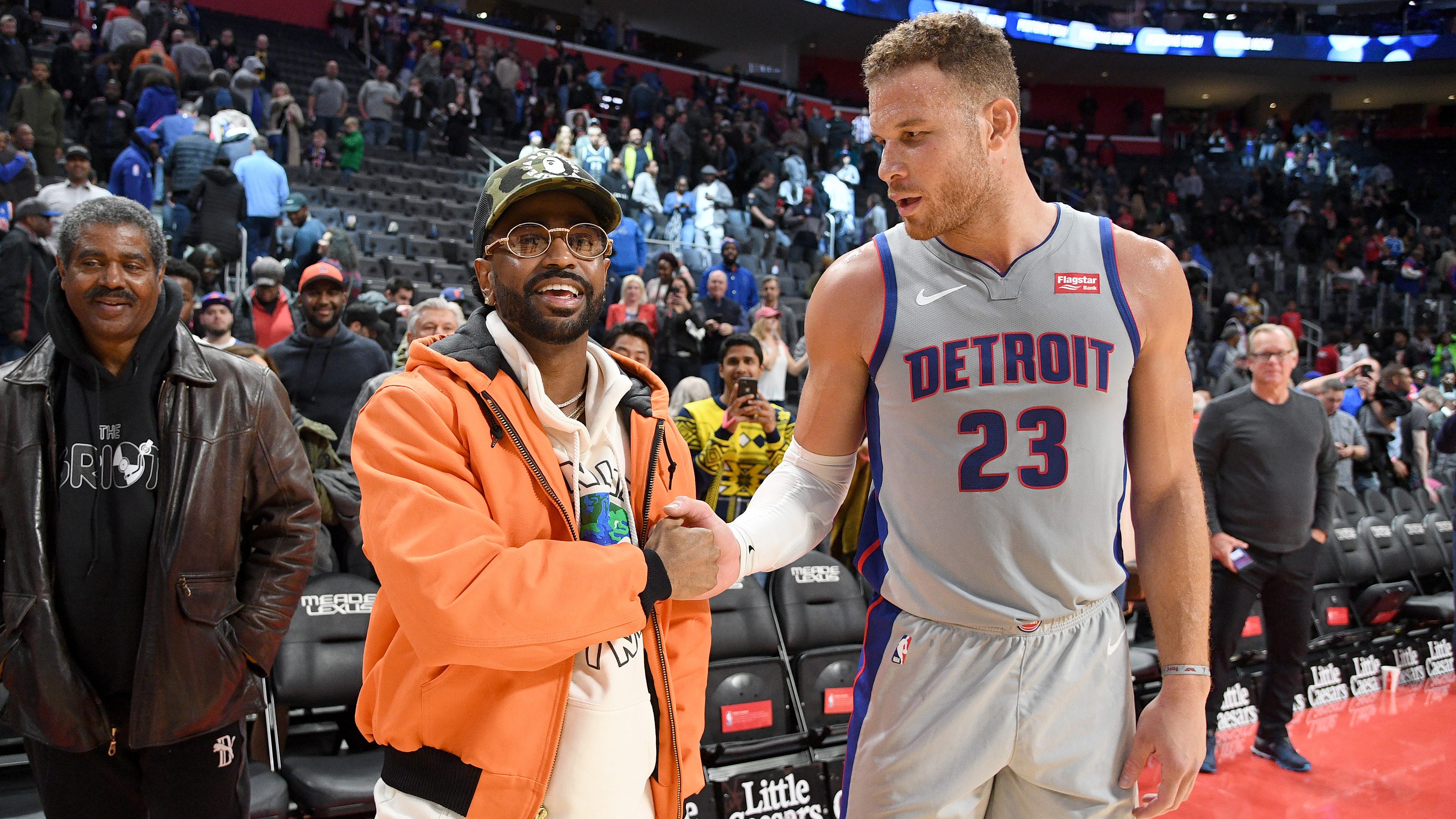 “Detroit is internationally known for its Black excellence contribution to the world of music, cars, arts, politics, education and sports,” Thomas told ESPN. “I am honored to be a part of this everlasting story.”

Although Pistons No. 1 pick Cade Cunningham’s NBA debut was delayed that night by a sprained ankle, he quickly won over Detroit fans months earlier on draft night when he broke out a pair of Cartier sunglasses, known around town as “Buffs,” which is an iconic fashion piece in the city.

Throughout the season, he’s also exchanging text messages with Sada Baby and Babyface Ray, and continues to learn about the city through some of the Pistons collaborations, community events and teammate Josh Jackson, also a Detroit native.

“I learned about [Detroit culture] from a while back because I used to watch the McGraw Ave [TV show] and all the Detroit movies and stuff like that,” Cunningham said. “So, I kind of peeped game a while back, and once they got the first pick, it just all lined up for me. Me and my cousin are tuned in, we’ve been tuned in.” 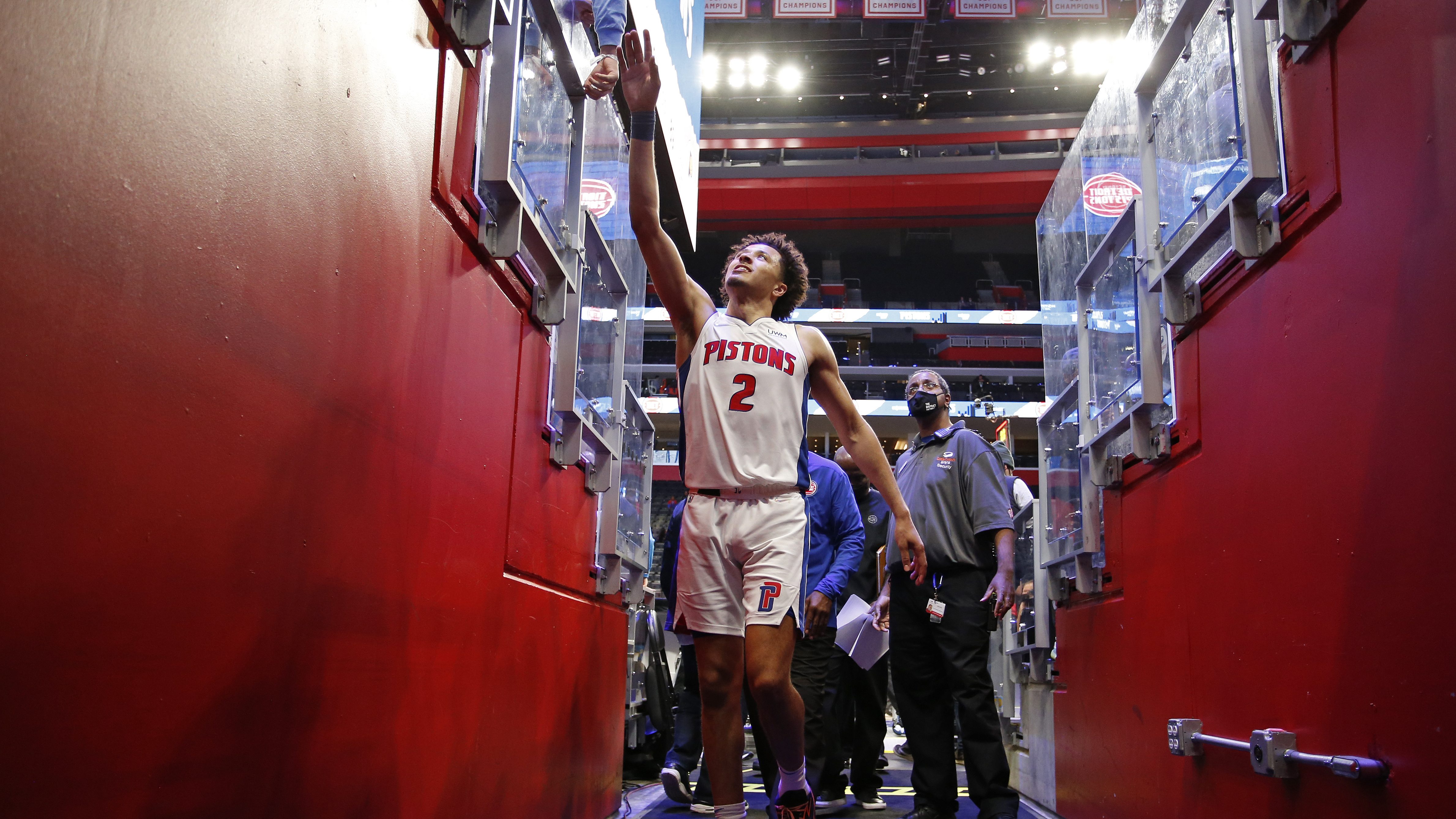 Cade Cunningham diary: ‘I’m the kind of person that every day is going to get better’Read now

Although the Pistons have their pulse on the Black culture, through game-day experiences such as the popular Swag Cam, which spotlights fans in flashy gear, and halftime musical acts such as Icewear Vezzo, Jeffreys and Kirkham have also not lost sight that they can actually be an asset to the community.

So, they partnered with Shopify to launch SHOP313, a program that provides Detroit’s local entrepreneurs complimentary access to Shopify and to Pistons advertising inventory, including social media posts. Healthy Roots Dolls, a doll company that empowers young girls and represents the beauty of diversity, and Detroit is the New Black are some of the local Black-owned businesses that have benefited from this resource.

“From an impact standpoint, though, we’ve really leaned into Black-owned business,” Jeffreys said. “We can lean into the culture, we can create a really good entertainment experience, we can have fun with the fans, we can do things we enjoy, but how do you actually make community impact? So, one of the ways is highlighting Black-owned businesses, women-owned businesses.”

Pistons star Jerami Grant is aware of the game-day experience, collaborations, community and philanthropic efforts that cater to the Black audience. The opportunity to play for a Black head coach, Dwane Casey, and Black general manager, Troy Weaver, is what attracted him to the Pistons.

“The energy of the city is different. It’s more a homie vibe for me being from D.C.,” Grant said. “For me, it’s extremely important. Me and Troy, we grew up in the same area, so I know Troy and he knows the culture. Just being Black doesn’t mean you understand, but when you have somebody that has been through similar stuff that you’ve been through and that they can understand or relate to you in a certain way, makes you more comfortable and makes you want to give more to the city.”

On any given night, it’s not uncommon to spot Kash Doll, 42 Dugg, Big Sean or Sada Baby in the crowd of Little Caesars Arena, much like the Atlanta Hawks welcome their entertainers such as Quavo, Future, 21 Savage, Killer Mike, Big Boi, Gucci Mane, T.I., Lil Yachty and many others to games at State Farm Arena. But they’re trying to build their own identity.

“I love Atlanta, but want to be Detroit,” Jeffreys said.

And now is the perfect time to capitalize on the heels of 50 Cent’s popular BMF television series, which was based in the Motor City, coupled with the success of the ever-growing rap scene.

The only thing missing is for the Pistons to match that energy.

“Detroit is on the rise like never before. We’ve had our time. I felt like people would have their time, but I feel like it would be one person, but it’s like the Detroit culture is on the rise. People are copying what we’ve been doing. People are copying our sound, they’re taking our beats,” Kash Doll said. “We’ve finally got that time to where New York people had their time. Atlanta people still have their time because they have their sound and always come up together, but it’s finally a time where it’s not just one person. It’s like a whole culture is coming up [in Detroit].”