His father, who died on May 1, got him started playing the sport at 4 years old

Gregory Odom Jr., a 20-year-old junior on the Howard University golf team, loves the rap music of his hometown of Memphis, Tennessee. On Wednesday night, after winning the men’s Division I individual title at the PGA Works Collegiate Championship on the famed Stadium Course at the TPC Sawgrass, the economics major “turned it up” with his teammates to the catchy lyrics and beats of Pooh Shiesty and Key Glock.

With rounds of 71-75-74 for a 4-over 220 total, Odom led Howard to a fourth-place finish in the team competition in the university’s first appearance in the championship that began in 1987 to feature golf programs from historically Black colleges and universities.

Odom’s win comes in the first season of golf’s resurgence at Howard with the help of Golden State Warriors guard Steph Curry, who single-handedly resurrected the program in 2019 by pledging to fund Howard’s men’s and women’s golf teams for six years.

A transfer from the University of Memphis, Odom began the tournament week on a more somber note with the death of his father, Gregory Sr., who had battled chronic kidney failure for most of his son’s life. Introduced to the game as a 4-year-old by his father, Odom saw his dad go through years of dialysis before receiving a kidney transplant. In recent years, Gregory Sr. suffered from dementia. After another kidney failure, he was in the hospital last week and in hospice care when he died on May 1 at the age of 67. 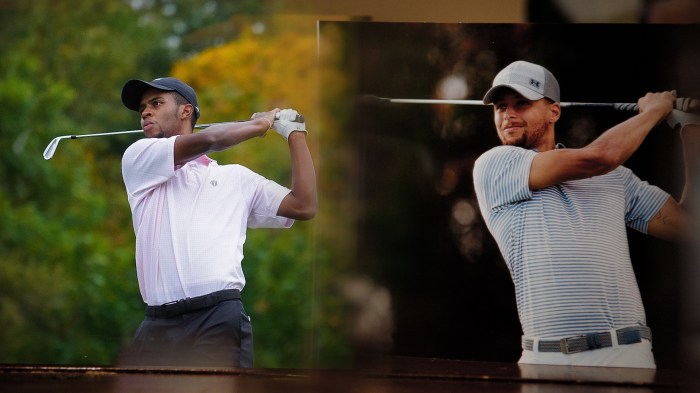 On Wednesday as Odom battled the tough Pete Dye-designed stadium course, memories of his father crept into his mind, helping him embrace the magnitude of the moment. While his coach and Howard administrators knew, his teammates wouldn’t know about his father’s death until after the round. He didn’t want to be a distraction. On some putts, he told himself to make it for his dad. He remembered how his dad, a good player in his own right, had taken him to play golf at his Irene Golf and Country Club in Memphis.

“Dad was the strength that turned me on hole by hole,” Odom said. “I couldn’t feel down. I was just lifting up in his spirit. My dad’s been hurting for a long time and I’m glad that he’s now resting in peace.”

Samuel Puryear, Howard’s golf coach, was the one to give Odom the news of his father’s death. On April 30, shortly after landing in Jacksonville, Florida, from Washington, Puryear had sat down for a meal with the team when he got a call from Odom’s mother, Shirley, who told him that her husband had been placed in hospice. A day later, before their first practice round, he got another call from her telling him that Gregory had died. After receiving the news from Puryear in the coach’s hotel room, Odom told his coach that he was going to win the tournament.

Since taking the job at Howard in March 2020 after stints as the golf coach at Michigan State and Queens University in Charlotte, North Carolina, the 50-year-old Puryear is poised to resurrect a program that had been dormant for nearly 50 years. Odom, who was his first recruit, is the type of elite-level player that he hoped to attract to build a strong foundation for the program.

That the Howard University golf team even made it to the PGA Works Collegiate Championship is a remarkable story. With COVID-19 restrictions, Puryear didn’t expect his team to play this season, but in late fall it was given the go-ahead to play this spring. This week at TPC Sawgrass marks only their 10th week together as a team. Yet after two rounds at PGA Works, they held the lead before stumbling in the last round with a 44-over par total of 332 to finish 25 shots behind the winner, Prairie View A&M, which learned on the same day that it had earned an at-large berth into the NCAA Division I regionals.

“Experience plays a big part,” Puryear said. “I think sometimes before you can win you have to learn how to win. Outside of Greg, none of my kids had ever won.” 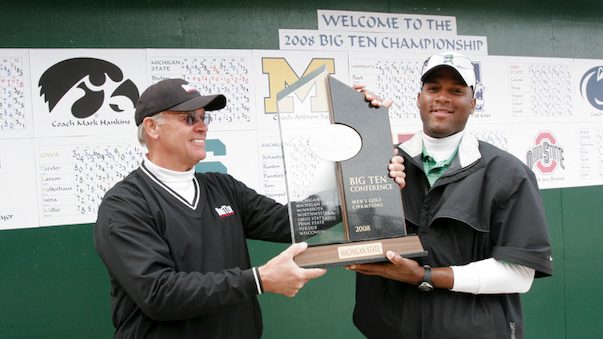 For Puryear, who played golf at Tennessee State, the opportunity to build a winning tradition at Howard is very different from his stints at predominantly white institutions. “For one, all the players here are Black like me,” he said.

“Here I have to do a lot more teaching. Most of my players are not polished. Much of what I have to tell my players now during the tournaments I didn’t have to tell my players at Michigan State. But that golf IQ comes with playing in top-tier events. My goal is to recruit some good players and come back to the PGA Works and win the team championship. Once I can get a couple of cycles of recruiting, I think I can build some depth to build a consistently competitive program.”

One person who is hoping that Puryear can succeed is Curry. On Wednesday evening, the NBA star FaceTimed the team after the tournament, offering congratulations and encouragement for a good finish in their first national championship competition.

“It’s great to have one of the best athletes on the planet in your corner because he understands how champions are built,” Puryear said. “So he understands what I’m trying to build at Howard.”

For Odom, the future is bright. After a couple of weeks to unwind in the Washington area, he plans to head home to Memphis to be with his family and celebrate his father’s life before the start of a busy summer schedule of golf tournaments. “I’m full of confidence,” said Odom, who plans to turn pro after graduation next year. “I’m just going to continue to try to keep the positive vibes going and make the best of some of the opportunities that I have to play with this win.”

During the flight home Wednesday night with a layover in Charlotte, Odom could mellow out and reflect on these past several days – his future in golf and the peace and understanding that he has about his father’s death. The beat of Pooh Shiesty’s “Shiesty Summer” helped him pass the time as his father looked over him from high above.