Ice Cube ready for BIG3 story to shift to players

AVENTURA, Fla. — Ice Cube’s résumé included rapper, actor and business mogul before he added league co-founder to the list. His vision was simple: put his own spin on a traditional basketball league.

The BIG3 would be a half-court, 3-on-3 league featuring retired NBA players who wanted to have one final go-round on the hardwood. First, there would be the scouting of players who were willing to contribute their best one last time. Next would be former players turned coaches who would help keep games and players competitive. And, last but not least, the league would be family-friendly and affordable.

The league has been featured by ESPN, Bleacher Report and SB Nation, but Ice Cube prefers less of the attention on him and more focus on the league and the players who make the magic happen for fans of the game every weekend.

“I’d like to see more coverage, more coverage outside of Ice Cube,” he said. “Cover our games, our league, our players. I can understand some people are behind the curve, but it’s been three years. It’s time to catch up.”

Ice Cube and Kwatinetz believe the league deserves more credit than it’s been given.

Ice Cube discussed the league and more during a panel discussion at the National Association of Black Journalists convention in Aventura, Florida, last week.

BIG3 coach Nancy Lieberman, also a basketball Hall of Famer, said the league isn’t just about the opportunity for fans to see a unique version of the game.

“You know why the BIG3 is so important? The BIG3 has given these young men the chance to stay in the game, still transition in a later part of their career, be around guys that make them feel secure. … There’s a story within a story,” Lieberman said. “Basketball is the opportunity, and it’s life-changing. Now the BIG3 is allowing this post-career career to happen in real time, right in front of your eyes. You see the athletes, I see the men.”

The 3-on-3 pro basketball league was a years-long idea that came to life at the packed Barclays Center in Brooklyn, New York. The league’s debut in June 2017 saw 15,177 fans cheering on former NBA stars like Allen Iverson, Brian Scalabrine, Chauncey Billups and Cuttino Mobley.

Now, the BIG3 has played more than 100 games in its three-season existence. The league’s ticket prices are as low as $23 — still nearly $20 lower than the median resale ticket price of an NBA game. To make things even more affordable, the league partnered with Adidas to reduce prices by 50%. And, during any given time, you might catch Ice Cube going back to his roots and performing his old-school rap hits during halftime.

Last season, the league expanded from eight to 12 teams. Average attendance jumped from 11,000 to 14,000 per game, and the league continually makes changes to team rosters by adding new talent. This season, the BIG3 inked an exclusive deal with CBS Television Network and CBS Sports Network, with games airing live through both networks on Saturdays and Sundays. The league also expanded from playing in 10 cities to 18 during the 11-week season. 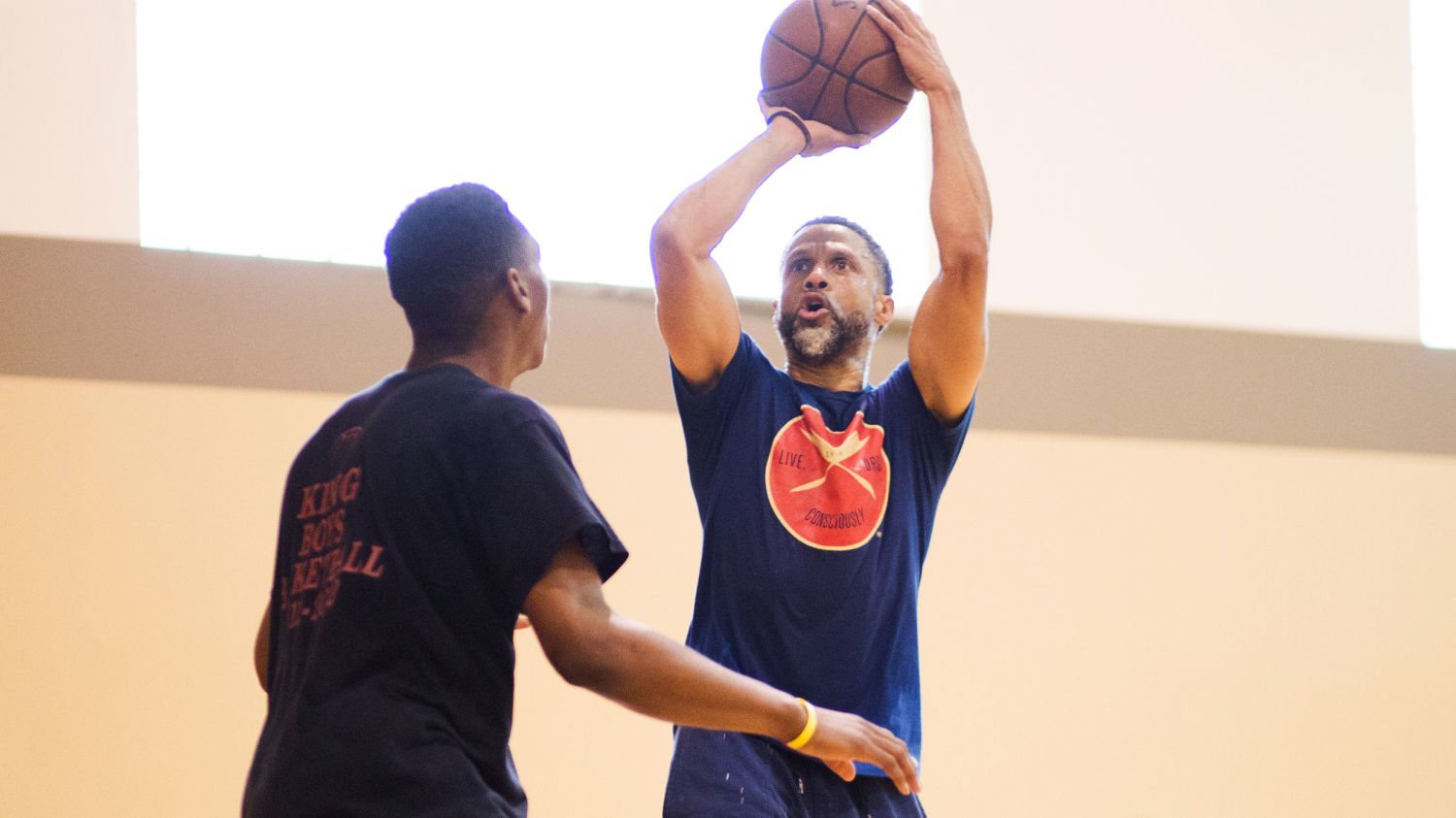 The league has surpassed the expectations of doubters and even Ice Cube himself, who had no prior experience running a sports team and never had the desire to own one.

“I’m too much of a fan,” Ice Cube said. “I would probably run in and fire everybody after a bad game. I never wanted the craziness of having one team, having the city just sweating you about the team. But having a league is great.”

But after becoming serious about wanting to co-own a sports league, which gave him more freedom and caused less stress by having multiple teams as opposed to just one, Ice Cube and Kwatinetz did their homework by first studying startup sports leagues that have tried and, unfortunately, failed to maintain.

From there, Ice Cube and Kwatinetz used what they’d learn to apply it to their own league. There were certain things Ice Cube knew he wanted from the league right away, including professionalism, high-class play and for fans to be excited about what they were seeing and experiencing.

“I expected the athletes to play hard,” Ice Cube said. “If the athletes didn’t play hard and didn’t play for real, we wouldn’t have went past year one. I expected basketball fans to love me for this because it’s just great to see these guys play, especially during the summer. I know how boring it is when you’re not into baseball, soccer or golf. This is something to get behind. It’s a whole league to focus on the players that you know, and they still can play. These guys look as good as they did when they were in the NBA.”

The league prides itself not only on the level of skills and competition the games bring but also the diversity in coaching and staff members who help make the games and the league what they are. The diverse unit of coaches and staff members includes Lieberman, former Oakland Raiders CEO Amy Trask and former WNBA star and Olympic gold medalist Lisa Leslie.

Each year, Ice Cube hopes to see the league become better than the previous season. And as far as media coverage, the business mogul hopes companies will see that coverage of the unique league would be better late than never.

“The reason why the powers that be are scared of us is because they know we can do this s—,” Ice Cube said. “They know that if we get our hands on what we need to, it’s over. We have the courage, vision and talent to do it. We want, but it isn’t just them. It’s a lot of sports media that ignores what’s being done.