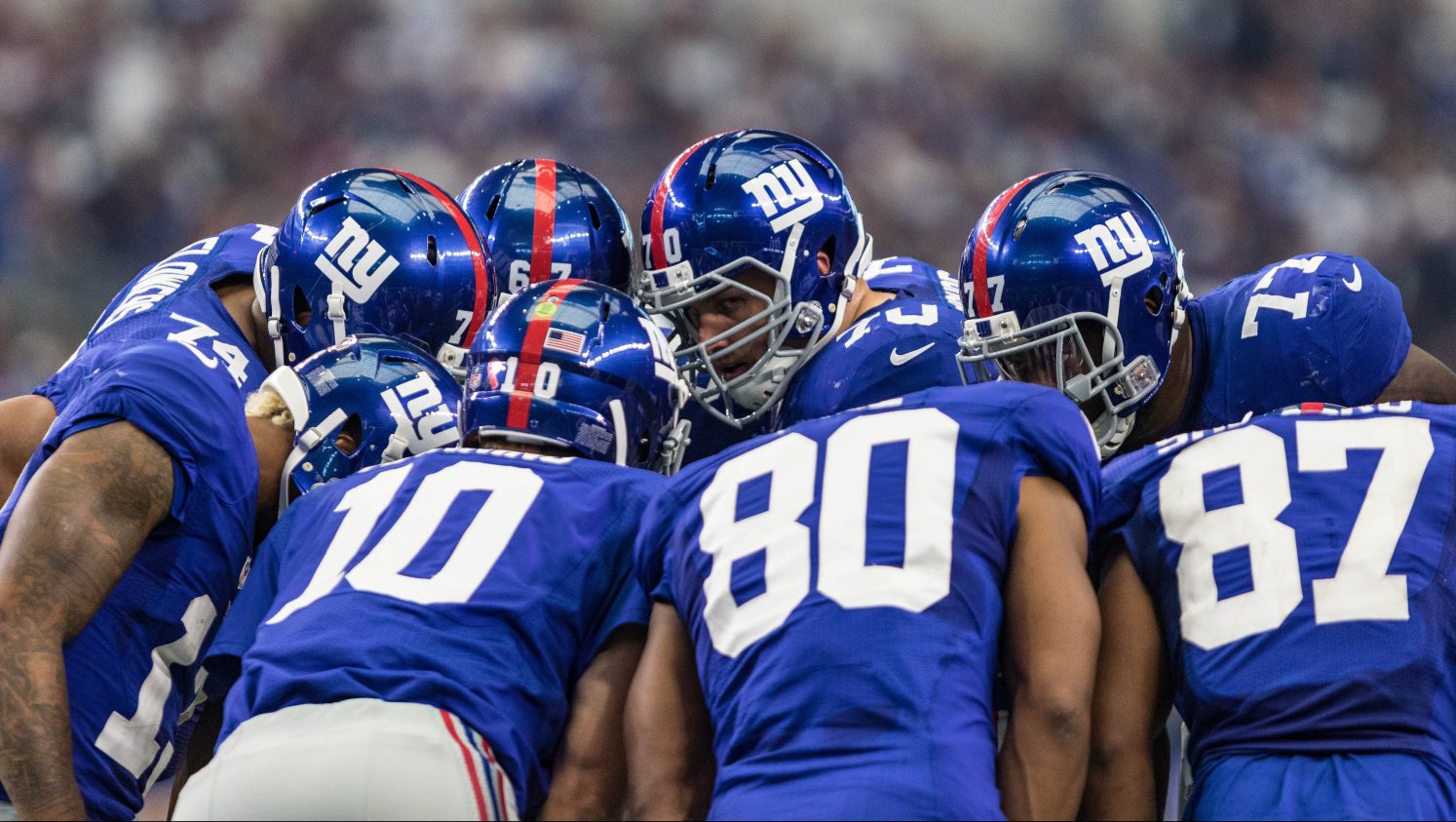 If the U.S. is a divided locker-room, how do we come together to heal?

N.Y. Giants players look beyond the wins and losses for perspective

The Republican Party still controls the House and the Senate. And young African-American athletes still dominate the two most popular pillars of contemporary American culture: the National Football League and the National Basketball Association.

What does that mean, moving forward, in a nation that has turned red and is visibly divided?

“Interesting question,” New York Giants offensive tackle Marshall Newhouse said this week. “We’ve actually had discussions about how we as players can play even a small role with our platform, but it’s complicated.”

I spoke with Newhouse after the Giants’ practice in preparation for Monday night’s game with the Cincinnati Bengals.

Newhouse, a veteran of seven NFL seasons, said that among others, U.S. Sen. Cory Booker has visited the Giants players and discussed issues ranging from social responsibility to mass incarceration to the disenfranchisement of young black men. Newhouse said the players have also talked about a concerted effort to turn the black majority of players into meaningful action.

“It’s not as easy as it might sound,” he said. “Some people have the heart for that movement, some do not. There are guys who are very comfortable where they are. I can’t knock it, but I’d like to challenge them to realize the standing they have in the country.”

I visited the Giants’ practice a day after Donald J. Trump pulled off a stunning presidential election victory over Hillary Clinton. With so much elation and so much disappointment, I was curious to speak with players about how they processed winning and losing.

More than any group, professional athletes have been taught from an early age how to handle devastating defeats and exhilarating victories.

I did not ask Newhouse how he voted, though that became clear when he described how it felt to wake up on Wednesday to a Trump presidency.

“In the moment, there was a sense of disbelief,” he said.

How does a professional athlete process a devastating loss?

I’ve always found the losing locker-room to be more intriguing. The players are more introspective. The losing team, by definition, must do more soul-searching, must ask the tougher questions: Why did we lose? What went wrong? Was it the game plan? The execution of the game plan? What did I do to contribute to the loss?

These are questions that must be raised postelection as well.

“I was told my second year in the league and it’s stuck with me ever since: ‘It’s never as good as it seems postgame and it’s never as bad as it seems,’ ” Newhouse said. “Keep it in perspective. It’s not as crazy one way or the other as it may have seemed at the moment.”

Eli Manning, the Giants quarterback, said he looked beyond the wins and losses.

The best teams, the championship teams, learn to put aside differences and focus on a common goal.

That’s easier to accomplish in a locker-room of 70 football players than in a nation of more than 300-plus million people.

“Technically, the entire U.S. population is on one team,” Newhouse said, “but you have millions of people with different ways of viewing the world who have different perceptions of what a win and what success looks like.

“We [players] have the benefit of being in a chamber and isolating ourselves. Definitely have a more concise goal in mind, smaller amount of people and a very clear-cut goal: Super Bowls.”

Can the locker-room model be adopted by society at-large? Newhouse says yes.

“There’s a reason why sports are so beloved,” he said. “They reflect what we go through in life. The ability for so many players from diverse backgrounds to come together for a common goal is something that can be translated out in the so-called real world.’’

“We collectively as a team are here to win. Everybody individually has their motivations, but at the end of the day, we want to win. We all have the same common goal. It’s kind of easy to rally up when everyone has the same common goal,” Jennings said.

What is that elusive common national goal? What constitutes winning for the nation?

Women in particular must be asking themselves that question in the wake of a presidential race in which sexism played a defining role in the outcome. This was an election where the metaphor of the men’s locker-room was used to justify boorish behavior.

How do we heal? How do we come back from this?

And is the role of a leader — a president, a head coach, a team captain — to facilitate the healing process, to pull a divided locker-room together?

“I think we all have to look at ourselves as individuals and be honest with ourselves,” Giants veteran defensive back Coty Sensabaugh said. “I don’t think leadership comes down to one person. I think it has to be everybody as a whole,” he said. “Leadership doesn’t have an age, doesn’t have a year, and doesn’t have stats. Everyone can lead in his or her own little way, but it has to be one common goal.”

Manning said he felt progress and healing, learning from a loss, it had to be an individual initiative.

“Look at yourself, and see what you’re doing to make improvements or to make a difference,” he said. “That’s going to make a bigger impact than who’s president.”

On Monday night, more than 80,000 fans of all political stripes, Republicans, Democrats, independents, the faithful and the nonfaithful, will converge on METLife Stadium and root for the Giants. For three hours, Trump supporters in their elation, Clinton supporters in their sorrow, will cheer with one voice for their Giants.

“That’s what makes sport special,” Newhouse said. “It’s just a game, but it can also be a healing mechanism for us.”

Will the American locker-room ever heal?

“Time will tell what that looks like,” Newhouse said. “We’re living in an amazing time with a lot of possibilities and a lot of wonder.”

Newhouse said that after his initial disappointment over the election results, he went into sports mode and began to look ahead to the next game.

“There is room for optimism because so many people have dedicated their lives in the past, the present and hopefully in the future to fighting the righteous fight.”

Indeed, winning and losing must be tempered.

“The sky doesn’t fall when you lose,” Newhouse said. “And you’re not anointed just because you won.”