‘Insecure’ recap: Issa gets her groove back, Molly’s dating life is back and Lawrence loses track

When a basketball player is going through a slump, to regain confidence, he or she needs to see the ball go through the hoop — a jumper, dunk, 3-pointer, layup or free throw. Doesn’t matter, as long as it’s a bucket. That’s how I feel about Issa’s sex life.

Rekindling the romance with Lawrence is a pipe dream (for now), so Issa needed to go full Stella and get her groove back. Even if it was in typical Issa fashion — awkward. It nearly went down with Luke James, but that went to hell with a gasoline thong on. But sexing the neighbor was to be expected. Close living vicinity. Happenstance meeting. Creep pool glimpse from the kitchen window. But even I have to applaud Issa’s savage game — using the “did you forget your charger?” move. The only question now is how does Issa keep the momentum going moving forward since she’s so interested riding the wave of this “hoe phase.”

Last week we pondered Molly’s personal life — and here we are. All credit to Issa as ultimate wingwoman in the club scene setting the pick-and-roll long enough for Molly to meet her new love interest (played by Emmy Award winner Sterling K. Brown of The People vs. O.J. Simpson: American Crime Story and This Is Us). Things are moving along swimmingly until he mentions settling down to marriage on the first brunch date. 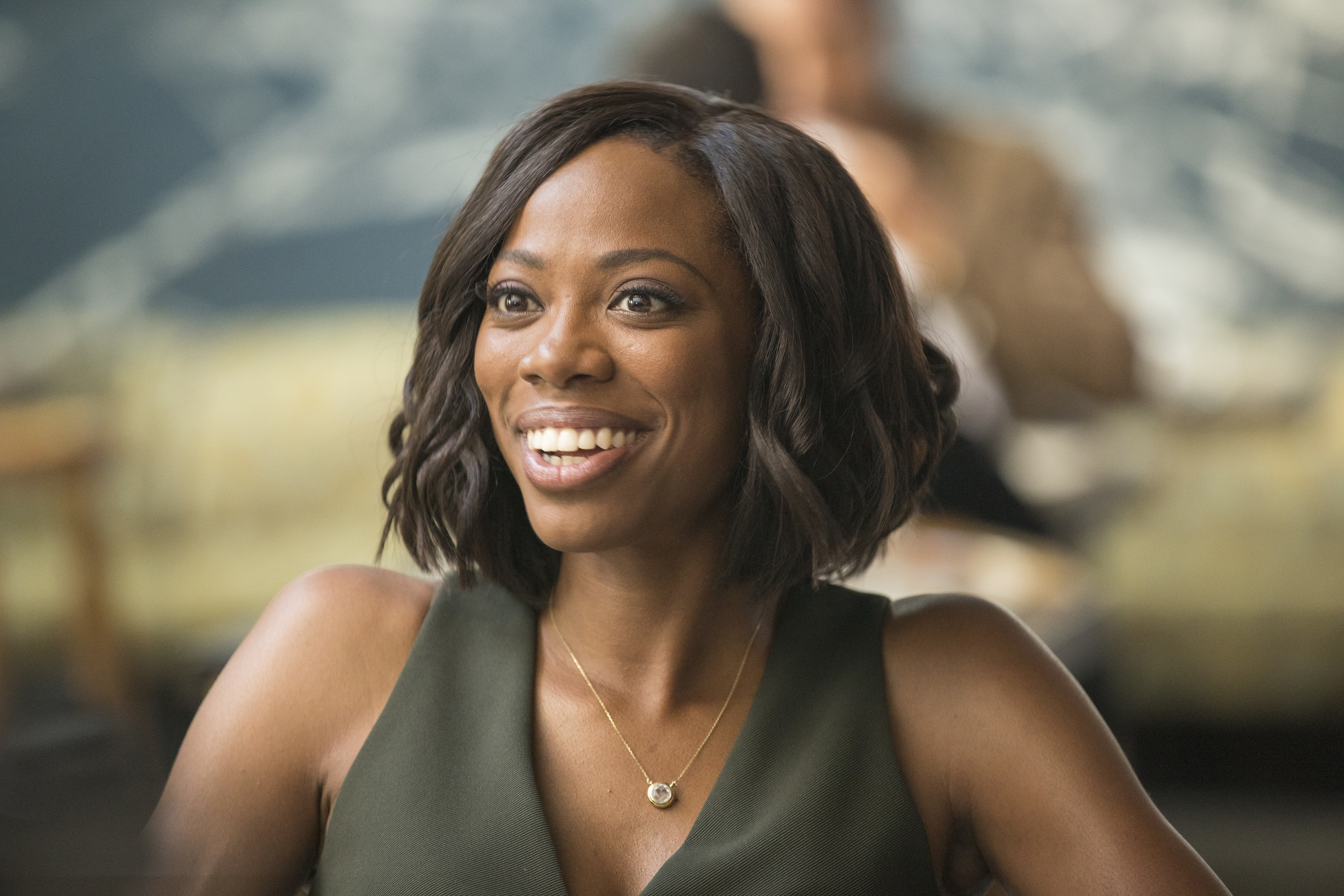 To be fair, Molly finding a way to not be interested in buddy might be classic overthinking Molly. But, playing devil’s advocate here, we all remember how hesitant she’s been to meet a new dude, considering how the situation with Jared went last season. And who brings up starting a family on the first brunch? Our guy Sterling K. went from blowing it with Marcia Clark in The People to doing so with Molly in back-to-back years. That’s an accomplishment in its own regard.

But as the great black philosopher Marshawn Terrell Lynch said in 2015, “You know why I’m here.” This episode was all about the bounce-back that divided social media to its core and inspired me to order a Lawrence Best Buy shirt: Tasha and Lawrence. The duo was on thin ice after Lawrence’s admission that he slept with Issa. They made up at the end of episode two. But things get tricky when Tasha invites Lawrence to a family cookout, which Lawrence accepts. Wrong move.

Lawrence obviously didn’t listen to Biggie Smalls when told us 20 years ago on “Sky’s The Limit” to Only make moves when your heart’s in it. Lawrence is not invested in Tasha. Anyone with a half a brain could see Lawrence wasn’t staying at that cookout. His mind was already distracted by his co-workers hyping up the company kickback. And to be honest, Lawrence looked more out of place at Tasha’s family cookout than Carlton Banks at a black college homecoming. There wasn’t a soul who was convinced he’d make it back to the cookout when he told Tasha he had to run – to handle some tasks at work. 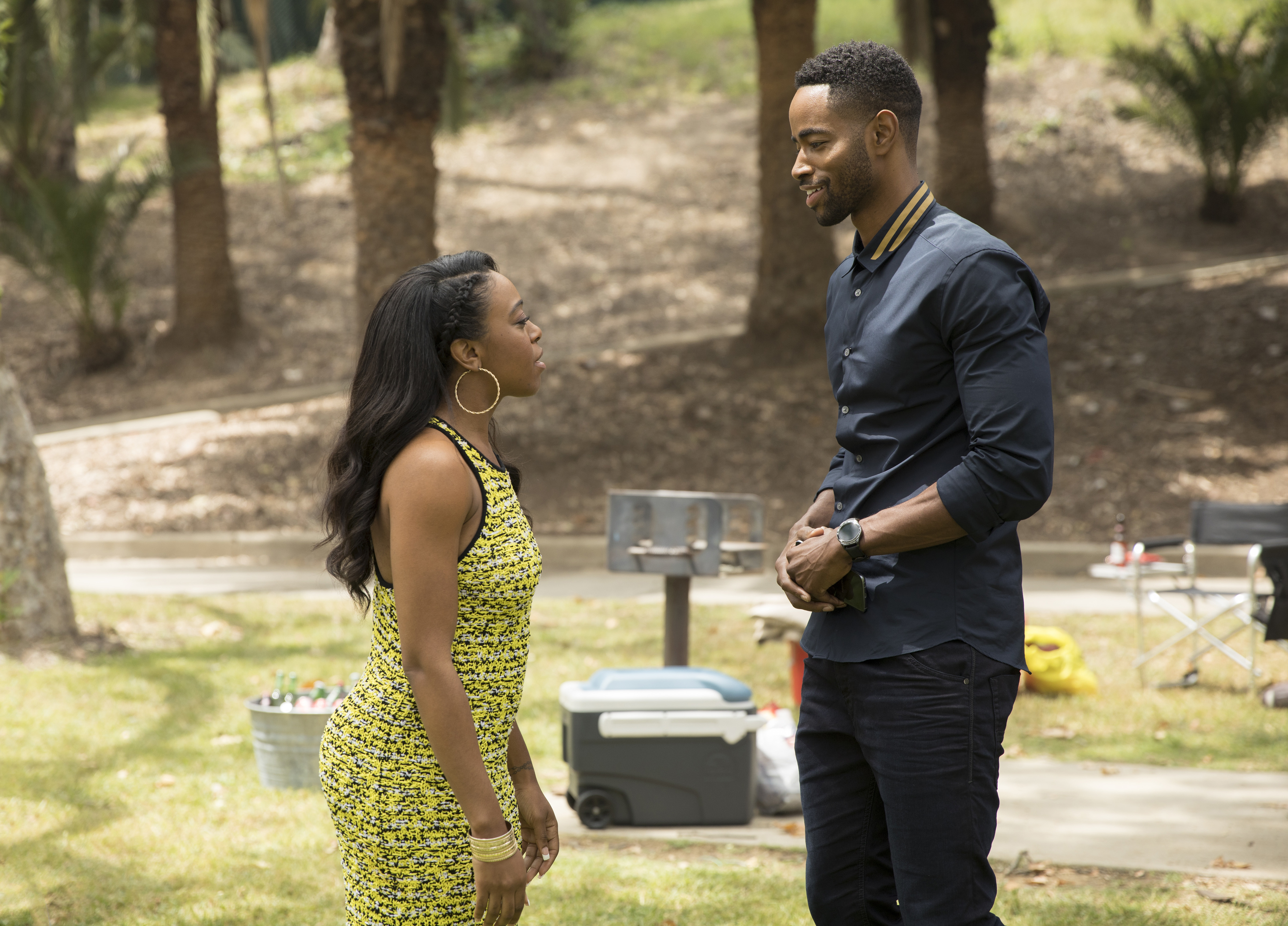 Just like there wasn’t a soul who was surprised when Tasha called him a “f— n—–.” The writing was on the wall. That’s the thing with not being in a relationship, but in a gray area where you’re “talking” to someone, and it’s not official. Lawrence was trying to be the good guy and live a single life. Trying to straddle that fence is like the Sex Panther cologne in 2004’s Anchorman — 60 percent of the time it works every time.

Tasha is done with the games. And Lawrence, he’s got a new place, so the blow-up mattress life he was living in Chad’s house earlier this season appears to be in the rearview. So R.I.P. Lawrence-Tasha, the 3.25 episode fling we hardly knew. For now, at least.