Inside the day the Timberwolves learned of the Chauvin verdict

Karl-Anthony Towns was expecting the worst as he awaited the verdict in the Derek Chauvin trial on April 20. The Minnesota Timberwolves were on the road in Sacramento, California, and it was about five hours before tipoff.

The Wolves star was glued to the television in his hotel room, watching along with his loved ones on FaceTime after the team was told that the verdict would be coming soon. Towns was hoping it wouldn’t be another Rodney King situation, when four white California police officers were acquitted in 1992 of the severe beating of King.

When it was announced that Chauvin, the former Minneapolis police officer, was convicted on all charges in the murder of George Floyd, Towns let out a sigh of relief.

“It was a moment that shocked me because I thought the world lacked accountability so much and that the Floyd family wasn’t going to be served justice,” Towns told The Undefeated. “I was just shocked to see the first one come in guilty, because I felt very good about the next two [counts]. I just prepared for the worst because we’ve only been given the worst for so long.”

Over the past year, no NBA team has been more impacted by Floyd’s death than the Timberwolves. George Floyd Square, the memorial site where Floyd died on May 25, 2020, after Chauvin pressed his knee to Floyd’s neck for 9 minutes and 29 seconds, is four miles from the Target Center, the Wolves’ home arena. Towns, who was dealing with the death of his mother due to COVID-19 at the time, and Wolves teammate Josh Okogie were among those who attended a rally in Minneapolis in support of Floyd just days after his death.

Through it all, Timberwolves director of security Tony Adams and Wolves vice president of player programs, diversity and inclusion Tru Pettigrew, both of whom are African American, supported the players. They also educated them about law enforcement and the judicial system.

Adams, a former Minneapolis police officer who said he never met Chauvin during his police days, had several conversations with players about the police. He also set up a Zoom meeting with Minneapolis police chief Medaria Arradondo and Mayor Jacob Frey last June. 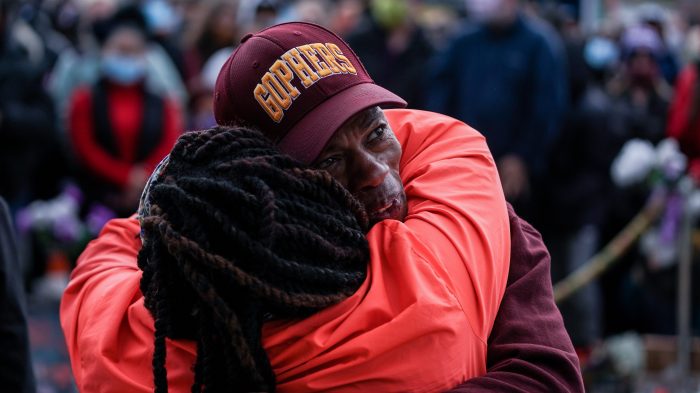 “We started talking to the players about [Floyd] right away because as it went viral, everybody was talking about it,” Adams said. “And then at some point, after the charges were announced, we were able to get a Zoom meeting with the whole organization, with the [WNBA’s Minnesota] Lynx, with the Timberwolves and the staff again, to have that conversation, open dialogue with the mayor and the police chief.”

Timberwolves forward Jarred Vanderbilt said Adams and Pettigrew did a great job of keeping the players informed about what was going on in Minneapolis, the country and the world.

“We worked with the players and helping them to process their feelings and emotions around this seemingly continued series of injustices that the killings of men that look like them by law enforcement,” Pettigrew said. “And the mistreatment, and inequities, and inequalities, not just of law enforcement, but even into the judicial system of young men that look like them.

“The tragedy was traumatic for all of us.”

On the day of the verdict, the Timberwolves were in Sacramento for a back-to-back set against the Kings while many of their loved ones were in Minneapolis. The team, which was scheduled to fly to Utah next, didn’t know when it would get to go back home.

The Wolves had a contingency plan in case Chauvin received a not guilty verdict that could lead to civil unrest in Minneapolis. Part of that plan included playing a “home” game against the Utah Jazz in Salt Lake City on April 26 instead of in Minneapolis. Pettigrew said he got questions from players asking what would happen to the franchise financially if they lost home games.

“Just for our safety, they had planned on us staying out there an extra couple of days, just because we just never know what the city was going to look like, had [Chauvin] not been guilty,” Vanderbilt said.

Said Towns: “It was stressful.”

Pettigrew said players expressed fear in text messages and conversations about the Chauvin verdict going in favor of the former police officer. Pettigrew told the team on April 20 that a quick jury decision meant a guilty verdict was likely.

The Chauvin verdict was expected to be read around the time NBA players typically take a nap on game day. But the Timberwolves players were up awaiting the news. Vanderbilt, who is from Floyd’s hometown of Houston, was watching anxiously in a Wolves conference room with several teammates.

After Judge Peter A. Cahill read the guilty verdict, a sense of relief filled the room just like it did for Towns in his hotel room.

“We got some justice. And obviously it shouldn’t be something that should be celebrated. Hopefully it could become the new normal,” Vanderbilt said. “But this is supposed to happen. And the fact that we was all so nervous that there was a possibility, and a chance, that it wouldn’t happen that way … that says a lot.

“That’s one step in the right direction. Change is happening. And hopefully it’s a start. And finally holding everybody accountable.”

That night, the Timberwolves, who had a league-worst 15-43 record, arrived at Golden 1 Center to play the Kings with extra motivation to get the win.

“That was a big day for us, for our city, for our country, for everybody,” Vanderbilt said. “But us in particular, since it did happen in our respective city, it just gave us a little more extra motivation to go out there and just play hard. The city needed that.”

Minnesota trailed 115-114 in the fourth quarter before rookie Anthony Edwards nailed a 3-pointer to start a key 14-0 run. The Wolves pulled away to win 134-120. Towns led the team with 26 points and a season-high 18 rebounds.

Afterward, the Wolves dedicated the game ball to Floyd’s family.

“Just to win the game was an amazing feeling, but we knew that the game was bigger than us,” Towns said. “That game was for our community, for George Floyd’s family, for everyone grieving. The country was grieving.

“Just because there was justice served doesn’t mean the grieving had stopped. There was so much more grieving to be done over the loss of a life.”

The Timberwolves returned to Minneapolis for the first time following the Chauvin verdict on April 22.

On Tuesday, the Wolves hosted several of Floyd’s relatives, including his brother, Philonise, for their game against the Houston Rockets. They met with Towns, Edwards and Okogie, as well as Pettigrew, team president Gersson Rosas and assistant general manager Joe Branch.

After the Wolves’ 114-107 victory over the Rockets, the team presented the game ball (signed by the players) and game-worn jerseys from their April 20 win to Floyd’s family. Minnesota also gave the family a Wolves jersey that featured Floyd’s name and his junior college basketball jersey number, No. 5. 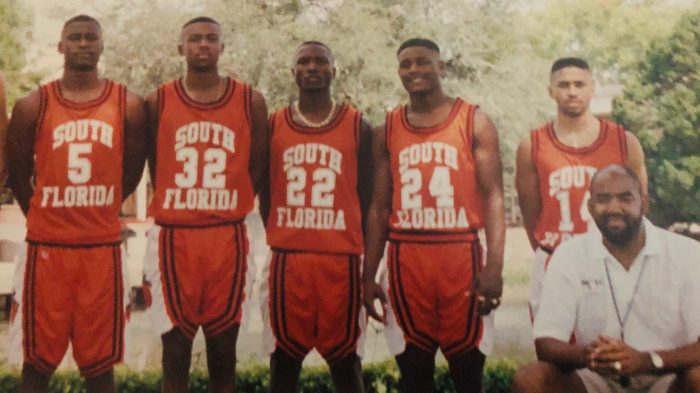 ‘He represented us’: George Floyd’s lasting impact as a two-sport athlete in HoustonRead now

“The moment that we were able to share with George Floyd’s family was bigger than all of us,” Towns said. “We are connected to that family through the Minneapolis community. They suffered a tremendous loss and have sacrificed so much in order for massive impact to be made in the world of social justice.”

There have been others who have died due to police brutality in America since Floyd’s death. Daunte Wright, a 20-year-old Black man, died after a police officer shot him during a traffic stop in a Minneapolis suburb on April 11, not far from where Floyd died.

“For a similar situation to happen around that same time, it was just mind-blowing,” Vanderbilt said. “It’s like, ‘Where does it end? Where does it stop? What can we do to help change?’ And it seems like it’s always happening.”

Towns says the Timberwolves and NBA players need to step up even more. 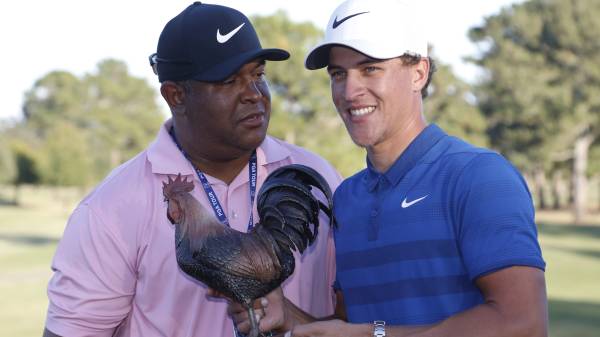 “That job is nowhere near done,” Towns said. “There’s so much more work to do. And us as NBA players, but especially us as Timberwolves players, we got to do even more in our communities to bring some sort of unity and accountability. But also just to bring some peace, and use the game of basketball that has brought so much joy to so many people’s lives. We got to use it to bring joy to our communities, but also peace and unity.”