Is the Knicks’ change in culture working?

Led by Steve Mills, Scott Perry and David Fizdale, the Knicks are on a mission

NEW YORK — Steve Mills sat with his family in the stands of Madison Square Garden during the 2014 Stanley Cup Final. As the New York Rangers competed for a championship on the ice, Mills couldn’t help but dream about the day the New York Knicks would do the same on the hardwood.

“I know what winning in this city would feel like, and how important it would be,” Mills, who is currently the Knicks’ team president, told The Undefeated. “I sat with my wife and daughter at a Rangers game when they were in the Stanley Cup Final. And I said, ‘Listen, this is big. This is really a big opportunity. But this is nothing compared to what would happen when the Knicks get to the Finals.’ …

“We want to deliver a championship team to New York. As a kid who grew up in New York, if I could be a part of setting that foundation and building that right … that’s what’s exciting about it. It’s hard, but it’s exciting.”

The Long Island native and lifelong Knicks fan fondly recalls when the team raised its last championship banner after the 1972-73 season. Nearly a half-century later, Mills believes the storied yet struggling franchise is finally back on track to put together a title-contending team.

The Knicks are coming off a disappointing season in which they finished with the worst record in the league and traded star forward Kristaps Porzingis to the Dallas Mavericks. But New York is looking on the bright side. Last week, the franchise took a step in the right direction by selecting RJ Barrett with the No. 3 pick in the NBA draft. And, thanks to the Porzingis deal, which netted the team a talented young guard in Dennis Smith Jr. and two future first-round picks, the Knicks will head into free agency with major salary cap space.

“We’re going to do everything we can to try to attract free agents, as long as they’re the guys that buy into what we’re trying to do as an organization,” Mills said.

New York has long been considered a potential destination for Golden State Warriors free-agent forward Kevin Durant. (Knicks general manager Scott Perry was part of the Seattle SuperSonics’ front office that drafted Durant.) But it remains to be seen how Durant’s Achilles injury affects things on both sides. The Knicks also are hopeful for a free-agent meeting with 2019 Finals MVP Kawhi Leonard, according to a source, and have interest in New York City native Kemba Walker and New Jersey native Kyrie Irving.

Other free agents on the Knicks’ radar include their own free-agent center DeAndre Jordan, Warriors center DeMarcus Cousins and twins Markieff and Marcus Morris. New Orleans Pelicans forward Julius Randle and the Knicks also have mutual interest, according to sources.

“We are going to have the opportunity to meet with the guys we want to meet with,” Mills said without offering details or confirming names.

There is the real possibility the Knicks don’t land any of their top targets, but the fact that Mills and the front office are in position to compete for elite free agents just two years after Phil Jackson left as president of basketball operations is no small feat. To say the Knicks were a mess under Jackson would be an understatement.

New York won a mere 80 games during the three seasons Jackson was in charge. Among Jackson’s worst moves were giving Carmelo Anthony a no-trade clause in his five-year, $124 million deal and signing Joakim Noah to a four-year, $72 million deal. Jackson also had public feuds with Anthony and Porzingis. And, not to be forgotten, he was slammed for his “posse” comments in reference to LeBron James’ business partners.

Jackson was eventually replaced in 2017 by Mills, who was the team’s general manager under Jackson. Mills’ first notable front-office move as president was hiring Perry, who was assistant general manager of the Sacramento Kings and had drafted guard De’Aaron Fox and center Harry Giles. Perry’s previous front-office experience included stints with the Detroit Pistons, the SuperSonics/Oklahoma City Thunder and the Magic.

A year later, Mills hired Fizdale, who led the Memphis Grizzlies to the playoffs in his first season with the franchise in 2017 before being fired after a 7-12 start (and friction with Grizzlies star Marc Gasol) to open the 2017-18 season. Fizdale had interest from other teams and a head-coaching offer from the Phoenix Suns but said he was “foaming at the mouth” for the Knicks job.

The Knicks told Fizdale that they wanted a head coach who was committed to a patient build.

“I told them, ‘You don’t have to worry about me because I am in for the plan,’ ” Fizdale said. “The plan is we’re going after particular people who are trying to fit what we are trying to build. And if it doesn’t fall in line, then we don’t go down that road.”

The Knicks hired Fizdale in May 2018. That created the first NBA trio of a black president, general manager and head coach.

“When I look back on my life, I will have an opportunity to say, ‘I had an opportunity to be a part of the first time three African American men have held these positions with a sports franchise,’ ” Fizdale said. “I can always say I did that.”

In a league that is predominantly African American — the NBA was 74.8% African American and 81.9% people of color during the 2018-19 season, according to the 2019 National Basketball Association Racial and Gender Report — no franchise has more black representation in the front office than the current Knicks.

Besides Mills, Perry and Fizdale, assistant general manager Gerald Madkins and special assistant to the general manager Allan Houston are African American. Vice president of player and organizational development Craig Robinson, who is the brother-in-law of former President Barack Obama, and director of player personnel Harold Ellis are also black. And the Knicks’ roving scout, Makhtar Ndiaye, is a former NBA player from Senegal.

“The African American front office, that doesn’t get lost on guys,” Mills said.

Barrett said he was pleasantly surprised to see a predominantly black front office and black head coach when he met with the Knicks the morning after they landed the third overall pick in the draft lottery on May 14. The meeting included Mills, Perry, Fizdale, Madkins, Robinson and director of scouting and administration Kristian Petesic. Perry said Barrett told the Knicks during that meeting that he wanted to come to New York.

“It was a great meeting,” Barrett told The Undefeated. “They were all great and very honest, and I really appreciated that. We had a great conversation.

“I was very surprised, but I was really comfortable.”

Later that night, the Knicks met separately with Barrett’s father, Rowan, whom Perry has known since they competed against each other as assistant coaches at St. John’s and Michigan, respectively.

“That makes a huge statement when you have a big prospect like [Barrett] say, ‘This organization has a chance to be something special’ and wants to be part of something like that,” Perry said. “That says a lot about [me, Mills and Fizdale], that says a lot about the team. He obviously feels a connection to the city, the fan base, and a connection to the three of us.”

Two years ago, that wasn’t necessarily the case.

During the 2017 NBA draft combine, Mills said, prospects from the University of Kentucky refused to meet with the Knicks.

The sentiment toward the Knicks began to change after Kevin Knox, who played at Kentucky, expressed excitement about the possibility of joining the Knicks. New York drafted Knox ninth overall in 2018.

Fizdale said the key for the Knicks’ change in reputation is personally “connecting with the players.”

“We treat our kids like they are our kids,” Fizdale said. “We don’t treat them like basketball players — we treat them like family members. We’re going to turn this by doing it, just not talking about it.”

New York has talented young guards in Barrett, Smith Jr., Emmanuel Mudiay and Frank Ntilikina and a potential star forward in Knox. Perry and Madkins also found two diamonds in the rough in center Mitchell Robinson and undrafted guard Allonzo Trier. And the Knicks have seven first-round picks from 2019 to 2023.

While the Knicks have an opportunity to acquire a major free agent or two in July, they maintain they will be patient to make the right move or no move at all. Mills said Knicks ownership is committed to a patient build with no pressure to sign free agents.

“Our plan wasn’t to create $70 million in room to go after free agents this summer,” Mills said. “Our plan was to organically build this team through teamwork, drafting well, getting high-character guys that want to compete. The [salary cap] space was a byproduct of that. If the right guys are there for us, great, because we still have all the young pieces and draft picks to move forward.

“And if they’re not, we’re going to keep building our plan, drafting our guys, playing well and potentially being trade partners. We feel really good about where we are going.”

Said Perry: “As an outsider coming in two years ago, I can’t tell you how many people have stopped me and said, ‘Stick to your guns. Keep doing what you’re doing. We like what you guys are doing.’ For so many years, there have been detoured paths. ‘Oh, there is a shiny object over there. There is an aging star over there. Go grab the name.’

“No. We are trying to build a basketball team that will be good for a long time. Look at the teams in the [NBA] Finals, the final four and the elite eight in the playoffs; it took years to build those teams.”

The Knicks haven’t been to the Finals in 20 years and haven’t been to the playoffs since 2013. There is more intense pressure to win in New York than perhaps any other sports market in North America. While that could sound daunting to free agents, it could also be a selling point. 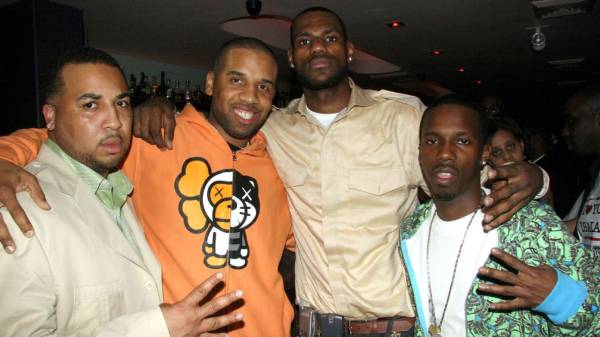 “The opportunity to put a banner in that building? You’re not a competitor if you don’t want that,” Fizdale said.

Mills mentioned how revered former New York Yankees star Derek Jeter and former New York Giants star Lawrence Taylor are in the Big Apple. For an NBA player to win a title in New York with the Knicks, Mills believes “there is no other place that you can be as iconic.”

“This is the basketball capital of the world. The most important city in the world,” Mills said. “And to come here and win? This city is starved for winning basketball, a championship that counts in basketball. I don’t think there’s a better place where you can all of a sudden build your legacy and be iconic forever.”