By winning his fourth NBA title, LeBron James has not only just leaped into history, he’s also leaped over Michael Jordan in the heated, ongoing debate over which player is greatest.

James scored 28 points and had a triple-double Sunday to lead the Los Angeles Lakers to the franchise’s 17th NBA title.

There has not been another NBA superstar to lead three different teams to a championship: not Jordan, not Magic Johnson, not Kobe Bryant. Kareem Abdul-Jabbar led the Milwaukee Bucks to a title and then helped the Lakers win five, but no one has matched James.

And none of them had to compete in the bizarre atmosphere of a bubble.

This NBA championship has been like no other and has been harder in many ways than any other. The emotional fatigue of playing inside a bubble for nearly three months is hard enough. Add the emotional strain, the isolation, with no fan-driven energy to pull players out of a malaise, and you have rigorous, unprecedentedly difficult playoffs.

Outside of counting wins and losses, I put minimal weight on statistics — they’re often empty calories. But James has dominated every statistical basketball category. In Game 1 of the NBA Finals, he passed Abdul-Jabbar for the fourth-most rebounds in NBA history. Also in the Finals, James passed John Stockton for all-time assists in the postseason.

Then there are expectations, which I do weigh heavily.

Unlike Jordan, James entered the NBA with multiple mountains of expectations. Abdul-Jabbar, a legend in high school and a winner in college, may have been the only player to enter the league with as many.

James was on the cover of Sports Illustrated when he was 17 and was called the savior of Cleveland when the Cavaliers drafted him first overall. He eventually delivered.

One of the most significant considerations in my leapfrogging James over Jordan is something over which Jordan has no control: posterity.

James has won a fourth NBA title with a third different franchise. Not just any franchise, but with the Lakers. This accomplishment makes James’ connection to NBA history deeper than Jordan’s.

The human links of greatness that have connected the Lakers from the 1950s through the middle of the 21st century are astounding: George Mikan, Elgin Baylor, Jerry West, Wilt Chamberlain, Abdul-Jabbar, Johnson, Bryant, Shaquille O’Neal.

“The two most storied franchises in the NBA are the Los Angeles Lakers and the Boston Celtics,” Isiah Thomas said earlier this week during an interview with SiriusXM NBA radio.

“Those of us who have competed and played in the NBA understand their significance and their relevance. Also, those who have won championships with the Boston Celtics or Los Angeles Lakers can tell you how difficult and how extreme the pressure is to win in those two places and the demand and the hunger to be a champion in those two places.”

The Lakers entered the NBA in 1949. The New York Knicks and Celtics are the only NBA teams to have continuously played in their respective cities longer, both beginning in 1946.

Then there was a decadelong drought for the Lakers. Once again, James stepped into a lion’s den of expectations. James was expected to lead the Lakers back to glory.

“LeBron James leaving Cleveland to go to Los Angeles and play in the shadow of Shaq, Kobe, Kareem, Wilt, Elgin, Jerry West,” Thomas said. “Then be burdened with – to get your name in the rafters, you have to win a championship in Los Angeles with the Lakers. No other player has faced that kind of pressure in the last six, seven years that I’ve been watching the NBA.”

Those were all expansion franchises. Chicago entered the NBA in 1966, Cleveland entered in 1970, Miami in 1988. James led Miami to its second and third NBA titles and Cleveland to its first. None of those franchises, except for Chicago, has enjoyed a long streak of titles. Chicago’s streak ended when Jordan left. 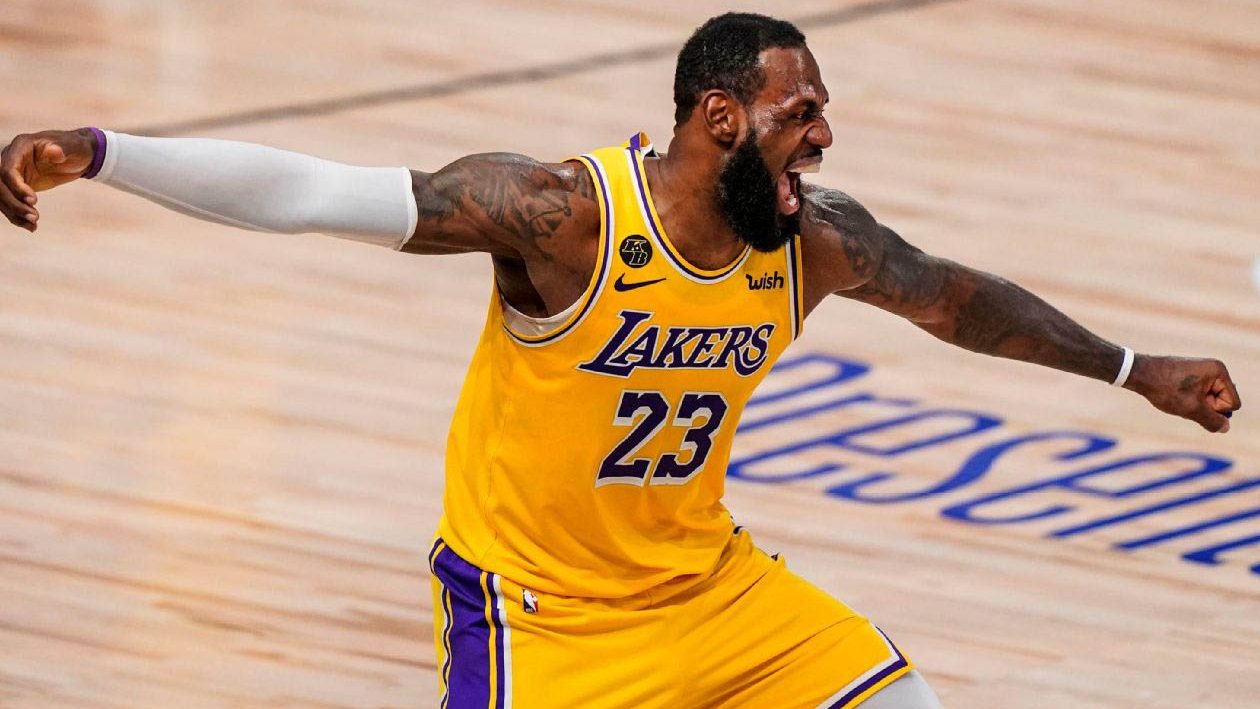 Perhaps because leadership and courage from one generation to the next has been crucial to Black survival in the United States, I put more weight on James becoming part of the Lakers’ long chain of success.

Indeed, the most important element in leapfrogging James over Jordan is what James has done off the court. What James has accomplished outside of basketball has elevated his stature in the pantheon of Black athlete activists.

Jordan set the standard for neutrality among African American athletes. James forcefully demonstrated that being unapologetically Black and standing for one’s community is not a luxury, it’s a responsibility.

James led the charge to get rid of a racist NBA owner. On multiple occasions, he challenged the president of the United States. In doing this and eschewing neutrality, James led the way for a generation of young Black athletes to speak up. He gave them back their voices.

Black survival and progress have depended on prominent African Americans leading the charge, inspiring the masses. James is not the only prominent African American athlete to use visibility as a megaphone to fight for equality and justice. He is one of the first active Black athletes in team sports to organize athletes, to stress the importance of teamwork and unity.

He recognizes that revolution, like basketball, is a team endeavor. That’s why James, in my book, has leapfrogged over Jordan.

Abdul-Jabbar is ahead of them both, but that’s another column for another day. James is far from finished. Winning a fourth NBA title and leading a third team to a championship may not only be the pinnacle of his basketball career but in life, at 35, James is just getting started.

There are so many more mountains to conquer.