After years of silently remembering him, Sharon Robinson publicly embracing his values, principles and legacy

Later this week, the nation will celebrate what would have been the 100th birthday of Jack Roosevelt (Jackie) Robinson. Robinson, born on Jan. 31, 1919, shattered one of America’s most symbolic pillars of institutional racism when he desegregated Major League Baseball on April 15, 1947. What his daughter, Sharon Robinson, finds gratifying is that 100 years after his birth and 47 years after his death, her father’s spirit still resonates.

“The fact that it’s his 100th birthday and we’re even talking about him is amazing,” she said from her home in Florida during a recent phone conversation. “It means that after all of his work, all of the sacrifice, the joys and the hard times, he is still having an impact. That is pretty incredible.”

Beginning with a schedule of events Thursday, MLB will celebrate the centennial observance of Robinson’s birth throughout the 2019 season. On Thursday, the Museum of the City of New York will open an exhibit, In the Dugout with Jackie Robinson, featuring images of Robinson and the Dodgers taken from the museum’s Look magazine collection, along with home movies and other memorabilia.

Robinson’s participation in such a public commemoration of her father’s birthday is a significant break from tradition.

She was born three years after his historic breakthrough and lived much of her early life sharing her father with the world. In the years after his death, his birthday became the one part of their relationship she kept for herself.

“I didn’t know what to do with his birthday; I would actually cry every birthday,” she said. “I never wanted to do anything publicly. I wanted it to be a private thing. I needed for some pieces of him to be our day.”

She made an exception in 1979, on the anniversary of Jackie’s 60th birthday, when she honored her dad with a gospel concert at the Cathedral of Saint John the Divine in New York.

“He loved ‘Oh Happy Day,’ ” she recalled, referring to the signature hit of the Edwin Hawkins Singers. “He used to always play it on the 8-track player in his car.” The highlight of the New York concert was the Hawkins Singers’ rendition of that song.

After that, Robinson went back to celebrating her father’s birthday in private, until this year, when a public celebration of the centennial milestone seems appropriate. “We have some large things we want to accomplish this year,” she said. “This year I’ll do something on his birthday and be public about it, but still in my heart, I’d like that day to be a quiet day.”

The Jackie Robinson Museum is scheduled to open in Manhattan in December, and in September, Sharon will publish her 12th book, Child of the Dream. The book uses the 1963 Children’s Crusade in Birmingham, Alabama, to explore her coming to terms with racism and race relations.

The Children’s Crusade brought national attention to the suffocating racism in Alabama when school-age children marched in Birmingham for two weeks. Nightstick-wielding police used dogs and high-pressure fire hoses to attack the students.

The televised violence ultimately helped force President John F. Kennedy’s administration into action. The book repeats a theme that runs through each of Robinson’s children’s books: the importance of young people finding their voices and speaking up for justice and equality.

“The children’s march mobilized the country because it was on television,” said Robinson, who remembers watching from the safety of her family’s home in Stamford, Connecticut.

The march was an epiphany for Robinson. While shielded from the rabid racism she saw happening in Birmingham, Robinson and her siblings faced a more insidious type of racism in the North and in her affluent Stamford community.

“I didn’t understand that subtle racism was still racism,” she said. She and her brother experienced bigotry but never discussed it. “We weren’t marching. Nobody was stopping us from going into the school. We didn’t understand how this was having an impact on who we were and our self-esteem.”

The Birmingham Children’s Crusade helped bring home a jarring reality: Whether you’re black and living in poverty or black and affluent, you will likely be affected by racism.

Her father’s life was a testament to how to fight back and how to embrace the fight.

“When I speak to kids, I always focus on finding your voice; it’s never been more critical than now,” she said. “What’s exciting for me about this time period is how women are speaking up, how children are speaking up against the violence they witness and experience firsthand.”

Nowhere has this youthful dissent been more present than in sports, where many young black athletes have raised their voices in protest.

“When I speak to kids, I always focus on finding your voice; it’s never been more critical than now,” Sharon Robinson said. “What’s exciting for me about this time period is how women are speaking up, how children are speaking up against the violence they witness and experience firsthand.”

Robinson said she thinks her father would embrace an athlete like Colin Kaepernick, whose protest during the national anthem beginning in 2016 resulted in his banishment from the NFL.

In 1968, Robinson went to the defense of American sprinters Tommie Smith and John Carlos in the aftermath of their demonstration on the victory stand during the Mexico City Games when they raised their fists during the national anthem.

“I think he would be very supportive of activism of the athletes because that’s what he was looking for when he was traveling with the civil rights movement,” she said. “He tried to get other athletes to come with him. It was only the boxers who would come.” Floyd Patterson joined Robinson in Birmingham, and Joe Louis gave his support as well.

“He was always disappointed that more athletes didn’t join him,” she said.

The yearlong celebration should not divert public attention from the powerful and overriding significance of Jackie Robinson’s legacy. Diversity matters. The pursuit of diversity was the essence of the pain, suffering and sacrifice Robinson made when he began to tear down the wall around Major League Baseball.

Diversity, as MLB will affirm, has been essential to growth and prosperity of the sport. Baseball has established a global footprint precisely because of the process Robinson set in motion more than seven decades ago.

“It’s so critical that as Americans we embrace the beauty of our diversity,” Sharon Robinson said.

“I want us to meditate on the fact that the struggle continues for equality in this country,” she said. “In my father’s era, it was a black-and-white world. Today, it’s a global world.

“For a while we celebrated diversity, but now the forces are pointing in the other direction, where diversity is not something we celebrate but build a wall to keep from getting more diverse.”

For the first seven years after her father’s death, Sharon Robinson had a difficult time embracing the fact that he was gone. She has written books about her father in the intervening years and works with Major League Baseball in its Breaking Barriers initiative, talking about her father’s values and principles about overcoming obstacles.

“I’m past that initial grieving,” she said. “I’ve accepted it, studied his life and shared it with other people, so it’s completely different now.” 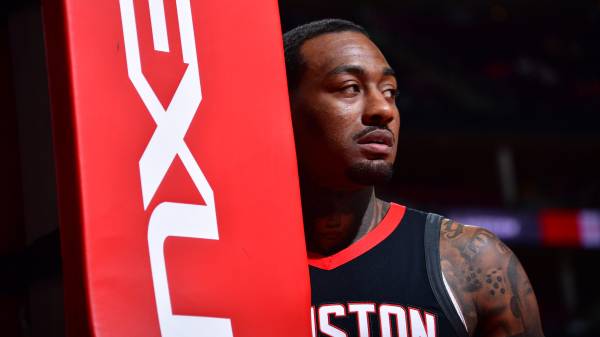 The upcoming year represents a fulfilling convergence of everything her father represented. Construction has begun on the museum, and meetings are being held about what will go inside of it.

“It’s exciting,” she said. “You understand that he was a public person, and now we’re going to have a physical monument to him that is alive and active and helping children understand the important issues, like race.”

Her father stands as a powerful reminder of the diversity that has made this nation great. “His legacy is that the struggle continues,” she said. “That message needs to be heard and digested more now than ever.”