Ashley Robinson is a baaaaad man when it comes to hiring football coaches, and he knows it. 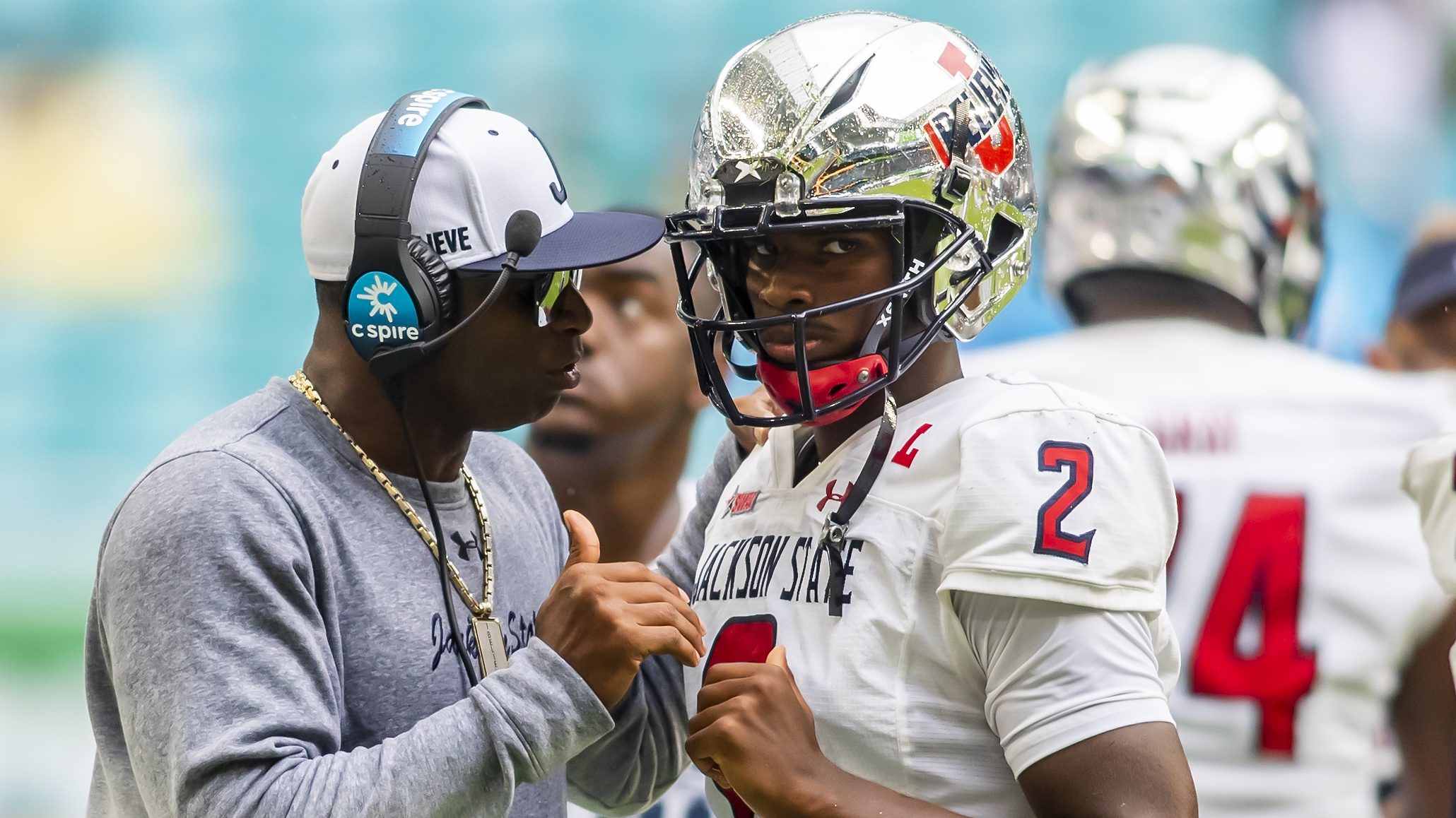 Prairie View A&M (7-4), coached by Dooley, and Jackson State (10-1), coached by Sanders, will play Saturday in the SWAC championship at Mississippi Veterans Memorial Stadium. Florida A&M, coached by Simmons, made the FCS playoffs on Nov. 27 with a 9-2 record.

Before losing to Southeastern Louisiana in the playoffs, Florida A&M had only lost to Jackson State in the Orange Blossom Classic and South Florida.

“With Coach Prime, Coach Simmons and Coach Dooley all doing really well,” said Robinson, “it just shows that a little boy from Mississippi knows how to hire coaches.”

So how does Robinson keep surveying the landscape and finding the right coaches? First, he’s always paying attention.

With Sanders, he heard the Hall of Fame cornerback mention his interest in coaching during an NFL Network interview.

Robinson was bold enough to believe he could hire him. The result has been impressive.

Jackson State, which has its first 10-win season since 1996, won a SWAC divisional title for the first time since 2013.

“Coach Prime was the biggest hire in the country, and it shows now,” Robinson said. “I don’t care whether you were at the Power 5 level or the FCS level.

Alcorn State averaged 44 points a game in 2014 and led the SWAC in seven offensive categories with Simmons as coordinator.

“I’m indebted to him because [Robinson] took a chance on me when nobody would,” Simmons said. “He’s kind of a head coach whisperer.

Dooley was a veteran coach with 21 years of experience in the SWAC.

He had been Grambling’s offensive coordinator when the Tigers won three consecutive SWAC Western Division titles and went 33-2 against SWAC competition.

“I can’t put in words what he has done for me,” said Dooley, “to give me the opportunity to be sitting in this chair right now.”

After Robinson targets a coach, due diligence occurs.

Robinson picks up his cellphone and starts calling folks ranging from other athletic directors to coaches to former players.

It’s an information-gathering process that might require 15-20 calls for one coach.

The first phone call, said Robinson, is always the most important.

Robinson’s first conversation with Sanders lasted so long that the battery on his cellphone nearly died.

“All universities are different. You have to check the box on all of those things before you hire a coach.” 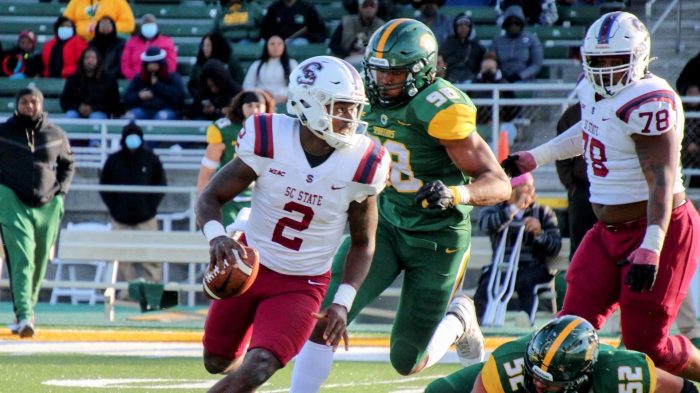 A season focused on pride and perseverance earns S.C. State a trip to the Cricket Celebration BowlRead now

The job, of course, is only beginning once a coach is hired.

Robinson calls himself a “support” athletic director, which means he gives the head coach as much latitude as he needs to run the program.

He stays out of football decisions unless asked for his opinion.

His job is to give the coach whatever he needs to succeed, so there are no excuses for not winning championships.

“It’s not just about making a hire and saying I’m done with it,” he said. “The work starts when you make the hire.

“Putting things in place to make them successful. Honoring their requests and understanding how they like to do things.”

Last summer, Jackson State contemplated spending $125,000 to have players stay in a hotel the night before games during their four-game home spring schedule.

Sanders said he preferred to keep the players housed in the dorms if Robinson would take $25,000 of the money to get a new set of helmets.

That’s the type of cooperation each coach says is needed to win at the highest level.

“He did things that endeared me to him and we have such a wonderful relationship and we’ve learned so much from each other, it’s unbelievable.”