Now they have landed a top-100 basketball recruit in Se’Quoia Allmond, a four-star guard from Memphis, Tennessee, who committed on national letter of intent signing day Wednesday to join the defending Southwestern Athletic Conference (SWAC) champion women’s team. Sanders’ son Shedeur, a four-star quarterback from Trinity Christian School, has also committed to Jackson State. He is expected to sign during the signing period in December.

Allmond, a 5-foot-7 guard, is an ESPN Top 70 overall prospect. It’s Jackson State’s highest-ranked recruit in basketball and she is the first top-100 ESPN women’s prospect to sign at a historically Black college. Despite being recruited by Louisville, Kentucky and Ole Miss, Allmond’s decision to attend JSU was an easy one to make.

“Making my decision wasn’t hard because I knew it was what I wanted to do,” Allmond said. “Nobody forced me to do it and I was being real with myself.”

Her recruitment process was difficult due to COVID-19. Allmond did not get to make official campus visits, so she was forced to determine where she wanted to go without making any in-person connection with her recruiters.

“It was hard determining schools based off of Zoom because schools can show you what they want you to see over the computer,” Allmond said. “When you’re around people you can catch vibes easily, but over the phone you have to study them and build a process a little longer over the phone.”

With the help of her family, Allmond believes she made the best decision. She already has things she wishes to accomplish when she gets to JSU.

“I just hope to continue to help them win women’s championships,” Allmond said. “I also hope I can help bring in some more big-time players, allow the people who are already there to help me grow and to open doors for other people.”

It is not only the women’s program that is excited about Allmond’s commitment.

“We are thrilled to have a student-athlete of Se’Quoia’s talent and stature decide to continue her educational pursuits and basketball career at Jackson State,” said Ashley Robinson, vice president and director of athletics.

“I encourage all recruits to consider our university. You will receive a great education, play for coaches that care about you on and off the court, and a community that will support you from your first day on campus and for the rest of your life.”

Allmond joins a team that already has Ameshya Williams, last season’s SWAC Defensive Player of the Year in her first season. She’s thought to be an early WNBA prospect.

Women’s basketball coach Tomekia Reed thinks Allmond will be a game-changer for the program.

Allmond’s decision is not only a game-changer for JSU’s program, but for how all historically Black college and university (HBCU) programs are viewed.

“I think she opened a new level of respect,” Reed said. “I think now we are leveling the playing field. Once other players see how she is making a difference and making history, then they will want to be a part of that as well.”

HBCUs have been receiving more national attention thanks to players like Makur Maker, a five-star men’s basketball recruit who committed to Howard. 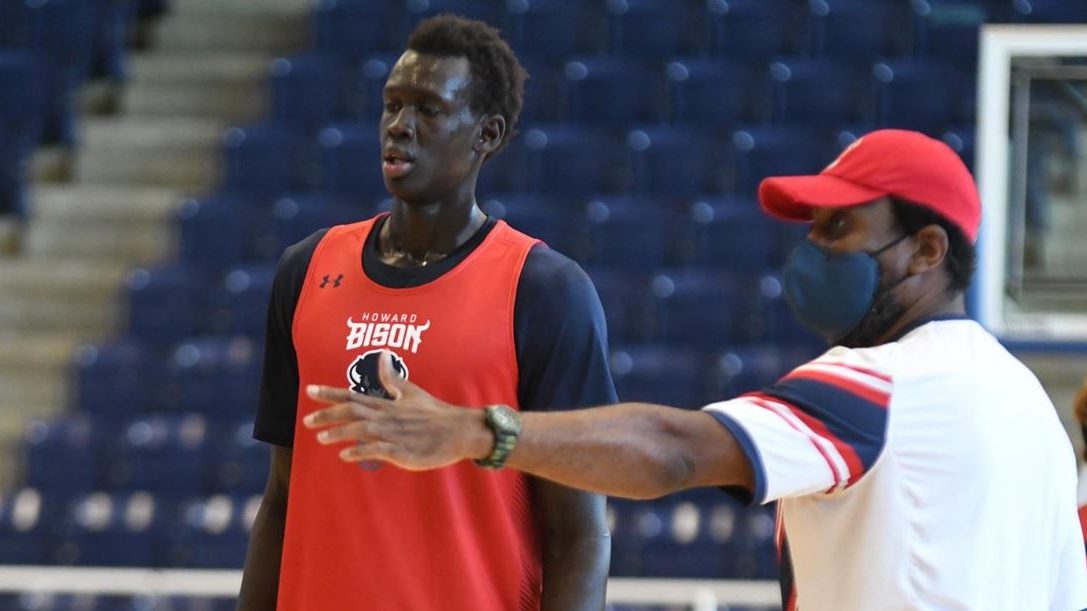 “One thing I told her that we’ve played and won championships before,” Reed said. “That means that there is no difference between us and UConn. I’m coaching just as hard as [UConn coach Geno Auriemma] is. I’m teaching just as much as he’s teaching.”

Reed thinks that with Allmond’s decision, even more four- and five-star recruits will consider HBCUs.

“What’s going to really help the most is when she comes and be successful,” Reed said. “And from there on, the program will be successful. That is what is going to continue to drive HBCUs to be on the same level as Power 5 institutions.”

Allmond understands this and is very aware of her impact and encourages other top recruits to follow her lead.

“It’s important not to get caught up in the name of a school, because if you are good, you can thrive anywhere,” Allmond said. “People may not join me today or tomorrow, but when they catch on, they are going to see that you can thrive off of going to an HBCU.”

Also Wednesday, North Carolina A&T landed a four-star men’s basketball recruit, Duncan Powell. The 6-foot-8 senior from DeSoto, Texas, who ranked No. 85 in the ESPN 100, chose the Aggies over offers from Ole Miss, Arkansas, Murray State and SMU. Powell initially committed to Arkansas as a sophomore, but decommitted earlier this year.