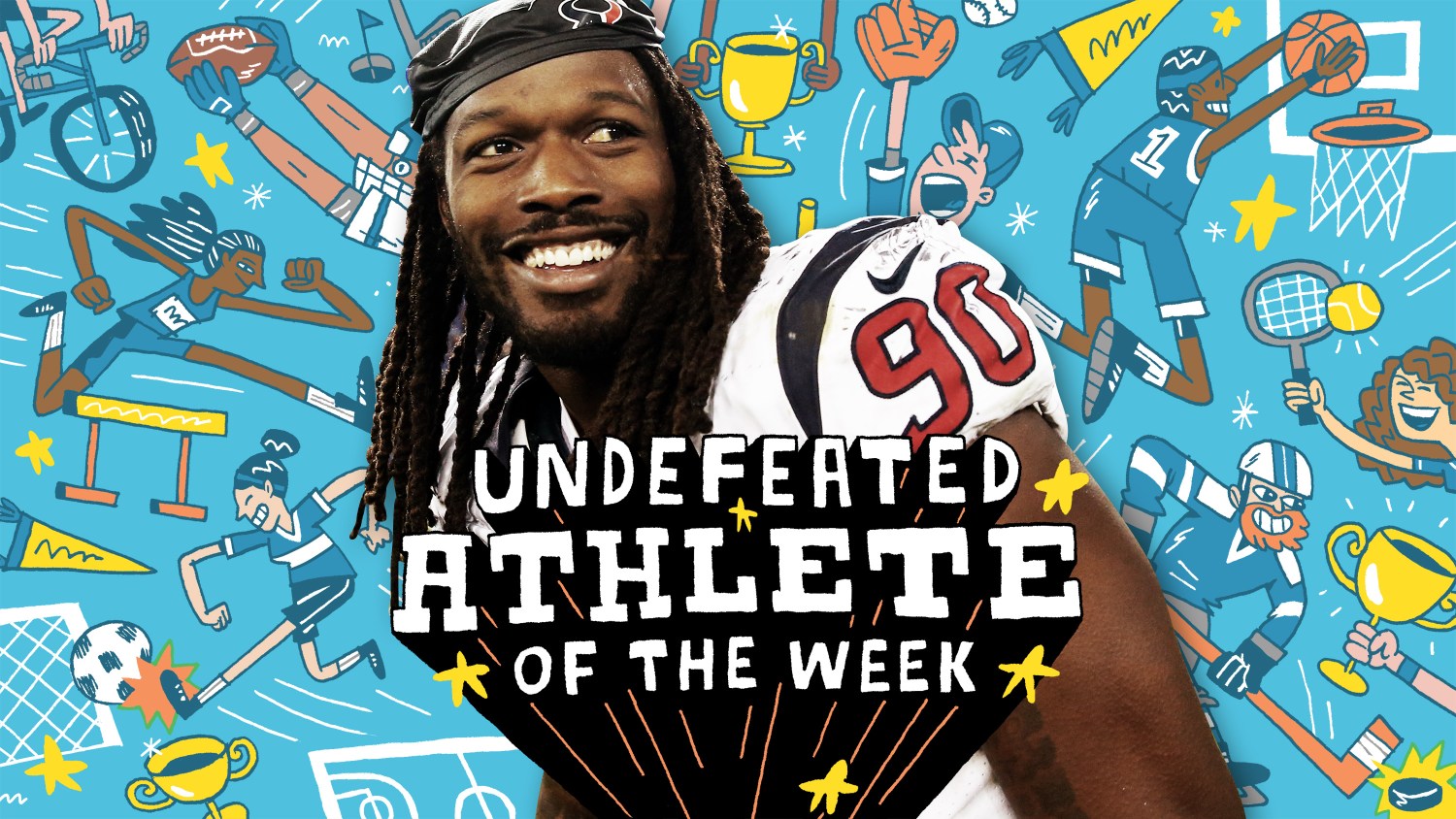 We all know Jadeveon Clowney’s clap-back game is legendary. Exhibit A: The Houston Texans linebacker took a direct shot at his team’s owner, Bob McNair, donning an orange prison jumpsuit to the team’s Halloween party after McNair’s “inmates running the prison” comment.

McNair’s statement (“We can’t have the inmates running the prison”) during a meeting with other owners and league officials became a public relations nightmare, prompting him to release two statements apologizing for his comments and stressing that he was not referring to players.

Perhaps McNair’s star linebacker took note of him during that episode. After a Dec. 17 game against the Blake Bortles-led Jacksonville Jaguars, Clowney popped off to the media and was hardly contrite in his opinion of the fourth-year quarterback.

“He trash,” Clowney bluntly told the Houston Chronicle when asked whether Bortles, who had 326 yards and three touchdowns in the Jaguars’ 45-7 win, has improved.

Jaguars fans quickly moved into formation by sending trash cans to the Texans’ practice facility. How did the No. 1 overall pick in the 2014 NFL draft clap back, you ask? In a most Undefeated manner.

Clowney filled the trash containers with toys and donated them to children at Mission Yahweh just in time for Christmas. Clowney’s gesture, and his maturity, prompted The Undefeated to make the former South Carolina Gamecock its Undefeated Athlete of the Week.

Thank you @Jaguars fans for sending trash cans to NRG! It inspired me to fill them and an entire truck with toys to turn a negative situation into a blessing for some deserving women and children at @MissionOfYahweh #turningtrashintotreasure #merrychristmas pic.twitter.com/LamHoDSLEk

That’s trash talk we can all appreciate.