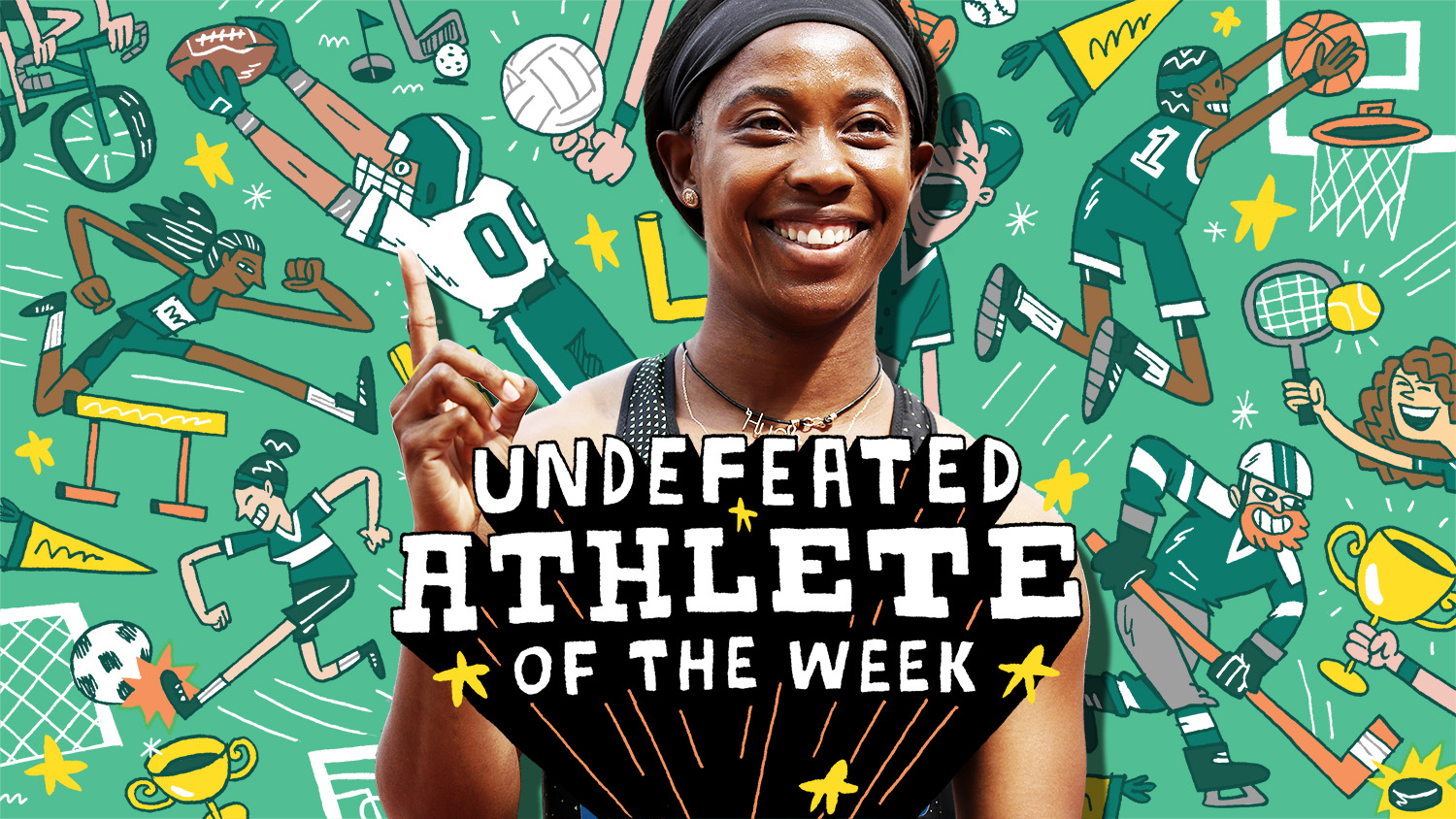 You’d never know it by looking at her at the start of a race, but Shelly-Ann Fraser-Pryce is a bundle of nerves before the gun.

The Jamaican track and field sprinter who burst onto the national scene at the 2008 Summer Olympics as a 21-year-old became the first Caribbean woman to win gold at the Olympics in the 100-meter race.

But pre-race jitters are one thing; doubt is a whole ’nother matter – something she experienced during the birth of her son, Zyon, when she questioned whether she’d be able to run again.

“Honestly, what actually made me question the possibility of coming back or being as great as I wanted to be was when the doctor actually said to me, ‘OK, this is not happening the way we want it to and I have no choice but to give you a C-section,’ ” Fraser-Pryce explained to The Undefeated on Monday.

Thirty years old at the time – and once described as the “greatest female sprinter of all time” by eight-time world champion Michael Johnson – Fraser-Pryce was consumed with questions: Am I too old? Did I wait too long to have a baby? Will I get through this? Will I ever compete again?

Doctors were less concerned about future gold medals or world championships, given Fraser-Pryce’s condition. “I had a fever, and my baby’s heart rate was going up, and it was just not looking good and I was in labor for almost 13 hours or more and nothing was happening,” she continued.

“And at that moment, I was like, ‘I don’t want to be cut!’ I knew that it would definitely push back my recovery and the time that I would actually get back into training. Being a sprinter is all about your core and I wouldn’t be able to do as much weightlifting as I wanted, which would take me about six months before you can actually pull weight from my back, for squatting and stuff like that. Those things paced my mind, that it would be hard now to actually get back from this.”

With the help of her doctors, Fraser-Pryce gave birth to a healthy boy, Zyon D. Pryce, on Aug. 7, 2017, with husband Jason by her side.

The ordeal was a seminal moment in her life, fueling her to want even more – on and off the track.

“Honestly, I think my son kind of put things in perspective, where I can say, ‘I’m OK, I have my son, now I’ve achieved so much, but I still want more.’ ”

Fraser-Pryce, who turns 32 in December, is in the twilight of a career with a trophy case that includes a silver medal in the 4 x 100 meter relay at the 2012 Summer Olympics. The 5-foot speedster known as “Pocket Rocket” (for her diminutive height and explosive pace) remains unapologetically Jamaican, not forgetting her roots, and longing to leave a footprint that helps the next generation not only of sprinters, but doctors, lawyers and entrepreneurs.

“I love my community and I love the fact that this is where I’m from and even though sometimes it’s challenging to see some of the young people that I grew up with not making it — not doing better for themselves — I want [them] to understand that I embody everything that we are,” explained Fraser-Pryce, who was born in Kingston and raised by a single mom who worked as a street vendor.

“For me, being a part of the community still, knowing that I am who I am now, I think it gives them hope and I want to always have the young people in my community believe that anything is possible.”

Throughout her career, Fraser-Pryce has remained close to her home church, Penwood Church of Christ, and pastor Hugh Senior, who died of a heart attack on Sept. 3. So moved by his dedication for his community, Fraser-Pryce felt compelled to honor the father of three with a 5K run/walk fundraiser with proceeds going to academic scholarships.

In true Fraser-Pryce fashion, she was consumed with nerves at the start of the 5K run/walk fundraiser last April.

“When we started out, we were very skeptical,” said Fraser-Pryce, who has been a member of the church for more than 15 years. “We’re like, ‘Oh, my God. Will people come? How many people will show up?’ But our organizers and [volunteers] on the team just said, ‘Don’t worry, Shelly-Ann, man – we’re going to do good.’ ”

Turns out, the race had 700 participants – and, with the help of sponsors and volunteers – raised $1.1 million Jamaican dollars, with 10 students from the Waterhouse Kingston community receiving $485,000 in scholarships, courtesy of the Hugh Senior Scholarship Awards.

“I’m just so proud to be able to do the things that I’m able to,” said Fraser-Pryce, this week’s Undefeated Athlete of the Week, who plans to make the fundraiser an annual event. “Because … I’m telling you, it’s good when you can win medals and you can get endorsements and travel the world, but nothing compares to giving and the joy that you see from others when they are getting something that they don’t have or they don’t know where it’s coming from. Nothing compares to giving; no medal can compare. That’s my joy.”

The 10 student recipients received their awards at a ceremony last week, which was attended by Senior’s widow, Annmarie, and children (Shantelle, Stephen and Stuart). Five of the awards were for high school students; three were primary (or middle school) students; one child attending an early childhood institution; and one university student.

Fraser-Pryce’s message to the recipients came from a place of familiarity, knowing all too well their circumstances.

Always on the move, Fraser-Pryce starts training next week – and has the IAAF World Championships in Qatar in her sights.

“That’s the focus,” said Fraser-Pryce, whose primary sponsor, Digicel, renamed a multipurpose facility for basketball and netball the Shelly-Ann Fraser-Pryce Resource Centre, next to her beloved Penwood Church of Christ, last May. “I had my son a year ago and I came back and right now I’m more passionate and hungrier and more determined to line up being 100 percent. I’m powerful and strong and I can’t wait for the journey.”

She’s probably a little bit nervous, too – which is bad news for her competitors.

This Story Tagged: Olympics Track And Field Undefeated Athlete of the Week