James Harden’s MVP kicks were inspired by these three things

‘It was … in the middle of the season when we … had to start … creating something around him potentially winning MVP.’

On June 25, at the second annual NBA Awards, James Harden was presented with the Maurice Podoloff Trophy as the league’s MVP. In honor of the achievement, Adidas debuted the “Imma Be a Star” ad, narrated by Harden’s mother, Monja Willis, and inspired by a letter he wrote her when he was a kid. The brand also released a three-shoe MVP collection, which includes a special-edition pair of the Harden Vol. 2s — the on-court shoe he wore for the majority of his milestone season. The swag to celebrate the MVP didn’t stop there, though. Adidas officially introduced Harden’s lifestyle sneaker, the Harden LS 2, in three colorways.

A few days after Harden accepted the award, The Undefeated caught up with Rashad Williams, senior director of footwear for Adidas Basketball, who worked with Harden in the lead-up to him winning MVP.

In your mind, what is special about the Harden Vol. 2?

My one word would be confidence. That shoe gave him the confidence to know that he could perform at an MVP-caliber level. That’s really our goal. We know this game is 90 percent confidence, and anytime you have someone at James’ level, and they can be confident in the shoe — especially — that’s a big portion of going out and playing the best you can play.

What’s your fondest memory from working on the Vol. 2?

My fondest memory was when we first met about that shoe, James goes, ‘I wanna wear color … I want bright colors to wear on the court.’ One of those colors that we kind’ve introduced at the last minute was the California Dreamin’ colorway … a kind of peach. That was the color that he had that great crossover move, that stepback on Wesley Johnson. One of the most iconic, or memorable, moves in basketball history was done in a shoe color that was very last-minute, because James said he wanted some color. So that sticks out to me.

How did the Vision colorway, inspired by his middle school, come about?

He brought that to us. Those two colors [California Dreamin’ and Vision] were last-minute adds. When you think about athletes, they usually identify with their college or high school. But James, as unique as he is, says, ‘My defining moment in basketball … when I really fell in love with the game was in middle school at Audubon.’ We looked at what those Audubon colors, which are traditional green, white and black, and wanted to amplify that — especially since All-Star was in L.A. last year. Maybe I am a little biased, but that was the one shoe during the All-Star Game that really popped off.

How does James’ connection to his hometown of Compton and his upbringing help Adidas’ storytelling?

James is all about inspiring kids … he’s told us that. He really wants to tell people about his journey, and that’s one area where we’ve really plugged in. Starting in his driveway, the Imma Be a Star campaign — the letter he wrote to his mom, which is really 100 percent authentic. From asking his mom for some money, to leaving that great letter, to becoming a high school star, a college All-American, drafted, Sixth Man of the Year, and then now to MVP. James gave you a little bit of that during his MVP speech. He just really wants to tell his story and inspire kids to keep dreaming, because that’s what he did.

What was the process like designing James’ MVP collection?

It’s very interesting, because athletes are superstitious. We knew he’d been in the [MVP] running the last couple of years. We knew that was a goal of his going into the season, but we kinda held off because we didn’t wanna jinx anything, and James didn’t wanna jinx anything. But it was always in the back of our mind. It was pretty much in the middle of the season when we realized that we had to start moving quickly and create something around him potentially winning MVP. It was kind of like we talked about it … but we didn’t. It was super in the background.

How did you land on the colors that are incorporated into shoes in the MVP collection?

James is currently on Boost technology. We wanted to make that special, so we came in with black Boost. For us, as a brand, black Boost is a rare commodity. The upper is black, which we didn’t do a lot for his other shoes. We grounded it in gold, signifying the moment of being an MVP. Then we brought in a pop of blue, which signifies the street signs in L.A.

“A kind of peach. That was the color that he had that great crossover move, that stepback on Wesley Johnson.”

When James finally won MVP, did you feel that sense of accomplishment, having worked with him the entire season?

Absolutely. Anyone in the brand should feel great accomplishment to see your work enable a family member, a partner, in any way. We all feel really proud of him, and proud that we had the privilege to work with him.

What was the thought process behind designing James a lifestyle sneaker?

It’s based, again, off of James and who he is. He’s a pretty unique and fashionable guy. And he lives in both worlds. He’s an MVP on the court but has a super strong fashion sense. We thought from that, it makes total sense to give him a lifestyle that … speaks to who he is. We wanted to give him something that he can rock in that tunnel of the arena coming in for the games.

How was the buckle strap technology incorporated into the “Night Life” Adidas Harden LS 2?

The buckle version of the LS 2 is inspired by his senior year in high school. James tells us this great story about how his senior year at Artesia was a battle for him. They wanted to win the California state championship. So we incorporated a lot of raw materials — leather, textiles and edges — to signify James’ raw skill at the time. He wasn’t the refined player that we see now. He was on his way. On the lace version of the lifestyle shoe, that was really inspired by his time at Arizona State — him making big strides, playing in the Pac-10 and leading the league in scoring. What we did with some of those shoes is we have secret hidden details from those times in those two years. … On the buckle version, we put some military coding on there … like the address of Artesia High school … the address of his dorm at Arizona State on the lace version. Just tryna tell who James is, and the significant moments in his life.

And one of the shoes is inspired by his former dog, Zeus?

James is a dog lover, and Zeus was very special to him. So it was just about giving another peek into his life. When you’re someone who’s as visible as he is, people can always create a persona for you that’s projected out. But that was one thing he wanted people to know: ‘Yeah, I’m a dog lover, I’m an animal lover. Zeus was my guy.’

When you look back at this past year, and James’ MVP season, what will you remember most? 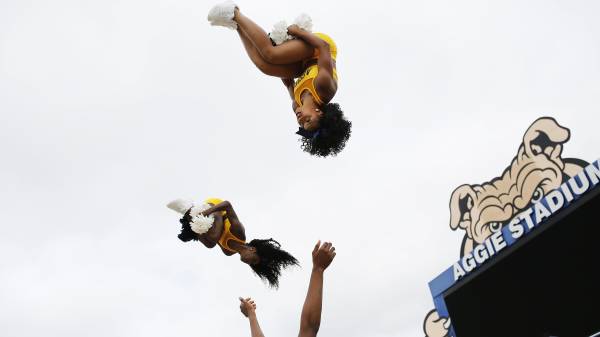 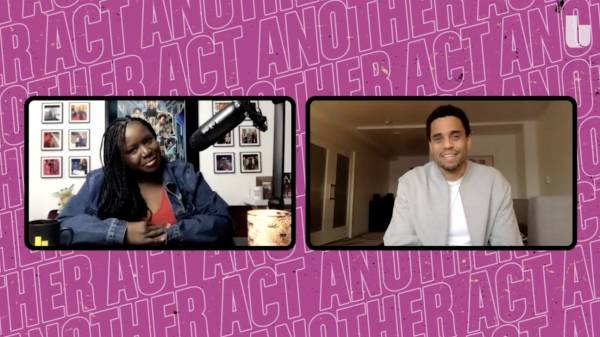 ‘Another Act’: Michael Ealy breaks down his role in ‘Fatale’ and his career Read now

His dedication to his craft — that’s the biggest thing. James is a hard worker. I remember specifically when we went out to talk about the Vol. 2 with him — and we work 18 to 24 months in advance, so we were starting discussions on the Vol. 3 — and he goes, ‘Hey, I gotta work out first.’ This was during the season, and the Rockets literally had a game the night before. We were in the gym at around 10 a.m., and James was already going through drills and working on his handle. It amazed me how much of a hard worker is and how dedicated he is to being the best on the court. Then he gave his undivided attention after that to talk about his footwear, because he knows it’s going to enable him and give him the confidence he needs to perform the best on the court.

What’s next for James’ footwear?

We’d love to just evolve. The … thing about Adidas is we’re really about merging sport and culture. It goes hand in hand. James epitomizes that.