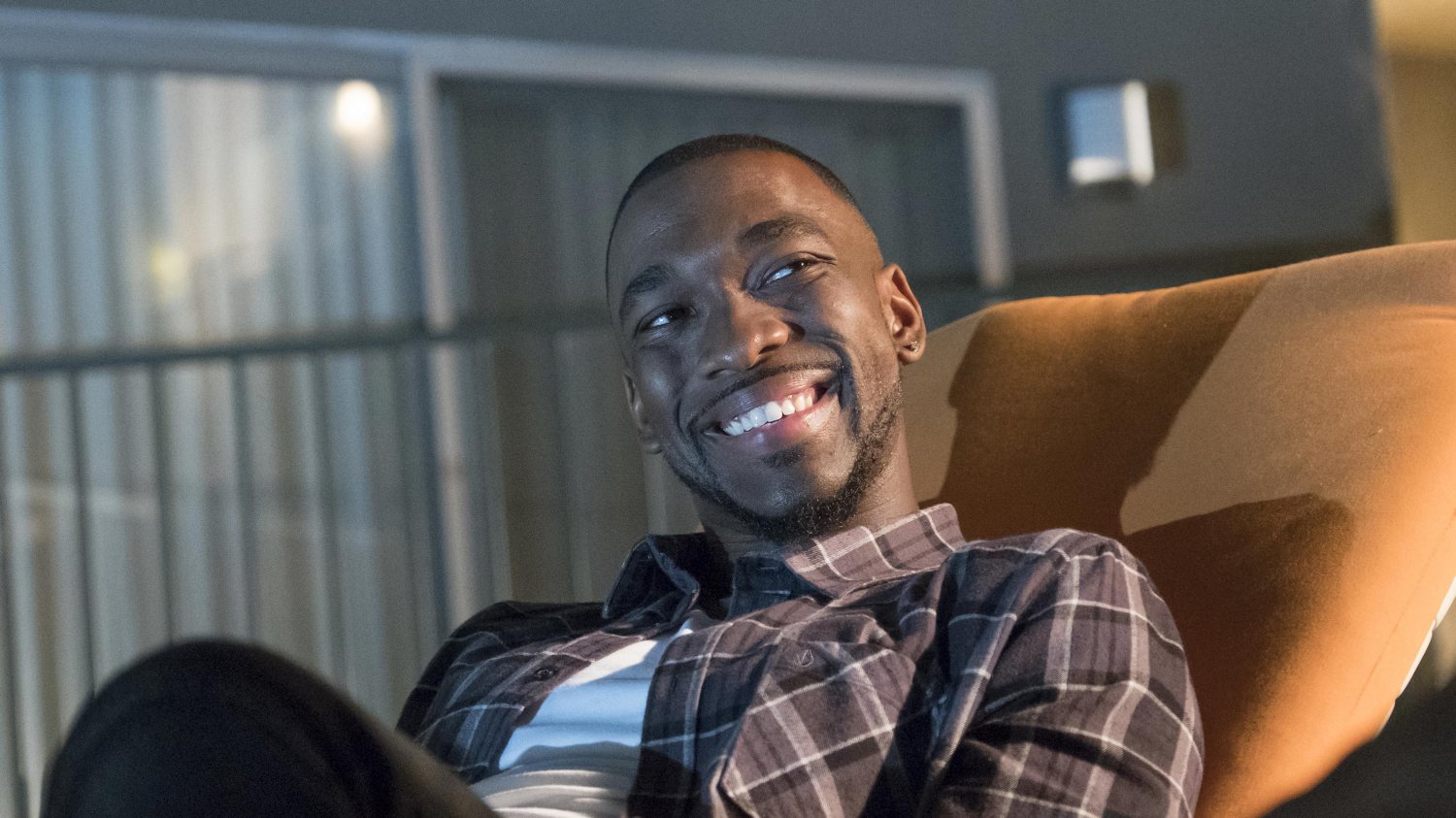 Jay Pharoah knows a lot about being ‘White Famous’

Truth is, Jay Pharoah isn’t sure if he’s “white famous” or not — yet. But he sure gets the head nod — and maybe the occasional side-eye, if he’s keeping it all-the-way honest — from some of the world’s most famous athletes, a surefire sign that the comedy he produces is landing in the inboxes and on the flat-screens of cultural tastemakers. “When LeBron James said, ‘What’s up?’ to me at the [Mayweather] fight this year,” Pharoah says, stopping to laugh, “it was like, ‘Ohh, snap! LeBron knows me! And everybody knows LeBron!‘ So …”

“White famous.” Get it? It’s ostensibly that moment for people of color working in music, television, film or comedy (or whichever culture space) when one’s star power penetrates the mainstream: Masses of white folks know who you are. One is not just ’hood famous. Or solely Latino famous. One is not purely internet famous, or famous in some other, smaller sector. White famous means one is so famous that one has to mind all one’s p’s and q’s because everyone knows of you — which usually also means that the check is fat.

White Famous also happens to be the name of Pharoah’s new show (it premieres on Showtime on Oct. 15), inspired by the early career moves of Academy Award winner Jamie Foxx, who executive produces the show in collaboration with Californication creator Tom Kapinos. Californication creator Tom Kapinos) directs the first episode. Pharoah plays a rising comedian trying to maintain his cred with black fans while crossing over to a broader audience.

But as for himself? Pharoah made his mark starring in NBC’s Saturday Night Live — he joined in 2010 — on which he delivered memorable impersonations of President Barack Obama, Jay-Z and even First Take’s Stephen A. Smith. His tenure there ended unceremoniously before this last keystone season, in which Alec Baldwin won rave reviews in 2016 (and an Emmy last month) for his impersonation of President Donald Trump. But for Pharoah, the time was right to step away, he said.

“LeBron knows me! And everybody knows LeBron!”

This new character, Floyd Mooney, of course feels familiar to Pharoah. “I immediately connected with the material,” he said. “I know how that journey is. I know how it is to being a hot, popping comic and trying to cross over. I know how that feels. I know that story.” But here’s what’s foreign: being the main guy. This is Pharoah stepping out and anchoring a show — for the first time. Pressure.

“There’s definitely less sleep [and] there’s more memorization, but I always feel like I was being groomed to be what I am now,” he said. “It’s a little nerve-wracking! But it’s not as intimidating as maybe it would’ve been when I was 22, you know? I actually had a chance to be a lead of a show. [But] I was … nervous, and nobody really [knew] me. I’d rather build my base, build a name, and then get off of that show and go do something where I’m starring. And that’s exactly what happened.” He said he feels like he’s right where he needs to be.

“I’m ready for everything. I’ve seen this industry; I’ve seen what it entails. I know what to stay away from. I know what type of vibe I don’t click with. I get that now. I’m 29. Before, I was a little more wet behind the ears … but now I feel like I’ve fallen into the position very well.”

Pharoah’s character is very principled, and in some ways it feels like a direct lift from Pharoah’s own life story. Pharoah has talked before about the back-and-forth toward the end of his tenure at SNL. “They put people into boxes,” he said in April, not long after his contract was not renewed. “Whatever they want you to do, they expect you to do. And I’m fiery. I’m not a yes n—–.”

He continues to think about things he refused to do — such as wear a dress.

“The dress conversation is a big topic in the black community,” Pharaoh said. “There’s always a conversation [about] Hollywood trying to emasculate black men.”

The series addresses that very thing, right away, with a savvy assist from Foxx. It’s one of those topics — complex, risqué — that the show wanted to have a conversation about.

“That definitely gets brought to light in this show. A lot of topics that get talked about behind closed doors, that celebrities, especially black celebrities, have to deal with,” he said. “I think there’s going to be a lot of water cooler conversations.”

“I know how it is to being a hot, popping comic and trying to cross over.”

One conversation he likely won’t be part of with this new show, though? Uncomfortable ones with superstar athletes. This new Showtime series is scripted, of course, and doesn’t rely on his spot-on impersonations.

“I do LeBron James, I do Shannon Sharpe, I do Stephen A., of course,” Pharoah said. “I do [Floyd] Mayweather, I do [Mike] Tyson. Draymond [Green]. Charles Barkley. Shaq. I get flak from some people. I do all these folks, but it’s all on love. I never have any malicious intent. I just want everybody to have a good time and laugh at themselves. Just like if somebody impersonates me, I’ll laugh at myself.”