JAY-Z responds to Beyoncé and other news of the week 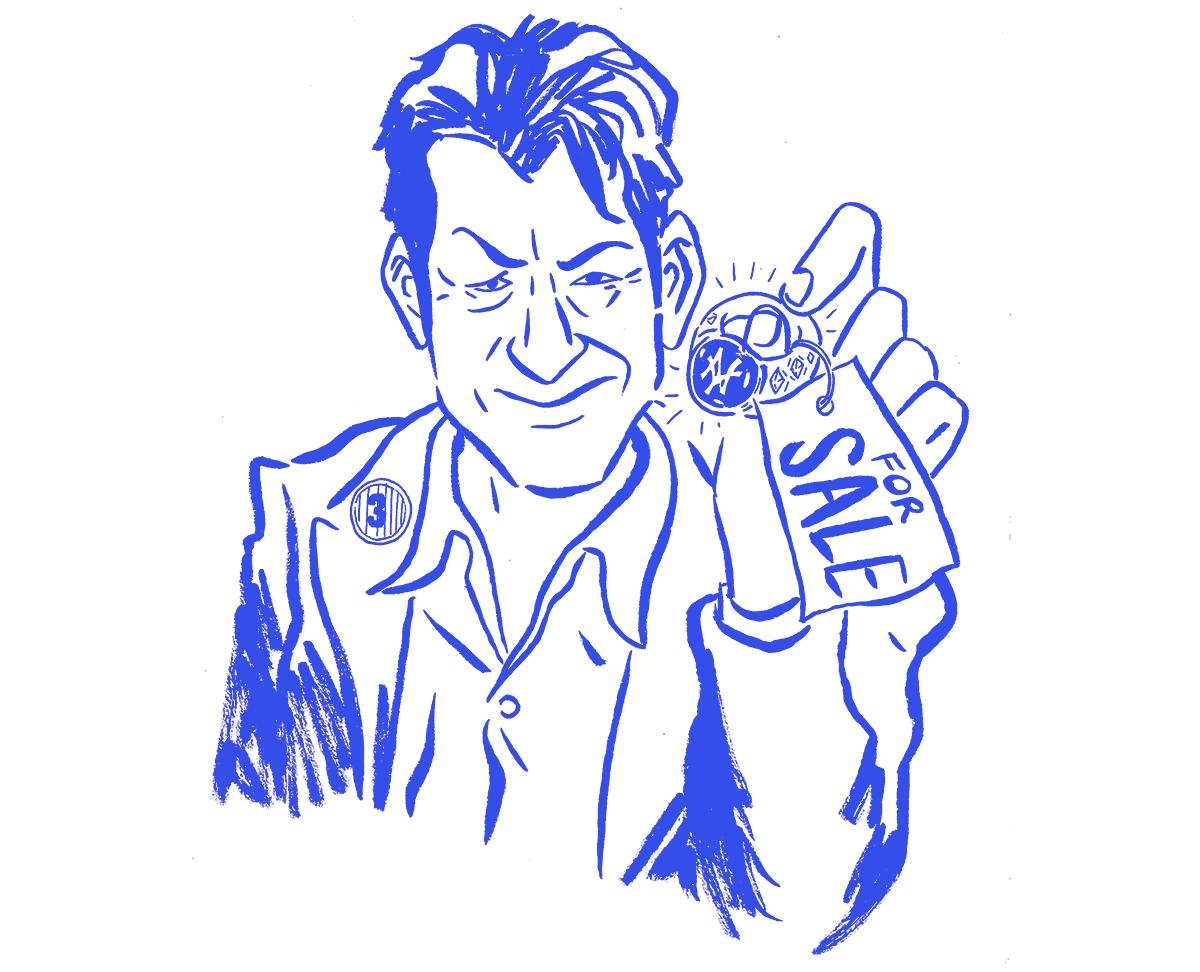 The 2017 BET Awards finally ended at midnight ET. Following a dust-up between rappers Migos and Joe Budden at the awards show, adult film star Brian Pumper tweeted he “woulda smacked fire outta all 3 of the migos.” After meeting Boston Celtics guard Isaiah Thomas two years ago, NBA Hall of Famer Allen Iverson told Thomas he loved his game and then went to a spades tournament. Despite being rated the worst point guard defender in the NBA, Thomas received a vote for the All-Defensive teams. For the first time in Pew Research Center history, a majority of Republicans do not oppose same-sex marriage. White House adviser Ivanka Trump, who holds a political position, said she tries “to stay out of politics.” In “of course it was Mississippi” news, a historical marker commemorating teenager Emmett Till, who was kidnapped and lynched, was vandalized. The White House Twitter account sent out a graphic stating that Obamacare was supposed to cover over 23 million Americans by 2017 but has only reached 10 million, saying the Obama administration was “off by 100%.” Tiger blood enthusiast Charlie Sheen is auctioning off Babe Ruth’s championship ring; the bidding has surpassed $600,000. A group that opposes the GOP-authored health care reform bill flew a banner over the West Virginia state capitol targeting Sen. Dean Heller, the only problem being that Heller is a senator from Nevada. Taylor Swift sent a congratulatory video message to NBA MVP Russell Westbrook, jokingly acknowledging that she taught Westbrook how to play basketball, dribble, and “shoot hoops.” The father of loudmouth parent LaVar Ball agrees with his son that he could’ve beaten Michael Jordan one-on-one. Later that day, LaVar Ball appeared on WWE’s Monday Night Raw with his sons, 15-year-old LaMelo and 19-year-old Lonzo; LaMelo yelled “beat that n—-s a–” twice into a live microphone. 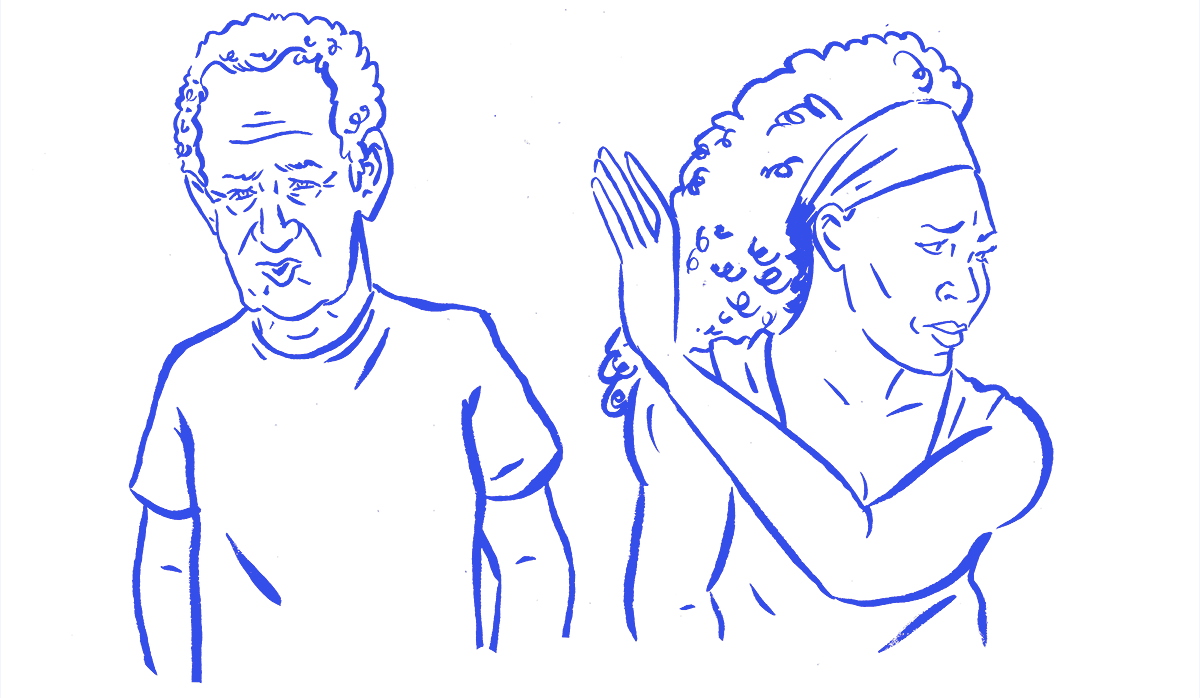 The fiance of Grammy award-winning singer Jennifer Hudson wants to wrestle LaVar Ball. Rep. Jason Chaffetz (R-Utah), who three months ago said Americans would have to choose between the new iPhone or health care, believes members of Congress should be given a $2,500 housing allowance. Seven-time Grand Slam winner John McEnroe kept his foot in his mouth by refusing to apologize for comments made about 23-time Grand Slam winner Serena Williams. A state-run news agency in North Korea has deemed President Donald Trump’s “America First” initiative “Nazism in the 21st Century.” Elsewhere in Asia, Netflix comedy BoJack Horseman has been pulled from a Chinese streaming service due to violating a government regulation surrounding TV content. Former NFL quarterback Vince Young, upset about not being given another chance in the league, called out Tampa Bay Buccaneers quarterback Ryan Fitzpatrick: “He leads the league in interceptions, and he’s still f—ing getting paid? I mean, what the f— is going on?” Two South Carolina inmates serving life sentences said they killed four of their blockmates, hoping to be put on death row; the duo lured the four inmates into their cell with promises of coffee, cookies and drugs. Women dressed as characters from Hulu’s The Handmaid’s Tale — based on a 1985 book about a totalitarian U.S. government — protested the GOP health care bill outside the U.S. Capitol building. Despite his spokesman saying otherwise just one week ago, comedian Bill Cosby denied that he is conducting a speaking tour about sexual assault, stating that “the current propaganda that I am going to conduct a sexual assault tour is false.” A previously recorded song featuring noted feminists Chris Brown, Tyga and R. Kelly was released by a German production team. A Georgetown University study found that Americans view black girls as “less innocent and more adult-like than their white peers”; the researchers said this can lead to harsher punishments and fewer mentorship opportunities. A charity fund for a South Bronx, New York, community, created by the New York Yankees in response to the club taking over 25 acres of parkland for its new stadium, has donated just 30 percent of its funds to charities in the same ZIP code as the stadium. A fake March 2009 Time magazine cover of Trump — with the headline “Donald Trump: The ‘Apprentice’ is a television smash!” — is featured in at least four of the president’s golf courses; the Time television critic at the time tweeted “if I had called The Apprentice’s ratings a “smash” in 2009, I would’ve had to resign in disgrace.” 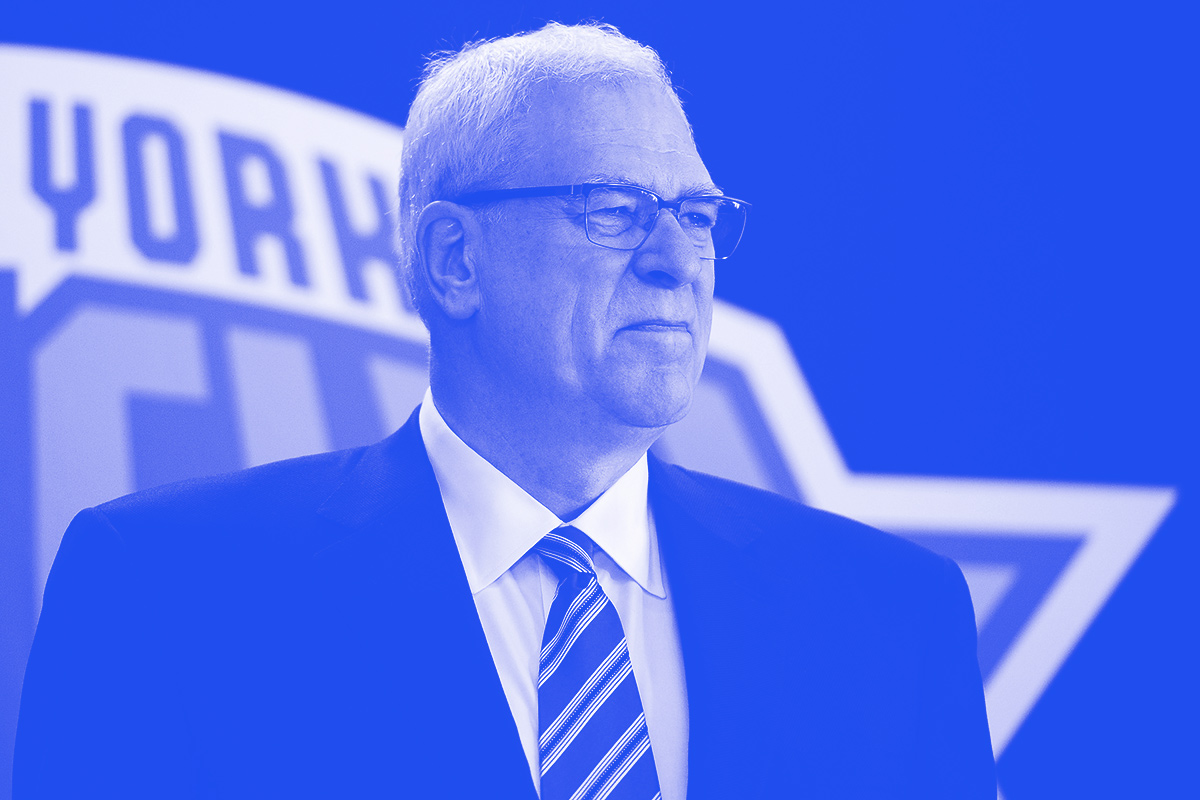 President Trump accused Amazon or The Washington Post, the latter of which was responsible for unearthing the fake Time cover, of not paying “internet taxes” despite “internet taxes” not being a real thing. New York Knicks president Phil Jackson was fired on his day off. Philadelphia Eagles running back LeGarrette Blount could earn $50,000 for not being fat. Former NFL running back Clinton Portis once considered murdering his former business managers. Despite many reports claiming that NFL quarterback Colin Kaepernick’s national anthem protest last season divided the San Francisco 49ers locker room, former 49ers coach Chip Kelly said “it never was a distraction.” No big deal, but there was a computer systems breach at at least one U.S. nuclear power plant. Former adult film star Jenna Jameson, in response to a Playboy columnist getting into a heated argument with deputy White House press secretary Sarah Huckabee Sanders on Tuesday, said that the notorious magazine “thought it was a good idea to remove the nudity from their failing publication, I have to say they lost credibility”; Jameson added that Playboy should “have a seat.” Cleveland Cavaliers owner Dan Gilbert, for some reason, joined the Chicago Cubs during their visit to the White House; Trump called Gilbert “a great friend of mine. Big supporter and great guy.” Not to be outdone, the Atlanta Hawks announced plans to incorporate a courtside bar in its arena. Two years after barricading themselves in the home of center DeAndre Jordan, the Los Angeles Clippers traded All-Star guard Chris Paul to the Houston Rockets and are now left with just Jordan. At 12:32 p.m. ET, a report came out that one of the reasons Paul left Los Angeles was because of coach Doc Rivers’ relationship with son and Clippers guard Austin; at 2:04 p.m., Austin Rivers tweeted “Dam….cp3 really dipped, was looking forward to lining up with u next year. Learned a lot from u tho bro. One of the best basketball minds.” Rep. Jason Chaffetz of Utah, who proposed the housing stipend for lawmakers, will join Fox News as a contributor once he resigns from congress. Later in the day, Fox News shockingly released a poll that found that 52 percent of voters view the Affordable Care Act “positively.” Danielle Bregoli Peskowitz, the 14-year-old Florida girl responsible for the “Cash me ousside, how bow dah” meme, pleaded guilty to “grand theft, filing a false police report, and possession of marijuana.” 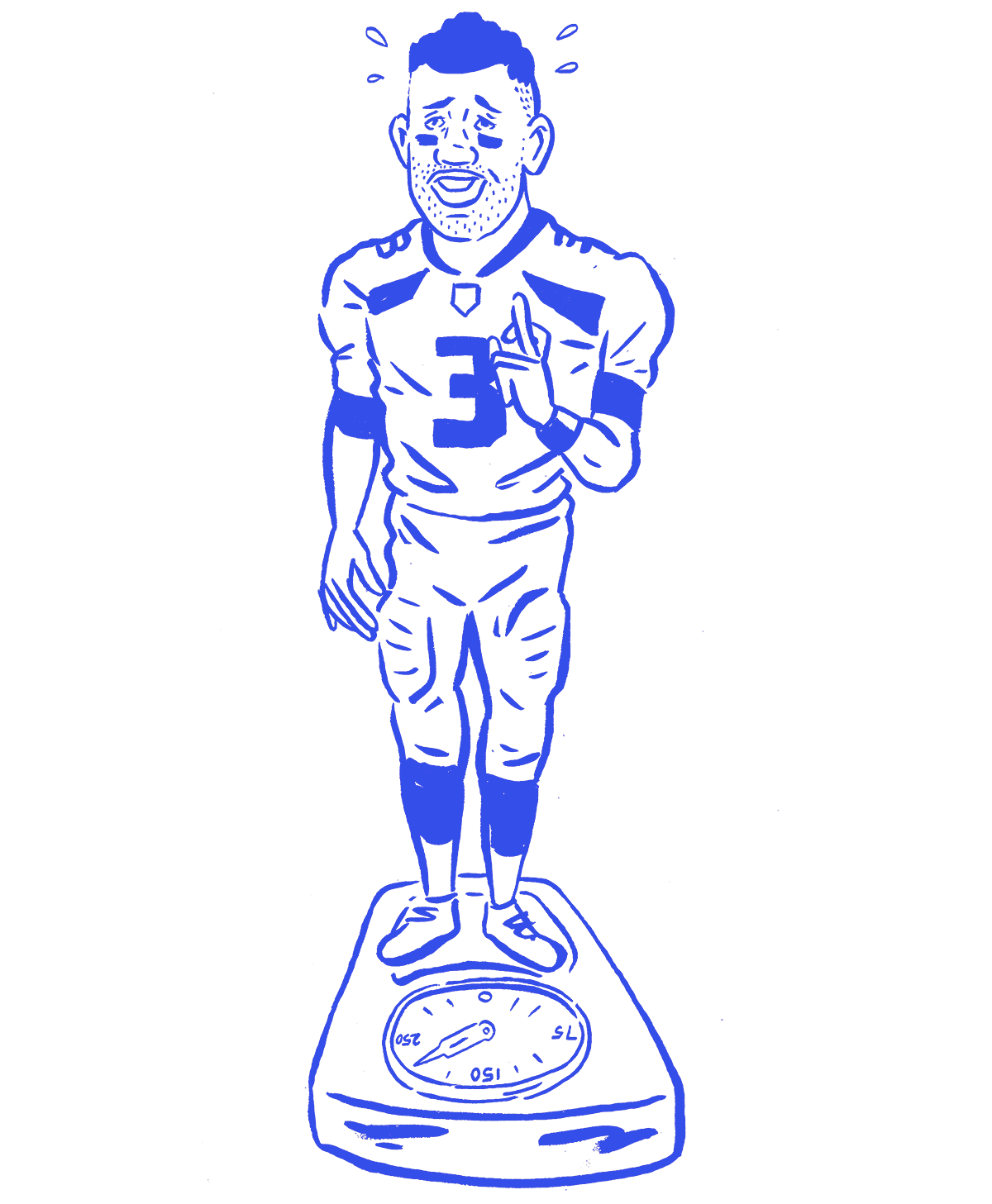 President Trump attacked MSNBC’s Mika Brzezinski on Twitter, calling the Morning Joe co-host “low I.Q.,” “crazy,” and accused her of “bleeding badly from a face-lift.” Brzezinski shot back with her own tweet, posting a photo of a Cheerios box with the text “Made for little hands.” First lady Melania Trump, who once said she would take up anti-cyberbullying as an official initiative, had her spokesman release a statement: “As the First Lady has stated publicly in the past, when her husband gets attacked, he will punch back 10 times harder.” Twitter, fresh off of giving its users another update they didn’t ask for, is reportedly working on a prototype that would allow users to flag “fake news”; there was no mention of how CNN, ABC, NBC, and the New York Times and Washington Post might be affected. Proving the old adage that if first you don’t succeed, try again (and again): Trump’s travel plan partially went into effect. A Trump supporter with “Proud American” and “Love my Country” in her Twitter bio mistakenly used the Liberian flag emoji while professing to make America great again. A Fox News commentator quipped “we’re all gonna die” in response to Democrats charging that thousands will die from the GOP health care bill. A Maryland man who worked for the liquor control department, along with another man, stole over $21,000 worth of alcohol from trucks parked at a department of the liquor control warehouse. Recently acquired Minnesota Timberwolves forward Jimmy Butler gave out his phone number to reporters at his introductory press conference. Three Vanderbilt football players were suspended after their roles in an incident earlier this week that resulted in two of the players being shot at a Target; police say the football players brought a pellet gun to a gunfight over a stolen cellphone. Oakland Raiders running back Marshawn Lynch completed a beach workout in pants and boots. The New York Knicks, fresh off of firing president of basketball operations Phil Jackson, misspelled the last name of first-round draft pick Frank Ntilikina, whom Jackson was responsible for drafting. A fitness trainer who has worked with Kim Kardashian put Seattle Seahawks quarterback Russell Wilson on a 4,800-calories-a-day diet to help lose weight. Habitual cultural appropriators Kylie and Kendall Jenner, the latter of woke Pepsi fame, apologized for selling $125 T-shirts with their faces superimposed over late rappers Tupac Shakur and Notorious B.I.G. A Republican opposition researcher who claimed he worked for former Trump national security adviser Michael Flynn contacted Russian hackers about then-candidate Hillary Clinton’s emails. 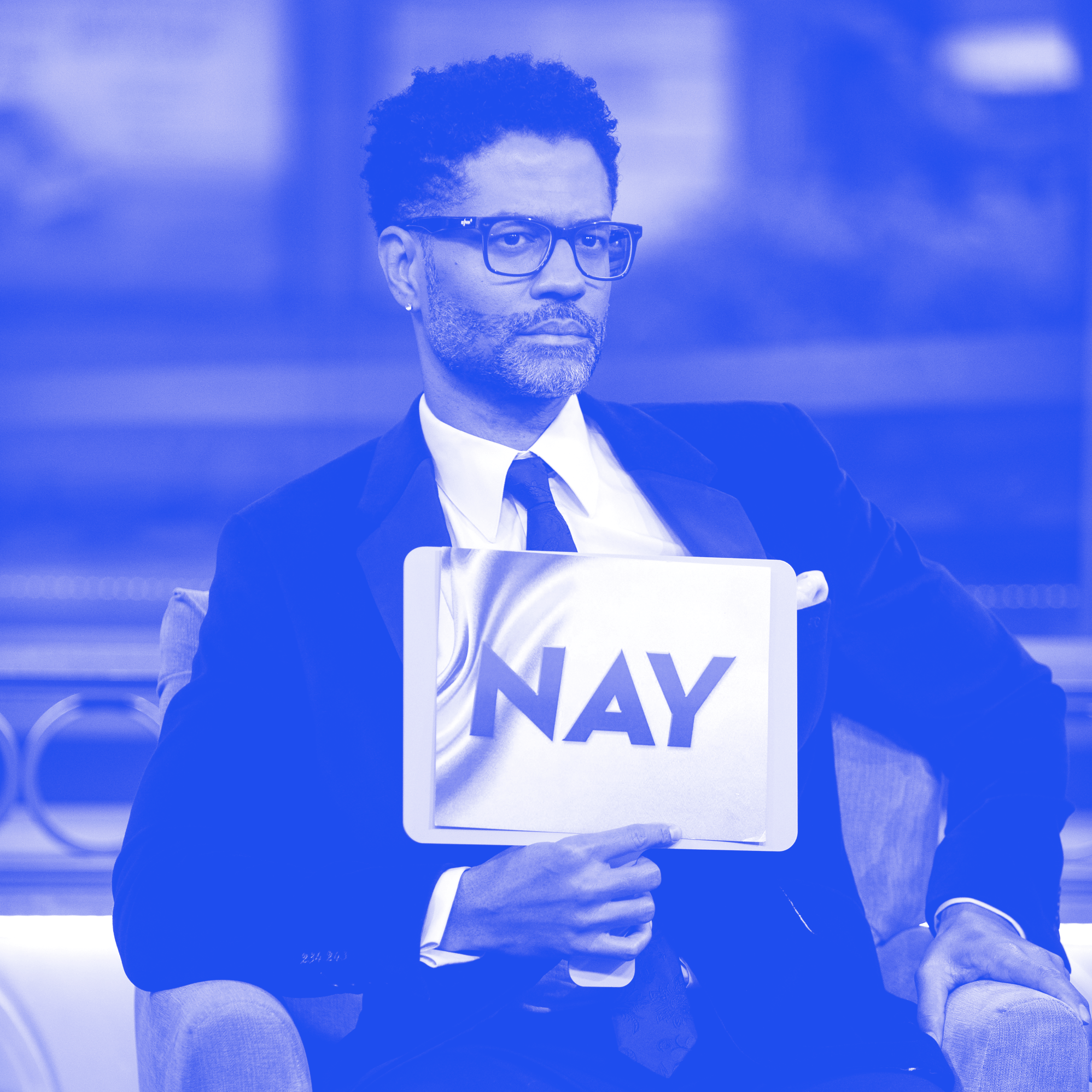 Hip-hop star JAY-Z released his 13th studio album, 4:44, with one song mentioning singer Eric Benet’s past infidelity with former wife Halle Berry; Benet, who remarried in 2011, and was in no way forced to by his wife, tweeted back “Hey yo #Jayz! Just so ya know, I got the baddest girl in the world as my wife….like right now!” President Trump, who said in a tweet on Thursday that he didn’t watch MSNBC’s Morning Joe, tweeted that he watched Morning Joe. Sen. Ben Sasse (R-Nebraska) criticized the president’s tweet about Mika Brzezinski on Thursday, and then tweeted that he supports repealing the Affordable Care Act without a readily available replacement. UCLA will receive a $15 million signing bonus on top of its $280 million deal with Under Armour; the school’s student-athletes will receive a zero percent cut. New England Patriots receiver Julian Edelman works on his catching skills by playing with rice. Rapper Nicki Minaj, not content with using only Dwyane Wade for sports references, used rarely known New York Giants punter Brad Wing in one of her lyrics: “I’m land the jump, Yao Ming the dunk/And I’m playing the field, Brad Wing the punt.” The Miami-Dade Public Defender’s office is challenging the constitutionality of a law that makes pointing a finger like a gun at a police officer a crime. In other JAY-Z news, Merriam-Webster dictionary made “fidelity” its word of the day. At least three people were shot at a New York City hospital.

This Story Tagged: NBA Russell Westbrook Jay-Z BET Awards The Week That Was