For Jeff Van Gundy, Rihanna was more impressive than a LeBron dunk

The only thing that mattered to Jeff Van Gundy in Game 1 of the 2017 NBA Finals was Robyn Rihanna Fenty.

In the first quarter of the Golden State Warriors’ eventual 113-91 blowout of the Cleveland Cavaliers, LeBron James threw down a monstrous dunk on JaVale McGee. But Van Gundy, an in-game NBA analyst, couldn’t have cared less about the poster jam. That’s because he wasn’t even watching the game. He was watching the enchanting musical artist walk by the scorers table to her courtside seat.

That meant the call of the play on the broadcast by a distracted Van Gundy, fellow analyst Mark Jackson and play-by-play commentator Mike Breen was priceless.

“I don’t know about this, but Rihanna just walked in front of me. ARE YOU KIDDING ME?!” Van Gundy blurted out after initial crickets from him.

“Stay with the game!” Breen retorted before Jackson chimed in.

“LeBron makes a spectacular play like this, and that’s what you deal with?”

The memes and tweets that resulted from this moment were also priceless:

"uhh my man over there his name jeff van gundy he wanna know what u getting into after the game" pic.twitter.com/X7MCjuCPwV

*eighteen unreal dunks in a row*

"RIHANNA JUST WALKED IN FRONT OF ME!!" – Van Gundy

"Oh my God, is that Jeff Van Gundy?" pic.twitter.com/XmxpcezHcs

To be honest, in a snoozer of a Game 1, Rihanna — who was in attendance to support her boy, King James — was one of the few highlights of the night. After distracting Van Gundy, she also gave us these epic moments:

Bowing tO King James and dabbing to the oracle arena crowd

Amazing.
Rihanna bows to LeBron then hits a dab and small waves a Warriors fan telling her to sit down.
💀 pic.twitter.com/q0IyIPIbGK 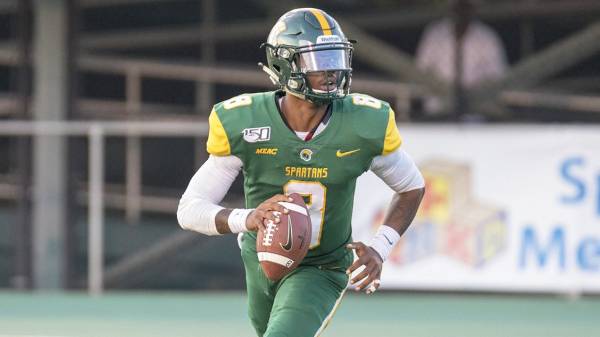 not having a care in the world about her cavs losing

Man, we really hope that Rihanna is at every game for the rest of the Finals.