High school seniors across the country are making decisions to play college sports, despite being confined to their homes due to the coronavirus pandemic. One of those seniors is Aris Brown, son of Pro Football and US Lacrosse Hall of Famer Jim Brown.

On Sunday, Brown announced on Instagram that he decided to play lacrosse at Hampton University, the only historically black college and university (HBCU) with an NCAA Division I lacrosse team.

“Because of corona, I actually did not get to visit the campus,” Brown said. “I was sent the virtual tour and talked to a few people that have been on the campus, like some of my friends and family. But from what I’ve seen, it’s somewhere I want to be.”

Brown’s lacrosse season at Sierra Canyon School in Chatsworth, California, was cut short due to the country shutting down. But the high school senior said he’s excited about earning a degree at Hampton and breaking stereotypes surrounding the sport of lacrosse.

Brown was a four-year starter for the Sierra Canyon School, the same school where LeBron James Jr., son of LeBron James, and Zaire Wade, son of Dwyane Wade, play basketball.

“I want a little challenge and [Hampton] is a really good school with a strong business program. I’m looking forward to getting a degree there. In terms of athletics, I really want to change the culture of how lacrosse is looked at,” said Brown, a 6-foot-4, 180-pound midfielder. “A lot of people think that lacrosse is a white sport, and most schools don’t have a lot of black lacrosse players. I think that if we start to push Hampton’s name out and do well during our season, we could reach more people and have more African American kids pick up a stick and start to play.”

Sharing his sentiment about HBCUs, African Americans and lacrosse, Jim Brown expressed his support on Twitter when Hampton first created the lacrosse team.

Way to go @_HamptonU on being the 1st HBCU to play Div 1 lacrosse…! Honored to share my story… @SportsCenter https://t.co/8KPnfQprdf

Before Jim Brown had a stellar career with the Cleveland Browns, he excelled in lacrosse at Syracuse University. He went on to become an All-American his senior year after finishing second in the nation in scoring with 43 goals in just 10 games. Jim Brown is also the first African American to be inducted into the National Lacrosse Hall of Fame.

Brown said family members are excited about his decision and helped him during the decision-making process.

“I didn’t really know if I wanted to go to an HBCU at first, but after a lot of talks with some of my dad’s friends, my mom’s friends and some family, I thought it was the best choice for me and I couldn’t be happier,” said Brown. “My dad was really supportive of this. He wants there to be a culture change in the way lacrosse is looked at, and I think this is a step towards that.”

Returning Hampton lacrosse players are excited about Brown’s commitment and the future of Hampton’s lacrosse program. Graduate student and team goalie Kevin Mondy is looking forward to next season and what Brown can bring to the team.

“This past year, Hampton has done a great job of recruiting freshmen with great talent,” Mondy said of the 2020 recruiting class. “Hearing [Aris’] name called was another blessing that we have new talent coming in, and it helps us become more competitive, especially with the historical aspect of Jim Brown not only being a football legend, but a legend in the lacrosse community.” 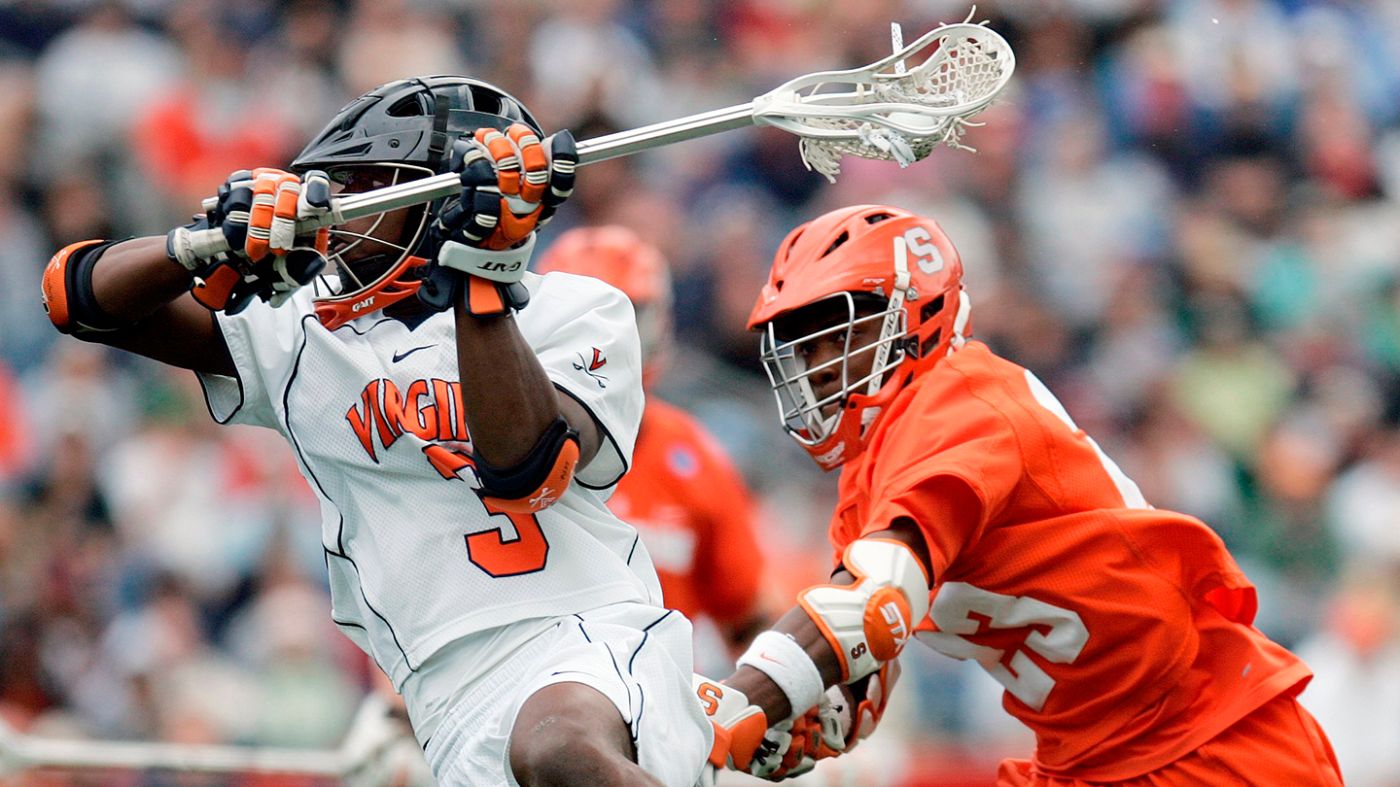 The dream (or fantasy) of black lacrosse Read now

The Pirates were 0-6 this season before play was halted before their March 14 game against Cleveland State. Hampton did have a winning record in 2019, finishing 6-5.

First-year lacrosse coach Rashad Devoe is looking forward to next year, especially since this season was cut short. But with a large recruiting class from all over the country, the team aims to be even more competitive against high-quality programs in 2021.

Devoe believes Brown will be a great addition to the team.

“He is just the nicest, humblest, most gracious young man and a down-to-earth kid,” said Devoe. “But I think it’s more than lacrosse. I think that it’s great that he’s here and he is going to be great at playing lacrosse, but the academics and the five-year MBA [master of business administration] program was something that he was really happy about as well.”

Hampton’s lacrosse program was started in 2011 as a club team before it was moved up to varsity status in May 2015. It is the first HBCU to play men’s lacrosse since Morgan State University in 1981.

The push to make it a varsity sport was headed by Verina Crawford, whose son Michael played club lacrosse at Hampton before he died at the age of 21. After his death, Crawford made it her mission to get an NCAA-sanctioned program started at the school.