Jo Adell diary: His best year of baseball could get even better

Jo Adell is chronicling his baseball journey for The Undefeated. The Los Angeles Angels’ top prospect is currently playing for Team USA, which is in Tokyo playing in the Premiere12 Super Round in an attempt to qualify for the 2020 Olympics. Should Team USA finish ahead of Mexico in this week’s Super Round, it will qualify for the 2020 games in Tokyo. If the team fails to advance to the Olympics from the Premiere12, the next opportunity will be at the Americas Qualifier that will take place in Arizona in March.

One of the most special moments you have as a kid is when you’ve earned a spot to play on your first team, and you’re handed the official uniform for the first time. Over time you wear so many uniforms — I’ve put on jerseys representing Ballard High School, my various stops in professional baseball and numerous club and AAU teams — and over time that special feeling begins to diminish. But I have to admit having chills the moment I saw the jersey for my current team when I walked up to my locker room stall last month in Arizona.

The letters across the front read: USA. The number below it: 22. For me and 27 of my teammates in that locker room, it represented a chance to suit up for Team USA in a journey that we fully expect will end with us helping our country qualify for the 2020 Olympics in Tokyo. 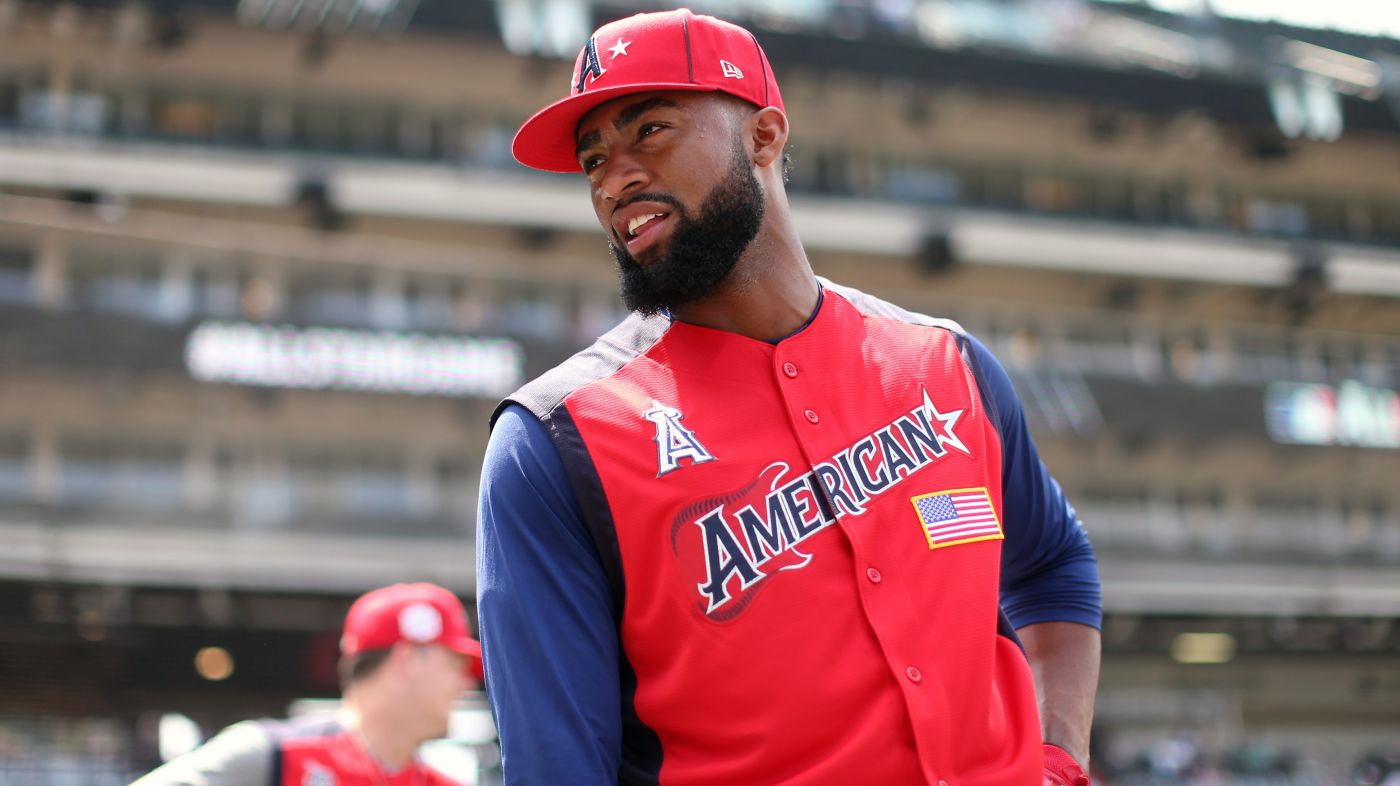 Last week we were in Mexico playing in the opening round of the Premier12 tournament. We advanced on the last day of the opening round, which brought us to Tokyo this week for the Premier12 Super Round. Here, we’ll be playing against some of the most talented teams representing Asia (Mexico is here as well) and we need to accomplish just one goal this week: finish as the top team from the Americas in the Super Round — to reach the 2020 games.

When I walked onto the field of the Tokyo Dome for our first practice, it made me pause for a moment and look back at what’s been an incredible baseball journey for me this year. I had the emotional high of being invited to my first big-league camp with the Angels, and then suffered an incredible low with a freak injury that forced me to miss nearly two months of baseball.

Honestly, after my rehab I would have been content to finish my season with my Double-A team in Mobile and just get myself refocused for next season. But I eventually got called up to Triple-A, and after that season the Angels assigned me to play in the Arizona Fall League.

There’s a long list of guys who could have been chosen to be on this team, but I’m one of them. From the time I suited up for my first game, all I’ve wanted to do is prove to everyone why I deserve to be here.

The biggest lesson I’ve learned playing for an extended period of time on an All-Star team — and this Team USA squad is an all-star team — is that you have to check your ego at the door.

You’re in a situation where every position player here represents one of the top three guys on the team they represent. Every pitcher here is either the top starter or the top closer. Coming here, you’ve been the man, and the inclination is to try to come out and represent the role you’ve been playing on your team.

Then we all realized that, once we started to scrimmage against some of the college teams in Arizona, our experience here would be completely different. I might start a game and get just two at-bats before I’m replaced. My teammate might get to play three innings before he’s removed for a defensive replacement. Guys come in just to pinch hit, other guys might play two innings with no at-bats. Suddenly you’re in unfamiliar territory, and it’s quite a shocking adjustment.

But you just do it, because you quickly understand that this is bigger than you. When we went to Guadalajara last week, which was an experience in itself — we got off the airplane and saw police officers on trucks with machine guns — our focus wasn’t on what we had to do individually. It was what we had to do collectively, and that was to advance and move on.

Knowing that you have to win games in an attempt to get to the Olympics, and knowing that only six teams will qualify for the 2020 games, puts a tremendous amount of pressure on your shoulders. We handled that pressure easily in the first game when we shut out the Netherlands in a game where I was fortunate enough to contribute one of our four home runs.

After that game, we felt incredibly confident.

But then the next day we played against the host team, Mexico, in a stadium packed with 30,000 fans and we got jumped on. They started the game with a pretty experienced guy on the mound and that stymied us, and we came out of that 8-2 loss knowing that if we didn’t win the next game against the Dominican Republic, we don’t advance to Tokyo.

Knowing we were in a win-or-go-home game, we came out the next night with a fire lit under our a— and we jumped out to a 7-2 lead. But by the time I stepped to the plate in the eighth inning, our lead had been cut to 9-7 and the Dominican Republic had momentum.

I knew I was going to hit in the eighth and, in my mind, I was going to take a big swing that would hopefully give us some insurance runs. I was going for the fences. But Erik Kratz, the most veteran guy on our team at 39 years old and years of big-league experience, came to me, maybe because he thought I appeared anxious. He put his arm on my shoulder and gave me the best advice I could receive in that moment: “This is a team full of stars, and we don’t need for you to try to be a hero with one swing. We need you to take a swing that’s going to make something happen.”

Kratz was on second base when I got up, and I hit a pitch away into right field that gave him a chance to score. The right fielder made a great throw, but the catcher couldn’t handle it and Kratz scored on a bang-bang play. That gave us a 10-7 lead, and we wound up holding on for a 10-8 win.

The feeling afterward, knowing that we had kept our hopes alive and we’re on our way to Tokyo, was pure euphoria. We partied so hard in the clubhouse that night, and the bus ride back to the hotel was lit. That celebration was the most joy I’ve ever experienced with any team that I’ve ever played with.

But the job’s not over. We’re here in Tokyo, where we’re trying to keep this train rolling. It’s my first visit to Japan, and I’m excited to experience a culture that I’ve only seen on television and in the movies. I asked my dad if he was going to come over, and his response was there’s no way he’s getting on a plane for 14 hours.

That celebration was the most joy I’ve ever experienced with any team that I’ve ever played with.

This is an incredible place, from the bright lights to the food. The electronics they sell here are so far advanced than back home, and I’m pretty sure I’m going to buy me some gold before we return.

But the most important mission for us: to take care of business. To try to gain for our country one of those six spots to play in next year’s Olympics.

We understand that there will be other opportunities to qualify if we fall short here. (Editor’s note: Adell had three hits in Team USA’s opening loss to Korea on Monday, 5-1, and his solo homer on Tuesday helped Team USA defeat Japan, 4-3.) But our focus and our mission is to take care of our business this week.

If we’re able to accomplish that? The most amazing year of my baseball career will just continue to get better.

Sorry fans, this ball was destroyed. No souvenir to be found 🔥#ForGlory🇺🇸 #Premier12 @jordonadell pic.twitter.com/qSEC3Ocu3I