Back playing Double-A, the Angels’ top prospect is motivated to get to the bigs

Jo Adell is chronicling his journey in baseball for The Undefeated. Over the next several months, the Los Angeles Angels’ top prospect, who was injured during his first major league training camp, will discuss life in the minors, what it’s like to be an African American baseball player in 2019, and much more.

Early during my rehab assignment in Arizona, my dad called and told me about a June road trip he was planning for Mobile, Alabama, to check out some games. And here’s what he told me: “I’m going to be there. What about you?”

After spraining my ankle and straining my hamstring on a freak play in March, I wasn’t going to rush my rehab for anyone. But I knew that if my dad was going to make his trip from Louisville to Mobile, I’d be ready.

#FathersDay My Dawg! Love you man!!!

My journey from Arizona to the Mobile BayBears, the Angels’ Double-A team in the Southern League, detoured through California, where the team assigned me to play with the Inland Empire 66ers (the Angels’ Class A team in the California League).

I was extremely anxious to get back on the field after getting hurt, and in my third game with IE I got a fastball up in the zone and drove it over the right-center field fence for my first home run on my journey back.

That moment, with all I’ve been through, felt amazing.

I played six games in California before the organization assigned me back to Mobile (where I finished the season last year). That day was hectic: While hustling to try to meet the team for the June 2 game in Chattanooga, I missed a connection and had to stay in Dallas overnight. I got to Chattanooga the next day and played immediately. While I didn’t have a hit in the first game, it was awesome being back on the field with my guys.

I felt that my season had officially started.

My teammates in Mobile, quite a few of them who were there with me last year, immediately put me on the spot. It’s tradition for all the guys to sing karaoke at the start of the season, and since I wasn’t there they forced me to show off my singing skills. I sang “I Remember” by Keyshia Cole, added a little choreography to the routine, and felt I killed it! In reality, I might have been a bit off-key, and let’s hope there’s no video of that performance. 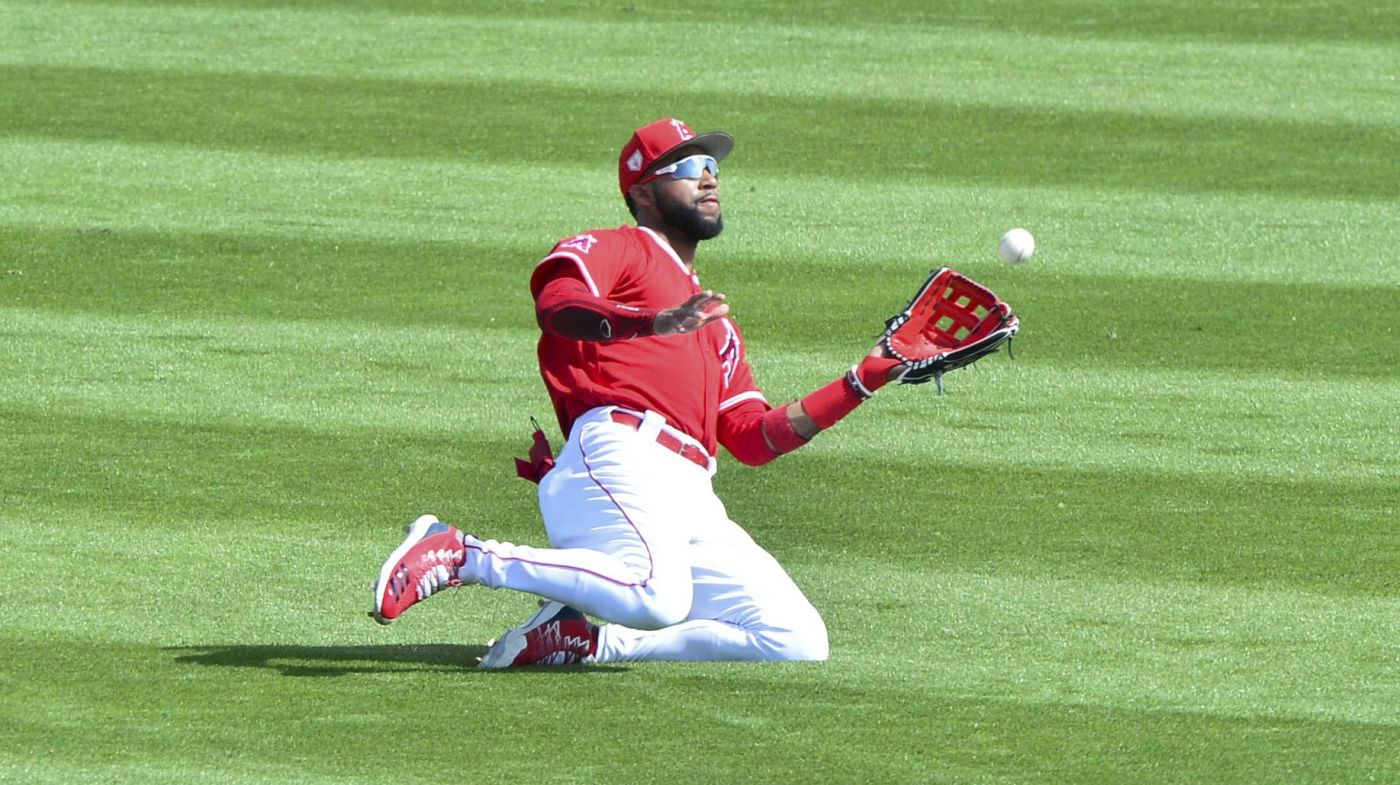 That we had a chance to relax and chill in that moment is rare, because much of the day-to-day life in the minors is a grind. Just take a look at our schedule coming up: Of the 31 days in July, we have just two days where we’re not scheduled to play.

Some of those rare “off” days are spent recovering from travel. In Double-A, all of our travel is by bus, and while the BayBears have a charter, I wouldn’t say it’s luxurious.

I hear the coaches begged for two buses for our team. But since this is our last year in Mobile (Editor’s note: The team is moving to Madison, Alabama, near Huntsville next season to become the Rocket City Trash Pandas), the team wasn’t making that type of investment. So traveling with a group that might be rolling 40 deep with coaches, players and the team support staff makes those bus rides pretty tight.

On shorter trips like to Pensacola, which might take an hour, some of the guys drive their own cars — they have to sign a team waiver — which gives us a bit more space in the bus. But when we take those long trips, the bus is usually packed. And packing big dudes two to a seat for those six- or seven-hour bus rides to Chattanooga, it gets tight.

Our rule on the bus is that the starting pitcher gets a seat to himself, and everybody else might be two to a seat. With my broad shoulders, I’m always hoping to get space to stretch out. But since I’m one of the youngest players in the league, the odds are when I do get a seat by myself, one of the guys is going to say, “Sorry, Jo, you’re going to have to sit somewhere else.”

The team gives us between $125 and $150 for food for every road trip we take, so if you’re relying on that to eat, you have to make your money stretch. I’m fortunate that I got a bonus as a first-round pick, I’m young with no major financial obligations, and that I have a support system with my team, which includes my representatives and my family. There are many guys here in Mobile who weren’t first-round picks, who represent different nationalities and who have adult responsibilities that I’ve yet to encounter in my life.

Some of those responsibilities mean some guys use most of their paychecks to help their family make ends meet. That really hit home during a long road trip last year when we stopped at Denny’s and one of the guys asked for help paying for his meal because he didn’t have any money. I can only imagine how difficult life is for a player being the main supporter of a family back home and to balance baseball with the stress of dealing with being responsible for others. I respect how those guys get up with the same positive attitude every single day.

The common bond is that everybody here wants to be great. If you’re great, then you get to play in the big leagues, and the other motivating factors, like taking care of family and getting paid, will take care of themselves.

There’s a saying in baseball that if you don’t like the situation you’re in, play better. That’s an actual thing.

Play better and you escape those long, cramped bus rides on road trips.

Play better and those decisions to grab fast food on the fly will be optional, not mandatory.

Play better and you won’t have to stay in some of those not-so-nice motels that I slept in while on the road in rookie and Class A ball.

Play better and you advance. And you might get the opportunity to play in the majors, where you won’t have to worry about any of that.

After getting hurt in March, I’m feeling really good about where I’m at today. I feel that, right now, I’m taking good at-bats, I’m hitting the ball well, being aggressive on the bases, and I’m playing really good baseball. I’m playing at the level I felt like I should be at this point in the season.

Someone asked me the other day where do I want to be at in September. For me, with the injury and all, the decision of where I will be is up to the team. I can’t control that, so I don’t think about that.

What I can control is to improve my play every day. I come in early to get loose, take some early hitting and get myself in the routine to make sure I’m at my peak performance.

If I can continue to do that, I won’t have anything to be disappointed about, regardless of where I end up in September.