He didn’t make it to his 79th, but I’ll wish him a happy birthday anyway

John Thompson Jr. would have been 79 years old today.

I know this because we share the same birthday. Every year, whenever I had the opportunity, I’d send John a note or leave a message or find a way to wish him a happy Sept. 2.

On one such occasion, long ago, Thompson bit my head off.

I had spent the summer trying to track down Michael Graham, a player who, as a freshman, had helped the Georgetown Hoyas win the 1984 NCAA men’s basketball championship. I don’t remember the exact circumstances, but Graham somehow was on the Georgetown campus for summer school. I wanted to get in touch with Graham, but the Georgetown public relations staff was not going to make him available. It was up to me to track Graham down.

After finding the dorm where Graham was staying, I slipped a note under his door asking him to contact me. Graham promptly turned the note over to Thompson.

When I reached him to wish him a happy birthday, Thompson let me have it. Sort of. This wasn’t a full-blown, full-throated tearing-into, but he let me know that he did not appreciate my efforts to reach Graham. 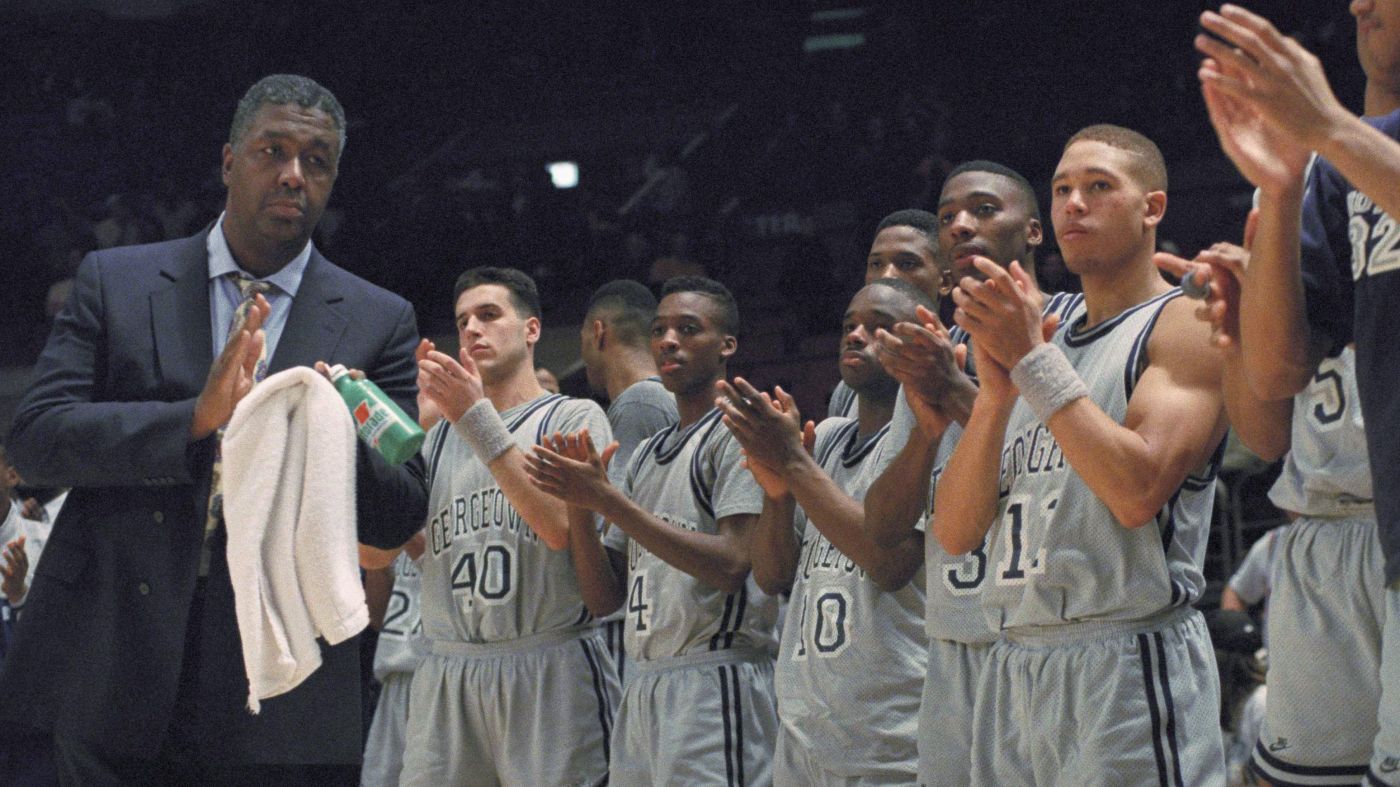 With that matter resolved, we went on to discuss the issues of the moment.

That became the basis of a respectful, boundary-based relationship: My job as a journalist was to track down the likes of Graham and I did not need permission to do it. Thompson’s job was to protect his players and a program he had built from the ashes into an empire.

These missions can be in conflict unless consumed by a larger vision – one that we shared. Our larger commitment was to the advancement of a sprawling Black community and, specifically, its engagement in the sports industry.

Thompson and I came together on these issues on numerous occasions on conference calls, but usually at cafes and restaurants at the Final Four. This became a cherished ritual: Thompson, George Raveling and John Chaney would meet with a handful of Black writers — usually Mike Wilbon, Bryan Burwell and myself – and hold court until 3 in the morning.

Talk about eye-opening, free-flowing, good-natured, profanity-laced sessions. Oh, my God. These sessions were the highlight of my Final Four weekends.

Sometimes the meetings became heated. There were generational issues between young aspiring coaches and coaches who supposedly had it made. There were conversations about the proper relationship between Black writers and coaches.

Thompson’s consistent message to the power structure was the importance of creating opportunity. The message from him that I picked up on was the importance of bringing others along. There comes a point in our journeys when notoriety becomes far less important than preparing the next generation to take the baton and run their leg of this eternal relay race.

Make no mistake: Thompson wanted to win basketball games and he had nothing against making money. At one memorable NCAA convention, Thompson, appearing to oppose the controversial Proposition 42 provision, stood up and said, “I am a capitalist.”

He wanted to make it clear that he was part of the system but that he opposed the racist part of the system that did not allow everyone to have an opportunity to pursue the American dream. This required a level playing field. The field was far from level and many of the presidents and athletic directors at the NCAA convention were responsible for keeping the field uneven.

I was in Washington in January 1989 when Thompson famously walked off the court before the start of his team’s 86-60 victory over Boston College at the Capital Centre. Thompson was protesting the NCAA’s vote a week earlier to deny athletic scholarships to freshmen who failed to qualify for athletic eligibility under the academic standards of Proposition 42.

Before that legislation, players could have a scholarship but could not play as freshmen. The new legislation would have disproportionately had a negative impact on Black athletes.

“His impact on me is his strength in believing in what was right and wrong,” said former head coach Nolan Richardson. Richardson was inducted into the Naismith Memorial Basketball Hall of Fame in 2014, and led Arkansas to the national title in 1994.

“I wasn’t paying much attention to that Proposition 42 until John stood up and walked out,” Richardson said. “That to me was showing that he cared about what was going on. Immediately, I said, ‘I’m for that.’ I just needed someone to point me in the right direction. John was able to do that for me.”

Because of all the lives they have touched, Thompson, Richardson, Chaney, Raveling and Vivian Stringer are on my Mount Rushmore of college coaches. Yes, white coaches have touched Black lives, too, in great part because Black players are the backbone of so many of their programs.

But Thompson and the others had to scratch and claw to reach the top of what still is a largely segregated profession. They showed us the way, lit the path and opened doors that were difficult to access.

“I don’t think the good man upstairs is going to ask John how many games did he win,” Richardson said. “I think he’s going to ask how many lives did he touch. Our role is to touch lives. If you touch one person’s life and make it better, to me that’s what it’s all about.”

Coach Thompson didn’t make it to his 79th today, but I’ll wish him a happy birthday anyway. The impact of such a powerful spirit lives on.