Now the LA native and the Bruins face unbeaten Gonzaga

A bright orange sky begins to form over the mountains and palm trees.

It’s 6 a.m. in Los Angeles, and David Rebibo arrives at Harvard-Westlake School, ready to begin his morning activities. Rebibo is the head basketball coach, winner of both the state title in 2016 and CIF Division I title in 2017. Mornings are a chance for Rebibo to have some time alone, mapping out his plans for the day. The school is mostly empty, but not this day. Rebibo notices someone running on the track.

That person is Johnny Juzang, Rebibo’s star player on Harvard-Westlake. This wasn’t just a random occurrence. It’s an entrenched morning routine for him, waking up early, watching the sunrise and getting to work. The obsession to be the best, the drive to be great, have fueled Juzang from his days at Harvard-Westlake to now as a starter with the UCLA Bruins.

“I’ve always been someone with really big goals and expectations,” Juzang said. “With that, comes big dedication and commitment.”

For the first time since 2008, the Bruins are in the Final Four. A program steeped in historical excellence became the Cinderella story of this year’s NCAA tournament, becoming the second program to go from the First Four to the Final Four. Juzang is a critical part of his team’s tournament success, providing the prolific offense (21.6 points per game, 48% field goal percentage), and the competitive spirit.

It’s everything Juzang’s dreamed of since he was a little kid growing up in Los Angeles, a focal point for basketball talent.

“It’s something growing up you dream about,” Juzang said after UCLA’s 51-49 victory over Michigan to advance to the Final Four. “To do it with such an amazing group of guys, such incredible staff, such incredible coaches, makes it just so wonderful.”

Hard work, determination and success are foundational pillars in the Juzang family. His older brother, Christian, played college basketball at Harvard University before competing in the Vietnam Basketball Association. Younger sister Lauren is a musician who already has a debut single, “High School Dreamers,” on Spotify. Father Maxie is a successful entrepreneur who has run Healthcare Staffing Professionals since 2006. Hanh-Payton, Juzang’s mother, is a financial adviser with Morgan Stanley.

As someone who is of Creole/Vietnamese descent, Juzang embraces his cultural background. The values his parents instilled in him are very much apparent in the player and person he is today.

“The way they brought me up is to have good values,” Juzang said. “A common theme was to have a strong work ethic and a desire to succeed. It definitely applies to basketball. Having good habits in life will apply to basketball.” 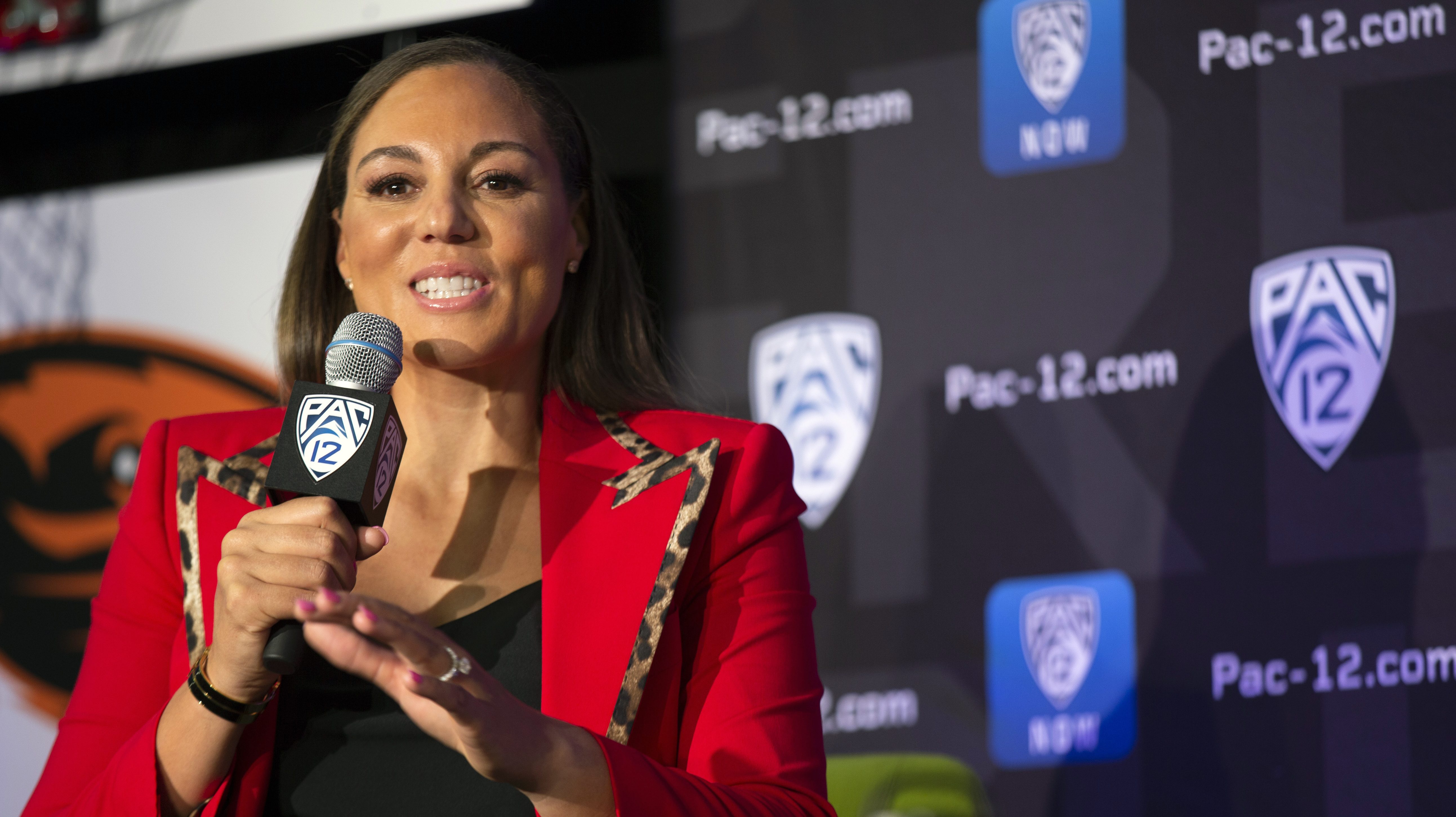 “That was such an amazing series,” Juzang said. “I remember watching in my living room with my family, going crazy. Kobe’s work ethic and mentality inspired so many people. I’ll always remember that moment.”

The young guard didn’t care about the high expectations of his team. Even as the team started slow, Juzang cared about being the best teammate possible.

“He always wanted to bring energy in the locker room,” Rebibo said. “A very humble kid who had a switch. When the ball went up and the clock turned on, he turned into an incredible competitor.”

Juzang was never satisfied with his current play. He always desired to improve on various aspects of his game. Rebibo recalls Super Bowl Sunday in 2018 when the Philadelphia Eagles defeated the New England Patriots. Instead of hanging out with his friends, watching the big game, Rebibo saw Juzang in the gym, perfecting his jump shot late into the night. His work ethic apparent, Rebibo challenged Juzang to inspire his other teammates to invest time in the gym away from the game. Soon after, several players were in the weight room or using their free periods to practice their shots in the gym. All thanks to Juzang.

“His work ethic, his desire to compete, has carried on for our program to this point,” Rebibo said. “There’s a standard of work for our program that has to be met because of Johnny Juzang. He’s a great leader and an incredible worker. I couldn’t be more proud.”

Juzang’s greatest accomplishment at Harvard-Westlake came in the 2019 Mission League title game. Before the Mission League tournament, Harvard-Westlake played Mater Dei High School, one of the storied programs in Southern California. On the bus ride home, Juzang approached Rebibo, saying if the team plays up to its potential as it did against Mater Dei, nobody would beat them.

“It all starts with me,” Juzang said. “I can’t rest. I can’t take any possessions off.”

In the championship game, Harvard-Westlake squared off against its rival Loyola. Before the game, Juzang told Rebibo, “We leave nothing on the floor.” His intensity in the locker room before the game translated on the court, as Harvard-Westlake was up by 20 points in the second quarter. Juzang’s 25 points propelled Harvard-Westlake to its first Mission League title since 2011, defeating Loyola 53-44.

It was at that moment that Rebibo knew Juzang was different.

“At that moment, I knew he was a special player,” Rebibo said. “I was blown away by how competitive he truly was.”

At 18 years old, Juzang left Los Angeles to play college basketball for the prestigious Kentucky Wildcats. However, in his freshman season, Juzang received limited playing time, averaging 12.3 minutes a game. Before going to college, Juzang had an interest in UCLA. But when Bruins coach Steve Alford was let go, the opportunity didn’t happen.

In the transfer portal, Juzang reconnected with UCLA, wanting to play for a program with 11 NCAA titles and compete in the city where he grew up. His conversations with current UCLA coach Mick Cronin convinced him to move back home.

“I always knew it was a high-level program,” Juzang said. “I feel like he [Cronin] was not only going to push me but bring the best out of everyone. He was a guy I wanted to play for. I wanted to be a part of that.”

This season wasn’t without its challenges. The Bruins lost Daishen Nix, one of Cronin’s recruits, to the G League Ignite team. Chris Smith, UCLA’s lone senior, tore his ACL during the team’s 65-62 victory over Colorado on Jan. 2, knocking him out for the season. Despite these injuries, the Bruins found a way into the NCAA tournament, competing in the First Four. Not many believed UCLA could advance very far after the team lost its last three games in the regular season and the first round of the Pac-12 tournament.

The Bruins began with an overtime victory over Tom Izzo and Michigan State, with Juzang scoring 23 points. They followed their First Four win with an upset victory over the sixth-seeded BYU Cougars, this time Juzang led scoring with 27 points. The Bruins could’ve folded against the Alabama Crimson Tide after Alex Reese hit a buzzer-tying 3-pointer to send the game into overtime. Instead, UCLA raised its performance, outscoring the Tide 23 to 13 in overtime with an exclamation point 3-pointer from Bruins guard Jaime Jaquez Jr.

Against the No. 1 seed Michigan Wolverines in the Elite Eight, Juzang came out with a blazing 18 points in the first half. Early in the second half, Juzang injured his ankle after falling awkwardly. He left the game briefly, getting some treatment before returning. It speaks to Juzang’s leadership, which has grown over the past year. It takes a lot for him to leave the game and not return, demonstrating the warrior spirit the Bruins sophomore brings.

“I knew for us to get here, I was going to have to let him play through things and teach him shot selection,” Cronin said. “He’s more of a scorer than a shooter, and I think that’s what he got labeled at Kentucky and I wanted him to get rid of that mindset. We really worked hard on his midrange and him going to the basket. He’s grown immensely,”

“The biggest thing for me was bringing leadership vocally but also energy and spirit to the team,” Juzang said. “Coach pushed me in all aspects of my game, whether it was defensively or being a better playmaker.”

As UCLA prepares for its national semifinal matchup against undefeated Gonzaga, the team is relishing the moment to play on the national stage. It’s a testament to the belief the players have in each other and the culture Cronin is building at UCLA.

Juzang is the breakout star of this NCAA tournament. He isn’t satisfied with playing in the semifinals – winning is the ultimate goal.

The kid from Los Angeles who ran on the Harvard-Westlake track at 6 a.m. will now get up early Saturday in Indianapolis with a chance to play in the national championship on the line.