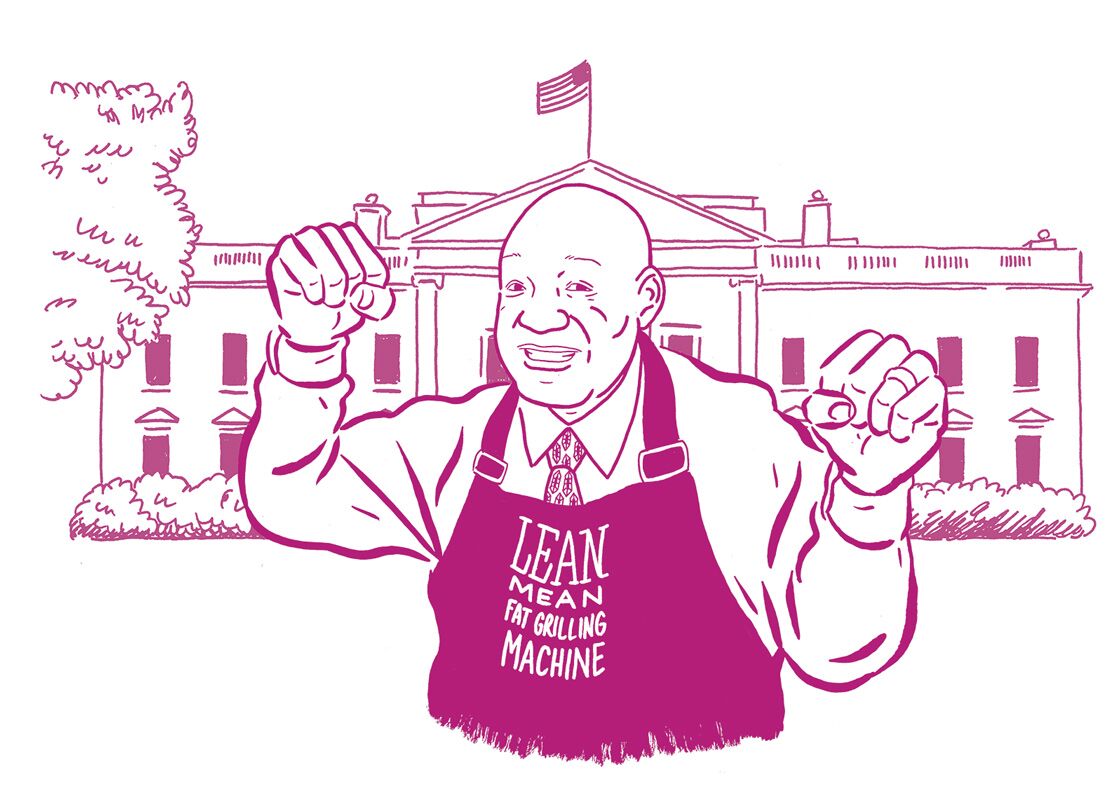 The Secret Service has already run out of money to protect President Donald Trump and his family. While the University of Texas removed four Confederate statues from its Austin campus, a dissenting protester claimed that “white supremacy is over because of Obama, pro athletes and Jay-Z.” Comedian Bill Cosby, like a job announcement, tweeted that he is “pleased to announce his new legal team for his criminal retrial.” @daM00N_ blocked the @sun. R&B singer Chris Brown solved racism through the gift of dance. Trump stared directly at the sun. Wile E. Coyote A Texas man was charged with attempting to blow up a Confederate statue. Louise Linton, the wife of Treasury Secretary Steven Mnuchin, called an Instagram user “adorably out of touch” after the user criticized Linton for posting a photo of her expensive wardrobe while disembarking a U.S. military jet. A Florida man involved in the white supremacist rally in Charlottesville, Virginia, two weeks ago and who once killed a goat and drank its blood is running for U.S. Senate. Rep. Steve King (R-Iowa), who once referred to nonwhite people as “sub-groups,” posted a photo of a solar eclipse with a superimposed photo of Harambe, who was born in Texas, because King was in Tanzania at the time. Former Trump campaign spokeswoman Katrina Pierson, surprisingly not a member of the current administration, said slavery is “good history.” Boxing legend George Foreman, who voiced support for Hulk Hogan the same day a tape in which the wrestler called a black man a “n—–” was leaked, called LeBron James and Kevin Durant “sore losers” for refusing to visit the White House. 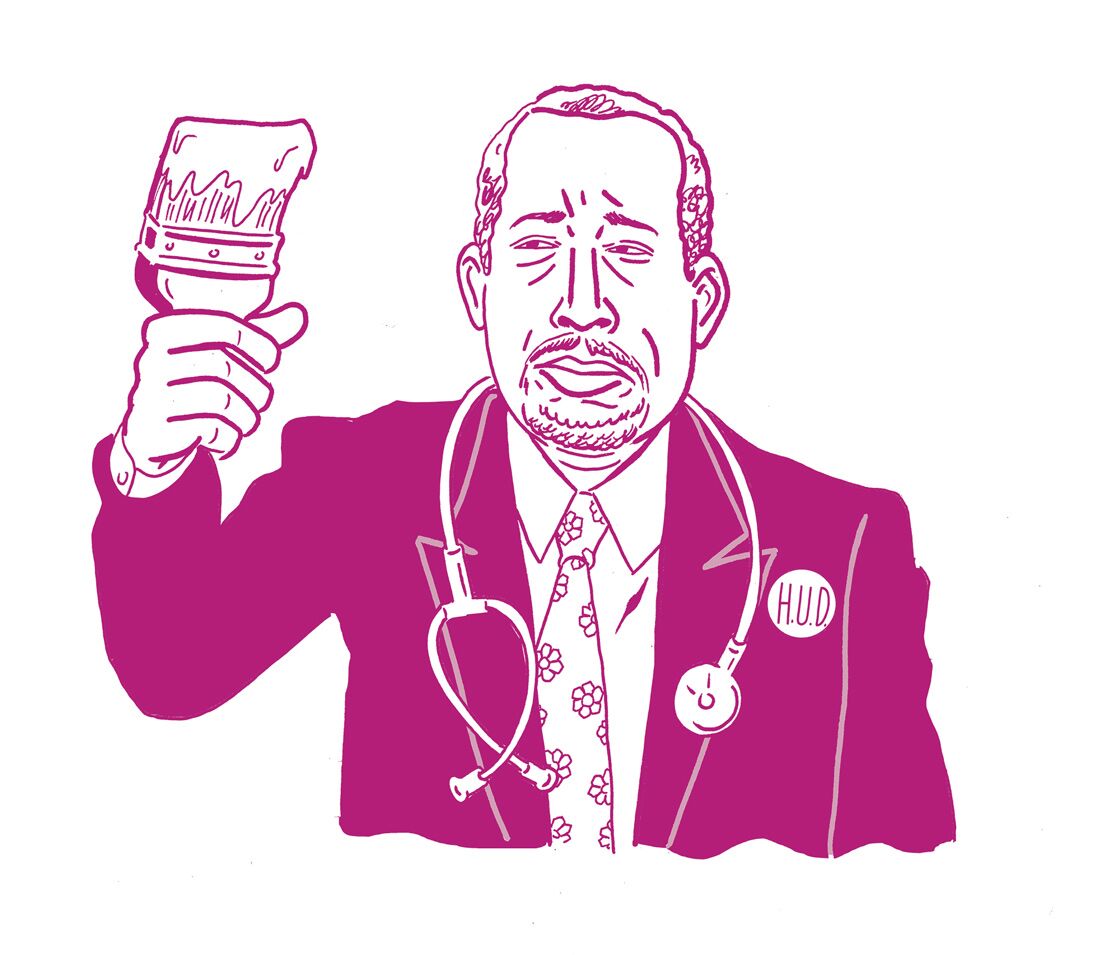 Country musician Kid Rock, while singing a song with the lyrics And I will vow to the shining seas/And celebrate God’s Grace on me, yelled, “F— Colin Kaepernick” to an Iowa State Fair crowd. A former Ku Klux Klan member once indicted by a federal grand jury for threatening to kill Coretta Scott King is taking a temporary leave of absence as a Roman Catholic priest. Ben Carson, the head of the Department of Housing and Urban Development, doesn’t understand how lead-paint reduction works. UFC champion Jon Jones was popped for reportedly using an anabolic steroid one month after tweeting, “Daniel [Cormier] says the only reason I defeated him the first time is because I must have been on steroids, wonder what his excuse will be this time.” Proving definitively that you can’t fix stupid, physicians across the country treated “sprains, strains, lacerations,” fractures and eye damage after Monday’s solar eclipse. The Girl Scouts of the USA and Boy Scouts of America are beefing. The organizer of the white supremacist rally in Charlottesville is back from self-exile, telling all the “Commies, conspiracy wackos & nazi optics cucks” to “pucker up.” Rep. Robert Pittenger (R-North Carolina) said the Black Lives Matter movement is “just as engaged in hate” as white supremacist groups like the KKK and neo-Nazis. Despite military drafts being banned in 1973, an Ohio Supreme Court Justice called members of the Cleveland Browns who kneeled for the national anthem “draft dodging millionaire athletes.” 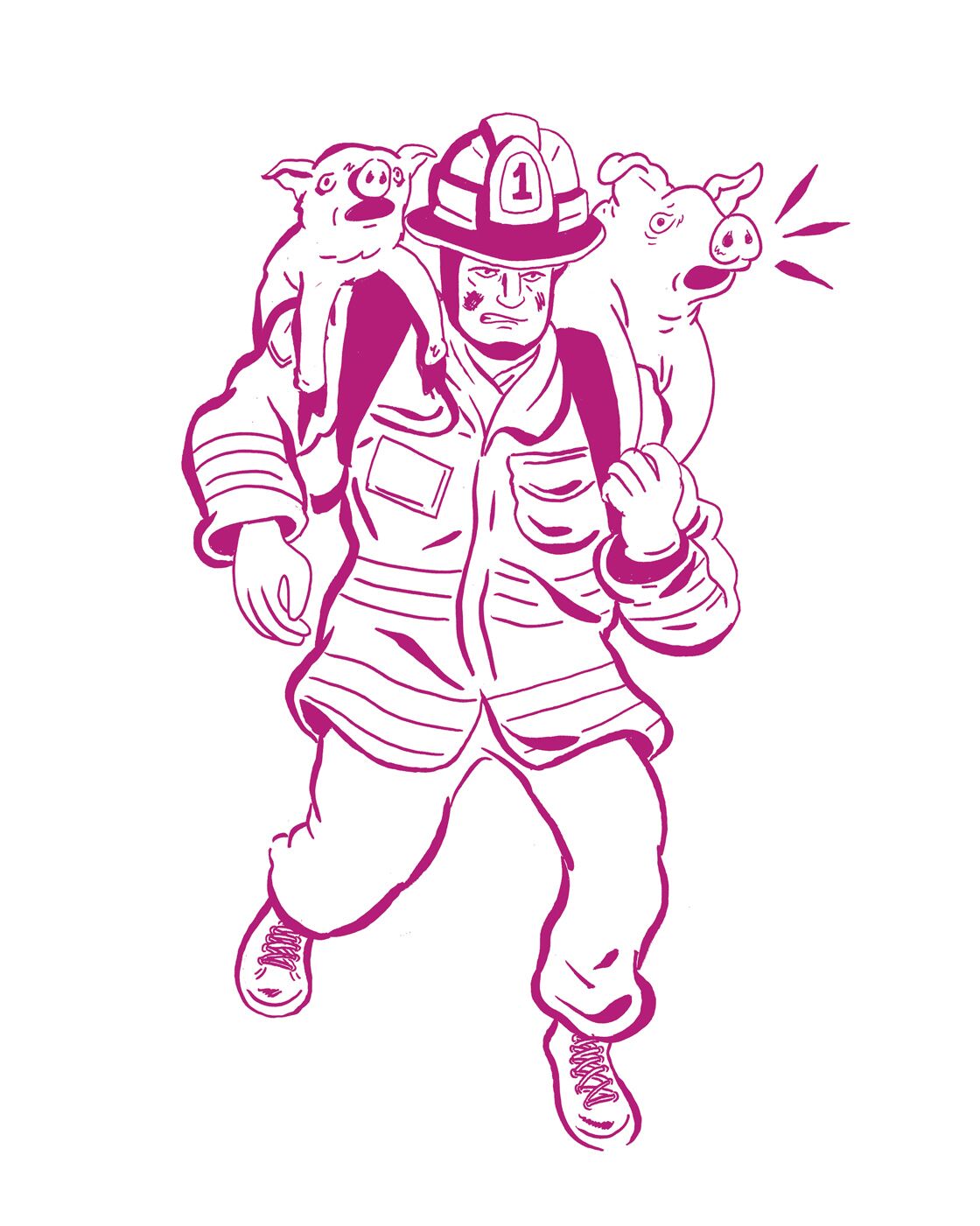 An anonymous NFL executive said quarterbacks “Tom Brady or Philip Rivers would never consider making a stand … while they’re at work” like Kaepernick; Brady once prominently displayed a Make America Great Again hat in his locker. After 18 piglets were saved from a barn fire in England earlier this year, the farmer who owned the litter served them up as sausage to the rescuing firefighters. Less than 12 hours after agreeing to not publicly feud with Arizona’s two senators, Trump tweeted, “I love the Great State of Arizona. Not a fan of Jeff Flake, weak on crime & border!” Jon Jones, a white New York game developer and not the black MMA fighter, was inundated with Twitter messages after the announcement of the other Jones’ failed drug test, with one user writing, “Oh s— u just a white dude my bad nig lmao.” A 77-year-old Pennsylvania woman with a hearing impairment was severely beaten by her daughter and granddaughter because the volume of the Pittsburgh Steelers game she was listening to was too high. Disproving the theory that teenagers don’t follow the news, six students at a private Atlanta school were suspended or expelled for playing a drinking game called “Jews vs. Nazis.” Joanie Loves Chachi actor Scott Baio, stretching the definition of “successful,” responded to criticism of Trump by stating, “I don’t give a s— if I ever work again. … I guess I’m just an old, angry, successful white guy who stole everything he has from someone else.” Even the United Nations, which famously played the “my name is Bennett” routine during the Rwandan genocide, is “alarmed by the racist demonstrations” in the U.S. 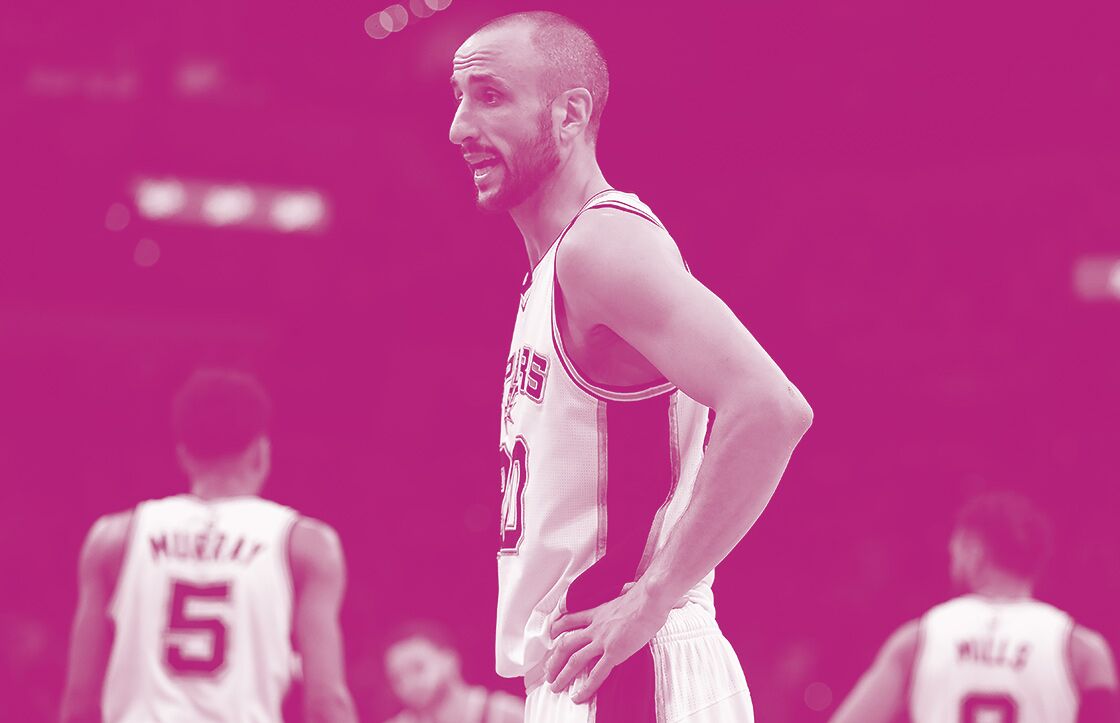 Floyd Mayweather plans to visit the Las Vegas strip club he owns every night before his fight on Saturday. A Twitter user whom Trump retweeted in the morning once posted, “We have enough Jews where I live.” A South Carolina man, seconds after pleading that Confederate statues are not a “symbol of racism,” called a statue of Martin Luther King Jr. “Martin Luther Coon.” The Baltimore Ravens played themselves. A year after Trump tweeted, “Mexico will pay for the wall!” the White House can’t confirm whether Mexico will indeed pay for the wall. Buffalo Bills running back LeSean McCoy, who got into a fight at a nightclub in 2016, said teams don’t want to sign Kaepernick because of the “chaos that comes along with it.” More baseball players don’t know how to properly scrap. A 21-year-old New York man was arrested after having his driver’s license suspended 81 times. San Antonio Spurs guard Manu Ginobili, still old, has decided to continue playing basketball. In the ongoing war against Skynet, Apple’s latest phones will use facial recognition to unlock the device. Famed director James “Draw Me Like One of Your French Girls” Cameron said blockbuster film Wonder Woman was “a step backwards” for lead female characters. Durant, the 2017 NBA Finals MVP, said he would still drink actress Scarlett Johansson’s bathwater. The St. Louis Cardinals are feuding with a nonprofit over a stray cat. 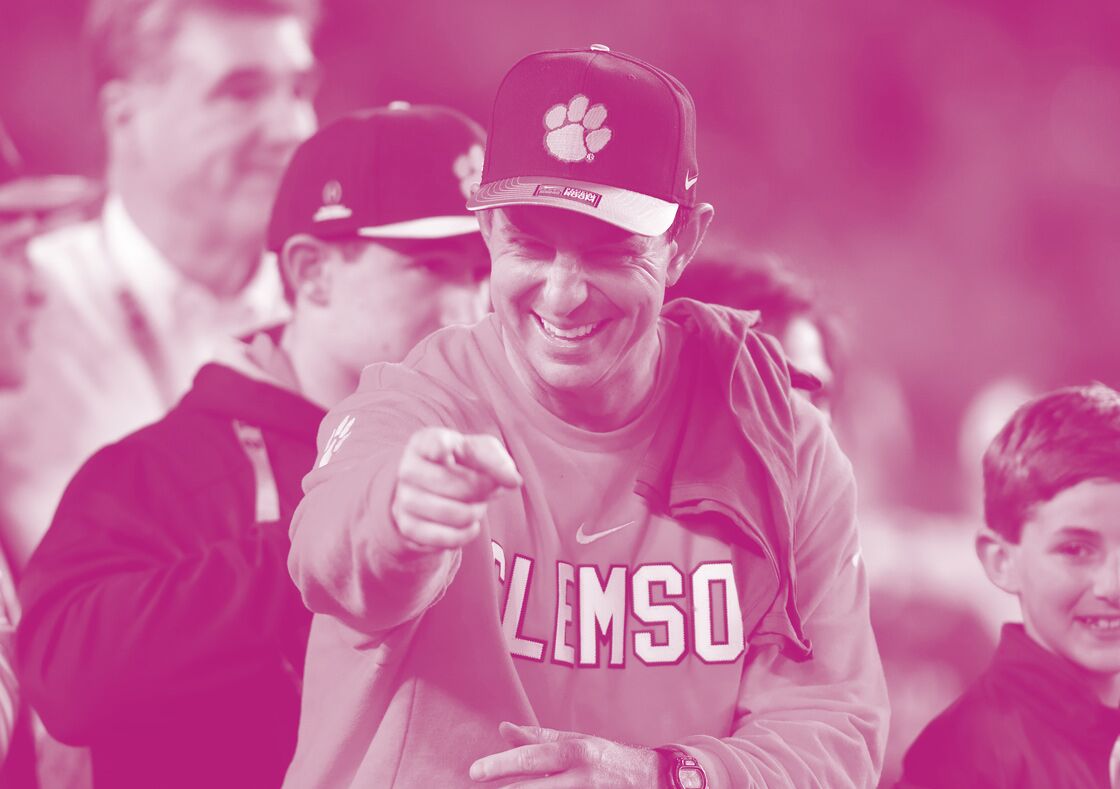 A Washington, D.C.-based agriculture lawyer says Department of Agriculture chief scientist nominee Sam Clovis has “iron testicles.” Clemson football coach Dabo Swinney, who once said paying college players would make him “do something else, because there’s enough entitlement in this world as it is,” will now make $7.5 million this season. Another team that will not sign Kaepernick said it would “absolutely” sign Kaepernick. UPS’s stock suddenly dropped 500 percent. San Francisco residents, including one named Tuffy Tuffington, plan to leave dog poop in a local park ahead of a planned right-wing rally in the same park. For dangerous investigative work that will surely win it a Pulitzer Prize, The Atlanta Journal-Constitution ate at Arby’s. Hall of Fame football player Jim Brown, accused multiple times of domestic abuse, said, “I’m not gonna do anything against the flag and national anthem.” Metta World Peace is back playing basketball … for Master P.