Michael Jordan: ‘Derek is one of the hardest workers I have ever met.’

When the 2014 Major League Baseball season was over, so was Derek Jeter’s baseball career. The New York Yankees shortstop was 40 years old when he retired after that season. His 22-year career embodied respect.

So you may remember the epic 90-second commercial in which celebrities, other MLB players, athletes, random fans and friends all tipped their caps to Jeter. The piece included appearances from filmmaker Spike Lee, golfer Tiger Woods, rapper Jay Z, WNBA star Maya Moore, NBA legend Michael Jordan and more. The 2-year-old commercial is part of Nike’s Jordan Brand. It ends with the tagline, “RE2PECT,” and the Jumpman logo. 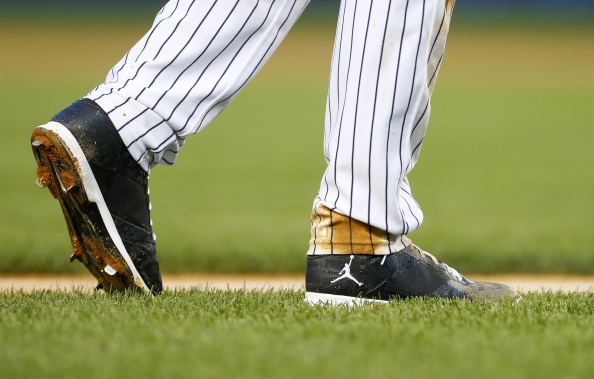 Well, the brand lives on and Jeter’s role has expanded. Just days after tying the knot with fashion model Hannah Davis, Jordan Brand announced Tuesday in a news release from Nike that it has reached a deal with the baseball legend to remain with the brand, creating the role of “captain” within the iconic brand’s training category and family of baseball athletes.

Jeter will play an active role in defining the future of his RE2PECT line, choosing colorways and style designs as well as consulting on comfort and fit.

“Derek is one of the hardest workers I have ever met,” Michael Jordan said. “His work ethic was evident in the way he played the game of baseball and it continues to drive the way he approaches his business career after retirement. We are excited to continue our relationship with him and for what he brings to the brand as we continue to grow.”