Jordan Love, Jalen Hurts and the next wave of black QBs in the NFL

While starting at quarterback for the University of Oklahoma, 2019 Heisman Trophy finalist Jalen Hurts also kept an eye on the groundbreaking performance of black passers at football’s highest level. Last season was the Year of the Black Quarterback in the NFL, and Hurts is eager to join a group that has changed the game.

“Those guys have done great,” Hurts said during the NFL scouting combine in Indianapolis in February. “They’ve been very dynamic at the position. I’m looking forward to how I can do that as well.”

The door for Hurts and others like him has never been more open.

The dominant performances of African American signal-callers last season should only help black quarterback prospects entering the NFL draft, which begins April 23. Led by Kansas City Chiefs superstar and Super Bowl MVP Patrick Mahomes, black quarterbacks have never been held in higher regard in a league that has completed 100 seasons. The misguided thinking that once robbed top black passers of the opportunity to be drafted, let alone emerge as top picks, finally ended years ago because football executives and coaches face enormous pressure to win in a league approaching $20 billion in revenue annually. Now, black quarterbacks are setting the standard for excellence — and doing so in a variety of styles. Talent evaluators around the league have noticed, pioneer James “Shack” Harris said. 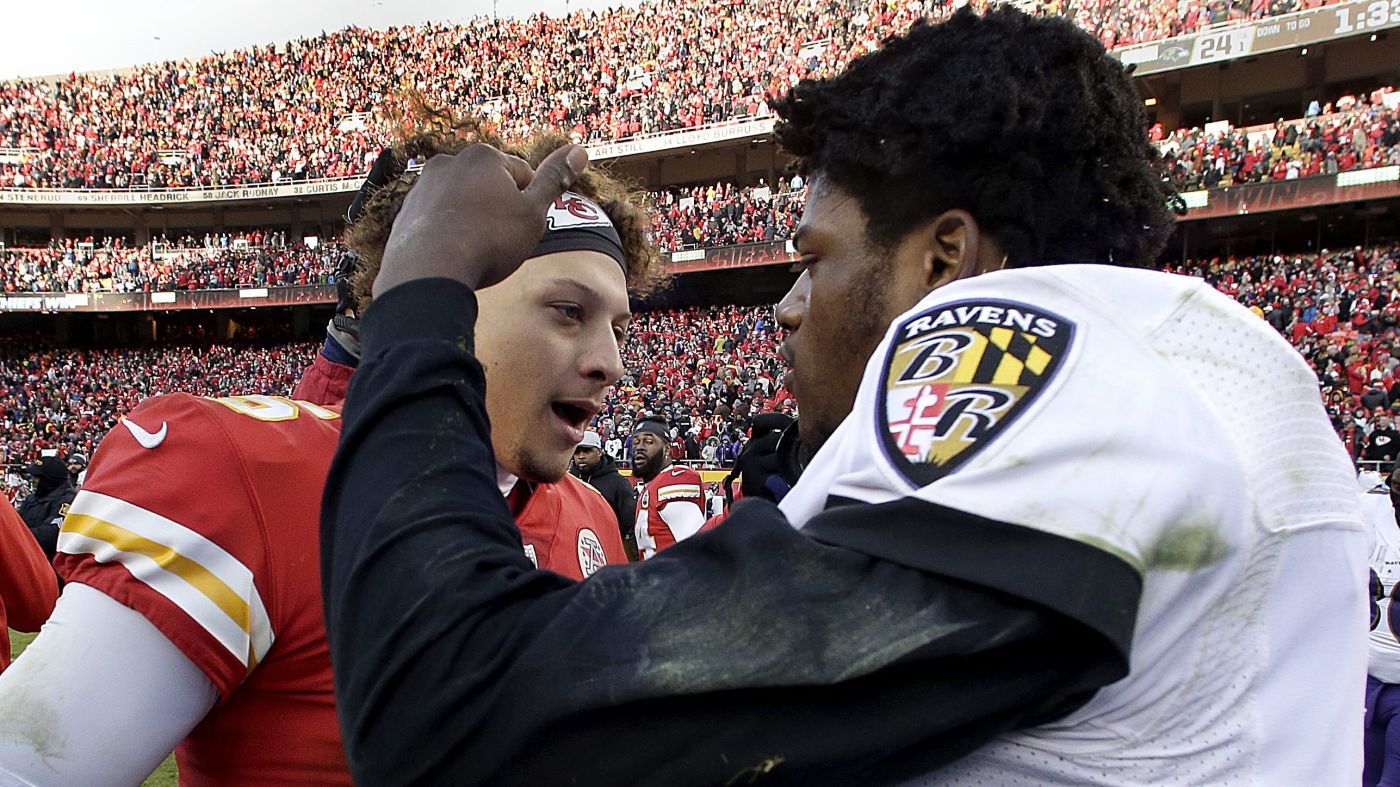 “With what these guys all did last year, the level that they played at and how they led their teams, everyone in charge of finding talent and [assembling rosters] wants to find players who can do what they do,” said Harris, the first black quarterback to start a season opener as well as the first to start and win an NFL playoff game, who went on to have a distinguished post-playing career as an NFL player personnel executive.

“And there isn’t just one way to do it. That’s something that you have to really think about. There isn’t just one type of way they all play. So when you have guys coming out of college, the people doing the picking aren’t just looking for one [style]. Why? Because they’ve seen the results. They’ve seen what can happen if you open up your thinking. Especially after last year. After what happened with Lamar [Jackson], a lot of people learned that.”

With the final pick of the first round in the 2018 draft, the Baltimore Ravens selected Lamar Jackson. Last season, he won both the Associated Press, regular season and Pro Bowl MVP awards. Jackson and newly signed Tampa Bay Buccaneers passer Tom Brady, widely considered the greatest quarterback in the game’s history, are the only unanimous winners of the AP regular season MVP award.

Many teams erred in evaluating the athletically gifted Jackson, believing he lacked the ability to succeed as a passer in the pro game. They failed to recognize what Jackson could potentially accomplish in the right environment. Hurts, who is a projected second-rounder, has a similar skill set.

“I don’t think there’s a ceiling on my game. There isn’t a limit, simply,” said Hurts, who helped Alabama win the 2018 College Football Playoff National Championship and earned his degree before transferring to Oklahoma to complete his eligibility.

“I would say the sky’s the limit, but I don’t think that’s even the limit. The dynamic ability I have, able to make every throw, get nasty with my legs if needed, it should be fun [in the NFL]. I’m looking forward to it.”

Since his sophomore year at Alabama, Hurts has worked with quarterback guru Quincy Avery. The team that selects Hurts will be rewarded, Avery said, providing it puts him in the correct environment.

“He’s a very smart dude,” Avery said of Hurts. “He’s totally capable of doing everything you could want a quarterback to do at any level. He has all the talent you would need” to make it in the NFL.

Although Hurts is an intriguing prospect, partly because of the comparisons with Jackson, former Utah State passer Jordan Love could be among the earliest picks of the opening round. Love lacks the speed and athleticism of Hurts, but his arm and ability to extend plays within the pocket have impressed scouts.

After his spectacular sophomore season, Love struggled with turnovers as a junior. His decision-making has been a main topic of discussion during Love’s private interviews with teams. He gets it.

“The biggest difference for me was the turnovers. Obviously, they went up,” said Love, who had six interceptions as a sophomore and 17 as a junior.

“[The turnovers] just came from me trying to do a little too much … and force the ball downfield, thinking that I could make throws into tight windows. I could have just checked the ball down, but I was trying to make that play. … Seventeen learning moments.”

In a bygone era, Love’s turnover issues in his final college season, and the perception of Hurts being a better runner than a polished passer at this stage of his career, would have been seized upon by NFL team officials in search of excuses to bypass both quarterbacks in the draft. Now, the information is merely part of each player’s full body of work. And viewed against the backdrop of what happened last season in the NFL, Harris believes their strengths far outweigh their weaknesses for teams in need of immediate help at the game’s most important position.

“A lot of us — me, Doug [Williams, the first black quarterback to win a Super Bowl and the game’s MVP award], Warren [Moon, the only African American signal-caller in the Pro Football Hall of Fame] — would talk about a moment like this, when the opportunities would finally open up to match the talent we knew was out there,” Harris said. “Last year could have happened sooner, but it took a while for the opportunity to get there. You saw what happened when everything [aligned], and these young guys in the draft now, and in the future, will benefit from it.”

It’s another positive effect from an unprecedented year that not many envisioned, and one that will help define the future of a league even fewer expected.