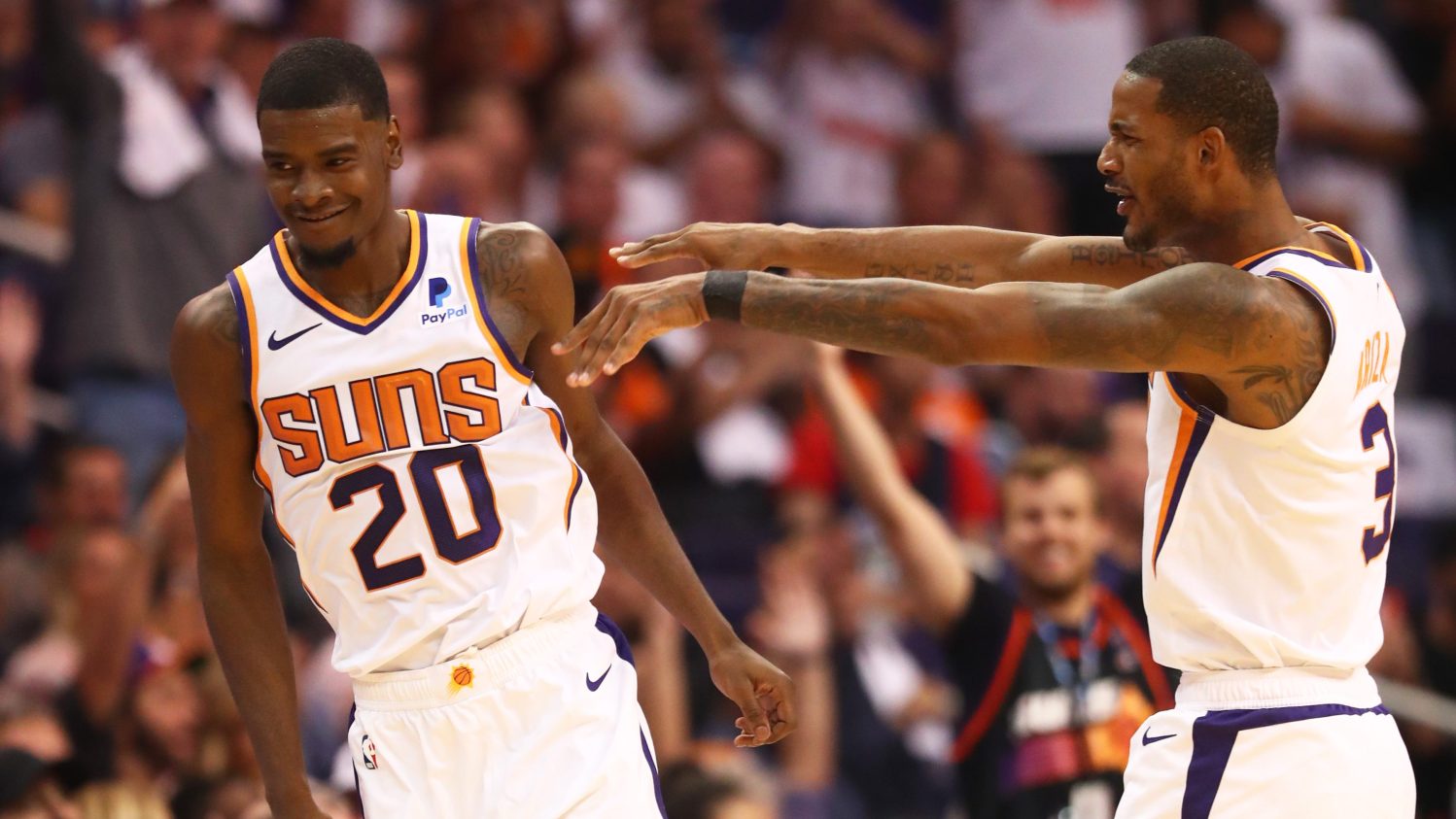 The following is Part V.

I’m not really a New Year’s resolution kind of guy. I don’t have one. I don’t think they are bad to have, but if you’re going to make something up like that, you shouldn’t wait for New Year’s for it.

2018 was a really good year. Couple things could have went a little bit better. Could have won a couple more games.

But I am glad to be where I am right now, living out my dream, playing basketball and coming to work every day trying to get better. Going into 2019, I am just going to keep my head strong, keep working out, keep playing these games and try to elevate.

I feel like there are times throughout this season and last season where we show how talented we are and the potential we have. It’s just the consistency. One game we’re in it with the Houston Rockets and the next game we’re getting beat by 40 against the Charlotte Hornets. It’s just been up and down. Just becoming more consistent, and we’re moving there.

There are a lot of things that have changed. Attitude is definitely one thing. Communication. Chemistry. Being around each other on the court. The more we talk, the easier it is, especially now that we are switching a lot more defensively from 1 [point guard] through 4 [power forward]. We got multiple guys who can guard different positions. Communication is gonna be big. And just being tough from the jump. Coming out being aggressive, throwing the first punch.

The Trevor Ariza-Kelly Oubre trade, I kind of saw it coming just being in the league, where anything can happen at any given time. I feel like both teams made a really good decision. Washington got a really good veteran player who is going to help them immediately. We got another young, athletic player we can build around and put out there. It fits our style of play.

Trevor, obviously, was my veteran [mentor]. I felt really good just having him around. He still calls me from time to time. He taught me a lot. He gave me advice all the time. He told me to stay strong through it all. The losing can get to you a little bit. Trevor helped me to stay with it and keep pushing.

He told me to always be myself and never forget who I am. And what he meant by that is, you see all the money come but don’t change. Always be you. You know who your friends and close family are. There is a lot of nitpicking and people pulling you from who you are. His message to me: ‘Don’t let it change you. You’ve always been a cool and humble guy. You should stay that way on the court and be confident.’ No matter how many shots I miss, no matter how many games I lose, stay confident. I was really sad to see him go. I wanted to have a couple more years with him at least.

It definitely makes a difference with all the change. Imagine coming in with all this change every other month, every week. It’s kind of hard to get adjusted to, but I think every guy here has made the best of it and done an amazing job. They’re still here working. It is what it is. I’m going to still keep doing it and make the best of my situation.