After transferring to South Carolina State, he excelled once given a chance

For Kansas City Chiefs cornerback Antonio Hamilton, becoming a Super Bowl champion would be just one step along a winding road of adversity and triumph.

Hamilton, in his fifth season in the NFL, has reached the pinnacle of his sport after a stellar career at South Carolina State, where he was a punt return specialist and all-conference defensive back for the historically Black college and university.

His college coach, Oliver “Buddy” Pough, who has a knack for developing NFL defensive players such as Indianapolis Colts All-Pro linebacker Darius Leonard and the Philadelphia Eagles’ Javon Hargrave, said Hamilton’s growth in college was unexpected.

“Hamilton came in as an undercover commodity. After his sit-out year [because he transferred] we started to use him a little bit and he started to really come on, and at that point he started to become one of our better players,” said Pough. 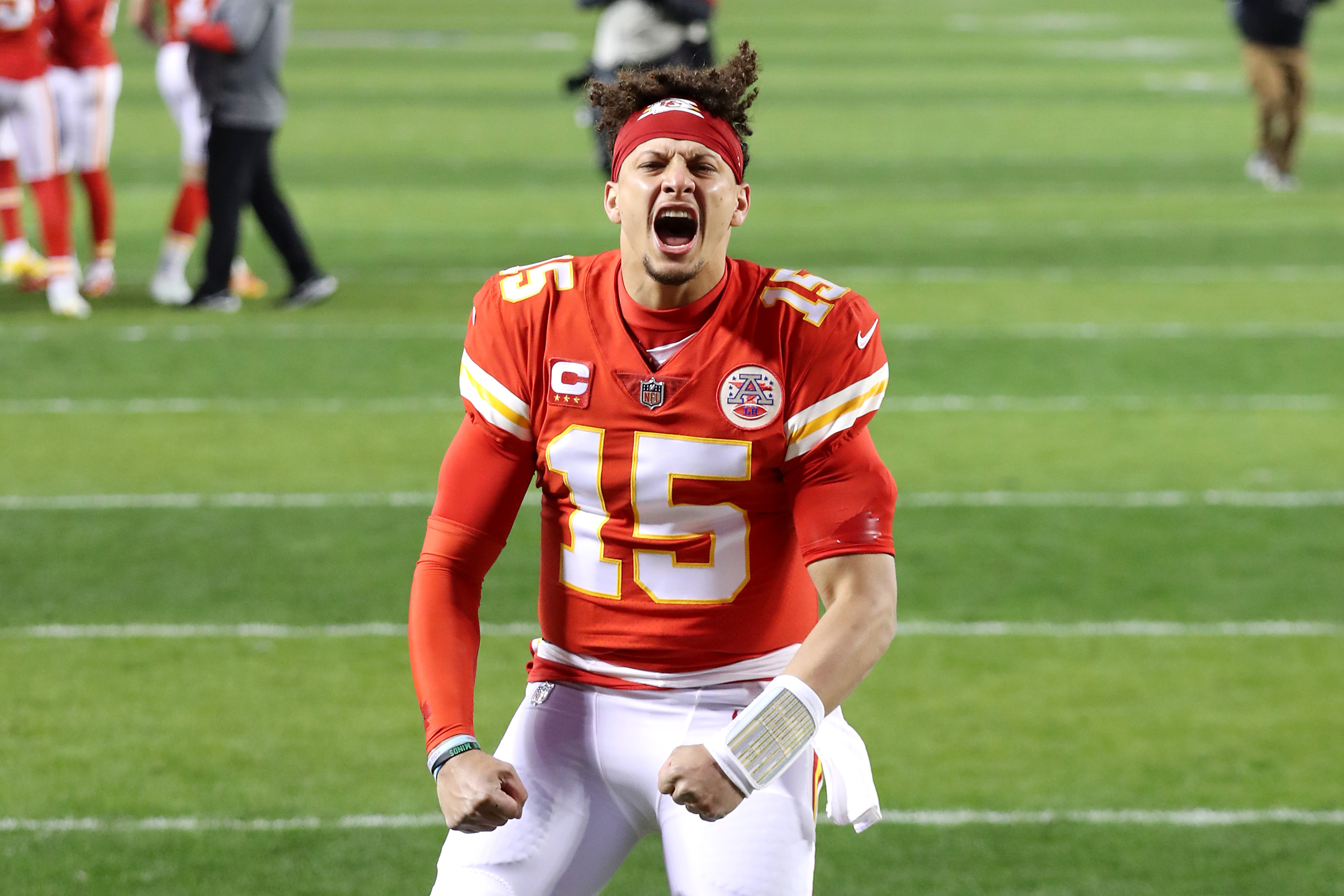 His time at South Carolina State gave him enough of a foundation to carve out a career in the NFL, where on Sunday he will join the Chiefs as they take on the Tampa Bay Buccaneers in Super Bowl LV. Just reaching the game is a dream for Hamilton, who almost gave up the sport in high school.

“I’ve never won a championship outright, not even like a conference championship. I’ve always shared it with another team,” said Hamilton. “Right now, being in this situation where I may be able to become a Super Bowl champion, it’s surreal.”

Hamilton grew up in Johnston, South Carolina, a long way from any goals of playing in a Super Bowl. He played high school football in the shadow of his oldest brother, Jakar Hamilton, who also played at South Carolina State and had a stint in the NFL as a free safety for the Dallas Cowboys.

The brothers shared a close bond. Jakar Hamilton was considered a talented natural athlete. Watching his brother become so successful with football inspired Hamilton to become better, but he wasn’t always able to match all of his brother’s achievements.

“I’ve always walked in the shadow of my oldest brother,” Hamilton said. “He was supertalented, natural ability; he had it all. Any gene of being an athlete, he had it.”

As a high school senior, Jakar Hamilton scored 20 touchdowns and led Strom Thurmond High School to the South Carolina Class AAA state championship. Though they were teammates, Hamilton was a freshman who didn’t play much.

The snaps didn’t increase in the year that followed, and by the end of his junior season, Hamilton went to his high school coach Lee Sawyer and told him he wasn’t going to focus on football anymore.

“I had the athletic ability and all, but I was overshadowed by the simple fact of my size. My junior year in high school, I was 5-6, 5-7 and 112 pounds,” Hamilton said.

He was tired of being overlooked. Years later, Sawyer still remembers the frustration Hamilton expressed during that conversation.

“He asked could he talk to me in my office and he looked me in my eyes and said, ‘Coach, I don’t think I’m going to play anymore. I’m not any good, I’m wasting your time and I’m wasting my teammates’ time,’ ” Sawyer said.

Sawyer, now a 58-year-old retired football coach of 30 years, said in that moment he saw himself in Hamilton. Sawyer had given up football at an early age because he accepted that he was a late bloomer and was undersized.

“I was at a loss for words. I told him, ‘Antonio, you need to think about this, you don’t need to make this decision right now. You need to forget about being your brother. You’re not your brother. Be yourself,’ ” Sawyer said.

Hamilton was moved by Sawyer’s encouragement and it was enough to convince him to give football another try.

During the summer between his junior and senior seasons, Hamilton grew to 5-foot-11 and gained 30 pounds.

“I was just working. I had bought a curl bar and I would just be at home working late at night,” Hamilton said. “It was extremely difficult because I had carried a big chip on my shoulder. I never thought that I was sorry. I knew that I could run routes and catch. I just needed an opportunity.”

Hamilton’s perseverance allowed him to make big changes on the field, including improving his 40-yard dash from 5.2 seconds to 4.5 seconds as a wide receiver.

“I coached high school football for 30 years and I had never seen anything like it. That year in spring practice all of the coaches were looking at each other like, ‘Oh, my, what has happened?’ ” Sawyer said.

During his senior season, there were no meaningful scholarship offers. Sawyer sent Hamilton’s video to different colleges, but no one was interested except the University of Pikeville in Kentucky.

Pikeville offered Hamilton a partial scholarship. He attended the school in rural Kentucky, describing his time there as the greatest and worst experience of his life.

“God is real. I’ve went through some really dark nights when it came to me and sports. But God has always been there. Don’t worry about any of the accolades, you have to have a vision,” Hamilton said. “If you see yourself believing when nobody else does, keep believing. Stay the course and always congratulate those in front of you.”

He said attending Pikeville gave him a sense of humility while adding extra fuel to his fire to excel. His first day at Pikeville, Hamilton realized the only Black people on campus were the ones who played on the team. He said he and his mom went to Walmart, where an older white couple called him a racial slur.

Because of the uncomfortable environment, Hamilton decided to transfer as a walk-on to South Carolina State, with his older brother. He had to sit out for a season due to NCAA rules, but he used his time to work out and prepare for his return to the field.

“Late at night I couldn’t sleep. I would go into the weight room and I would lift weights all night long at 2 and 3 o’clock in the morning, by myself. I would lift until I could almost barely walk. I never had anybody pushing me. I’ve always trained myself,” Hamilton said.

During his time at South Carolina State, Hamilton switched from wide receiver to safety and then to cornerback. He said the transition was difficult but he was naturally good at it. Pough also recognized how quickly Hamilton adapted.

“We sometimes are victims of doing what comes naturally. His brother was a defensive back, so we thought he could be one, too. Once we stuck him on defense, he was probably the best player we had,” Pough said.

Hamilton had excelled at South Carolina State, playing for three seasons in 33 games, collecting 73 tackles, one sack and four interceptions. However, he didn’t get put on scholarship until after his junior year.

After graduating, Hamilton went undrafted in 2016 and signed with the Oakland Raiders, where he collected 15 tackles in two seasons. After parting with the Raiders, Hamilton played with the New York Giants before signing with Kansas City.

Pough, in his 19th season as the Bulldogs’ head coach, said he’s now used to seeing South Carolina State players in the NFL. In last season’s Super Bowl, rookie defensive back Alex Brown was on the Chiefs’ roster. Brown isn’t active for Sunday’s game because he’s on injured reserve.

“We teach them how to play the game correctly, and we work them pretty hard as far as the development of their skills and physical development,” Pough said. “We have good strength and conditioning coaches, so all the players buy into working hard, and from that point it translates to what the game is all about.”

The coaches in Hamilton’s life still are among his biggest supporters.

“It means the world to me to see him,” Sawyer said. “If I’m around some buddies, I let them know we have to watch the Chiefs in 15 minutes. It’s pretty overwhelming that I had a small part in his life. I’ve coached great players and great people, but that’s one that just sticks out.”

All the work is paying off for Hamilton and he isn’t going to forget anyone who helped him get here.