Kara Lawson is all-in as Duke’s women’s basketball coach: ‘I understand the stakes’

A nine-hour drive can be an opportunity to reflect. It can also be a long and tedious journey. But for Kara Lawson — who was driving from the NBA bubble in Orlando, Florida, to the campus of Duke University in Durham, North Carolina — it was neither.

“I’ve been on the phone the whole time,” Lawson said while on the road five days after being named Duke’s women’s basketball coach.

Even after stopping at a Chipotle in South Carolina to grab a bite and take a breath, her phone rang again as soon as she started up her car.

“I’ve got a recruit’s mom calling me right now,” Lawson said. “This is what it’s like.”

When the news broke inside the NBA bubble on July 12 announcing Lawson as the fifth women’s basketball head coach in Duke history — a hiring process that began while she was quarantining in her hotel room as an assistant coach for the Boston Celtics — she couldn’t go anywhere without being stopped. NBA players and general managers yelled congratulations. Coaches sent their well-wishes. Former Duke players shouted, “We’re rooting for you, coach!” And the Celtics organization threw Lawson a celebration all dressed in Duke women’s basketball T-shirts.

It’s been an emotional few days for me. And, while I couldn't be more excited for the opportunity in front of me at Duke University, I would be remiss if I didn’t talk about the team I’m leaving behind. These men have changed my life. (1/3) pic.twitter.com/zALBSwvkGH

It won’t slow down for the 39-year-old Lawson anytime soon. In the coming weeks, the former WNBA star will fill out her coaching staff and begin to navigate the new world of recruiting during a pandemic. Not that she’s complaining. She’s embracing every minute of it.

That’s why she needs to take and make these calls. That’s why she has no time to bask in the latest accomplishment of her decorated career. There’s a lot on the line.

Lawson not only signed up to restore one of the most storied programs in women’s college basketball, but she did so as the first Black basketball head coach in Duke history.

During the 2019-20 college basketball season, there were just 10 Black head coaches in the Power 5. In the months following the shortened season, three out of the four coaching vacancies in the Power 5 have been filled by Black women: Niele Ivey at Notre Dame, Nikki McCray-Penson at Mississippi State and now Lawson at Duke.

In short, these opportunities haven’t come around often in the top conferences in the sport.

At Duke, the recruitment of Lawson was led by King, who, notably, is the first woman of color to lead a head-coach search committee at the university.

“It is rare to have a minority woman in a real decision-making role in a Power 5 athletics department,” said Lawson. “Hopefully it’s something that won’t be as rare as we continue to go on.” 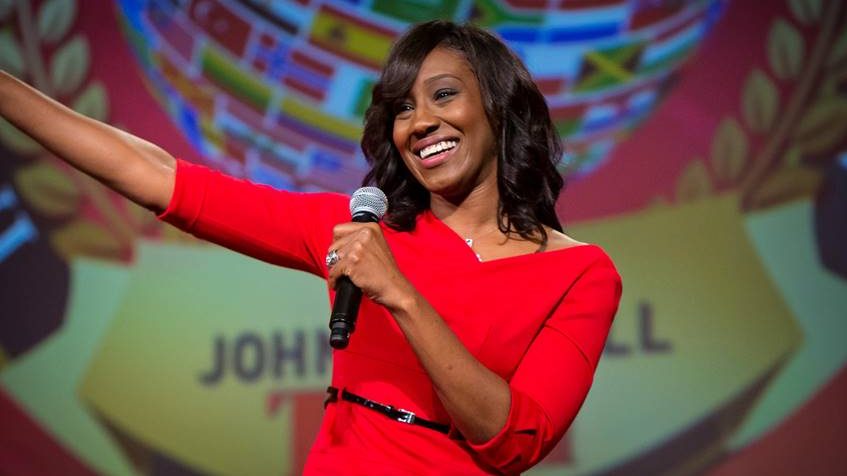 Legette-Jack got her opportunity with Buffalo after Anucha Browne Sanders, who was an associate athletic director at the school, pushed for her to get an interview. Legette-Jack now holds the record for most career wins in school history.

“It’s no different than a white AD, composing a list of people that look like him,” said South Carolina head coach and coach of the year Dawn Staley, who is working on plans to help diversify the university’s athletics department. “If there are more women of color that were hiring at the Power 5 level, you would have more women of color coaching Power 5 teams.”

King had learned from Duke athletic director Kevin White to always have a handful of names in her back pocket should a high-profile position open up. She had tracked rising talents in the coaching game. And she had spent enough time around Duke’s women’s program to understand which candidates could fit the identity of the team.

So when head coach Joanne P. McCallie announced on July 2 that she’d be resigning from her position despite having a year left on her contract, King wasn’t caught flat-footed. Quite the opposite. Led by King, Duke completed its hiring process in 10 days.

While King wouldn’t disclose the racial makeup of either the initial 20-plus candidates or six finalists for the Duke position, she labeled the pool as diverse and was proud of the selection of Lawson.

“Kara is a relationship person,” King said. “Everyone that we talked to praised her ability to connect in a meaningful way with players, colleagues – she connects with everyone around her. I felt that instantly when I had conversations with Kara.”

During Lawson’s introductory news conference, King acknowledged the significance of leading the hiring process as a woman of color. Though she said hiring a Black coach wasn’t part of the criteria, the chance to add diversity to the Duke athletics department was something worth embracing.

In recent months, King said the athletics department has spoken with its Black students across sports at the university, with many expressing the need for more Black coaches. Lawson became Duke’s third Black coach across its 27 sports.

King said no current Duke women’s basketball player specifically stated they wanted the next coach to be Black, but she believes it was desired among the group that is composed mostly of Black women.

“I’m happy that we could do this for those young women,” King said. “Coaches have a responsibility to mentor these student-athletes beyond the court and the field. Who better to mentor a majority-Black group of young women than Kara Lawson?”

All it takes is one quick scroll of Lawson’s Instagram page to grasp the depth of experience she’s bringing to Durham.

There are recent posts of Lawson, the first female assistant in Celtics history, giving one-on-one instruction to Marcus Smart and Gordon Hayward. Another post shows Lawson in her University of Tennessee white and orange, highlighting her four years as a point guard under legendary coach Pat Summitt before becoming a WNBA All-Star and champion. Another post shows Lawson taking a picture with the 2020 WNBA No. 1 draft pick Sabrina Ionescu, No. 8 pick Ruthy Hebard as well as UConn standouts Christyn Williams and Olivia Nelson-Ododa after coaching her 3-on-3 USA Basketball team to a gold medal in Lima, Peru.

“Kara has been a coach all of her life,” said Staley, who played against Lawson and also coached her on the 2008 U.S. Olympic team. “Whether she was playing at Tennessee or playing on the Olympic team. As a commentator, you’re coaching the audience. Why not check off another box and coach at this level?”

What Lawson inherits in Durham is a program that once ruled the Atlantic Coast Conference, but in recent years has failed to return to form. It’s a program that has produced tremendous talents, from WNBA standout Alana Beard to 2007 No. 1 overall draft pick Lindsey Harding to current All-Stars such as Chelsea Gray, Elizabeth Williams and Jasmine Thomas.

From 1998 to 2013, the Blue Devils made 11 Elite Eights, four Final Fours and had two national championship appearances. Since then, however, the team hasn’t reached the Elite Eight once.

King said Lawson’s “infusion of new energy and vision” is what’s needed to restore the program to its standout ways.

It’s a tall task for the first-year college basketball head coach, but managing outside pressures is nothing new to Lawson.

When Lawson was growing up as a young basketball star in Alexandria, Virginia, her dad, who passed away in 2017, shared insight that has gone on to impact her professional journey.

He told her, “If you want to achieve at a high level, then you have to understand that that is going to come with some inherent pressures.”

For Lawson, being able to handle those challenges while putting forth her best product is top of mind. She understands how powerful it will be for Black players and fans to see her roaming the sideline of Cameron Indoor Stadium. How powerful it will be for the Durham community and the state of North Carolina. That said, she’s more focused on the job at hand, knowing that performing well on the court is what can lead to further change in the game.

“If I can do a good job,” Lawson said, “then I’ll be able to help more people and inspire more people than if I’m still worried about all the people I have the opportunity to inspire.”

In other words, she’s ready to answer the call.