Kareem Abdul-Jabbar lets go of his past — and talks LeBron James, Eric Reid and his own legacy

LOS ANGELES — A DJ, strategically placed on a UCLA patio, provides a soundtrack for a perfect Southern California afternoon. And tucked within the J.D. Morgan Center Hall of Fame’s press room is Westwood’s most famous alum. A man who can make a serious claim to being the greatest high school, college and professional basketball player. And though he doesn’t subscribe to the term “GOAT,” he is one of an exclusive class of ballplayers who qualify for being one of the greatest, if not the greatest, of all time.

Kareem Of The Crop

Kareem Abdul-Jabbar awaits the last interview on this day’s marathon schedule. The six-time MVP retired nearly 30 years ago, and seeing him at 71 stretch his body to keep his joints loose — it only makes sense. And as far as press runs? They’ve been a regular part of his life since he was a teenager.

Today’s agenda: Via Goldin Auctions, Abdul-Jabbar is auctioning off a mountain’s worth of memorabilia he’s acquired over the course of his career. There’s stuff from his Lew Alcindor Bruin days, when he was a three-time NCAA champion, three-time consensus All-American and Naismith Award recipient. And there is an embarrassment of riches from his 20-year voyage to NBA immortality: championship rings, MVP trophies, nets, game-worn regular-season and All-Star Game jerseys, and more.

“We’re ignoring people that we shouldn’t ignore. We gotta learn how to change that.”

“There’s a whole lot for people who are into hoops,” says basketball’s all-time leading scorer. Bidding on many of the items will start at no less than $10,000. A king’s ransom for basketball royalty.

Often, when former players auction off memorabilia, there’s worry that things have turned a bad corner: This guy must be strapped for cash. Maybe he or she mismanaged money. This is not the case with Abdul-Jabbar. He says that a significant portion of the proceeds will support his Skyhook Foundation, which creates science, technology, engineering and math (STEM) opportunities for underserved communities. Whatever’s left? “For me,” he says, “personally.”

Historically, Abdul-Jabbar has been painted as a mercurial giant — and one who doesn’t particularly rock with the media. And even though he is now an official part of the media, the description still might hold. The reality of how reserved he once was should always be couched in the reality of who he is and what he represented: an incredibly talented black man with a Muslim name who was willing to be outspoken in a country that prefers — better yet, demands — that its black athletes shut up and [insert athletic action]. And Abdul-Jabbar was covered by a media that didn’t look anything like him and rarely even feigned an understanding of the roots of any animosity that might have burned inside him.

Abdul-Jabbar trails the microphone underneath his sweater to attach it to the neckline. He’s not new to this. Ask him anything and he’ll answer. Just maybe not the way you’d think. And, as it was during his playing career, this is Abdul-Jabbar’s court. One is lucky to share it with him.

Why was it important to auction so many items that are so personal to you?

I’m trying to … do something that will enable me to keep my foundation running and not have to go from hand to mouth with regard to financial support. These are things that have a lot of significance for me … and they have a lot of cachet because the NBA is very popular now. Having a piece of NBA history is something a lot of people enjoy having.

Last month you told ESPN it isn’t hard to part ways with a lot of these items. “I’m not a museum,” you said. But what’s the hardest item to part with?

Jeez. There were a number of things that were very difficult to part with. Some of the stuff from my early sports career, when I had no hopes of being a professional basketball player. Some of this stuff is from little league. That’s near and dear to me. I think my very first sports trophy was a medal for swimming (smiles) … those types of things. But the reason I’m working with Goldin Auctions is because they do such great things with setting things up. It’s a good experience for people who are interested. You should get on your p’s and q’s because the auction is over Oct. 27.

What’s one item you could never see yourself parting with?

I have a few things, but they’re all more personal … than NBA stuff. There is one NBA trophy I’m keeping. And maybe one or two other things.

What do you hope these items ultimately symbolize to the people who end up with them?

I hope the people that end up purchasing my stuff realize they have something from the all-time leading scorer of the NBA. As such, that puts it in totally unique company. There’s only one person that can claim that — and that’s me. That makes it very special.

High-profile arrivals to Los Angeles are nothing new. For Abdul-Jabbar, in the summer of 1975, his came via a trade request from Milwaukee. He’d won his first of six NBA titles there, as well as three of his six MVP trophies. But it wasn’t just about basketball. “I’m not criticizing the people here,” Abdul-Jabbar, then 28, said. “But Milwaukee is not what I’m all about. The things I relate to aren’t in Milwaukee.”

He initially wanted to go home to New York. But Los Angeles made the stronger pitch, and there he was in the city where he’d become a nationwide phenom under UCLA head coach John Wooden. Forty-three years later, Abdul-Jabbar welcomes another illustrious debut to the City of Angels.

LeBron James arrives in Los Angeles five years older than Abdul-Jabbar was when he arrived. Much like Abdul-Jabbar, though, he’s the game’s biggest star. James has the biggest voice not just in his sport but arguably in any sport, and he’s in the aforementioned class of the game’s greatest players. He’s an Abdul-Jabbar descendant not just in terms of on-court dominance but also off-court statesmanship.

He’s only been a Laker for three months, and he’s gearing up for his regular-season debut. But what has impressed you the most about LeBron and the energy he’s brought not only to the team and this city but the culture as a whole?

One of the things that impresses me about LeBron is the fact that he’s more than just an athlete. What he did with that school in his hometown of Akron, Ohio — he’s gonna take care of that school and send the kids to college if they qualify. That’s the type of thing you want in a citizen of your community. The Lakers are incredibly fortunate to have LeBron. He’ll be doing more wonderful things for the young people here in Southern California also.

How much different is Los Angeles when there’s a buzz about the Lakers?

The Lakers are shared by L.A. sports fans. And L.A. sports fans are a very diverse bunch. … That’s great for the city of Los Angeles. I just hope it continues. I remember a couple of times when we won the championship and we had our parade and … you’d see ‘world championship’ spelled in a couple of different languages in stores as we went through downtown. That’s what I mean when talking about bringing a whole city together. People from all different descriptions are Laker fans. And when the Lakers do well, we feel good about each other.

Abdul-Jabbar’s post-basketball résumé is a potluck. Author. Columnist. Actor. Pop culture critic. Philanthropist. Civil and human rights activist. Presidential Medal of Freedom recipient. Recently, Abdul-Jabbar had added another word to his repertoire: screenwriter. He’s taking his talents to Neptune. As in Neptune, California, for the Veronica Mars reboot coming to Hulu in 2019. Adding new tricks to the bag doesn’t come with an age limit. As Abdul-Jabbar says, ‘Why not?’

Vanity Fair says you’re on a mission to have “the most varied post-NBA career of all time.” What’s it like for you on the road to Veronica Mars’ screenwriting team?

Rob Thomas wrote the original Veronica Mars story. And I’ve read some of his writing. He did a book called Slave Day [1997]. It was about a high school that used the Greek system of slavery to raise school spirit. Then I kinda compared it to slavery in the U.S. Rob appreciated the fact that I quoted his book. He noticed it and [we] just started to communicate. It ended up where Rob had read some of the things I’d written, and he enjoyed them. He wanted to give me an opportunity to learn screenwriting for both myself and my [writing] partner-in-crime Raymond Obstfeld. It’s very … important to see how a show comes together. And that’s gonna help me as I continue to write and hopefully produce things for the screen.

At 21, Abdul-Jabbar sat alongside Bill Russell, Jim Brown and Muhammad Ali in June 1967 at the legendary Cleveland Summit to support Ali’s refusal to fight in Vietnam. A half-century later, he remains a voice of protest, reason and defiance. And as the lines between sports, politics and culture become even more indistinguishable, Abdul-Jabbar is both inspired and bothered by what he sees.

We just celebrated the 50th anniversary of John Carlos and Tommie Smith raising their fists in Mexico City. How much did it mean to you to see Eric Reid sign with the Carolina Panthers, given his alignment with former teammate Colin Kaepernick?

I was glad to see that Eric persevered and continued to have the ability to hold down his job the way he wants to hold it down. I know that must make him feel good. I think it’s showing some maturity on the part of the NFL that they’ve got to get over this. No one is trying to destroy the NFL.

You sat beside Jim Brown in June 1967. What were your thoughts when you saw him visit the White House last week to meet with Donald Trump alongside Kanye West? 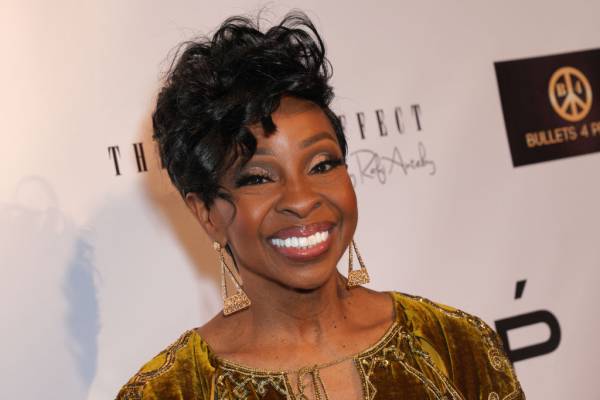 Well, I knew that Mr. Brown had talked to our president at least like two years ago right after he got elected. So they have some communication. Some line of communication is open. (Pauses.) But maybe you should ask Mr. Brown about that. I don’t want to put words in his mouth.

Looking at sports and society at large, what do you see as the biggest advancements and disappointments?

It’s a lot easier to communicate with everybody. Whether it be social media or just the information age, that’s a plus. The negatives have to do with we’re not using all this ability to communicate in the right way. We’re ignoring people that we shouldn’t ignore. We gotta learn how to change that.