‘It’s important to accept who you are’

Karrueche Tran, the 29-year-old Wilhelmina model-turned-actress, is more than just a pretty face. She has a hustler mentality that doesn’t get comfortable doing the same ol’ two-step. Tran’s early jobs, from a personal shopper at Nordstrom’s to studying graphic design in college to freelancing as a fashion assistant, illustrate the theme of her resume: “What’s next?”

Now starring alongside Niecy Nash in TNT’s comedy-drama Claws, Tran plays Virginia Loc, a stripper-turned-manicurist who is full of sass and immature attitude, which gets put in check time and time again.

But don’t let that description deter you. Yes, Virginia is unapologetic about getting that paper, but she’s a complex character with many layers that are peeled back for viewers to witness every Sunday night.

“I’m usually cast as the girl next door or girlfriend, but underneath the overly trendy Virginia, there’s an interesting backstory,” Tran said. “I saw so much potential playing Virginia. I was able to really craft her character as well as expand myself as an artist.”

Although known to many as singer Chris Brown’s ex-girlfriend, Tran has paved her own way. With any journey there are times when one can feel lost or face walls that need climbing. This has been the case for the Vietnamese/African-American actor.

“Like a rose, women are beautiful creations with strength that protects us like the thorns on a stem,” Tran wrote on Instagram to promote her most recent makeup collection, Fem Rosa, but it’s also a phrase that has meaning for how she goes about life.

At a workout session with her personal trainer Mario Guevara, the Los Angeles native talked about acting, overcoming insecurities, dealing with the pressures of Hollywood, and her favorite emoji.

How has it been working on Claws?

It’s the biggest production that I’ve been a part of, and I’m so excited that we’ve been renewed for a second season and I get to work with my girls [Nash, Jenn Lyon, Carrie Preston and Judy Reyes] again. I’ve been able to grow with my character and add what I know she would say or wouldn’t say. 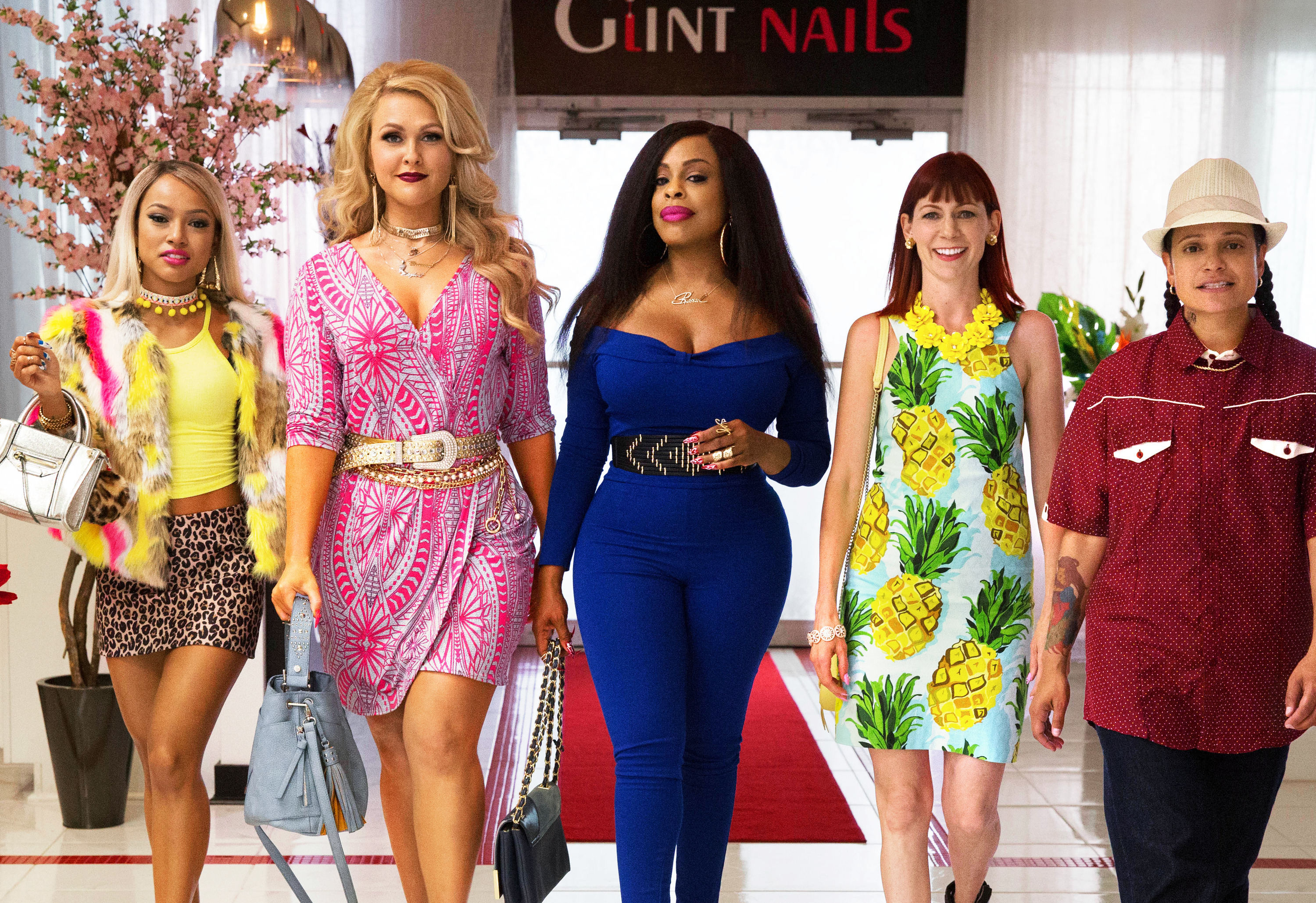 How did you get into acting?

I was at a point of my life where I was like, ‘What’s next?’ My manager suggested that I try acting. I’m the kind of person who has to try it out first before making a decision to pursue it or not, so I tried it and I liked it. I felt something and continued at it. I got small roles here and there, and it finally got me to Claws.

What’s the meaning behind your favorite tattoos?

One of my favorite tattoos is [the one on my forearm that reads] ‘the past is practice.’ You can always learn from your past mistakes to help you move forward in life. But there is no explanation for my zipper tattoo [on the back of my leg]. It’s not zipping down my life or anything; I just wanted something down my leg and I thought it looked hot, ha!

Have you ever played sports?

I tried out for softball once, and that was a disaster! I never was the athletic type, which made me more interested in working out. I’ve always been thin, so exercising helped me build muscle and tone up since I wasn’t able to do that from playing a sport.

How has your trainer personalized your workouts?

I want to stay fit, but I also want to gain weight. Mario helps me find that medium between trying to get thick and still staying fit. He does that by helping me build muscle in a way that keeps me lean and toned.

What are your favorite cheat foods?

I love carbs like pasta and breads. I’m a foodie, so I really love everything. I’ve been into burgers lately, and when I was in Miami, I went to Soho [Beach] House. They have the best dirty burger. It’s so good!

When I was in New Orleans shooting Claws, I had stopped eating pork and red meat. I wanted to eat a little cleaner and be healthier, but then I was getting a little too thin. I have a small frame, so I don’t want to be too skinny. I still want muscles, so I need the carbohydrates to give me energy to lift weights.

How have you dealt with the pressures of Hollywood to look a certain way?

With a lot of my followers being young women, I try to be very positive and empowering. At times, I feel people don’t know how to be nice and genuine. I’m 29, and I can only imagine how insecure I may have been if Instagram was around when I was growing up. There are so many gorgeous women posting perfect-life pictures. Some are real [moments], but some aren’t. They play into the perception of perfection that’s not always reality. It’s important to accept who you are.

What insecurities have you had to overcome?

My body. Being so small and seeing so many curvy women out there, I had to really look at my worth and realize that I’m OK with how I look and who I am. Nobody is perfect, and we all have insecurities. I reminded myself not to get too consumed and stuck within my insecurity of looking a certain way. If you allow it to take over your mind, you’ll possess those negative vibes. When you have that negativity, it weighs you down and then spills everywhere in your life. It’s not easy with social media, but we can overcome it.

What’s your advice to people who want to give up?

There were times I felt lost and wanted to give up, even with acting, but there would be something inside me pushing me to continue. So many times we want to give up because it becomes too stressful. Life is not meant to be easy [all of the time]. We’re supposed to go through these ups and downs to find that light at the end of the tunnel.

What’s the first concert you went to?

A Beyoncé concert when I was in high school. I think it was for her Crazy in Love album.

The middle finger and the rolling eye emojis.

If we opened your refrigerator, what would we find?

Sparkling water, a carton of eggs and orange juice. That’s seriously all I have in there right now, ha!

The season finale of Claws aired Sunday on TNT.

Gianina Thompson is a contributing writer for The Undefeated. Since grabbing kicks for Allen Iverson back when she was a 16-year-old Foot Locker sales associate, being part of how sports meshes with entertainment and impacts culture has been a driving force for her ever since.