OAKLAND, Calif. — It was just last round that Golden State Warriors star Kevin Durant boasted, “I’m Kevin Durant. You know who I am.” Those comments came in the aftermath of a shocking Game 2 loss to the Los Angeles Clippers in which Warriors coach Steve Kerr said KD needed to attempt more than only eight field goals.

With the way Durant has scored at will in the playoffs since then, there is certainly no shadow of a doubt about who he is right now.

“He’s the most skilled basketball player on earth,” said Kerr, who happened to play with someone by the name of Michael Jordan. 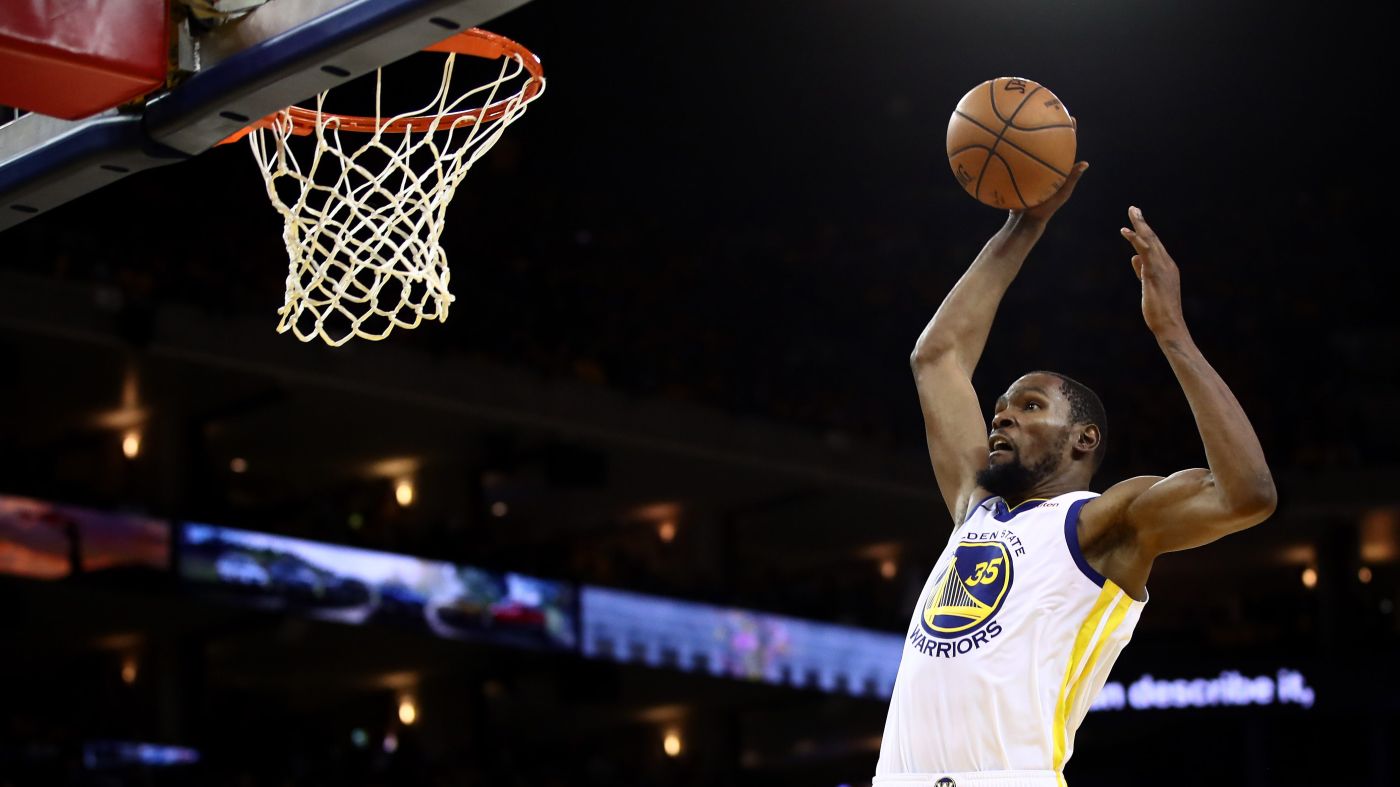 Durant has averaged 40.2 points per game on 24.2 shots and 78.2 touches over the past five playoff contests, according to Sports Spectrum. The 10-time All-Star scored a playoff career-high 50 points in a deciding Game 6 win against the Clippers on April 26, surpassing his previous career high of 45 a game earlier.

Durant has scored at least 30 points in each of his past five playoff contests for the second time in his career with Golden State. The only other Warriors who surpassed that mark were two Hall of Famers: Wilt Chamberlain (1962) and Rick Barry (1967), who both had seven-game streaks of at least 30 points in playoff games.

“That’s crazy. Damn since ’62. I don’t even want to trip on that,” Durant told The Undefeated when made aware of the Chamberlain and Barry statistics. “Just to be up there in the same sentence with them is an honor. Professional and certified bucket-getters.”

In Round 1, Durant’s struggles during the first two contests were largely credited to the defense of Clippers guard Patrick Beverley, who is nearly a foot shorter. But while Durant respected Beverley’s determination, he was not going to bite on talk of a so-called David vs. Goliath rivalry.

“I felt a lot of people wanted to make a thing out of me and Patrick Beverley,” Durant told The Undefeated after the Warriors’ 104-100 win over the Houston Rockets in Game 1 on Sunday of a second-round series. “They wanted that rivalry. They wanted me to get into it with him. Why do I have to get into it with anybody? I just am who I am. I don’t do that. I play ball. I don’t get into all that extra s—. I was hoping that everyone already knew who I was because I don’t do that s—.

“I have a track record over the years that I don’t fight anybody. Go back and think about how I play. That was my whole thing. It wasn’t big-upping myself as a player. That isn’t my approach to the game. I don’t get into it with players. Don’t make it about me and him.”

“Nothing inspired me,” Durant said. “I’ve been the same way all season. Same old s—.”

Durant has now passed former Boston Celtics great Larry Bird for 11th place on the all-time playoff scoring list and is now 53 points from passing Dwyane Wade with 3,901 points. Durant is also the fourth player over the past 30 postseasons to score 200 points over a five-game span in a single year, joining Jordan, LeBron James and Allen Iverson.

And more importantly, he scored a game-high 35 points in the Game 1 win over the Rockets while being guarded by one of the league’s toughest wing defenders, P.J. Tucker. (Durant’s 32 career postseason games with 35 points or more ties Shaquille O’Neal for fifth place all-time.)

When a reporter asked how the Rockets can stop Durant, Rockets coach Mike D’Antoni responded by saying, “You need to email me and tell me because I don’t think anybody ever knows that, and he’s just shooting it over [people]. He’s one of the greatest players ever.”

Said Rockets guard Eric Gordon: “He has size over everybody. It’s not really normal to see a 7-footer who can dribble and really shoot it the way he can. All we can do is try to be as physical as we can. He’s going to score. You got to make him shoot as many tough shots as possible.”

There are a lot of elite scorers still remaining in the NBA playoffs: Golden State’s Stephen Curry and Klay Thompson, Houston’s James Harden, Milwaukee’s Giannis Antetokounmpo, Toronto’s Kawhi Leonard, Portland’s Damian Lillard, Boston’s Kyrie Irving and Philadelphia’s Joel Embiid, to name a few. Sitting atop all the NBA players still alive in the postseason is Durant at a clip of 35 points per game.

“I have been scoring and shooting shots my whole life,” Durant said. “It’s easy to focus on that. I’m just trying to be there for the team more and more. Focus on the little stuff.”