OAKLAND, Calif. — Kevin Durant is leaving the Golden State Warriors for the New York Knicks. … Durant will play with LeBron James in Los Angeles. … The Los Angeles Clippers will land KD. … There’s no way Kevin is coming back to the Warriors.

For those still speculating that Durant has already made a free-agency decision, the Warriors star has a message for you.

“Yo, just watch the game. Just focus on the game and stop nitpicking, because it is a beautiful game going on out there,” Durant told The Undefeated. “What can I do right now? I can’t sign a paper. I got to do the most important thing, and that is play. And that is what we should be focusing on.”

In early February, Durant ripped the media about constantly asking about his free agency. Although he understands the fascination with free agency, Durant told The Undefeated repeatedly after the Warriors’ 121-104 win over the Clippers in Game 1 on Saturday: He has not made a free-agent decision and won’t until July 1. 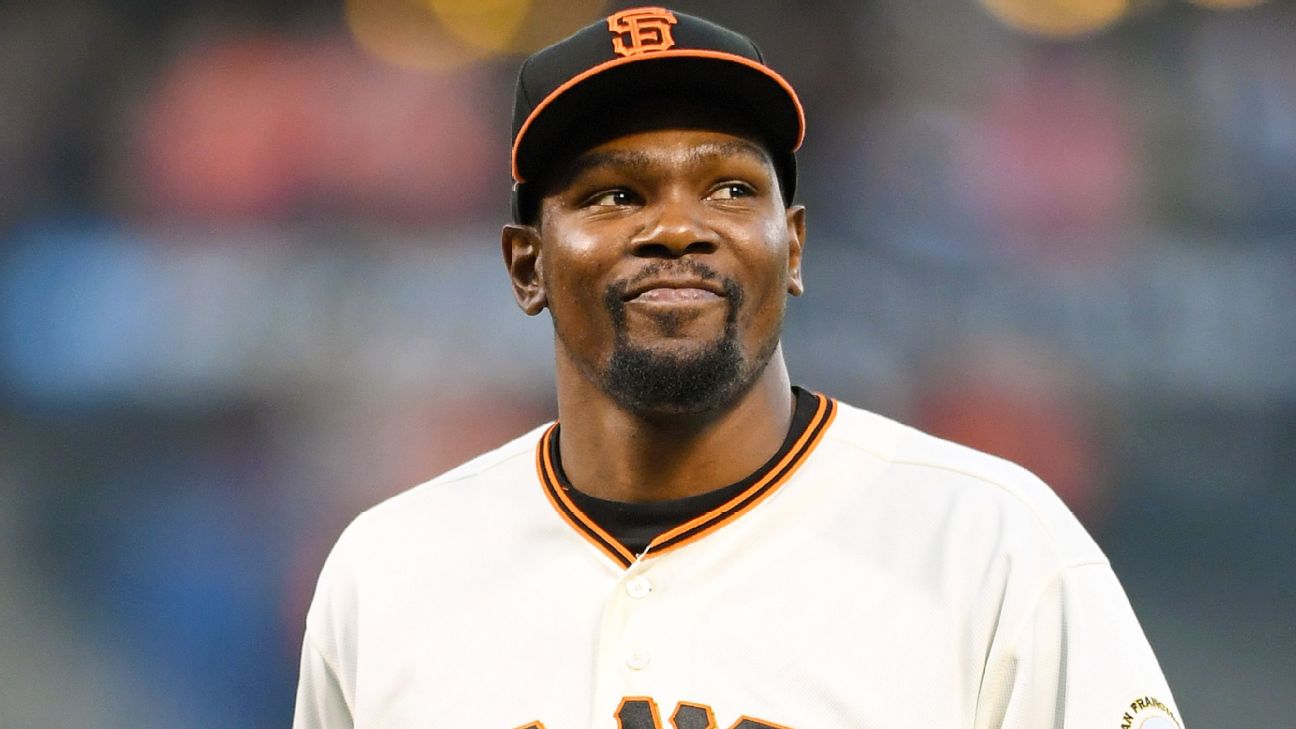 “Let’s appreciate what is going on, on the basketball court. I know it’s the sexy part of the NBA: free agency, trades, transactions. But it’s a beautiful game that we’re out here playing. I feel like I play a different and unique way that may inspire some people,” Durant said.

“You never know where you can get [inspiration] from. It’s always been my fight with people to focus on the basketball. That other stuff will take care of itself when time comes.”

Durant added that it would be disrespectful to his Warriors teammates to make a decision about his future during the playoffs.

“If I already made a decision, it would take away from the team, what we’re fighting for. Every play would be overshadowed by it,” Durant said. “It is not necessary for me to make a decision right now. It would be bad to do that. It would take the focus off of what is important. I would never want to put my teammates in a messed-up position. I want to forget about it.

“But it is still putting everybody in messed-up positions where everybody wants to know all the time, everybody is speculating and everybody is trying to get in my head and what I think about it.”

Durant, 30, will be the most coveted free agent this offseason for good reason. He has averaged 25.8 points per game during his three seasons with the Warriors. The 2014 league MVP has been key to the Warriors winning the last two championships, earning Finals MVP honors in both. Only five NBA teams have become three-peat champions, with the last being the Los Angeles Lakers from 2000-02.

Durant is focused on helping the Warriors become the sixth team to accomplish the feat.

“It would mean a lot to me to win a third title. But for Oakland, Oracle Arena, this whole atmosphere here, this is the last playoffs here, so we all have to embrace this and take this all in. It would be amazing,” Durant said.

Warriors All-Star guard Stephen Curry said he is focused on the same thing and that he’ll deal with re-recruiting Durant when the season is over.

“You love playing with great players and doing great things,” Curry told The Undefeated. “The shared experiences you have, the battles night in and night out … I have learned a lot from him in terms of work ethic, his pursuit of high-level basketball with all he has accomplished. That rubs off on you daily. …

“I don’t want to cheat this season and this journey. At the end of the day, we all respect each other.”

Durant felt the love from Warriors fans who chanted, “MVP, MVP!” while he was at the free throw line during Game 1 against the Clippers. After the game, he made a point to say Warriors fans have shown him love inside and outside of Oracle Arena throughout his time in Oakland. It is common to see a lot of No. 35 Warriors jerseys with Durant’s name on the back in Oracle Arena.

Even so, Durant still feels like he has to prove himself to Warriors fans nightly.

“I’m basically new compared to a couple of other guys,” Durant said. “It has taken the crowd a couple of years to get used to what I really, really do and get comfortable with what I’m doing. I get it. I wasn’t expecting anything from the fans. I feel like I had to come in and show that I deserve the love and the praise as a player. That has always been my thing no matter where I play. …

While Durant isn’t focused on where he’ll play next season, he told The Undefeated in December that he loves living in the Bay Area.

“It’s a place where you can blend in,” Durant said. “I always wanted to blend in and do my thing. I’ve lived in a couple places here in the Bay. Moving around and seeing the people here, I can relate to everybody here. When I drive around Oakland, I feel like I am in Maryland and D.C. Then when I go to the city [San Francisco], it feels like I am in the heart of Washington, D.C.

“It reminds me so much of home. That is what made me really comfortable, especially moving to San Francisco last year. It has made me comfortable because it’s the same style, same core life as back at home.”

Durant acknowledged that he hopes to have his No. 35 jersey retired in the rafters of the new Chase Center one day.

“Most definitely,” Durant said. “If you put a Durant ‘35’ jersey in any NBA arena coming from where I come from … that is why that stuff is important to me, because my family name will be here after I am dead. To have that hanging in the arena with one of the best franchises in sports, hell, yeah, that’s a goal.”

And while it’s likely wishing on a star, Durant’s more immediate goal is for everyone to focus on the same thing as he is: basketball.