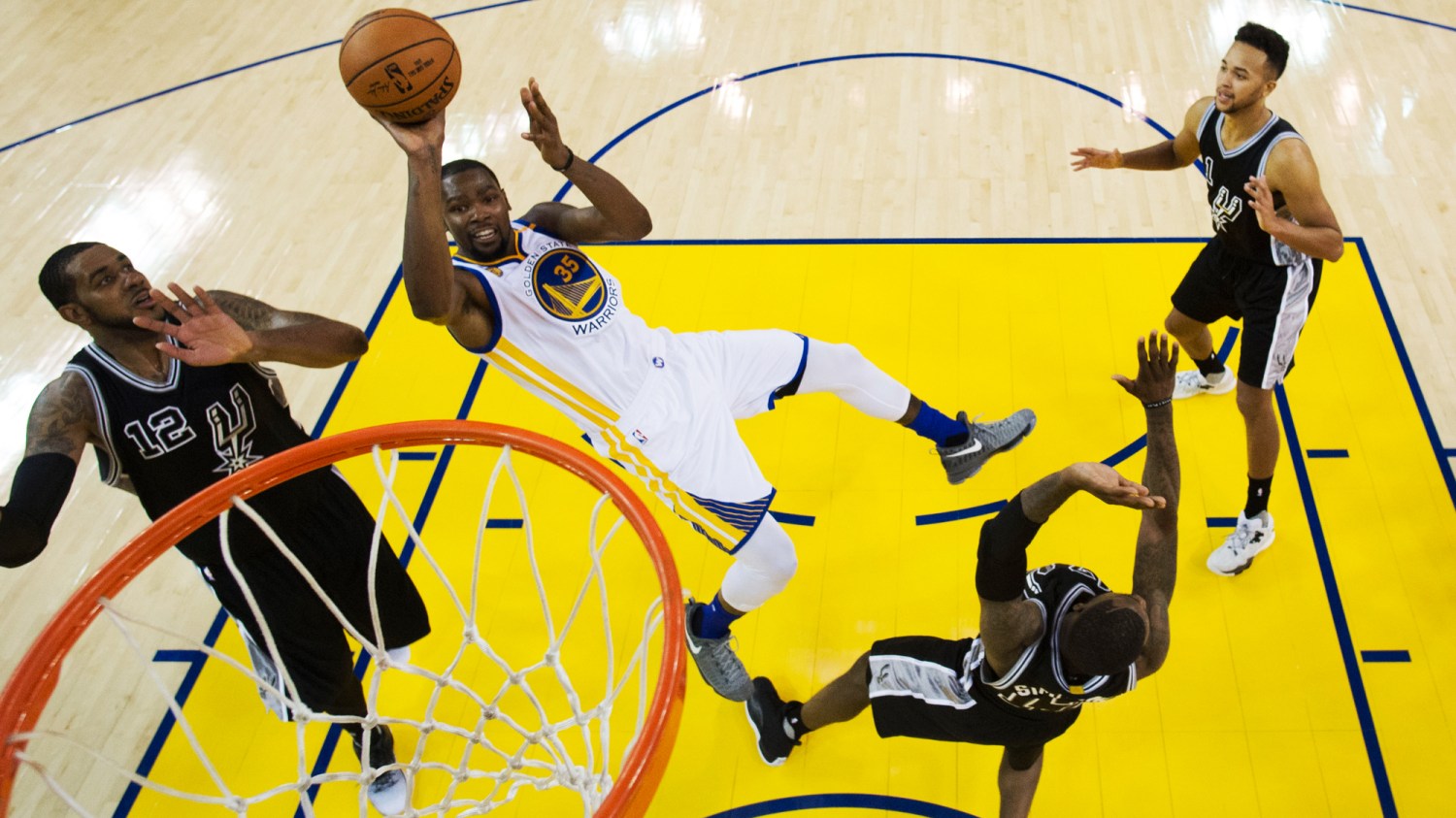 Kevin Durant stood in the hallway near the Golden State Warriors locker room nearly an hour after a forgettable debut with his new superteam. He had a simple message for a couple of his buddies.

“Eighty-one more, man,” he said after his team was hammered, 129-100, by the San Antonio Spurs in the season opener on Tuesday night.

Yes, it’s just one regular-season NBA game out of 82. There is lots of basketball left for the widely projected 2017 NBA champions with heavy pressure to boot. But it certainly was shocking for one of the most heralded teams on paper in the history of sports, not just the NBA, to get pummeled once the curtain was raised for the first time at Oracle Arena in Oakland, California.

LeBron James and the reigning NBA champion Cleveland Cavaliers have to be respected. But to add one of the top three players in the league to a team that blew a 3-1 NBA Finals lead with two-time NBA MVP Stephen Curry and two other All-Stars in Klay Thompson and Draymond Green, not to mention 2015 Finals MVP Andre Iguodala, is gluttonous. A championship trophy should be expected. Immense pressure is warranted.

“The Warriors are too damn good. I saw them play four times. They are unbeatable. I saw one preseason game when Klay was off and KD and Steph just easily took over the slack. They’re just too good offensively. One of the best offensive teams we will ever see,” he said.

Better than Magic Johnson and the “Showtime” Los Angeles Lakers?

“Yes, better than ‘Showtime,’ ” the scout said. “They have more shooters than that Lakers team did.”

There was no magic nor “Showtime” on this night for Durant and the Warriors. Actually, no time on the clock was the best thing that happened for Durant & Co. on this lackluster night that started with so much promise.

An anxious Durant worked out wearing a hoodie for about 10 minutes before the game and got a standing ovation from Warriors fans when it was over. His mother, Wanda Durant, rushed to her usual courtside seat before the introductions. Jay Z, whose agency Roc Nation Sports represents Durant, and his wife, singer Beyoncé, were fashionably late to the game, also sitting courtside.

“It’s the first game at home,” Durant said. “There’s a lot of energy in the building. It was a lot before the game. Guys might have been a little tense. But hey, that’s NBA basketball.”

Durant received just as loud of an ovation as Curry did during the pregame introductions. Then the game started. The NBA didn’t do the Warriors any favors by scheduling, of all teams, their focused Western Conference rival Spurs, on the first night. Tim Duncan is now retired and badly missed, but the small margin of error for victory was still the same under Spurs coach Gregg Popovich.

Durant received a strong cheer from Warriors fans after he made his first shot on a 15-foot turnaround jumper just 65 seconds into the contest to knot the game at 2-2. And after that, the Spurs ran like the Warriors were expected to, easily scoring between 31-33 points in every quarter.

Durant finished with a nice stat line of 27 points, 10 rebounds and four assists in 36 minutes, but the unintimidated Spurs won easily by 29. The Warriors were pounded on the boards, 55-35, and allowed 21 offensive rebounds and 50 percent 3-point shooting, while combining for a plus-minus of minus-29 as a team. Suddenly, former Warriors centers Andrew Bogut and Festus Ezeli were missed for their defense despite their major injury woes.

“It’s a slap in the face,” Durant said. “It woke us up a bit, and we’re looking forward to getting better.”

So much for the Warriors surpassing their NBA-best 24-game winning streak to open last season, or going 82-0. They’re human. Not machines. These Warriors looked more like the old Joe Barry Carroll, Antawn Jamison, Monta Ellis Warriors: fun to watch and capable of reaching 100 points, but still always routed. This night was so bad that Warriors coach Steve Kerr asked the media to tell him a joke to make him feel better afterward.

A new NBA Most Improved Player candidate Jonathon Simmons punctuated the statement in non-Spurs fashion by dunking all over new Warriors center JaVale McGee just before the buzzer. The typically robotic Spurs bench finally showed a pulse by celebrating Simmons’ slam like Fat Albert and The Cosby Kids afterward.

“You have to give them credit. They played well,” Durant said.

Better than “Showtime,” huh? After the game, the NBA scout remained steadfast with his grandiose but understandable prediction.

“They will be much better. But one glaring weakness that they better improve on is rebounding,” the NBA scout said.

The spotlight will not leave Durant and the Warriors this entire season. Every loss will be dissected and treated like Armageddon. That’s what happens when you add a future first-ballot Hall of Famer to an NBA team that has played in the last two Finals. The booing of Durant and the Warriors will begin in New Orleans come Friday night, and will likely be the loudest when visiting Durant’s old team in Oklahoma City in February.

You thought last season was tough for the Warriors? Welcome to the life of Durant and the Warriors.

Yes, it’s just one game. But every game from now until this season ends with champagne spraying or questions of whether Curry is staying is going to be a soap opera that even a TV mogul like James can’t take eyes away from. But perhaps through all the mayhem, Durant and the Warriors can grow through some adversity that they didn’t have until the playoffs during last season’s disappointment.

“We can’t panic. Obviously, it’s Game 1 of 82. But we definitely have to get better,” Durant said.