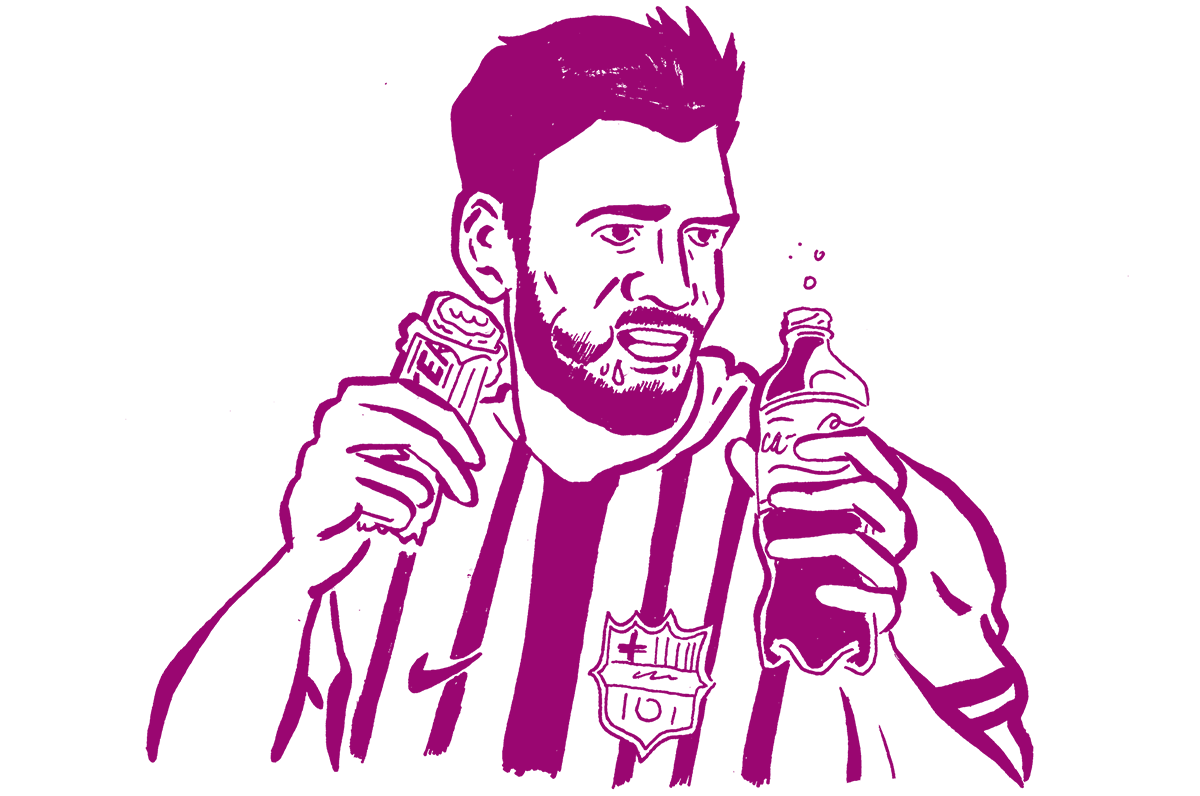 The father of Minnesota Vikings quarterback Kirk Cousins, embodying the spirit of Jay-Z, dissed the entire Washington Redskins organization without saying its name, telling a radio station that he’s thrilled that his son is “a part of an organization that, from every indication I get, is a healthy, well-led organization” and is “unified from top to bottom, everyone heading in the right direction, together.” Nevada men’s basketball coach Eric Musselman, who had his gimmick stolen by J.R. Smith after the 2016 NBA Finals, said he takes his shirt off after major victories because “I’ve got a very, very, very beautiful wife, and so I have no problem taking my shirt off with the camera around.” International soccer star Lionel Messi, one of the greatest athletes of all time, said he used to throw up on the pitch because he would eat “chocolates, fizzy drinks, and everything” before games. Cleveland Cavaliers guard Jordan Clarkson, disproving Randy Watson’s theory that the children are our future, believes that dinosaurs were the pets of “bigger people in the world before us.” LeBron James, who might have been one of those “bigger people,” once gained 7 pounds during an Eastern Conference finals game. Major League Baseball and the NBA, which have avoided President Donald Trump’s wrath so far, may have gotten it worse than the NFL because of a provision in the new tax law that could assess capital gains taxes every time a team trades a player. 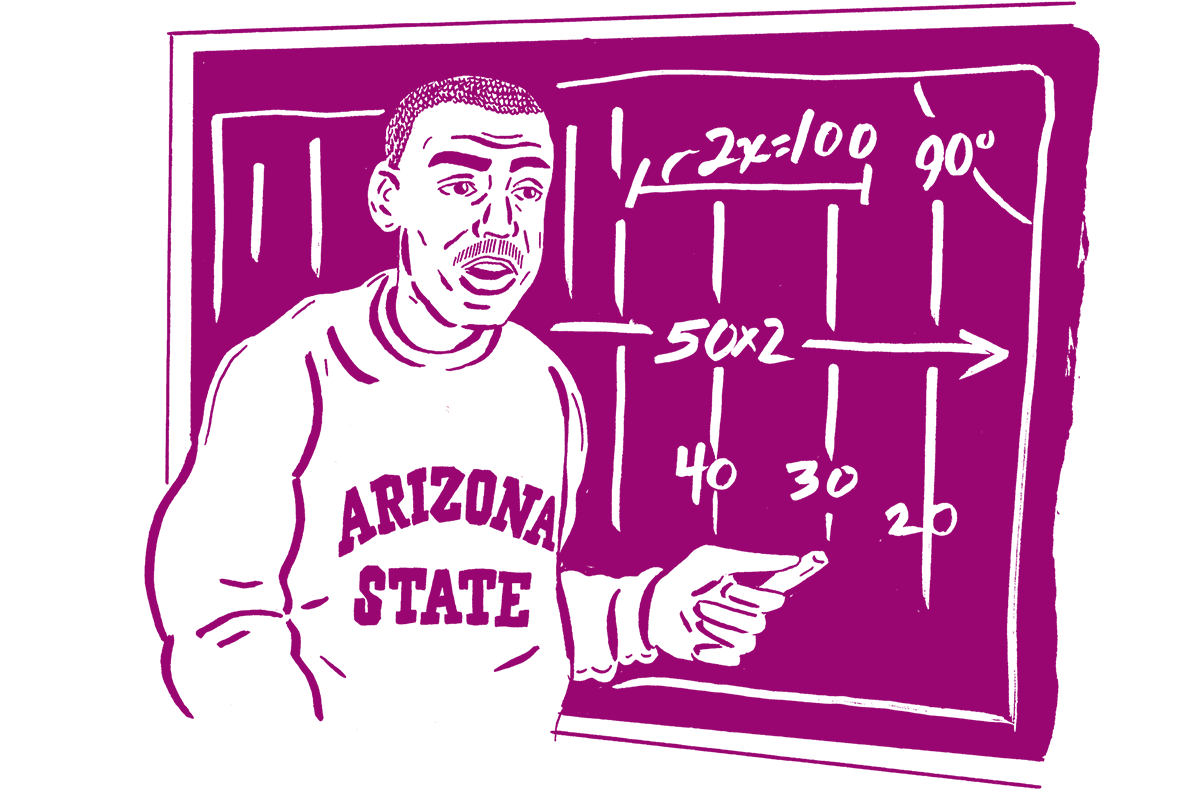 Despite falling NFL ratings, a tepid response to the revitalization of the XFL and the China Arena Football League being best known for its elaborate celebrations, the director of the XFL 30 for 30 documentary will launch his own football league after the 2019 Super Bowl. Because football is all about geometry when you really think about it, Arizona State football coach Herm Edwards, during a team meeting, quizzed his players on the dimensions of the football field. In a rematch that no one has given a single thought to ever, former ‘N Sync member Joey Fatone said if he and the rest of his bandmates played a game of basketball versus the Backstreet Boys, “we could probably kick their a–.” Recently hired Ole Miss men’s basketball coach Kermit Davis, forgetting that he is now in Mississippi — a state that, in its declaration of secession, called the emancipation of slaves a “blow at commerce and civilization” — said without prompting that the Rebels will “be a respectful team that respects the flag and the national anthem.” 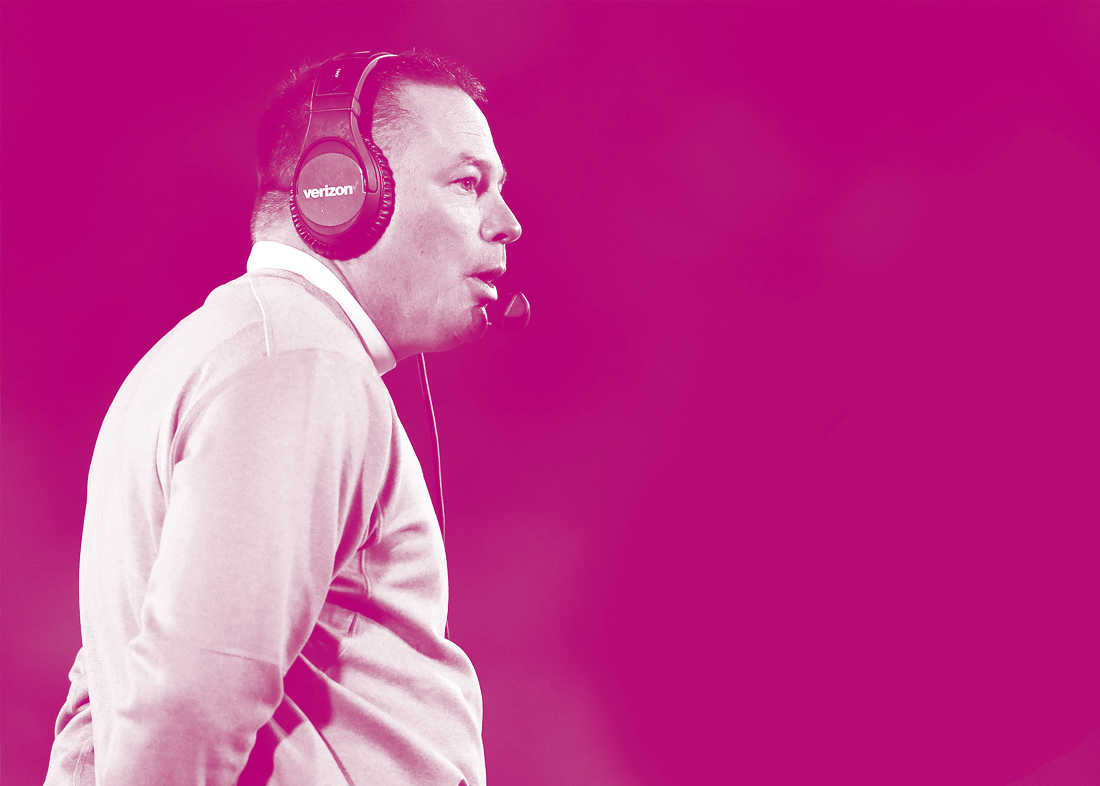 Former Tennessee football coach Butch Jones, the most controversial intern since that awful Vince Vaughn and Owen Wilson movie, was hired by Alabama as its newest offensive analyst — or as Crimson Tide head coach Nick Saban put it, “He’s an intern.” Golden State Warriors guard Klay Thompson, a Bay Area man of mystery, is contractually forbidden from skateboarding, can’t handle losing at the board game Risk and dedicated his series-changing Game 6 performance in the 2016 Western Conference finals to a dead dog. Denver Broncos pass rusher Von Miller, letting down every D.A.R.E. instructor he had in elementary school, wore a T-shirt that read “Drugs are my Life” while partying on a yacht in Miami. A former Atlanta Hawks employee, likely wanting us to forget about the team’s two most recent general managers making insensitive comments about African-Americans and a former owner who claimed black fans “scared away the whites,” is suing the franchise for promoting a “culture of discrimination against white individuals.” 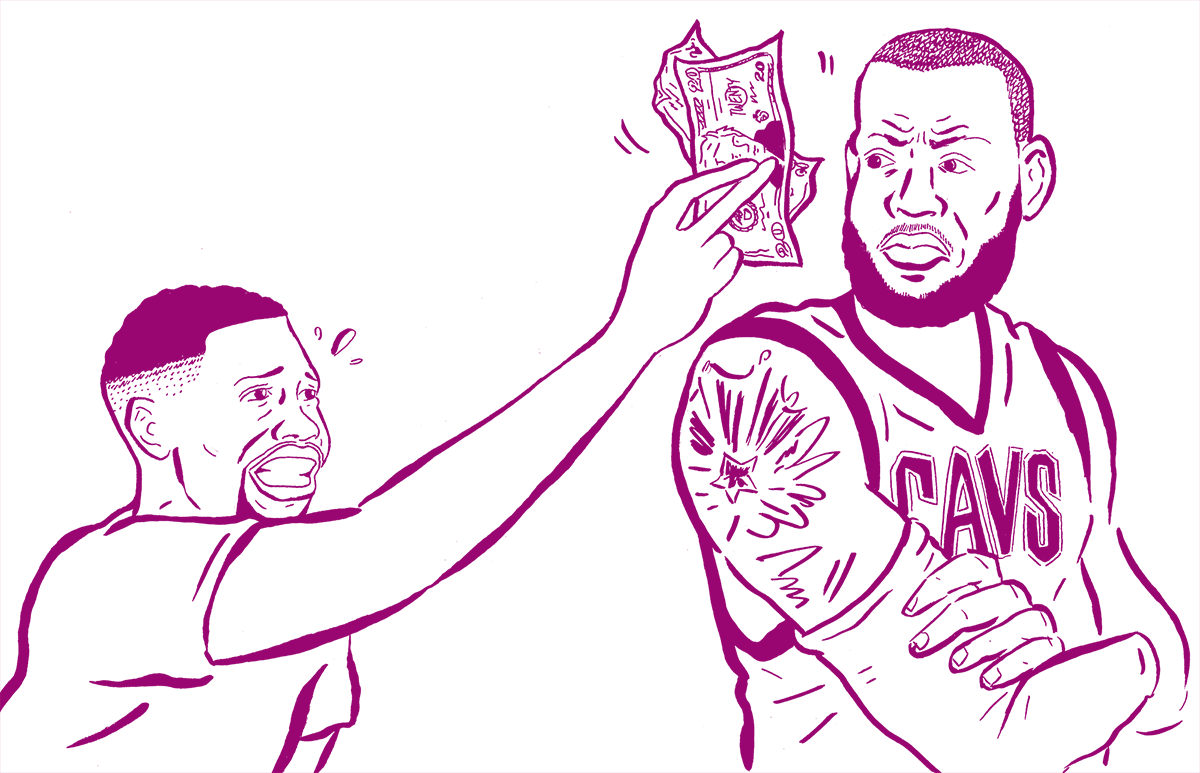 Actor Kevin Hart, last seen being blocked by NFL security from climbing atop the Philadelphia Eagles’ Super Bowl podium, tried his hand at basketball recently, being told to “kiss [my] a–” by LeBron James after Hart tried to recruit him with $40 to join his hometown Philadelphia 76ers. Former professional wrestler Terry Funk said a hypothetical fistfight between former Vice President Joe Biden and President Trump, who have been trading insults all week, would be a “very, very s—ty thing to watch,” and he would rather “get in the ring with those two a–h—s” if either are “looking for an a– kicking.” Chicago Bulls rookie forward Lauri Markkanen, who hails from Finland and should probably lose his job, said his goals for the final weeks of the season are to “finish strong and get better. Get it? Finnish?” Twelve real-life NFL teams sent representatives to San Diego to take in a workout of former Cleveland Browns quarterback Johnny Manziel; in unrelated news, Colin Kaepernick has publicly worked out for one team since March 2017. Once again proving that he can’t have nice things, Charlotte Hornets center Dwight Howard was suspended one game a day after posting just the second 30-point, 30-rebound game since the 1981-82 season.