Kings’ Alvin Gentry on testing positive for COVID-19: ‘I was nervous as heck’

Ten days before Christmas, Alvin Gentry woke up nervously to a phone call from the Sacramento Kings’ trainer at 6 a.m. A scratchy throat following a Kings road trip ended up being more than that as the interim head coach was told he tested positive for COVID-19.

Although vaccinated and boosted, being three years shy of 70 made him understandably more nervous.

“I took a PCR test and our trainer called me about 6 in the morning and said, ‘Hey, you’re positive,’ ” Gentry told The Undefeated. “Obviously, that’s a word you don’t want to hear when you’re talking about COVID … it’s positive? I was very nervous about it because of my age. Hey, other than Pop [Gregg Popovich, who is 72], I’m the oldest coach in the league. So you think, ‘Wow, I’m 67. I just tested positive. What is this going to do?’

“I was nervous as heck because everything about this when you’re my age puts you in a scary situation. ‘How am I going to react? What’s going to be the symptoms? How intense are the symptoms going to be?’ So all of those things right there get you into a situation where you go, ‘Wow.’ “

The majority of the 200 NBA players who have entered the NBA’s health and safety protocols this season due to COVID-19 did so in December after the arrival of the omicron variant in North America, ESPN’s Baxter Holmes previously reported. NBA stars such as Kevin Durant, LeBron James, James Harden, Kyrie Irving, Draymond Green, Jayson Tatum, Ja Morant and Trae Young have been quarantined this season, forcing teams to fill out rosters with scores of players with varying levels of experience. 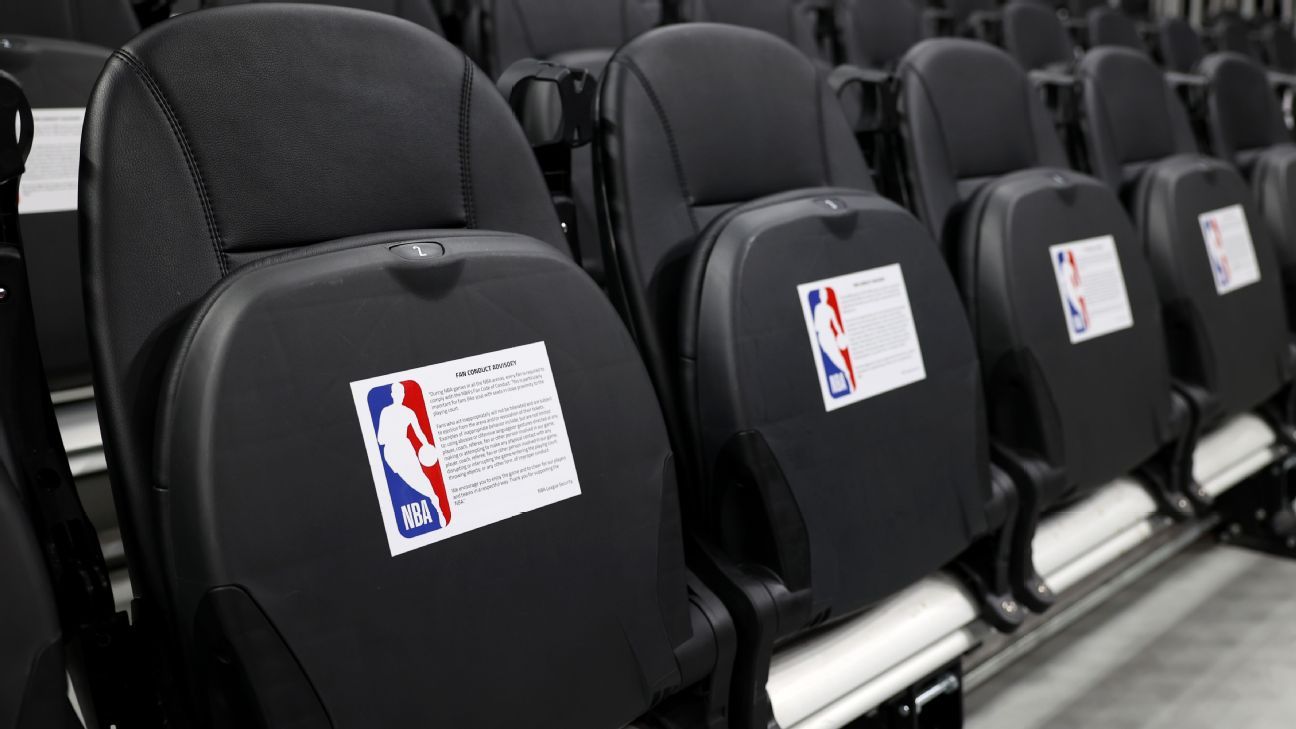 Gentry said that not long after he received his unfortunate news, ESPN’s Adrian Wojnarowski broke it publicly. Shortly after, his concerned sons, Ryan and Jack, both nervously called.

“The thing that’s tough is that, I got a call from my son [Jack] and he said, ‘Dad, I got an alert on Twitter that told me that you’re positive.’ And I said, ‘Yeah.’ They don’t give you an opportunity to call your family or anything. It just happens. But they just wanted to know I was OK. But it’s going around everywhere. I got [Jack] in isolation right now, he’s a manager at USC, for the USC basketball team. …

“I literally felt fine. I literally didn’t feel anything whatsoever other than a little sore throat.”

Making the timing even worse for Gentry was that he was just weeks into being the Kings’ interim head coach after Luke Walton was relieved of his duties after two-plus seasons.

“It is meaningful in that you have an opportunity to coach,” Gentry said. “But you would never want to do it under the circumstances that it happened, where a best friend loses his job and you benefit from it. I’ve been in so many situations where I’ve been on the other side of it. I’ve been on this side of it. And it’s not a great feeling. It wouldn’t be a great feeling for anyone considering the friendship that you would have with that person.” 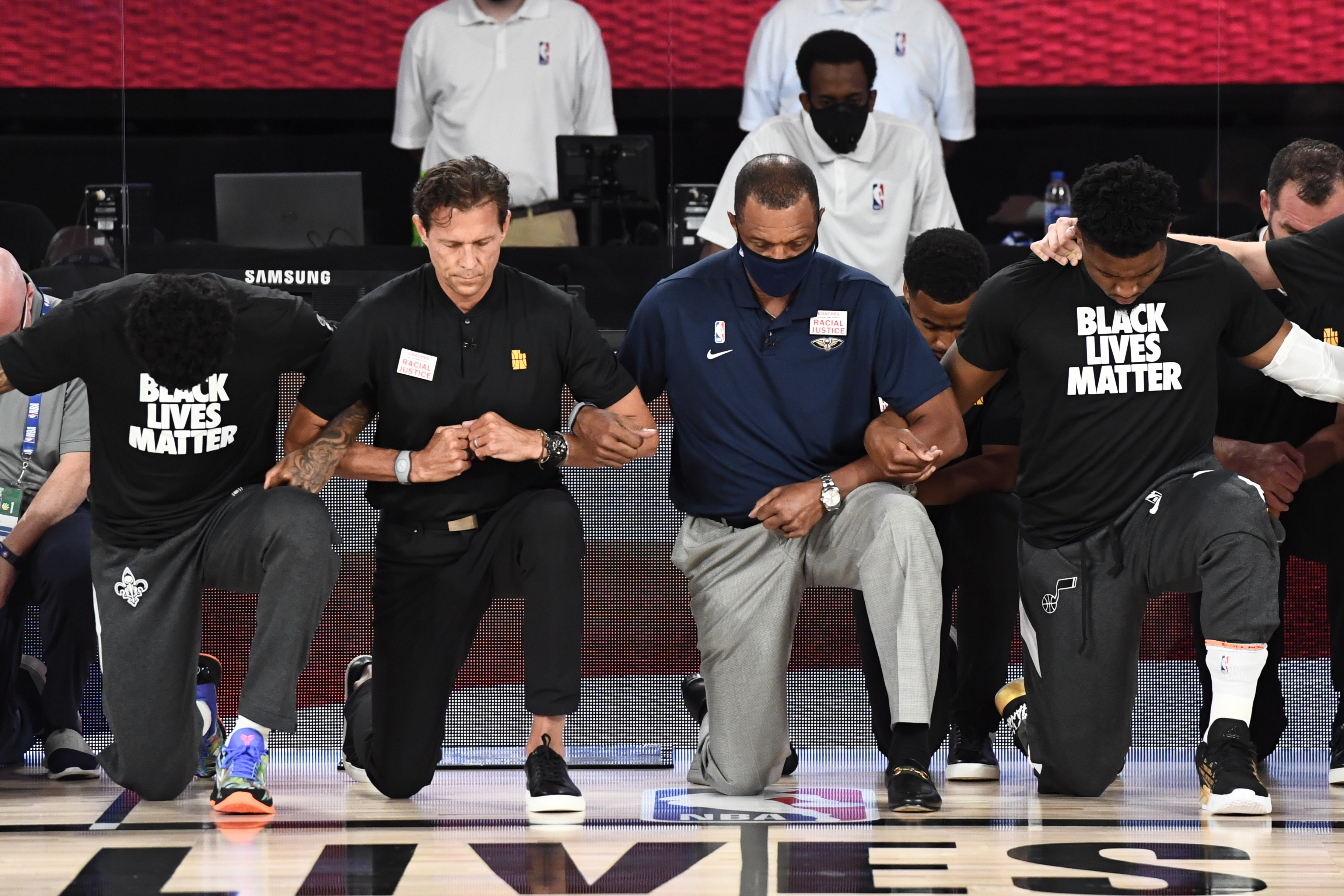 Gentry said the Kings did everything they could to make him feel comfortable while quarantining, allowing him to still have an imprint as a head coach.

Kings assistant and former star guard Doug Christie filled in as his replacement. Gentry was on numerous Zoom and FaceTime calls with his coaching staff and players, including during games. It also meant a lot to Gentry that he received text messages and calls from most of his players and his coaching staff. The Kings also sent food and other special items to Gentry’s home that he strongly appreciated.

“I was involved in talking about rotations and Doug did a really good job,” Gentry said. “I wasn’t very far away from it.”

Gentry, who said he only faced mild symptoms, cleared the NBA’s health and safety protocols on Dec. 25. He also told The Undefeated he received a Food and Drug Administration-approved investigational monoclonal antibody injection to help the healing process.

Gentry strongly believes that all Americans should get vaccinated and booster shots. For those who are skeptical, he offers a message that he has given to his own players.

“I’m walking around and I’m living proof that it works,” Gentry said. “I was lucky enough I had no symptoms, no anything. And so I feel fortunate as heck, but I had great people taking care of me and to get a booster shot. And I know what people say, ‘I don’t know what’s in it.’ But we got really smart people doing this.

Gentry — who has a career 518-605 record with the Miami Heat, Detroit Pistons, LA Clippers, Suns, New Orleans Pelicans and Kings — has a young roster in Sacramento, with players who range from ages 20 to 30. Gentry is old enough to be their grandfather or even great-grandfather. So how does Gentry relate with his players?

Having two sons in their early 20s has helped him connect with today’s players. Gentry also loves hip-hop music and is a big fan of rapper Drake. In fact, Gentry enjoyed a Drake concert he attended with his sons in New Orleans when he was the head coach of the Pelicans. He can also recite the lyrics to “Life Is Good,” Drake’s song with Future.

“I’ve got a 21- and a 23-year-old. I still can throw out a few Drake lines,” Gentry said. “I still got a little game from listening to their music and understanding everything that goes on. And so it keeps you young, I think. And I think where I am in my career and stuff right here, I try to give them words of wisdom, not just the basketball part of it, but life in general.

“I feel great. I used to say 60 is the new 40. Now 67 is the new 41, I guess. But I feel good about everything. And I think we got some good young pieces here and we’ll add other pieces, and I think that’s a good challenge for us.”

Said Kings center Tristan Thompson: “He’s more like damn near 42. He’s like one of us. He understands our language and that is why players like him. He’s older in years, but he still knows how to connect with us.”

Gentry has also connected with NBA players over the years with his straightforwardness, sense of humor and solid communication. He has aspirations of winning over the Kings’ ownership and front office and prove he’s deserving of being the full-time head coach by season’s end. It’s a daunting challenge as Sacramento hasn’t been to the playoffs since 2006.

Thompson, the team’s oldest player at 30, believes Gentry is a solid fit for the Kings.

“Alvin is great for this position,” Thompson said. “I’ve been around four [interim] coaches that got hired midseason. … You need someone that brings in fresh energy. And you know [Gentry], he’s a veteran coach but not no drill sergeant. You don’t want that right now. Everyone is trying to figure it out.

Time will tell if Gentry is still the head coach of the Kings by the time he turns 68 on Nov. 5, 2022. Regardless of whether the Shelby, North Carolina, native is with Sacramento or elsewhere, he will always be appreciative of his time in the NBA that began in 1989 as an assistant coach under Larry Brown with the San Antonio Spurs.

“Look at how the league in general has grown and what [former NBA commissioner] David Stern did to this league and how he made it so globally,” Gentry said. “I remember taking a trip to Africa [with] me, Wes Unseld and Alex English, and David Stern went. And we went to South Africa. We had dinner with Nelson Mandela. We did things like that that you could only dream of as a kid from Shelby, North Carolina.

“It’s been absolutely wonderful. You’ll never hear me say one bad thing about the NBA and what it’s done for me and the progression that the league has made in general.”