‘The city is behind your back. But the city did a lot for me.’

LAS VEGAS – A 2017 story by Business Insider listed Hinesville as the most boring city in Georgia, but Davion Mitchell fans back home begged to differ as they celebrated their native son during the 2021 NBA draft.

JJ’s Bar & Grill inside the Econo Lodge was packed as locals watched Mitchell become the first Hinesville native to be selected in the first round when he was taken ninth by the Sacramento Kings. The former Baylor University star’s high school coach Julian Stokes DJed the event. And hours after the draft ended, Mitchell went on Facebook to enjoy and appreciate pictures posted of the party from the bar’s page.

“When I got drafted, everybody was going crazy in Hinesville,” Mitchell told The Undefeated. “It was an amazing, amazing feeling here. The city is behind your back. But the city did a lot for me.”

About 2,700 miles away, Mitchell and the Kings won the Vegas Summer League championship on Tuesday by routing the Boston Celtics 100-67. Hinesville will always be in his heart, nurturing the basketball talent that eventually got him to the NBA.

When asked what he would do during a free day in Hinesville, Mitchell smiled and said he’d spend it at the Shuman Recreation Center.

Shuman offers basketball, volleyball, shuffleboard, billiards, pingpong, foosball and air hockey. Card games, spades in particular, are quite popular. It was commonplace for families to drop their kids off at Shuman after church on Sundays. And perhaps no kid spent more time there than Mitchell, whose grandmother was always nearby.

“It’s a good place to be, especially growing up,” Mitchell said. “Everybody is playing basketball the whole time and people are arguing, fighting, stuff like that, but it’s a good time. They got pool tables, pingpong. They got all that. We would go to Shuman from probably 2 to 10.” 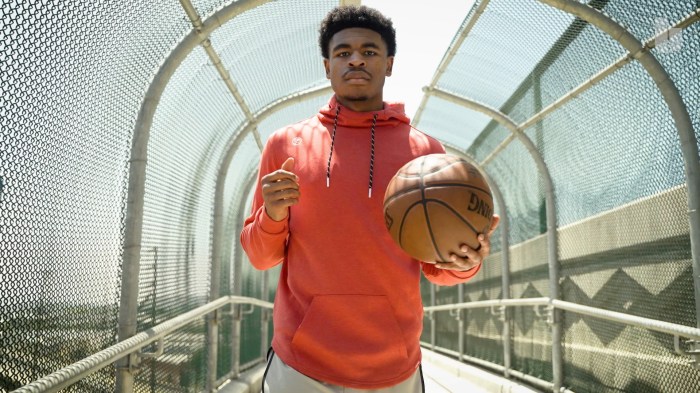 Former NBA player Jordan McRae, a Hinesville native, said, “We were at the gym all day. We would walk about two miles to McDonald’s just to get lunch in between games.”

There are two full basketball courts at Shuman. Court 1 was where all the talented adults and teenagers would play competitive pickup games while the kids played on the other court. Mitchell grew his basketball skills by playing against his three uncles and in AAU basketball. And by the time he was 13 years old, Brenda Mitchell said, her grandson was the only young kid allowed to play on Court 1.

Mitchell credits that gym for helping him develop into a basketball star and keeping him off the streets.

“If that place didn’t exist, there’d probably be no Jordan McRae,” Mitchell said. “There wouldn’t be no Davion Mitchell. … I just know we grew up in Shuman. Shuman was the spot for me getting better every day. I’ve played against older people because of Shuman. I got on the court with older people, got to guard Jordan McRae. … If Shuman didn’t exist, I don’t know what the city would be.

“If we weren’t in the gym, what would we be doing? We could’ve been hanging out with girls and not working on our game. Shuman really made us focus on basketball.”

Mitchell built a strong reputation for his perimeter defense at Baylor University, garnering the 2021 Naismith and National Association of Basketball Coaches defensive player of the year awards. He said his tough defense was the main reason the adults wanted him to play with them on Court 1 as a preteen.

“If you do things like defend the best player and you make it hard for him, you get to stay on the court,” Mitchell said. “And I always wanted to stay on the court. I always wanted to play with the older guys. I felt like I was getting better playing with them. Even though I wasn’t the best one out there at the time, I still got better guarding the best players. That’s what I love to do. I’m a guy who’s competitive.”

Mitchell also began believing that making it to the NBA was possible after seeing McRae do it.

McRae starred at Liberty County High School in Hinesville, but it took playing in the AAU for the Atlanta Celtics to truly get noticed. He was named to the 2010 McDonald’s All American Game and went on to star at the University of Tennessee. The 6-foot-5 swingman was drafted 58th overall in the second round of the 2014 NBA draft by the San Antonio Spurs, but began his professional career playing in Australia and the NBA G League. McRae made his NBA debut with the Phoenix Suns on Jan. 29, 2016, to become the first NBA player from Hinesville. He was signed later that season by the Cleveland Cavaliers and wound up winning an NBA title. He has played in 123 total games throughout his career with the Suns, Cavaliers, Washington Wizards, Denver Nuggets and Detroit Pistons.

Mitchell followed in McRae’s footsteps by not only starring at Liberty County High, but leading the school to its first Class 4A state title in 2016. McRae recalls getting calls from home giving him updates on Mitchell.

“My friend was like, ‘Yo, Davion’s the next one,’ ” McRae said. “And when I saw him, I couldn’t believe how taller and bigger he got. And I remember he broke a few of those records that I had at that school. I think he broke a lot of them his first year.”

After playing a season at Auburn, the 6-foot, 205-pound guard transferred to Baylor in 2019. Mitchell had 15 points, six rebounds and five assists to help Baylor capture its first men’s national title with an 86-70 win over undefeated Gonzaga. The first-team All-Big 12 selection also won the conference’s defensive player of the year award. And the 22-year-old is one semester away from earning his college degree in kinesiology at Baylor.

Once Mitchell returned back to Hinesville after becoming a national champion, he was given a key to the city, a parade and his high school jersey was retired on April 15. The parade included a motorcade that transported Mitchell to his old high school’s football stadium, where masks and social distancing were enforced and the locals paid homage during a ceremony.

“A win for Davion Mitchell is a win for Hinesville,” Mayor Allen Brown told The Undefeated. “He is our local, homegrown hero. Davion is a product of the Liberty County Recreation and Liberty County High School programs. Throughout his basketball career, he has inspired our community and the entire nation. We celebrate Davion’s accomplishments as a person, a basketball player and as a leader.

Mitchell was a winner in high school and college and led the Kings to the 2021 NBA summer league championship game. Meanwhile, the Kings have not been to the NBA playoffs since 2006. But considering that the undersized, defensive-minded Mitchell always has believed that he has had to prove himself, he believes going to Sacramento is a great fit for him. 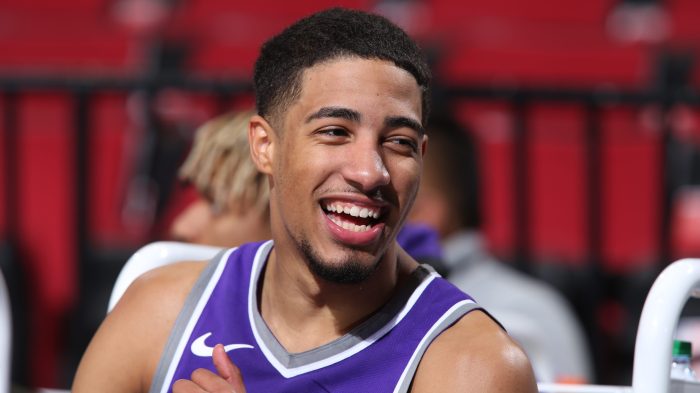 “It challenged me just to go in there and change the narrative like Sacramento can really be a really good defensive team and win games,” Mitchell said. “Hopefully, we don’t have a losing season. That’s my job is to go in there and play my hardest and do everything to help the team win and hopefully change the culture around.”

Mitchell considers McRae an important mentor and says they talk regularly. McRae says he has spoken to Mitchell about the dos and don’ts in today’s NBA. But considering that Mitchell is a homebody who still has the same girlfriend he had in high school, McRae isn’t worried about the small-town kid being seduced by NBA life.

“I talk to him a lot, man, but Davion is one of those kids, he’s so easy,” McRae said. “To give an example, when he was working out in LA, I was like, ‘Yo, make sure you just focus on basketball. LA, you can get into a lot of stuff in LA if you’re not careful.’ And his response was like, ‘Yo, man, I am in the house. I am in the gym.’ And I’m like, ‘I know, I just felt like I had to tell you that.’

“But Davion is no hard guy. Davion don’t do nothing, man. Davion plays the game with a lot of guys from back home, and he’s in a gym. That’s how he’s always been.”

Mitchell has gone back to Hinesville one time since the NBA draft to surprise his mother, Lakisha Mitchell, on her birthday. It pains him to know that Shuman has been closed for most of the pandemic. But as soon as he is able to, Mitchell plans on working with the aid of his uncles to build a recreation center and gymnasium back in Hinesville.

“I just want to do something there where I can just build a 24-hour public gym that people can just go. Just got to have the right people around them. I can do a good job of just being around them, being a part of the city. Just to help them out and let them know, no matter how small or big the city is, if you just work hard, people are going to notice you.”